If you are the enthusiast to seek alien and inquisitive in UFO(Unidentified Flying Objects). Then this news spikes you all.
The US most top secret military air base is the AREA 51 , which is located in Nevada is a highly classified base which deals with testing of advanced and modern technique in air field and due to its secretive nature it has conspiracy that it deals with UFO and alien creatures. The public has been known only on 2013 about the Area 51 as the top secret base due to the freedom of information right filed in the year 2005. This base is located to the south of Groom Lake which has become dry lake or in other words it's called salt flat lake. Many people have stated that they spot UFO's near the Nevada region and that Area 51 has majorly linked to the UFO  testings .However the CIA is tight lipped to the public queries.
Now recently a Facebook joke started to spread about Area 51 and in the result nearly 200k people have signed in a petition on the campaign 'Storm Area 51'. They have decided to break through the Area 51 to find out if really there exists a UFO research.
The Air base has also replied to the campaign that its ready to deal with the people of Storm Area 51 .
So, guys this is a huge news for jedi lovers. You can also sign the petition.
Already the Nevada part that is close to the airbase is an extraterrestrial area and is open for the public to visit. So next time if anyone of you visit Las Vegas then do visit Nevada as you can see the outline of the untold mystery Area 51. 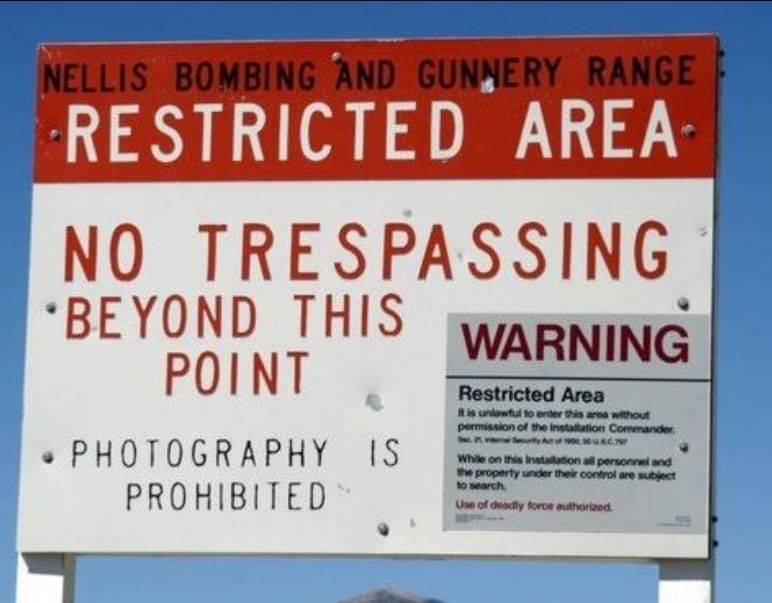