Tragedy in the Sahara

If you ever find yourself becoming unbearably arrogant and feeling that the Earth is lucky and privileged to have your future carcass crawling around on it, buy yourself a ticket to the Sahara Desert.

Conversely, should you begin to feel that your existence is meaningless and your puny butt insignificant in the grand scheme of things, put it in the Sahara Desert.

The Sahara possesses the two-fold ability to make you feel big and small at the same time.  The reason it makes you feel small is obvious: the Sahara is huge.  Traverse even a short distance into it and you get the sense that you are a flea on the back of a Saint Bernard . . . the size of Idaho.

The other aspect is a little more difficult to understand.  Somehow being alone in the Sahara makes you feel bigger and more in control of your life than ever before.  It gives you the sense of being the only flea on the back of a Saint Bernard the size of Idaho.  It is as if this whole Saint Bernard was created just for you.  How much bigger could you feel?

I left the town of Fes, Morocco following a rather eventful night which I have already described previously and in my escape, er, I mean, departure was attempting to be as inconspicuous as possible.  This meant passing up the opportunity to sign up for the 3 night excursion into the desert I had been told about the night before.

I knew however where this journey was set to begin and thought, "Who needs a tour guide?"  I slink off to the bus station and begin my journey through the Atlas Mountains to the edge of the world's foremost example of God showing off an ability to create a desert.

That day was spent travelling through a bleak brown, red, and occasionally green landscape.  This vast wasteland or playground (depending on your perspective) appears determined to swallow the bus whole at any moment.  But fortunately, we never reach the gaping maw which I assume waited for us at the end of the horizon.

I depart the bus at a town just outside of Merzouga.  A more responsible traveller might know the exact location, but there is a fine line between being responsible and obsessive compulsive which I have never gotten near enough to catch a whiff of.

I find the area where tours depart from and wait for these "responsible" tourists to arrive.  I watch as they climb atop camels and head off to spend a couple of nights in the Sahara.  Once they disappear from view I follow in their tracks like a mongrel dog into the desert of Algeria.  I am going to say I was in Algeria because I heard someone say we were in Algeria.  I didn't actually confirm that we were in Algeria because I wanted to be able to say I was in Algeria even if I wasn't.

Into the Sahara Desert I wandered alone, assured that a tragedy awaited me at any moment due to my foolhardy and dangerous decision.  The first mile in a deadly snake totally failed to materialize and sink its venomous fangs into my ankle.  Surprised, but grateful, I ventured on.

Further on a violent sandstorm didn't come out of nowhere blinding me and causing me to lose my way.  Although I will say that the wind and sand of a non-storm Sahara was sufficient to make me whine and cry like a baby.  But a true storm held back.

But my luck was about to run out.  I climbed to the top of a hill and there it was.  The vast beautiful desert that creates legends sprawled out before me.  Orange sand dunes drifted across the horizon.  I waved at a couple of droids I could just make out struggling through the sand, but vanished when I called out to them.

The view was not breathtaking so much as breath aware.  One of those rare moments when you actually realize you are breathing and take the time to enjoy the experience.  I take a moment to thank the oxygen for entering my lungs allowing me a little more time to experience this moment in time, then I reach for my phone to immortalize the view in pictures, and tragedy strikes.

My phone and consistently reliable companion was dead.  Oh curse the evil desert gods for this cruel treachery.  To make matters worse the sun began to say its goodbyes with a colorful burst upon the sand making it somehow even more brilliant orange than it had been before and making everything yet more peaceful and serene.

I sat down in the sand and watched as more stars than should reasonably fit into the sky came out to sparkle in the sand, making it difficult to tell where one ended and the other began.

Eventually, I turned to make my way back, fully expecting the wind to have erased all evidence of my passing, leaving me to wander alone forever searching for that water fountain Gary Larson liked to put in the desert, but the tracks were still there.

The Sahara was being kind to me this night.  I made my way back to town feeling big and small and not filled with snake venom. 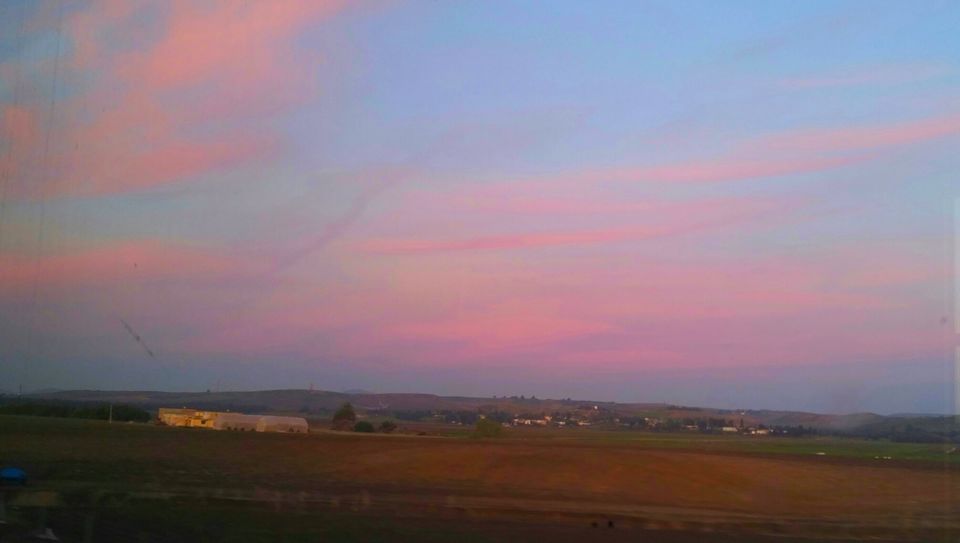 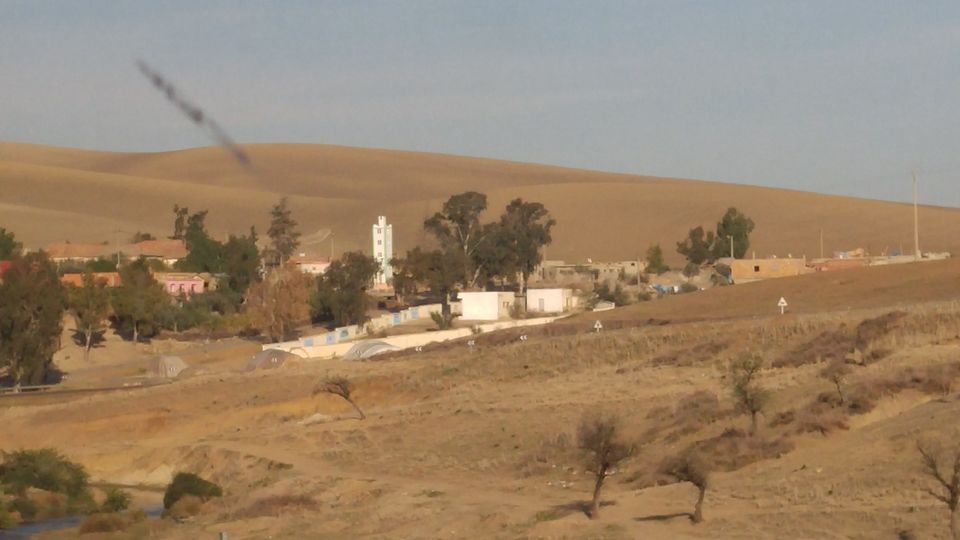 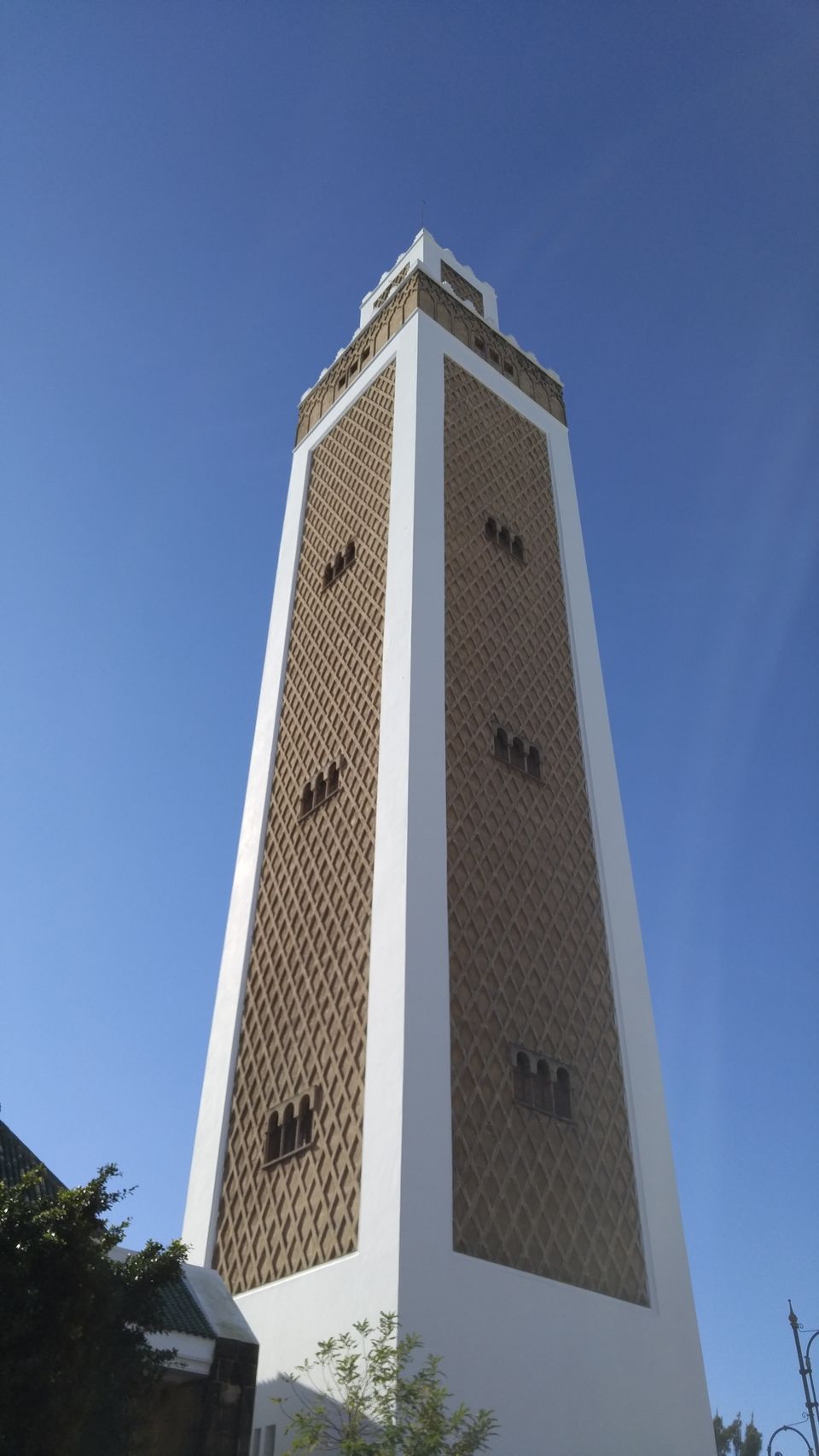 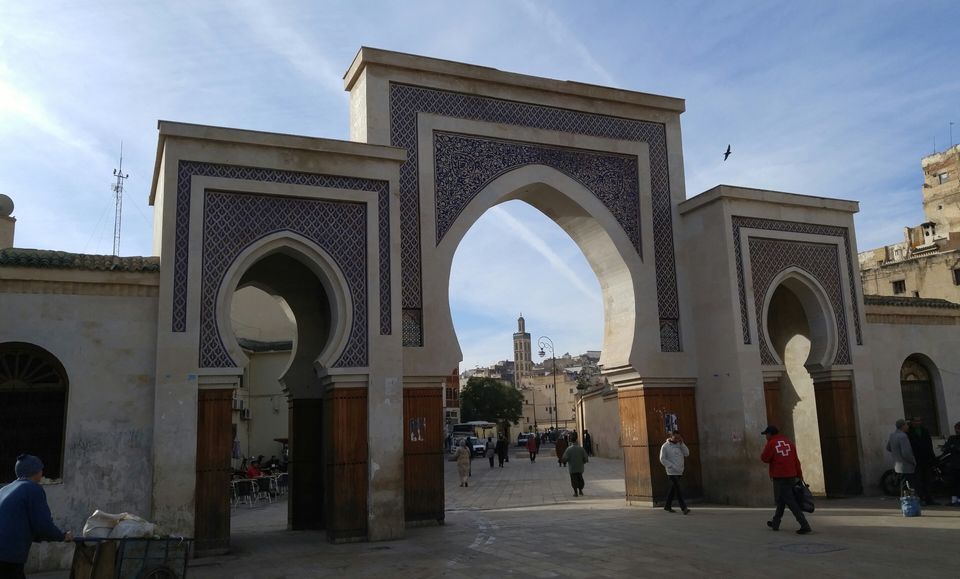