Himachal Is Flooding! Be Careful If You Are Planning A Trip 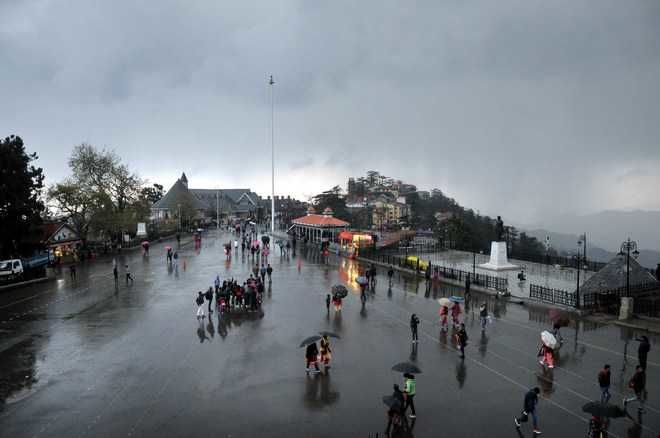 Tourists' favourite hill state Himachal Pradesh has been facing the wrath of rain gods since past few days. The state has been reeling under flood leading to landslides and causalities. The Queen of Hills and state capital Shimla received the highest rain in 117 years, as per weather office.

If you are planning a trip to Himachal, you might want to put off your plans. Here is everything you need to know about Himachal floods including blocked routes and weather forecasts.

Himachal Pradesh Chief Minister Jai Ram Thakur informed that the floods have claimed at least 16 lives in the state as of August 13. The CM has ordered all senior officials of state government to review the situation that has raised due to heavy rainfall recently. CM Jai Ram Thakur has also directed an immediate restoration of roads, water and power supply. All the schools in the state have been shut owing to heavy rainfall.

Landslides triggered by heavy rains claimed eight lives, including four deaths in Mandi, followed by four in Solan district, two each in Kangra and Hamirpur districts and one each in Una and Bilaspur.

923 roads have been closed across Himachal Pradesh, including six National Highways, due to landslides. Landslides blocked Chandigarh-Shimla highway at various places.

All trains on the Kalka-Shimla route were suspended on August 13.

The Chandigarh-Manali National Highway-21 has been closed for vehicles near Mandi.

The rain fury doesn't seem to end anytime soon as India Meteorological Department (IMD) has predicted heavy rainfall in the state for next 48 hours.

State authorities have issued a warning for tourists and people living in low-lying areas to not to go near the Beas River as water is being released from the Pandoh Dam in Mandi district.

Keeping in view the IMD predictions and poor vehicular movement in the state, it is best for tourists to avoid any plans for next one week at least.

For more updates on places of your interest, stay tuned to Tripoto. You can also share your travel experiences, trip ideas and property reviews with global Tripoto community here.