Jeju Island: Visa-on-arrival, a green volcano and other reasons to visit this weird little place

The weird coexists with the sublime on Jeju Island in South Korea. A volcanic island located within the vast expanse of the Pacific Ocean, Jeju Island promises a thoroughly Korean adventure. Almost everyone in South Korea will visit Jeju Island at least once in their lifetime. A couple of my Korean travel friends highly recommend visiting this fascinating place, so I did some research and decided to share what I found with the Tripoto community.

So here's what I found out about visiting this awesome piece of paradise in the Pacific. 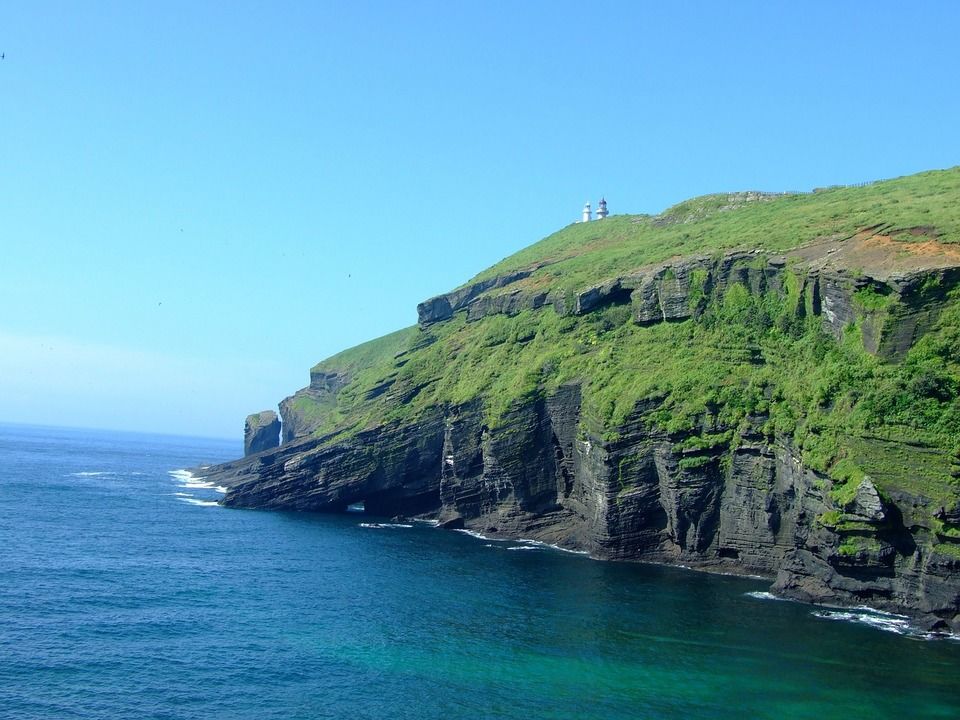 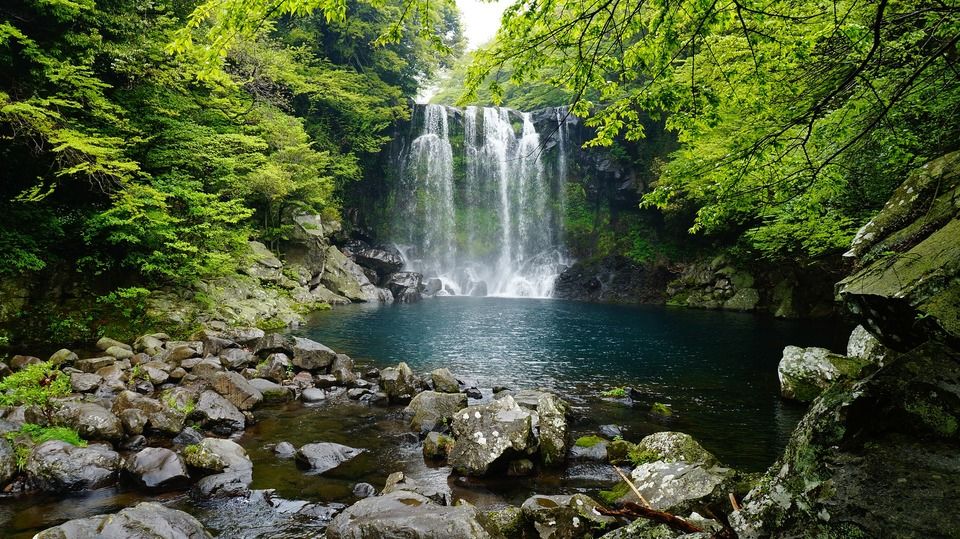 There is a beautiful volcano, right in the middle of the island, which sometimes gets covered in colourful flowers. 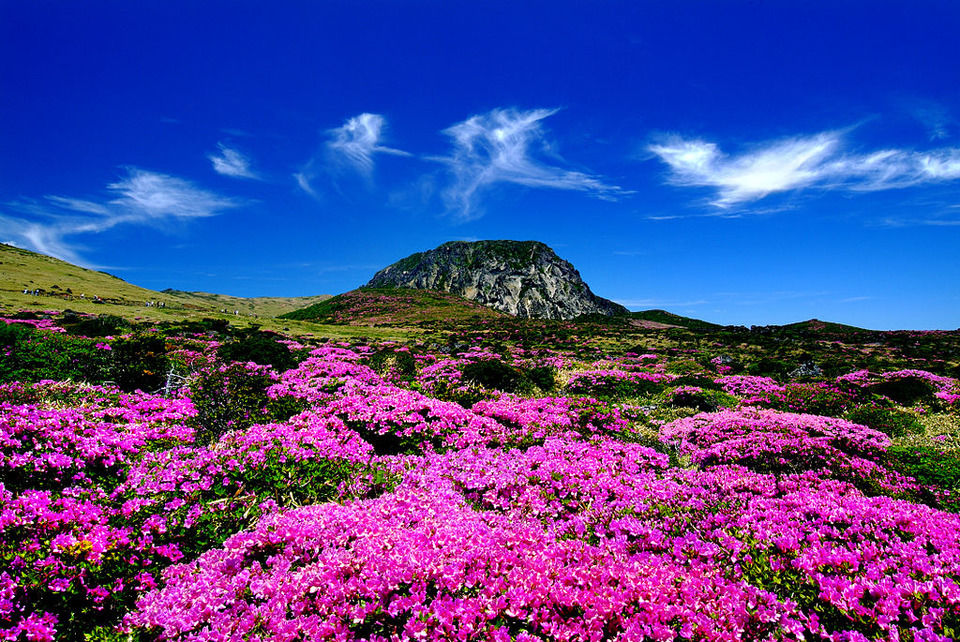 And it is even more sublime when covered in snow. 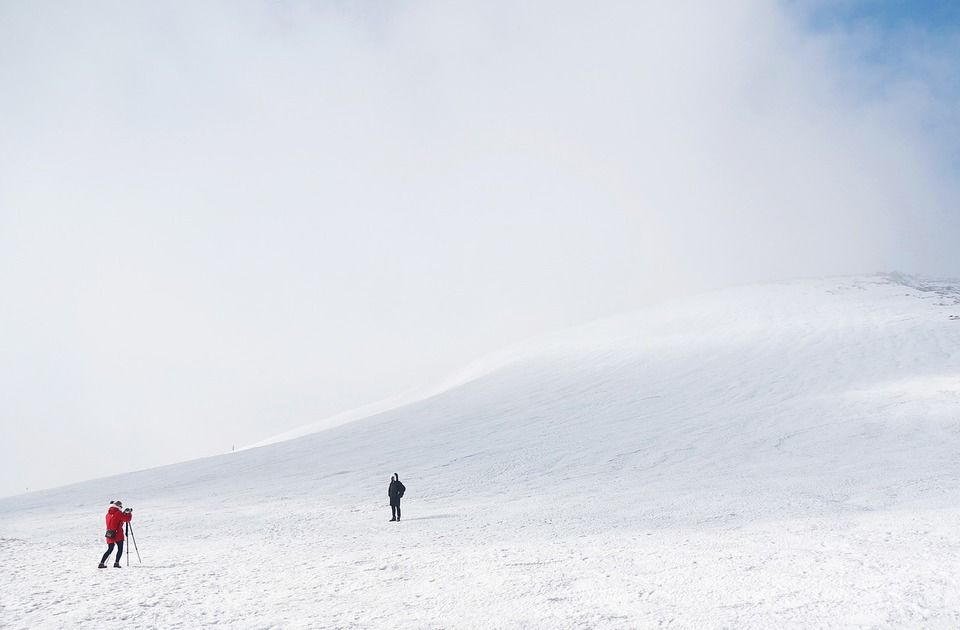 It's romantic, peaceful and almost soothing to look at. 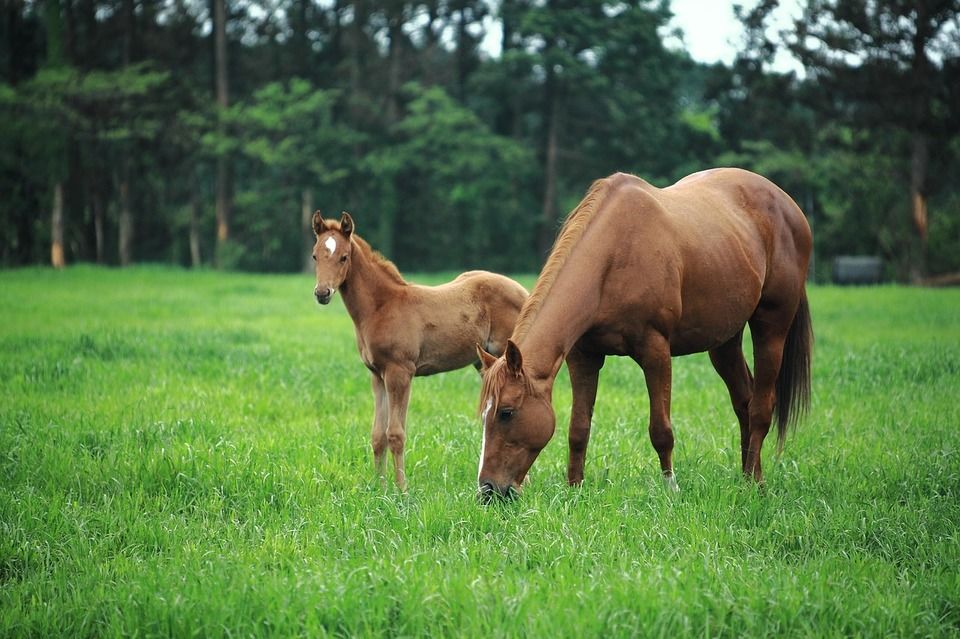 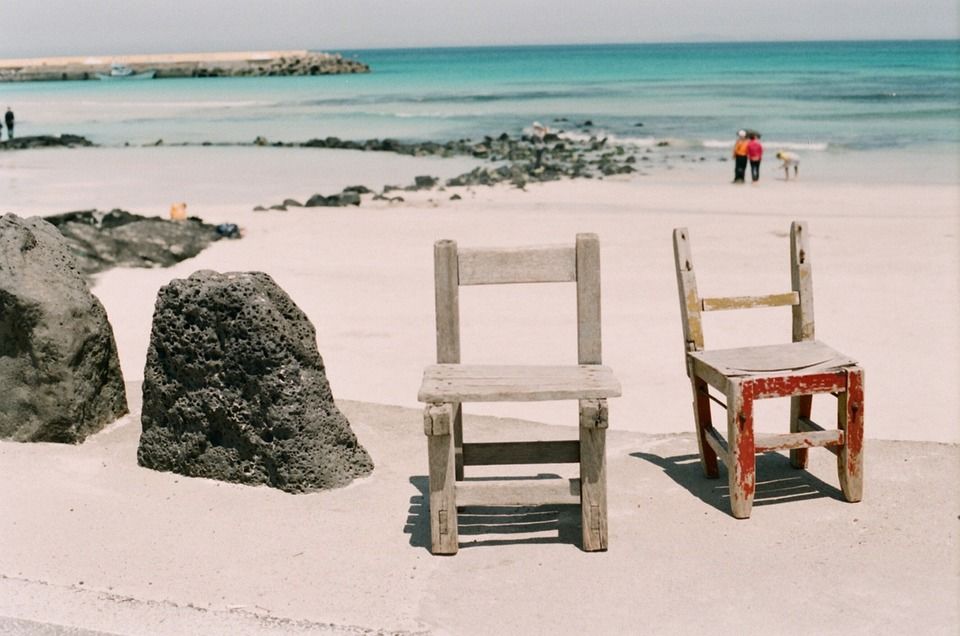 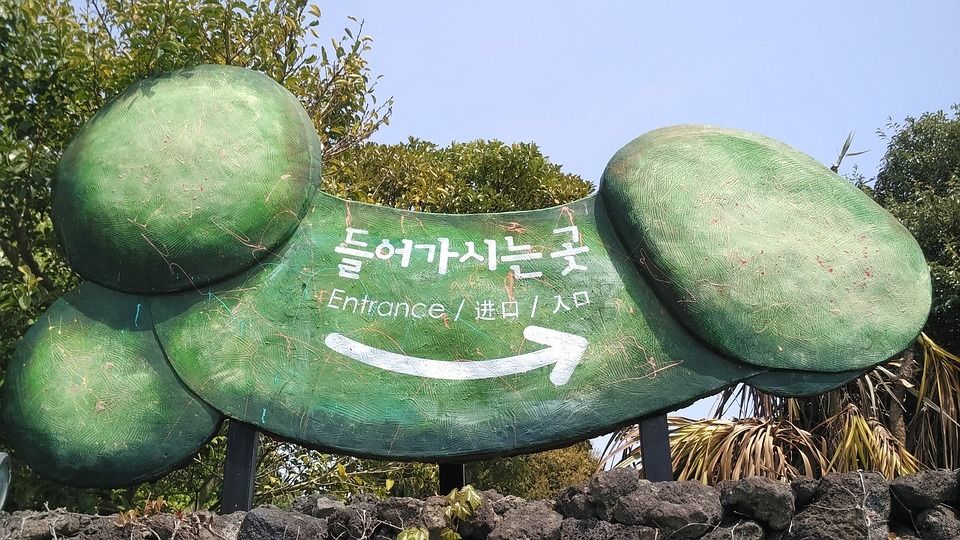 Sold? I had you at volcano, didn't I? Can't be just me... Anyway, here's the rest of the scoop on Jeju Island, South Korea.

How to reach Jeju Island in South Korea

The Jeju International Airport has weekly connectivity to most major airports in China, Japan and Southeast Asia, and frequent flights from other Korean cities such as Busan. Also, there are daily ferries and boats from Busan, Mokpo, Incheon, Wando, Nokdong and Yeoso. A one-way trip from the mainlaind to Jeju can cost anywhere between KRW30,000/1700 INR - KRW60,000/3500 INR.

Jeju Island has a special entry arrangement for tourists. Indian nationals, though, can visit the island without a visa. In fact, people from most countries don't need a visa to visit Jeju Island for 30 days (see the complete list of exceptions here), as long as your main purpose is travel and you are staying within Jeju Island.

If you are planning to visit other places in South Korea, then the rules are different. Indians need to apply for a tourist visa in advance (single entry, Rs. 10,600 onwards). Read about South Korea's visa policy here.

Getting around on Jeju Island

There are no trains on Jeju, but a local bus service connects all the main dots. Taxis are available, but Jeju is huge and the fares would quickly add up. In my opinion, the best mode of transportation on Jeju Island seems to be a two-wheeler, which my sources say are available on rent for about 37,500KRW (2000INR) a day. Renting a scooter is commonplace among tourists and there are several motorcycle and car rentals available on the island.

What to do in South Korea's favourite getaway

The pictures of Jeju Island above justify the fascination it demands. Everything on the island, both unspoilt and human-made, is tailored for travellers. While this could seem off-putting, Jeju is fascinating even where it is contrived. Here's everything beautiful, heart-warming and weird about Jeju Island in South Korea.

The unspoilt landscape of Jeju Island

The island is blessed with beautiful weather, lush forests and a number of volcanoes to top it all off. Here's some of my favourite picks for your Jeju Island itinerary.

The volcano in the middle

The highest point in all of Korea, the mossy-green Hallasan is a jaw-dropping dormant volcano that has fundamentally shaped the island. The volcano sits in the middle of Mt. Halla National Park, carved with hundreds of miles of unspoilt hiking trails. Buzzing with a diverse eco-system, the volcanic national park is reason enough to visit Jeju Island. There are five distinct hiking trails in the National Park, all leading out from Mt Halla in the middle. Each trail is about 8km, so not all of it can be done in a day. Expect at least three days of hiking in the forest. Woohoo! 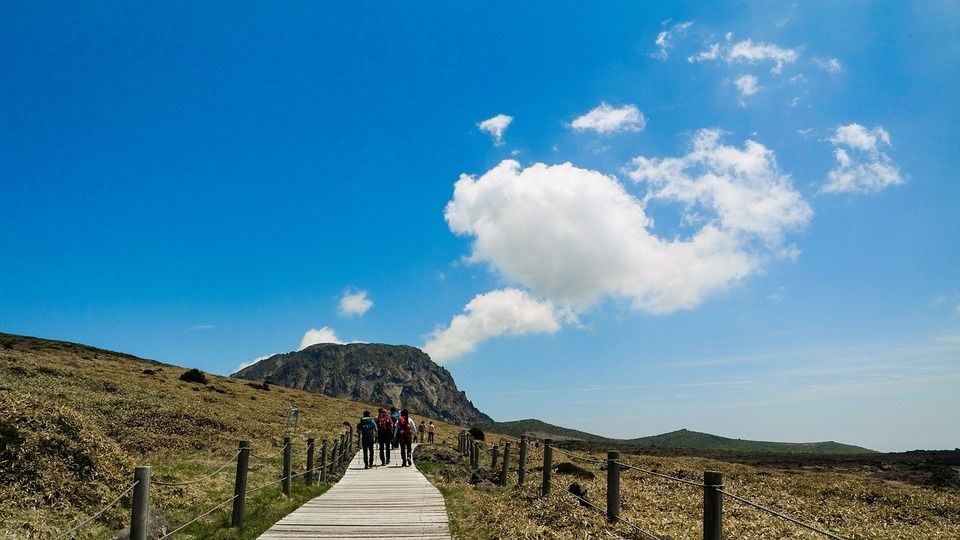 Lava tubes and caves of Manjanggul

They had me at lava tubes. Created centuries ago when hot magma from Mt. Halla melted through the surface of the island, the network of lava caves and channels measures around 7km, although only 1km is accessible to the public.

The sun rises quite close to Jeju Island. So waking up early to make the 30 minute hike to the top of a tuff volcano, that cradles a beautiful blue lake in its caldera is a good idea.

Get the perfect beach shot at Hyeop-jae Beach

On the northern coast of the island is Jeju's most picturesque beach, where the island feels at its most tropical and beachy. Clear waters, which look perfect for swimming in the summer and a perfectly-carved white sandy beach. Sold!

BTW the statues in the picture below are called Harebung. They are unique to Jeju island, carved out of its volcanic rock and can be up to 3m high! 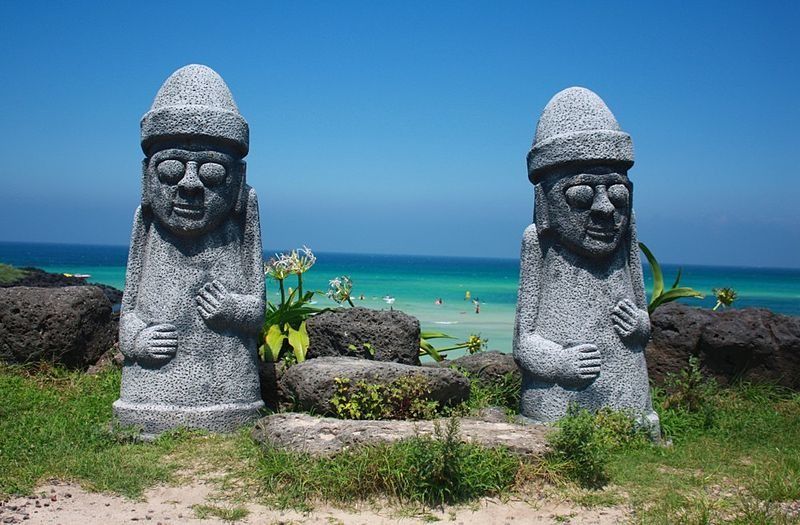 Off the eastern coast of Jeju is a secluded, tiny island, a quick ferry-ride away from Jeju. It is the second largest island in Jeju province, after Jeju itself.

Now on to the weird, naughty bits of Jeju Island

Jeju has an interesting, almost ridiculous approach to art and architecture, which is one of the greatest reasons to visit this funny little place.

This museum, literally, is a tea-cup. The quirky building is set in an actual green tea plantation with the signature Korean non-ironic, meta-art thing going on. Definitely adding this to my itinerary.

The kinkiest place on earth

Love Land is quite possibly the weirdest place on Jeju, if not the entire planet. The adult-themed park is an unusual psycho-sexual expression, that is funny, provocative and titillating all at once. It all makes sense considering that Jeju Island is South Korea's favourite honeymoon destination. I am going to let this group of travellers take you on a proper tour.

Of course there is a teddy bear museum on Jeju Island. Apparently, lots of people are actually into vintage, unique teddy bears and some of the more unique ones are on display on Jeju's very own Teddy Bear Museum.

Ripley's Believe It Or Not

I am normally not into franchise museums, but on an island like Jeju, a place full of strange, unbelievable artefacts and stories seems oddly intriguing. Definitely adding this to my list.

The local currency in South Korea is the Korean Won, and as per the current exchange rate (as of February, 2017), 100 KRW is approximately 6 INR. Here's the full breakdown for a 7-day trip to Jeju Island (budget to midrange).

I hope this guide convinces you to visit Jeju Island. If you've already been there, share your own guide or hit me up if you have any questions.