Leh Travel GuideLeh TripsLadakh Guide- Best Season, What To See, Do And Eat

Ladakh Guide- best season, what to see, do and eat 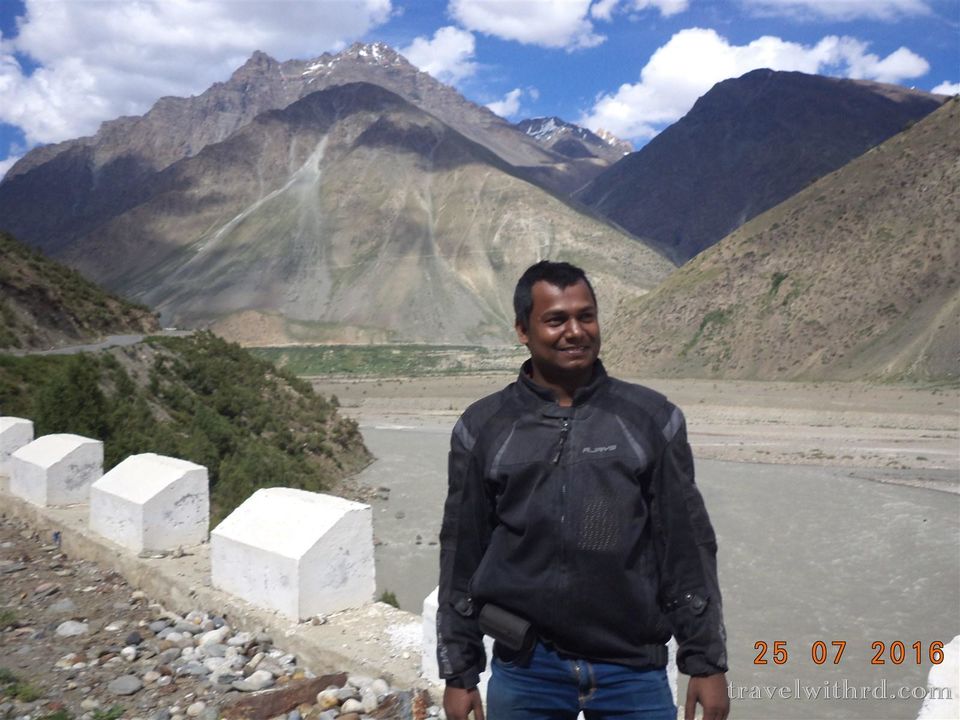 However, going to Ladakh is pleasant in any season, but there is something else about the monsoon. Despite being a desert, Ladakh could not remain untouched by the effects of rain. The green foliage starts to appear around. There is no indication that anyone can not even see a leaf in the winter. Ladakh looks different in every season. If you go to winter, the red and brightly colored Monestries will be welcomed with warmth like a hot fire. In the same rain, Ladakh Hari will be seen wrapped in Velvet Dushale.

The most beautiful weather of the year

On the other hand, the road to reach Ladakh is also opened, and going to Ladakh is also good. The beautiful Ladakh traveled to reach him as beautiful as it is. This is a happy journey that every traveler wants to do once in the journey of road trip. This path becomes very difficult when the monsoon comes. It seems as if nature has kept everything covered in a scourge. The amazing scenes of appreciation, such as arms are waiting. Road trip from Delhi to Ladakh will be like a dream for anyone. Crossing the beautiful litigants of Sonamarg from Delhi and Kashmir and passing through the josilla passes from Delhi, Leaving Draco and Kargil behind Leh, it seems as if some action has been done.

Leh City has a lot to see. 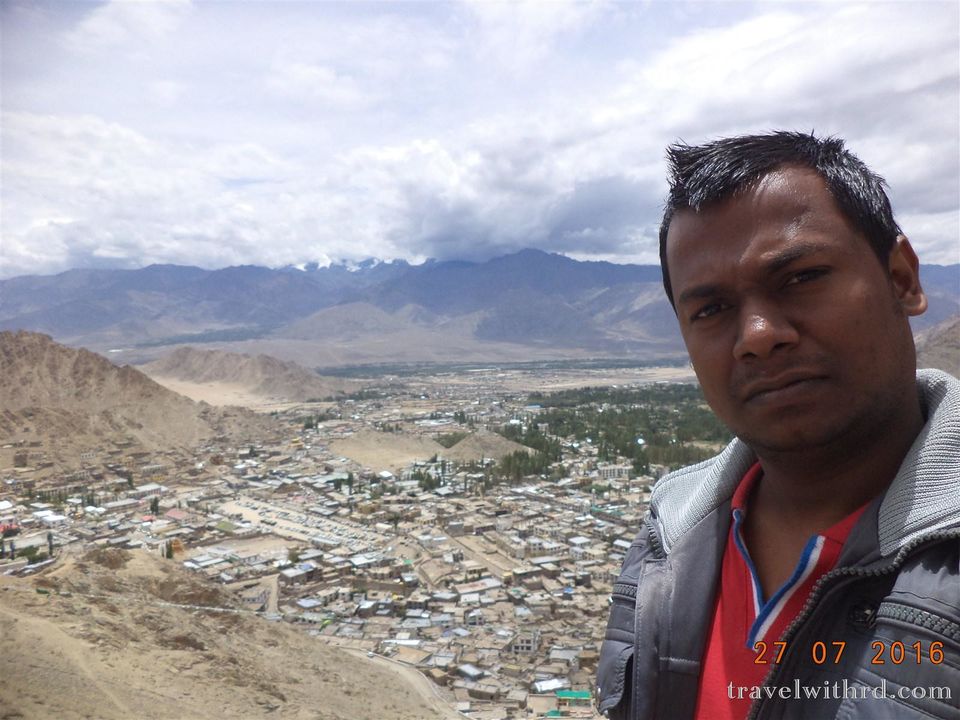 The city of Leh is known as the highest desert desert city. You can also say that if Ladakh is the roof of the world then Leh Ladakh heart A small bowl of a bowl but the perfect city of yours is Leh. Bowl because Leh is surrounded by mountains peaks from all sides. And Leh is like a bowl in the middle of the valley. There is a lot to see here. Like Shanti Stupa, Leh Palace, Old Town Market, Thikse Monastery etc.

The name of the city of Leh comes as soon as it comes in the white dome that is surrounded by the blue sky under the gray and gray colors mountains. This is Shanti Stupa. It was built in 1991 under the Peace Pagoda Mission by a Japanese Buddhist monk Gomoyo Nakamura. Today people from the world come to see this beautiful pagoda. It is built on top of a mountain five kilometers from Leh City. Its height is 11,841 feet above sea level. The views of Leh city from here are wonderful. This stupa takes place much more beautiful than the beautiful day it takes. In the blue and brightly colored sky, the decorating stupa is very beautiful. 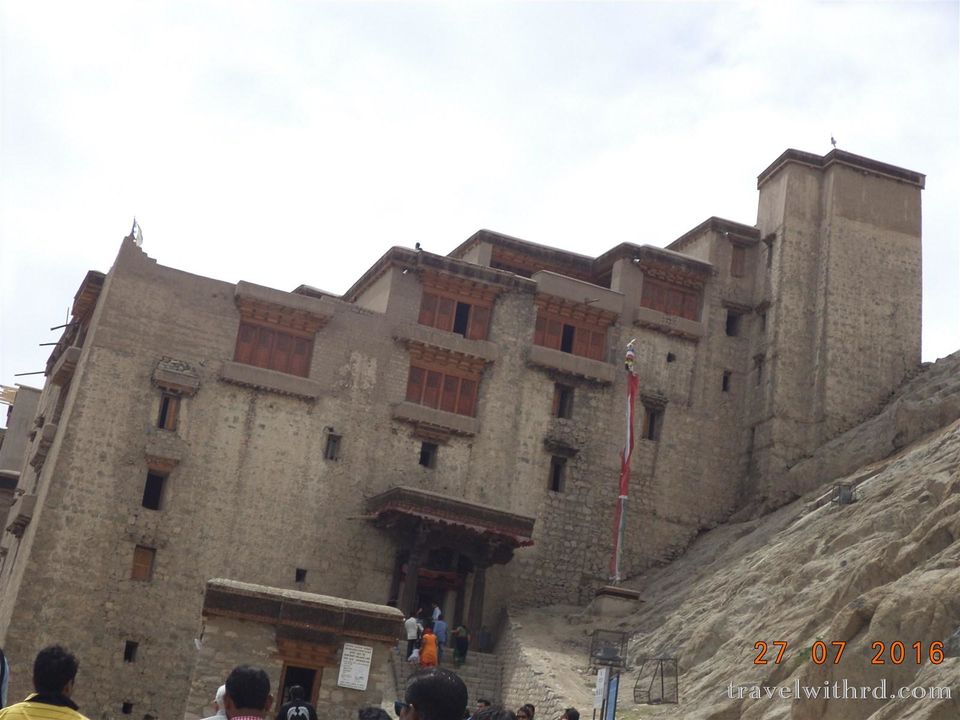 This beautiful palace built on the lines of the Potala Palace built in Lhasa of Tibet was built by King Sengi Namgyal of the Raj Bhavan of Ladakh in the 17th Century. The nine-storey high palace is still witness to the glory and affection of the Ladakhaki royal family. There is a huge museum in which some rare items of Ladakh Dynasty have been preserved. Before the 19th century, the Namgy Raj family lived here. Due to the Ladakh infiltration of the Dogra army in the 19th century, the Raj family had to move to the Stock Palace built in Stock Village. Today this palace is open to the people. Come here and get a chance to be rich in Ladakh's rich culture.

Thikse Monastery is a magnificent monument 17 kilometers from Leh City. In which a huge idol of Mahatma Buddha's maternal spirit is established. The height of this statue is 49 ft. It is the highest statue of Buddha in the entire area itself. Thikse Monastery is itself a large complex where many things related to Buddhist sect can be seen. This monument is spread over a 12-storey building, which can be seen from a distance.

The current residence of Namgyal Dynasty, the Raj family of Laddak, is in the Stock Palace. This beautiful palace made in 1820 is a beautiful example of Ladkakhi and Buddhist architecture. Everything here has been preserved as a heritage. Stock Palace opened for public by the Sri Dalai Lama in the year 1980. Shown standing at a height of 12000 feet, the Stock Palace is still holding the glorious past of Namgyal dynasty. The Zanskar range on one side of this palace and on the other side the Great River Indus (Indus) flows. The Raj family still lives in the Stock Palace and in order to convince people of Ladakh culture and tradition of Raj Gharana, the King, Shri Jigyd Wangchuk Namgyal has converted a small part of the Palace into the hotel. You can come here and spend some time with the royal family.

Festival at the Monument

Not seen in Jharkhand in Ladakh, I did not see anything. Kadrat has lavished so much beauty in this place that no time in the eyes The name of Zanskar Valley lies in the name of a mountain range here. This mountain Mala connects Ladakh with Jammu and Kashmir. Some part of it separates Kinnaur and Spiti from Himachal. It is also considered the highest mountain range in Himachal. Zanskar falls under the Valley tahsil. Where Zanskar is connected to Kargil by road, he can cross the Singoli Pass from the Tracking Route and reach Jhanskar even from Himachal. It is not easy to reach here but by looking at these amazing views by crossing the difficulties of the road, you will realize that the difficulties of the path are nothing. For this beautiful view. You will forget all the tiredness in a moment. Seeing nature in such a broad form is an experience that can not be described in words.

The clutter track is one of the world's exciting thrill tracks. Tracking in the queue on the white sheet of the Zanskar river, which was frozen in winter, is like a dream for adventure lovers. At the same time, the advent of river rastering in the Zanskar river in the summer season is also amazing.

This valley is like paradise for the lovers of the Himalaya trekking trends. Here are many exciting tracks like Baby track, Tangyar track, Kanji - Daracha track, Saruchu Padum track, Kanji Jangla track and Lamayuru Padum track etc. Some of these tracks are one month old.

The journey is not incomplete without the pangong lake

3 Idiot's famous pangong lake is not seen, it seems that the trip to Ladakh is incomplete. Built on a hill of 14270 feet, this superficial lake is famous for its blue water all over the world. 60 percent of Pangong lake is in China and only 40 percent in India. This lake is spread over five kilometers. The water of this lake is very saline, yet in winter the entire lake gets accumulated. It takes approximately five to six hours to reach Pangong from Leh. This road is full of gorgeous and adventures. There are many Ladkakhi villages in this path, and with the help of the snow-covered good pass, which is 17,590 feet high. It's a dangerous and risky pass. It is said that reaching nearby peak should not exceed 15-20 minutes. Due to the lack of oxygen there often the people of the area begin to feel uneasy.

The village of the people of the army of Alexander the Great is alive here today. It is called Pure Aryan. But you will not believe until you see them. This village is special in many years. Go to Ladakh, then go here. Aryan Village extends to the Batalik near India's Pakistan border. It is located approximately 65 kilometers from Kargil. The villages of Aryans are found around the Indus river. They do not have to give proof of their being Aryan. Apart from the people of other Ladakhi villages settled around these villages, these people are able to see Aryan only. Long thick stick, high chickbone, blue blue eyes and blond hair.

Even today, if you wear new fashion clothes, but in their festivals, you can see them in their traditional costumes. Due to nature's nature, natural objects are very important in their life. This makes vegetarian meals daily in Mirah. Only on a special occasion when they offer a goat's sacrificial offering to their favored deities, then they consume masahar. Their women are very beautiful. Due to desertification along the Indus river, these people cultivate despite the desert terrain. And the mother of many civilizations, with the boon of the historic Indus river, find two crops in this year.

Although Leh Ladakh has saved the common heritage of many religions, such as Buddhists, Muslims and Hindus, besides this there is also an important monument associated with Sikhism. Gurudwara stone Saheb is 25 kms away from Leh, an important site of Sikh community built at an altitude of 12000 ft. It is said that Guru Nanak Dev Ji had come here during his visit to Tibet in 1517.

Where one is present at the Buddhist Festival, you get a chance to be impressed with the cultural traditions here, while there is a chance to taste the traditional food of Ladakh. Momo, Thuppa and a special kind of liquor that these people prepare themselves. Taste the butter tea here. Bagkadka is eaten specifically in Ladakhaki food. To avoid colds, noodles, vegetables, and meat pieces are cooked together, and it is served with the local bread, which is called yeast. Thupka will be found in the smallest shop in Ladakh. Mokthuk is another dish here, which Ladkakhi people eat with big fan. In this dish, Momos is cooked with soup and hot hot is served. Chang is the indigenous liquor here, which Ladakhi people prepare themselves. It is a lightweight addiction. When these people go to work in the fields, they carry the chhangha, which they keep warm by drinking them and also gives the power of handing two two hands in the cold weather of Ladakh.

If you have learned the art of living life, then learn from these Ladakhis. Its won Examples are their home The center of the house of Ladakhi families is their kitchen. This is the place where people spend most of the time. When the white sheet of Ladakh ice is covered under a few months of the year, then this is the place from where the whole family receives energy. Ladakhi kitchen has been modern since centuries. I got a chance to see 600 years old kitchen here. This kitchen had a modular cooking top made of granite, which had four burners and had a baking arrangement below. The cooking stove attached to the fireplace was run by the woods. It was very surprising to me that in the Ladkakhi society, today 600 years ago, there was such a modern system. Their home walls are also about to beat the modern insulin system. The walls that are visible from the outside of the soil are almost two feet wide, which are made from straw, hail and soil layers in such a way that even when the mercury minus 20 or 40 goes, then the heat remains intact within the house.

There is a small but all-purpose market for shopping in Ladakh, which is called Old Town Market. From here you can do shopping for Sovaniyas associated with Buddhism, as well as take the equipment and accessories used in tracking. Because of China's border near here, China's good things are found here. For women it is a good place to shop.

To be beautiful with the best views of the country and the world, remain same with me.

Will meet again on any other trip