The only one ice skating rink in the whole of Kerala. An entertaining game zone. A classy bowling alley including 12 lanes. A world-class 5D experience of cinema and a number of other entertainment options at one place.

Well, the answer for this is surely Sparky's at the Lu-Lu mall. Though Kerala cannot boast of a long history regarding malls, it definitely adds to the tourism prospects of the state.

Kochi, which is by far the most happening place and also is the commercial capital of the state, received a major makeover on its face with the launch of the Lulu Mall in Kochi. Once you are in Kerala for a vacation, you should visit this famous Lulu Mall.

Here's have a look at Travelet's visit to the Lulu Mall, Kochi:

Lulu Mall is located at the Edappally Junction, in the city of Kochi, at the junction of two national highways, NH 544 and NH 66. In a short duration, this mall has become a retail hallmark of Kerala and a leading tourist attraction.

Lulu Mall contains more than 215 outlets in total and Sparky's is one of them which includes awesome rides, ice skating rink, a bowling alley and a game zone.

According to the official website of the mall, The Sparkys Ice Skating is the only ice skating rink in Kerala. 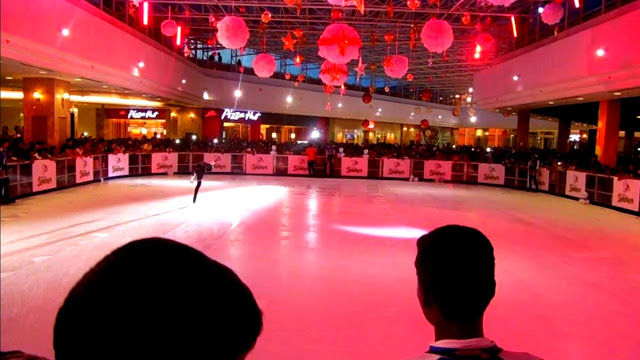 An absolutely awesome place to enjoy and have quality time with your loved ones. Food, different games and lots of fun, that is what sparky is all about.