Centuries ago, the Indian spices were quite popular in Europe.

The Portuguese explorer, Bartholomew Dias sailed out of Lisbon to find India. He ended up at the southern tip of Africa, which he called 'The Cape of Good Hope '.

The Italian explorer, Christopher Columbus tried to reach India by a different route. He sailed from Spain and headed towards West. After a few weeks, his ship hit the Carribean islands which he mistook as India!!

Another sailor who ventured for India was John Cabbot. He ended up in North America.

In 1497, King Emmanuel of Portugal entrusted Vasco da Gama the task of finding India. Vasco da Gama set sail from Lisbon along the East coast of Africa and around the Cape of Good Hope, finally reaching India (Calicut) in 1498. He established trade relationships with the Calicut ruler (Zamorin) and the Raja of Kochi.

On his third visit to India, Vasco da Gama died at Kochi (1524). His body was buried at Kochi.

Fourteen years after his death, his remains were removed and carried to Portugal. The body was re buried at Jeronimos Monastery, Lisbon. 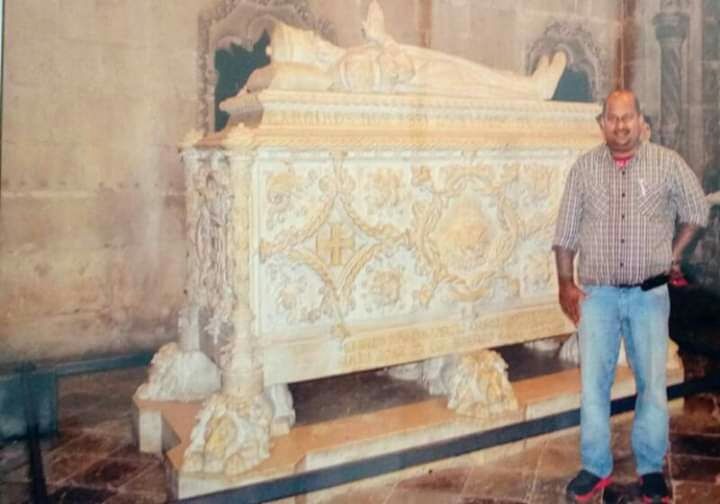