View from my bedroom window, Warsaw 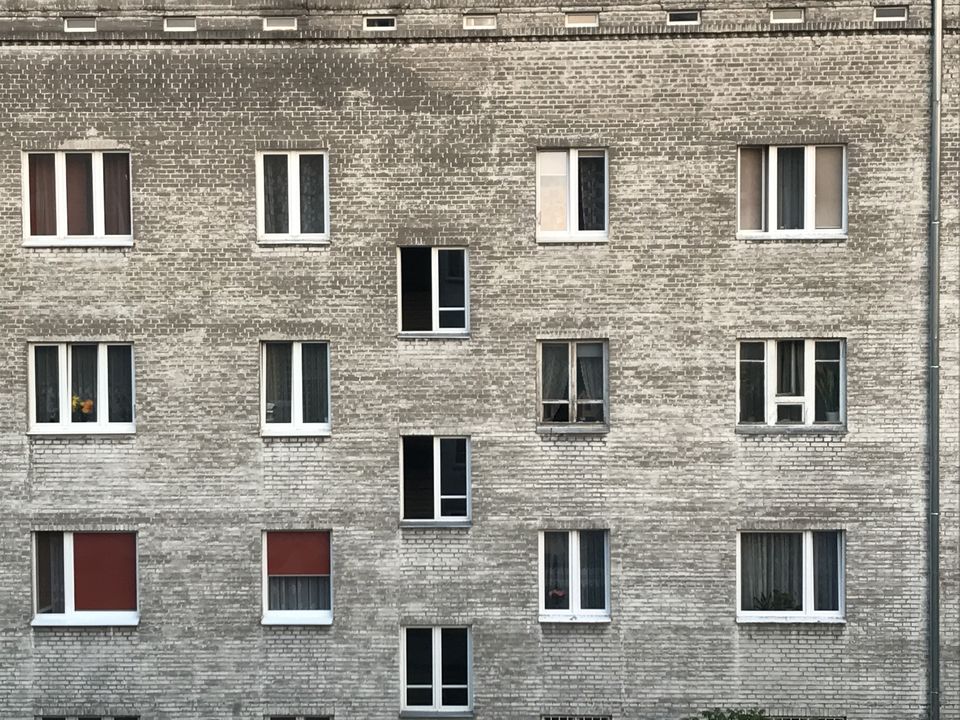 I found Warsaw to be a surprisingly multilingual, multicultural place. I was walking just outside the Old Town on my first day there and noticed a couple walking parallel to me, speaking English. “I came to Warsaw first when I was fifteen,” The woman says. Her accent was thick, something European that I couldn’t quite pinpoint. “I fell in love with it. Warsaw has something magical.” Her companion, a male figure at whom I didn’t look to closely, didn’t say much in reply. He listened, asking small questions relating to the where’s and when’s of her life in the city. I stayed walking beside them as close as I could for as long as I could before the flow of the sidewalk had its way with us, and pulled us apart.

Of my two flat mates during my 5-day stay in Warsaw, I connected most closely with Thea, a Berliner with a Polish family. She was trilingual, with a notably Americanized English that nearly fooled me were it not for the odd word or two. She’d been in Warsaw only two weeks and was due to stay two more months as an intern in an art gallery focusing on contemporary work. She said that the gallery is one of the most influential in Warsaw today, though did not give the reason why. She complained that her Polish coworkers were cold towards her, that they said her Polish is like an elderly woman’s—perhaps the result of her learning the language within a family context, around grandparents, speaking of food, of god, and so on—and was difficult to connect with. Thea felt discriminated against for reasons that were unclear to her. She was a twenty-six-year-old German woman in Poland, fearful that history might have been overriding her individuality. She wanted nothing more than to make friends in a country she’d visited over twenty times, but hasn't yet established herself within on a professional level. “Poland is foreign to me in this way, I’ve never used my Polish to speak professionally. It feels strange.”

Thea spent two years as an adolescent as an exchange student in rural Michigan. This explained her impeccable English. She loved her time there, she told me, commenting on the warmth of her host family and the unique sisterly connection she had with her host mother, a woman only ten years older than she. She told me that in the US, she felt the sense that anything was possible. That one's passions were visions of possible realities meant to be followed rather than pipe dreams. And now, watching the news spit out one horrifying image after another, plump white and angry men waving confederate flags, her emotions towards the US have shifted. “What is happening?” she lamented, her demeanor that of a heartbroken lover after realizing a sweetheart is not who they thought them to be.

“I went back a few years ago to visit my host parents, in 2013,” she said. “By then it was clear that they were experiencing serious marriage problems. The husband, he's extremely intelligent. He's a music teacher at the school, but he's so smart. Probably too smart for her. He’s someone I could imagine getting a PhD and teaching in a university somewhere. The wife, she's wonderful, she has a heart of gold, but she's a really simple woman. She's happy with routine and never really traveling and doing the Midwestern thing. I was the glue to their relationship at the time, and sensed no tension when I was living with them. But when I returned recently, it was obvious. He had been applying to jobs, bigger jobs, in bigger cities around the country. He'd been offered a few, too, but always turned them down. Because of his wife. He was able to go places, and she wasn't, or didn't want to. So they're not intellectual equals. Never were.”

We were in a bar at the time, one on the Praga side of Warsaw—a part previously known for its danger, but now known to be up-and-coming, especially in terms of nightlife, Thea explained. I looked around at the carpeted floors, the burgundy wall paint, the office-like table lamps and thought for a moment that I had maybe dreamed of this place once before. I then told her that I believe love that lasts must have a level of thought to it, that it must go beyond flesh, that it must be able to exist within a conversation that is about something.

Any city is difficult, if not impossible, to summarize in only a few days. As a visitor, you get a temporary view into what could signify life in that place, but that view is not necessarily representative of it. This becomes tricky for anyone writing with the goal of accurately capturing a place; our original task is therefore inherently impossible from the start, and we are left to reinterpret the truth of our experience in a place for what it is: our own experience in a place to which we don't belong.

My experience in Warsaw was punctuated by a blistering head cold that came over me after my first night. I arrived in the afternoon, dragging a carry-on suitcase over cobbled sidewalks in a temperature you can simultaneously sweat and shiver in. Due to the head cold, my plans to explore beyond the city were sidelined and I kept close to my flat at all times. Still, what I discovered was a city of parks. Warsaw takes its green space seriously, taking care to maintain their appearance and accessibility. Warsaw's parks were labyrinths of walkways and curated meadows, cloth folding chairs, and a permeating sense of tranquility more like the sun-drunkenness of warm cities such as Los Angeles or Valencia, Spain than what one would think to be part of Poland. Without plans and aware of my increasing malaise, I simply walked along the many narrow stretches of park walkways. Thick vegetation added a level of privacy to the space, but didn't do much to conceal a small boy, shorts by his ankles, holding his shirt to his chest and pissing in to the brush behind a bench on which his mother sat. A graffiti stamp on the ground read sex, gluten, and rock and roll.

I asked Thea about Auschwitz while walking home after an evening yoga class she'd brought me to. She recalled her experience there two years ago. “It’s touristy,” she explained. “But I didn’t expect it to affect me so deeply. My professor, who I'd gone with, was reduced to tears. That was really something for me to see. And there’s a village there too, still there, with inhabitants, regular people just trying to live their lives. But I wonder about the associations they have living there, especially the older generation, if they ever wake up with a stench in their mind. You know Auschwitz, you see the barracks, the walls, the wires, the rooms. There is really nothing there, but the emptiness gives way for the images and you see what you came to see in this sense.”

I wondered about the potential exploitation of the place versus the potential benefit that its business brings in. “It’s touristy,” she says again. “Profits are derived from people’s pain, past and present. There's nothing ethical about that.”

Though I felt guilty not visiting Auschwitz during my stay in Poland, my inclination was to rationalize my failure to get there. Perhaps staying in Warsaw was better than visiting Auschwitz after all, I attempted, meagerly justifying the value of the outsider’s outsider perspective, then justifying the toxicity of capitalized pain. Eventually, I began to suspect that this mode of thinking—the incessant justifying and rationalizing of events both within and beyond our control—might be more American that I had previously thought. "I took a music class in Michigan,” Thea told me before the night ended, a navy sky and gray, soviet-style apartments hanging over us as we neared our temporary home. “I was terrible at clarinet. Couldn't hold a tune. One day, I had to perform in class. It went horribly, but afterwards my teacher told me to try again. 'Good try' were her exact words, even though I’d butchered the performance. This kind of compliment was totally new to me. In Germany if you fail it's like…well, you should have done something different! We don't have an equivalent of 'good try' in Germany. It just doesn't exist. We don't really make failure something it isn't."

My other flat mate, Julia, from a small town outside of São Paulo, left Brazil for the United States for school, got married to her best friend’s boyfriend in an attempt to secure a visa, but ultimately failed to secure that visa on account of difficulties demonstrating her marriage's legitimacy. She returned to Brazil, defeated, and only recently decided to move to Poland, where she was proud to tell me that she was safe from deportation as the holder of an Italian passport.

I then asked her what’s good about Brazil.

“The people are nice,” she said. They’re really warm. The food is good. And if you like the music, which I don’t, but if you do, that’s great, because it’s good. So Poland. It's different, but I’ve never before had as much luck dating as I’ve had here. In the US, there were a lot of man children. Thirty-somethings afraid of getting attached and I was like, it’s okay to get attached. It happens.”

I was then hit with a pain of recognition, recalling my own terrible experience with a man child.

“But I’ve been stood up, like a lot," she continued. I didn’t lose my virginity until I was twenty-six. I just wanted something more meaningful, more intimate.”

I finished my dinner and began to gather my things for a shower. By then, Julie was just starting to prepare her meal: a hot dog, peeled carrot, and a frozen cube of chopped spinach cooked in butter and pink yogurt.

"If you take a shower, be sure to spread the curtain all the way to the end of the wall," Julie told me. "Wet it if you have to, wet the curtain, to create a kind of seal. Water will leak otherwise. You might slip on the mess."