Woman's day special: The perks of being a solo woman traveler! 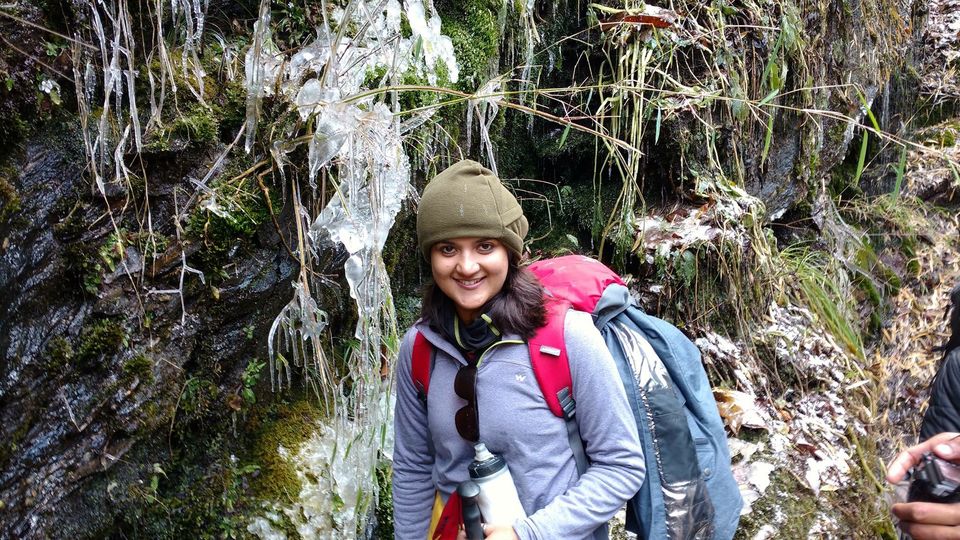 “Are you alone madam?”

This is one of the most common questions women encounter whenever they are found standing confused and alone in a new place. Now, these four words can imply absolutely anything in the world. It only depends on who says it and how.

A couple of years ago, I was strolling in a local market of a small village near Saharanpur (UP), when a bunch of school boys approached me.

“Are you alone?” one of them asked with a faint smile on his face. I nodded, returning his smile. “Do you have time?” he asked again. “Yes”.

An hour later, I was sitting in a small house, looking at the poorly spelled English words in some notebooks. This was a local orphanage, battling to give these children a reason to study – speaking and writing in English. These boys were searching for someone they could show their progress to for quite some time.

Months later, a fake hippie, with tons of jewellery dangling on his body, approached me with, “are you alone?” I fled as if my house was on fire.

“It all depends on what you want to see” my Polish friend Monika, who’s been travelling in India for the last 9 years, sums it up precisely. The more I travel and meet fellow women travellers, the more I realize that these golden words have stood the test of time. If seen in a positive light, India may perhaps be one of the most comfortable and safest places for solo travellers. Still, the perks of being a woman travelling in India can be much more.

India is mostly a patriarchal society which keeps women protected

Although, it’s a debatable topic and every day women have to fight for their rights, being a woman in a patriarchal society, which protects its women, can also be comforting. Most people welcome women and care a lot for her safety. Many a times, I’ve had police officers taking the numbers of taxi drivers and autowalas to make sure that they drop me safely. My friend Anu, who loves to travel alone, agrees “It feels good to have all the access as a woman, like seats in buses, reservations in trains and separate queues for tickets.”

You get to see and be more

To travel without the safety net of family or the familiarity of friends is different. When I started my journey as a solo traveler, I didn’t know what to expect. My parents were concerned and warned me about all the dangers there are out in the world. But the more I travelled, the more I learned that people are generally good and most of them feel happy in helping a stranger.

The moment you are out of your comfort zone and are forced to have conversations with strangers, you will get to know a side of you that you didn’t even know existed. Monika, for example, never knew that she would love wearing multicoloured salwar kameez until she lost her luggage in a flight and had to buy ‘Indian clothes’ till her rucksack was tracked down. Neither did I know that I’m fond of smoked potatoes till a man named ‘Ablu’, invited me to have dinner with his family in a remote village up in the hills.

Chance encounters, chats with strangers and learning life saving skills when you are on your own are some of the gifts of travelling solo that make life rich and worthwhile.

People are drawn to women travellers

It was a small village in Himachal Pradesh where I had stopped at a local tea shop. The two young girls, who were looking after the shop, on seeing me alone, asked ‘aadmi nahi hai?’ to which I faked a frown and replied ‘nahi hai’.

The girls laughed uncontrollably at what seemed an impossible situation. A cup of tea later, they invited me to their house at the back of the shop, where an old woman was cooking lunch. I still remember the conversation we had that afternoon. Being married at a young age, their mother got the burden of responsibilities quite early in life. She was still smiling as she told me how her husband had died while being taken to a hospital, 172 kms away and how she had started life all over again with her girls.

Had I visited the place with my friends or family, would that conversation still happened? Possibly not. Had I been a man, would I have been invited so easily into people’s kitchen to sit and eat with them? I think not. There is always an aura of familiarity around a woman, that naturally draws people. The same familiarity and friendliness might attract the wrong kind of people as well, for which there are certain precautions.

Talking about precautions always takes me back to Monika, the Polish girl who knows more about India than all the guidebooks taken together. She has many tricks in her bag when dealing with situations that might turn unpleasant. A few of my favourite ones are:

Keeping her cell phone with a camera handy: If she feels that someone is following her or asking uncomfortable questions, she takes out her phone, pretends she is taking a picture and warns, “I will give it to police”. This makes the person too uncomfortable to carry on his advances.

Dressing conservatively: In her travels, most of the times, Monika sticks to conservative dresses like Salwar Kameez or long sleeved shirts and pants. “People are more inviting when I wear something like this” she told me when I asked her about her multicoloured kurta.

Public shaming: If there is one thing that Monika swears by, it is public shaming. If people make her uncomfortable, she doesn’t mind being loud about it. When I asked her, ‘doesn’t it make you feel embarrassed?” She looked at me with her big blue eyes and replied, “It’s better being embarrassed than raped, no?” I agreed.

Carrying pepper spray: Monika is pretty sure that she had a pepper spray in her bag. “It’s only that I never used it that it got lost” she admits sheepishly, while fishing for it in her purse. Another important thing that she has tied to her bag is a whistle. She had bought it years ago when she had started travelling and was unsure about the country. Now, she often uses it to scare away monkeys and stray dogs.

Here are some more things that I am mindful of:

Never to go to secluded places at night time.

Paying a little more to stay at well known and reputable hotel/hostels.

Reaching a place in daylight so I have a general idea about the place.

Always striking a conversation with the locals, learning a few common words in their language, so that I’m accepted a little more in their company.

Every woman has her own strategy to feel safe in a new place and I’m sure that our journeys can be much more fun and rich with experience if we travel with a sense of safety in mind. As more and more people start travelling and women celebrate their freedom by travelling solo, Monika’s words will be a comfort for all of us – “It all depends on what you want to see.”