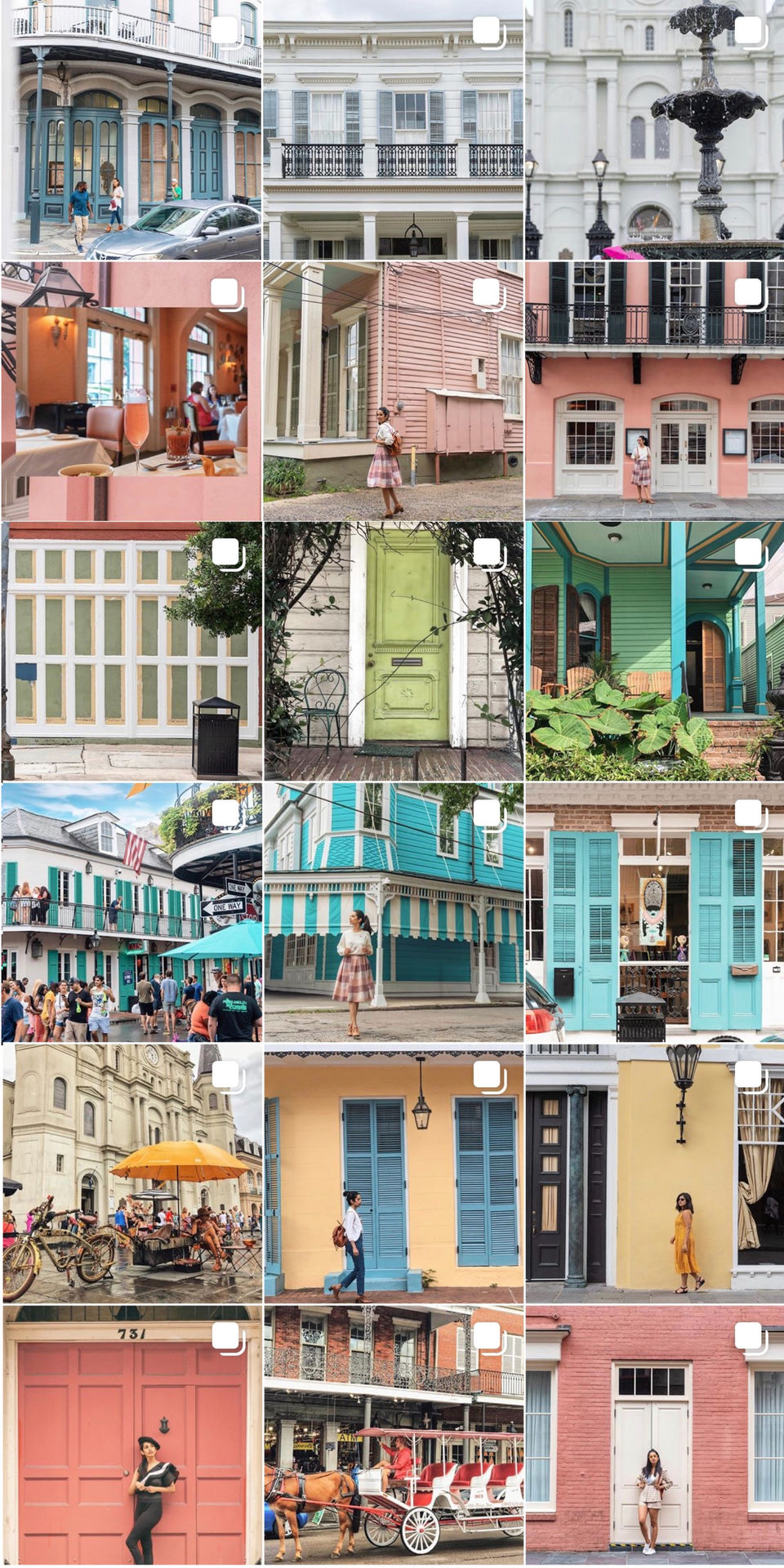 New Orleans has been on my list since many years and one fine weekend I finally decided to tick it off my bucket list. NOLA is America’s most eclectic city in the country, you don’t feel you’re in America; whether it be from the French sounding street names, food items, random bachelor parties on the street, people walking with open cups of alcohol at all hours of the day on the streets or just the nicest people in the entire world living here. Welcome to New Orleans!

I have been meaning to do Europe trip last year but due to various reasons I had to postpone it until next. So to fulfill my inner vintage soul, I decided to explore French Quarter of New Orleans. Often called the Crown Jewel of New Orleans, the French Quarter is one of NOLA's most historic neighborhoods. There’s a reimagined French Market, bunch of art galleries, modern boutiques and artisan cocktails mix with beloved antique stores and old restaurants. We also visited St. Louis Cathedral which is the oldest cathedral in the states. To me, it looked more like a palace of an old era, overlooking the most famous Jackson square.

New Orleans for me was something very refreshing and pure. The culture, the places, people I met. Commander’s palace is one of Nola’s most colorful places. Nested in the middle of the tree-lined Garden District, it has been a New Orleans landmark since 1893. It is very difficult to get reservations here, but you can always make a quick stop for some photos!

It is time to explore New Orleans’ most beautiful neighborhood: The Garden District. We used a self-guided Garden District tour to explore the neighborhood. Garden district was like my Disneyland since I love clicking colorful houses! Every house here has an interesting story behind it, we walked for many blocks to finally tick off the last intersection on this house tour. After the house tour, we did jazz clubs hopping on Bourbon as well as Frenchmen’s street. All you can find here is jazz, soul, and funk music spilling out of neon-colored doorways, bunch of strangers dancing on the streets and the list goes on.

New Orleans is a lot of fun and throws a GREAT party, but the nerd in me also wanted to explore the history of New Orleans. We spent some time going to museums and local galleries to understand how it became the vibrant and diverse place it is today. After lunch, we took a carriage tour listening to some more history of NOLA.

Pink being my favorite color since childhood, Brennan’s restaurant in NOLA caught my eye the very first time I started making the itinerary. Housed in a pastel pink building, Brennan’s is the best known for its invention of the banana foster, which is prepared in-front of you at the end of your meal.

One of days in New Orleans, we did nothing but hunting down quaint little cafes and art galleries. This city was sipping on the coffee long before it became popular across the rest of the USA, and that’s why some of our oldest cafes remain destinations in and of themselves. My vintage soul was super happy when we visited The Vintage cafe, everything about this place teleports you to the different era. People can debate over the best place to get some fresh coffee and beignet, but when you also combine it with the ambiance and aesthetics, none can beat Cafe Beignet. Their small flagship shop in the French Quarter is very instagrammable – it is super cute, with palm prints on the walls, heaps of cute pastries, bloody Mary’s, and lots of breakfast menu items to choose from.

One interesting fact about New Orleans is, it is one of the most haunted cities in the USA. I am big fan of watching horror movies (I get equally terrified though), so diving into all the weird, creepy stories lying just underneath the surface of New Orleans was high on my list of things to do! We did a self guided tour of haunted places and tuned out the hotel we were staying in was THE most haunted place!! That night was really tough to fall asleep without getting scary dreams.

Hope you all enjoyed this colorful virtual tour of New Orleans. Be safe, and dream now and travel later!!