The Queen of the Hills beckons 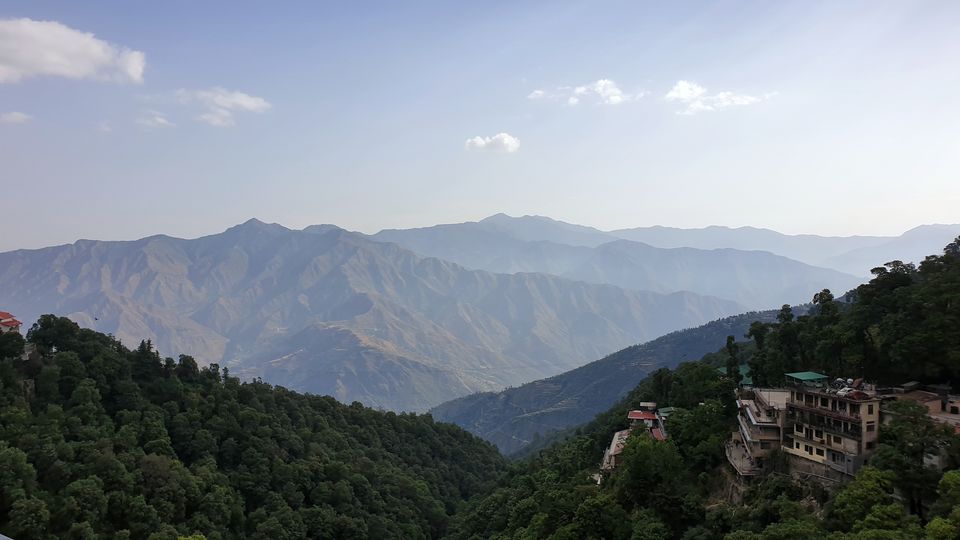 Like every year, this summer too we were at the hills. Our destination this year was ‘The Queen of the Hills’ – Mussoorie. This hill station is in Uttarakhand, about 45 mins from the capital city of Dehradun. Mussoorie is located at a height of 1880 meters( 6170ft). It is a popular tourist destination and gets a bit too crowded over the weekends, more so during the holiday season.

We had driven down to Mussoorie from Delhi via Paonta Sahib and hence by the time we reached it was close to 1900hrs. Our choice of stay was Vishnu Palace Hotel located at Mall Road. Although we could not avail a valley view room, we could just walk up to the parking lot of the hotel and keep looking at the scenic valley to our heart’s content. The hotel offered clean rooms with all basic amenities, they served vegetarian food and their buffets had a decent variety. Owing to its proximity to Mall road, it was easy to go for a stroll there after dinner too.

The day we reached Mussoorie it was raining and the weather had turned cooler (certainly by the standards of the humidity levels in Mumbai). Our local guide and cab driver told us that we could possibly see the most important places of Mussoorie in a single day and leave the rest for the next day. So at around 10 in the morning we started off excitedly on a tour of The Queen of the Hills.

Our first stop was Lal Tibba, 5 kms away from Mall Road. As is the case of this entire city, the drive was through winding roads and through Landour (old Mussoorie). Landour has small by lanes, flanked by shops on both sides. One can also see a few houses here that belonged to the British Era.

Lal Tibba, being the highest peak of Mussoorie, is much windier and much cooler. There are a few cafes there where they serve delicacies like Maggi (almost every café in Mussoorie would serve you Maggi), Momos, Sandwiches and Beverages. One can sit on the roof of the café and enjoy the breathtaking view while munching on the delicacies. There is proper seating arrangement available for this. There are telescopes as well set up here for viewing the Himalayas. However owing to a cloudy and rainy day, we couldn’t use the telescopes because the visibility of the Himalayas wouldn’t be clear due to the clouds. Our guide for the visit pointed us to the direction where the Himalayas stood tall and we had to be content with that.

The café owner told us that the best time to visit Lal Tibba is from December to February, preferably around 1630-1700. According to him, during this time, the sky is clear in Lal Tibba and hence the Himalayan Peaks can be seen clearly. During sunset, the Himalayan peaks turn reddish orange and so does Lal Tibba. Moreover, after sunset one can apparently see the winter lite (which is said to be visible only here and in Switzerland).

The falls are a delight to watch with ample pristine white water gushing down in ample. One could stand here for about five minutes and savor the moment and not even notice the time pass. Those who are interested can also indulge in just lazing around in the water in the small pool below the waterfalls. However, during peak season time, the pool is full of people with barely place for anyone to even stand.

While walking towards the Falls, the place is flanked by shops that give swimming costumes on hire and they also have small make shift changing rooms. These shops also sell eatables like Maggi (again) and omelettes and hot and cold beverages. There is a separate swimming pool and a boating area, with an entry fee of Rs.100.

The Shedup Choephelling Temple is a Buddhist temple located about 4 kms from Mall Road. It is a small temple with beautiful view. If one has enough time, can sit here and soak in the serenity of the place. There are enough benches put up in the temple complex for visitors to sit. It is a beautiful and a serene temple with colorful paintings synonymous with any Buddhist temple.

Company Garden is a beautiful garden located around 3 kms away from the Mall Road. It is a very well maintained garden, where one can find lush greenery and many different types of flowers blooming here. There is a small waterfall inside the garden. Not only that, the garden also has a wax museum with a very limited number of wax statues of noted personalities like Shri B.R. Ambedkar, Amitabh Bachchan, Michael Jackson, Mohammed Rafi, Mother Teresa etc. There is also a food court just below the wax museum. There are a few shops at the entrance of the garden where one can get photos clicked in the traditional attire. In all, the Company Bagh has ample spots for clicking pictures and selfies.

We were able to visit all the above places in a single day with ease. A gentle warning though that during weekends in the holiday season, the road leading to Mall road is filled with vehicles and hence may take longer to get in and get out of Mussoorie.

Barring that, the beauty of this place is mesmerizing and the memories of it linger on for months together. But maybe a visit to this place would be complete only after another trip to Lal Tibba during peak winter and after witnessing the winter line.