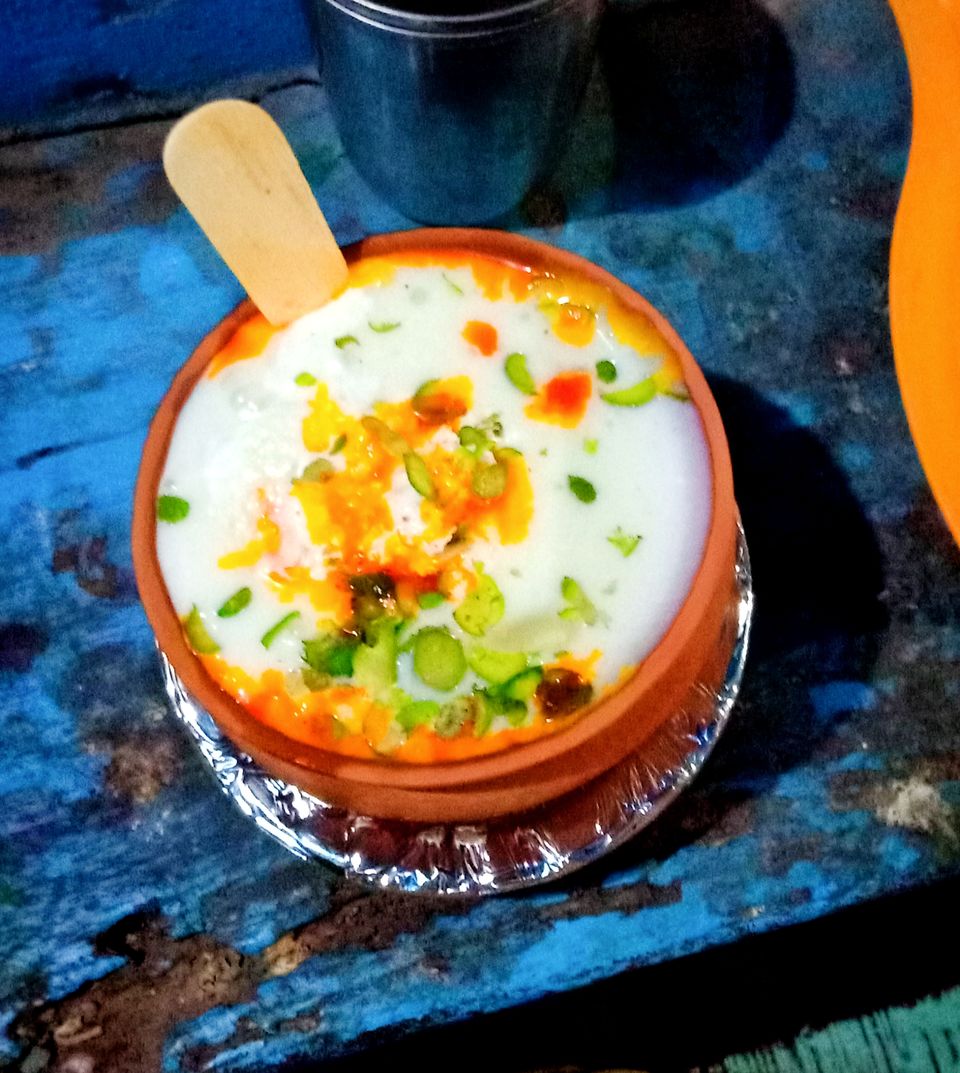 Varanasi or Benares as most popularly known is not only famous for its Ghats and Temples but also boasts of a wide array of street food and lip smacking delicacies. It has been a melting point of various cuisines since ages and they have given its own distinctive flavour. So here are the top knots which you must try if you are in Kashi, the oldest city in the world. Oh a word of caution the food found here is typically vegetarian but made with pure desi ghee and love!

A typical Banarasi breakfast is the famed Kachori sabji which you will find in the bylanes and ghats in the morning. Served with rasewale aloo, this is a treat you cannot miss. Go down to Madhur Milan near Daswamedh Ghat to boggle down your early breakfast.

Malaiyyo: My personal favourite, this is a dish you will find only in winters. Made from milk froths and garnished with almonds and pistachios and served in earthen kulhads it will simply melt in you mouth. You can find it best while going to Daswamedh Ghat

Thandai and Lassi: How can you not have thandai in the city of Lord Shiva? One good thing about Varanasi is that you get good quality of milk and curd and it is produced in large scale here. The Banarasi thandai is made with seasonal fruit puree. And lassi you will find in every alternate street shop but the speciality of the lassi here is that it is served with rabri on the top. Ahh... Heaven! I hunted down the lanes to finally trace down Blue Lassi, a shop near Viswanath Galli specializing in variety of lassi flavours for more than 50 years.The shop although crammed had the autographs and signs of various tourists mainly international just to speak of its quality.

Tamatar Chaat: A spicy chat made with tomatoes, hing, ginger, spices and in addition boiled potatoes I had to wriggle myself in a queue only to later realise its worth.The spicy flavour will first kick in to be later substituted by the tangy flavour of tomatoes. Best place to have in -Kashi Chat House

Oh yes and how to forget the famed Banarasi Paan? I asked a shopkeeper its speciality and he said the kattha found in the pan here is not to be found anywhere else. Keshav Pan Bhandar near Lanka Chowk makes some amazing paan.

And yes if your stomach still has some space left finish off with a frothy elaichi and cardamom flavoured milk tea in a Kulhad as you see the Ganges changing its hues with the day and you can see and feel heaven! Points to be noted! Varanasi is a city of gully and lanes so you may feel lost while searching for your destination. Take the help of Google maps ! And secondly since it is a bit crowded autos are not allowed beyond a certain point to reach Daswamedh ghat. So be prepared to walk!