Smoke, Thunder and the Victoria Falls

‘How would you like your coffee?’ the stewardess enquired. I was on a South African Airways flight from Cape Town to Johannesburg on my way to Victoria Falls, Zimbabwe. The sumptuous breakfast of scrambled eggs, mushrooms, chicken sausage and strawberry flavoured yoghurt had lifted my spirits already, but the impeccable manners of the crew swept me off my feet. There was rain at take off, followed by some rough weather, but it was altogether a pleasant flight. The plush brown leather seat covers added to the comfort in no small measure. The airport was quaint, old world, back to basics. A few planes of Air Zimbabwe were parked on the tarmac.

Ebony skinned Zulu dancers clad in fake zebra skin outfits greeted us outside the Victoria Falls airport. Sorry, no bare-breasted females observed! Our hotel had a grandiose name - the Kingdom at Victoria Falls. The menu was exotic too. Crocodile meat and roasted mopane worms for dinner. Baboons roamed all over the hotel, some with babes on their backs. They were not averse to snatching delicacies from the dinner table. My room looked out onto to the African savannah. Miles and miles of dry bush as far as the eye could see. Eerie sounds pierced the stillness of the night.

On the evening of our arrival we set off on a languorous sunset cruise on the Zambezi River. We spotted hippopotamus on the Zimbabwean side and elephants on the Zambian side, besides crocodiles and innumerable bird species. Beer was on the house - the local made Zambezi brand - and snacks included peanuts and chicken kebabs. The hospitality of the crew and the glorious sunset warmed our hearts.

The next morning we set off on a long walk unmindful of the harsh, merciless sun and the dry dusty heat of the bush. The majestic statue of David Livingstone welcomed us. The doctor-explorer had ‘discovered’ and re-named in 1855 the Mosi-oa-Tunya, (the smoke that thunders) calling it Victoria Falls after the British queen. The Britons followed in his wake and the rest is history.

Zimbabwe, the former British colony of Southern Rhodesia is bordered by Zambia, Botswana, Mozambique and South Africa, and watered by the Zambezi and Limpopo Rivers. Harare is the capital and Bulawayo and Victoria Falls are major towns. The country exports minerals and has large reserves of gold and platinum. The Marange diamond fields were discovered in 2006.

President Robert Mugabe has a virtual stranglehold over the country. The black majority shook off the white yoke in 1980 but failed to get its act together. The economy is in a tailspin, unemployment stands at 80%, the infrastructure is inadequate, and deforestation, crop failure, recurring drought and sporadic violence add to the miseries of the people. Over 4000 white farmers were evicted in 2000 and their lands seized. The economic meltdown led to an exodus and 25% of the population now lives in South Africa and Botswana. AIDS is the last nail in the coffin and tourism the only ray of hope.

The Kingdom At Victoria Falls

The Victoria Falls lives up to its reputation as one of the world’s most spectacular waterfalls, making a 108 metre drop and disgorging copious cascades of water into the maze of gorges below. 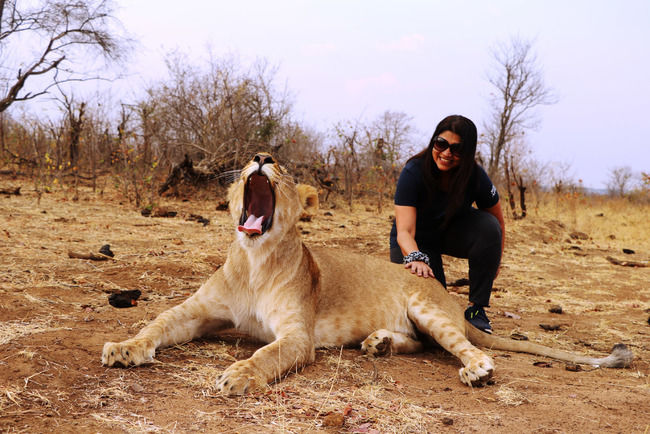 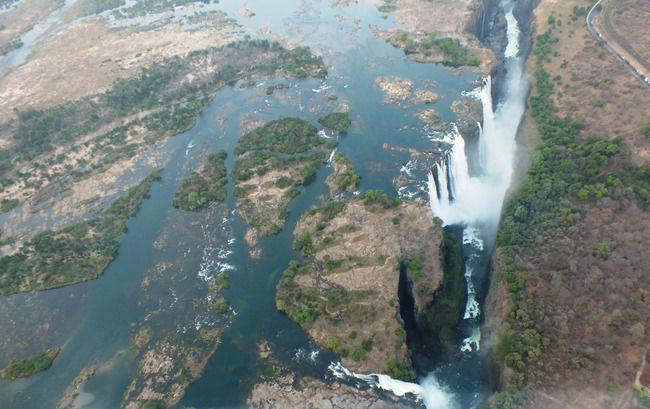 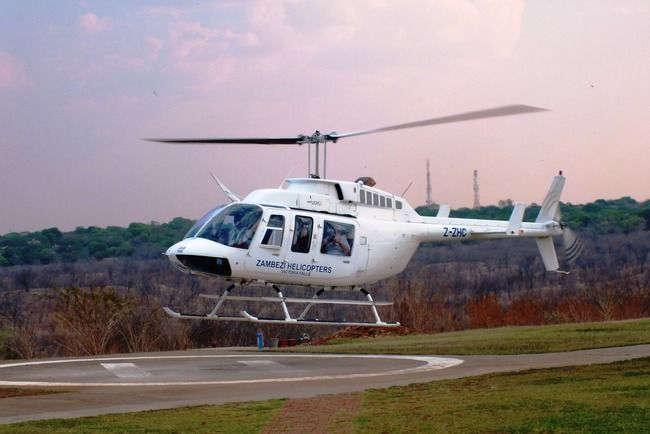 Lunch was refreshing and the delicious coffee was a life saver, for we were totally exhausted. An evening helicopter ride across the falls offered breath taking views. Some of my fellow travelers went on a ‘lion walk’. It ended up as a lioness walk as the lions went with the white tourists. Now don’t get me wrong. I’m not saying that lionesses are inferior to lions. (We all know who does the hunting!) But the males are bigger and their luxuriant manes make for better pictures, hence the disappointment. Our team realized this only when they were shown the video of the lion walking tour.

White dominance was in evidence everywhere and racial segregation happens in a subtle, imperceptible manner. White Zimbabweans make up less than 1% of the population, but the tourists are mostly white. On our flight from Jo-burg to Victoria Falls there were only whites in business class. For the helicopter ride aptly named ‘Flight of Angels’, my friend Nisha and I were foremost in the queue, but it was a white woman who got to sit in the front seat with the pilot. The black staff deftly maneuvered us out of the way, enabling the whites to get into the copter first. I remembered what had happened to Gandhi a hundred years ago in neighbouring South Africa. At least we hadn’t been thrown out, I reckoned. 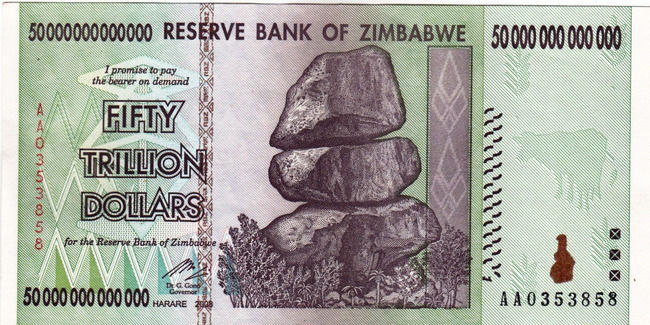 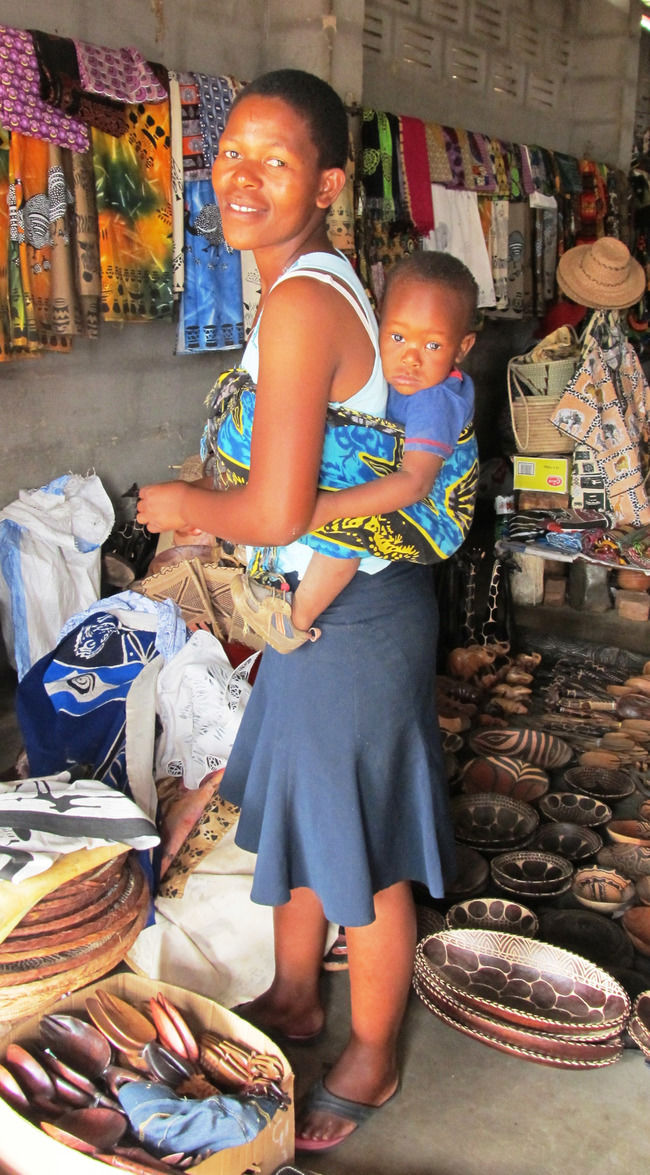 The flea market was an interesting place where women hawked their wares with babes strapped to their backs. We bought wall hangings, trinkets and handicrafts carved in wood, stone and malachite at very reasonable prices. Hard bargaining seemed to work but the plight of the women served as a deterrent.

Zimbabwe has been trading in US dollars ever since the Zimbabwean currency was withdrawn from circulation in 2009. I got to buy a trillion dollar bill as a memento. It made my day.