The Land of Golden Temple - Amritsar 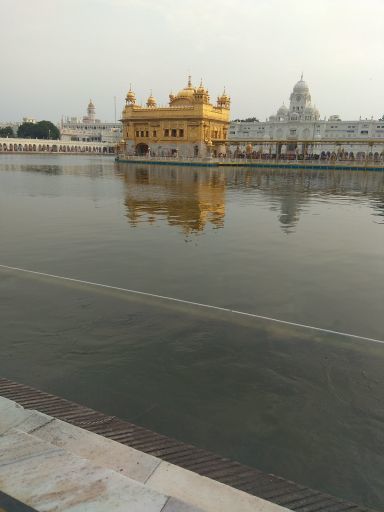 A city with a vivacious cultural background and the heart of Sikh religion, Amritsar, named after the Amrit Sarovar of the Golden Temple encapsulates your heart to the core. The spiritual vibration rings your body as soon as you rest your feet on this holy land along with a sense of the positive aura. The very famous finger licking Punjabi delicacies of this place makes you realize that the bliss can also be found beyond the dreams.

When you are here in Amritsar, or whenever you hear of this place; the first thing which pops up in the head is Golden Temple. Informally referred as Golden Temple, Harmandir Sahib or Darbar Sahib is an eminent Sikh Gurdwara which was built by the fifth Sikh guru, Guru Arjan in the sixteenth century where he completed the Adi Granth(the holy scripture of Sikhs) and installed it in the Gurdwara. The most fascinating fact about this temple is that it has four doors which signify the acceptance of all religions. The Gurdwara is surrounded by a beautiful holy tank known as Sarovar which consists of immortal nectar (Amrit) and one really feels blessed and refreshed after taking a holy dip before entering the main premises. The Guruwani adds an amazing tempo to the feeling especially when one is about to enter inside the gurdwara. One can have the “baba da prashada” for free inside the prasad ghar which they serve in steel plates where the ‘kheer’ is like - out of the world! If you decide to do ‘seva’(free help) for the gurdwara, I assure that your heart would give you a feeling of happiness.

The scar of the massacre of Jallianwala Bagh gets opened up again when you just reach to the place from where 1600 rounds of bullets were fired on 20,000 innocent people. This place has been built as a public garden and houses a memorial of national importance. The bullet marks on the wall and the well remind you of the helplessness which people would have felt on Lieutenant Governor Michael O’Dwyer’s command “Open Fire.”

As Amritsar is just 30 kilometers away from Wagah border, One can really pay a visit to this place and enjoy the breathtaking Flag down ceremony where the synchronized marching of the guards on both sides of the border can be seen. The ceremony starts during the sunset with a parade by the soldiers from both the sides, and ends up in the perfectly coordinated lowering of the two nations' flags.Generally called as the beating retreat border ceremony on the international level, One Jawan (infantryman) stands at attention on each side of the gate. As the sun sets, the iron gates at the border are opened and the two flags are lowered simultaneously. The flags are folded and the ceremony ends with a retreat that involves a brusque handshake between soldiers from either side, followed by the closing of the gates again. The viewing stands overflows with the cheering crowd, so might want to bring your binoculars to get a good view of the event.

There are so many other places one can see in Amritsar such as Shree Durgiana Tirath, Tarn Taran sahib, Mata Lal Devi temple etc. A walk down the Khalsa college campus is highly recommended. As far as the food is concerned, one should not miss these places at all :

4) Special Amritsari Kulcha with Cholle at All India Fame