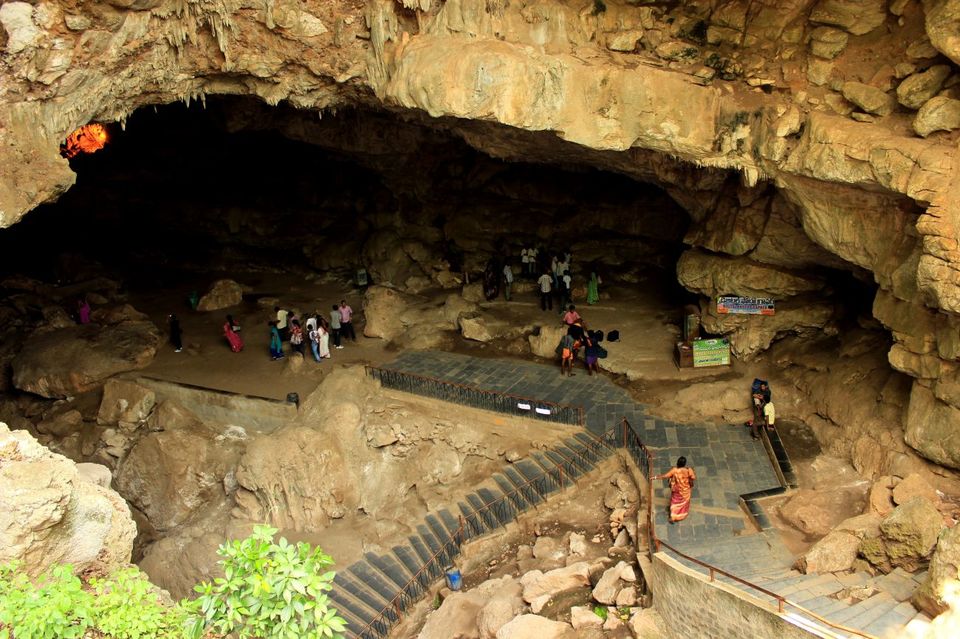 India is a country with unlimited natural beauty. Diversity is also abundant in addition to natural beauty. This is a country where language, dialect, rising, living and living things change at every step. The nature of nature varies with all these steps. If the vast Himalaya chain shows its magnificent nature, then the ocean line that stretches into thousands of kilometers in its depth will not be buried in the depths of the Raj Raj. If the river maintaining its flow in slow motion teaches the system, then tomorrow's flowing streams explain that there is an urgent need of life. There are fortresses of interviewing with a magnificent history, and then there is the elusive world of caves.

If there was an opportunity to visit Borra Cave with Araku in connection with the visit of Vajag, then why not let the cave be awakened in the elusive world, or say, pick up the verdict by taking a chance from hidden curiosity in Balman. I remember something, when we used to watch Vikram Betal, the baritone repeatedly threatened Vikram to go in the caves. The mysteries and charm of the caves would probably have been sitting in the corner of the mind since then. Say anything to the great world, these caves !!

A lot of cave - cave first came to understand, what is this, what to do next, do the next thing after that. Any place that is possible to go inside is called a cave. This means that the cave and the tunnel were the same! Perhaps the tunnel is such a structure that can go from one end to its final end and can come out from the yankee endpoint, which means both ends will be connected to the outer world and only the middle road will be undergroundground. The doors of the brain are now open! The meaning of the cave means that the paths that have gone by will have to come back in the same way. Finding some other way will be just like getting caught in the maze. So far it has come to understand that what a cave is! Now the question arises how many types of caves are and how they are formed. Caves are mainly called as caves, but the caves are not only on mountains, but they are also found inside the ground. Caves are formed due to volcanic erosion and water flowing streams.

Types of Caves- If you sit down to classification, then there will be many types of caves coming out like a cave built in the mountains, a tunnel cave hidden inside the ground and do not even know what! But now I'm splitting the caves into two forms, based on texture or construction, naturally-made caves and man-made caves.

There are many small caves in India, which are not less than any wonders. Patal Bhubaneswar, Udayagiri caves, Ajanta Ellora and Borra Caves are the prominent among them. If this is the introduction of the caves, then writing on them will become many Puranas. So let's talk about a little travel phenomenon now. Araku valley, yes, wherever I read its name, it was found only in the name of a hill station. With the name of the valley, due to the word being connected and the information taken earlier, we also started to understand it as a hill station situated on the height, that land remained till it did not return from there.

Had to go by the train while traveling, then perhaps there is no indication that we are descending down the hill. If you had to come by taxici at the time of coming, then you reached the height as you walked through the valley, now there is some sensation that "Come here in the hill, then how can the hill station be coming from where you are coming from." The hills of Anantgiri There are adequate sightings of coffee plantations in the city, but we live in South India, so much so that we live in gardens, like Kurga Ho, Chikmangalur, Sakleshpur and Wayanad - all over the place of coffee. If plantations are splashed it made no great interest for us and we are moving directly to paralyzed right between the gardens. Now there is a view point in front of which a thick forest is visible, here even the size of the trees is like some cauliflower - like broccoli. This kind of forest we saw in Ooty, it is known as Sholaj. No specific name was found here, so the broccoli or flower can be said to be the forest of cabbage.

Now Borra Kaev is not far away, or should I say that it has just reached !! At 5 o'clock in the morning, there is sleep in the eyes, but it is still there for the whole day as there is no need to sleep on the night at twelve o'clock, but by then we have chosen this path, we have selected ourselves, in the eyes Stay alive and enjoy the sleep of the coming. Hey what this !! Some people made a herd and stopped the train. But why, nothing is a new way of asking for donations !! Perhaps there is a festival going on, these people are stopping the coming trains using poles and colors for it. What else can we do in the second place!

On the way to ten fifteen minutes, it happened three places with us !! Do not die, quietly spared the money in three places. So far, we have reached the railway station of Borra Cave. From here the cave is just under 100 meters, you have to go on foot further. On the way there are some shops in which bamboo cups are made and they are used by these people to give tea. The people who have come so far have been told to descend to the very bottom. I was already very tired and now take these