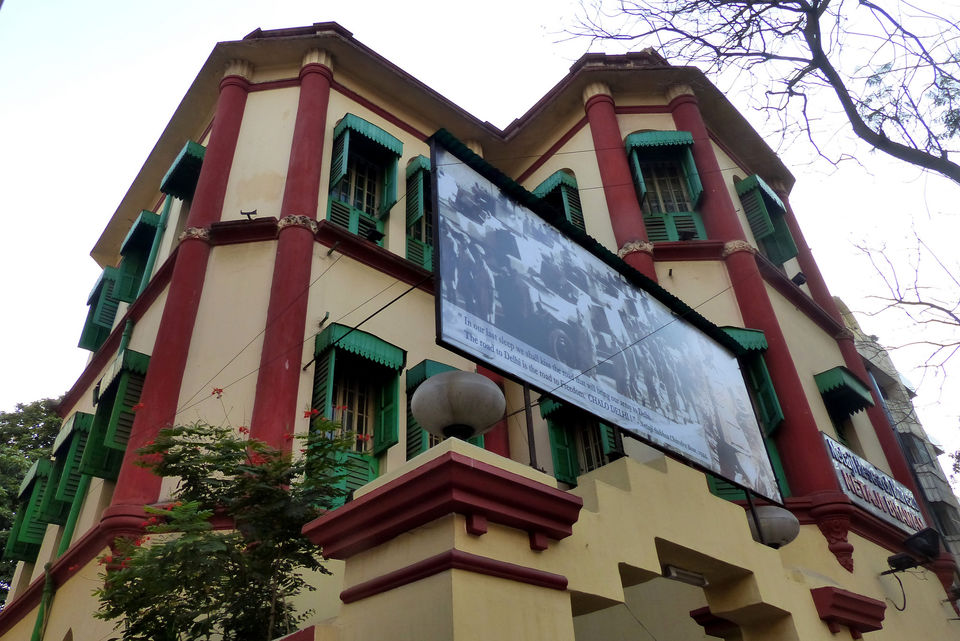 Years have passed by. India gained her independence in year 1947. Netaji Bose wasn’t there at the time, no one ever came to knew what happened of the first soldier of the last war of Indian Independence struggle. But he left behind a rich plethora of legacy and heritage. Among one of those most significant remnants of Netaji’s memories, was the house painted in yellow, red and green, standing elegantly as ever, as boldly and vividly as the great leader himself. Also, the house contains the iconic Wanderer BLA-7169, which saw the great escape of Netaji on the night of 16 December, 1941. Let me take you, dear readers, by means of this article, on a journey through the various phases of Netaji’s life and struggle, which has been very beautifully and intricately exhibited inside the iconic house.

A Bronze bust of Netaji Subhash Chandra Bose, stands defiantly in front of his ancestral home 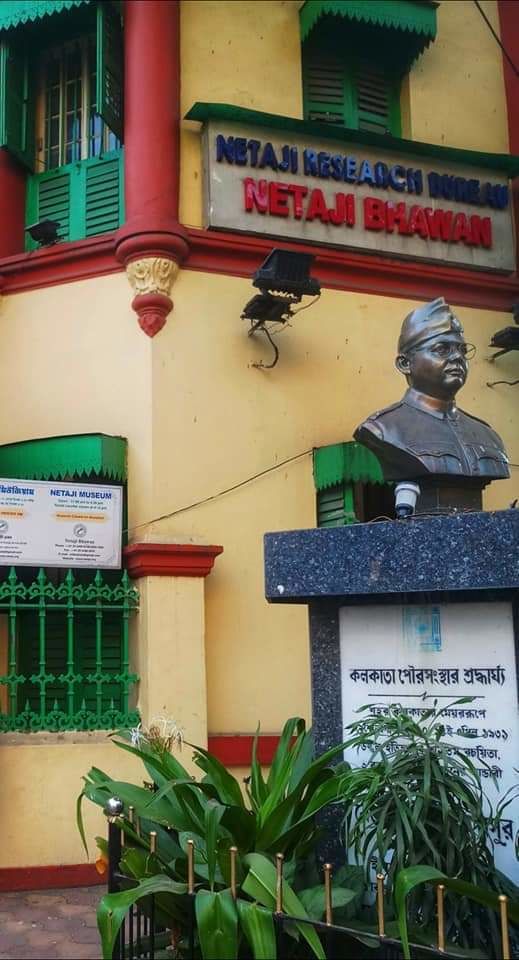 The Entrance to the house of the Great Leader 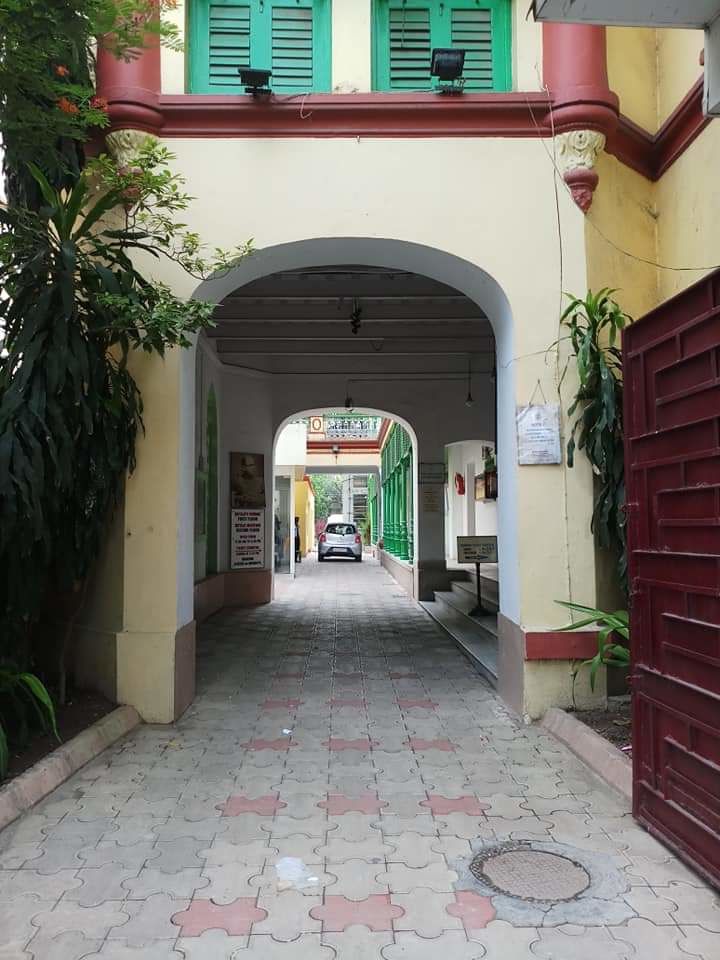 38/2, Elgin Road, Kolkata - The Name board of the iconic house reads, Netaji Bhawan 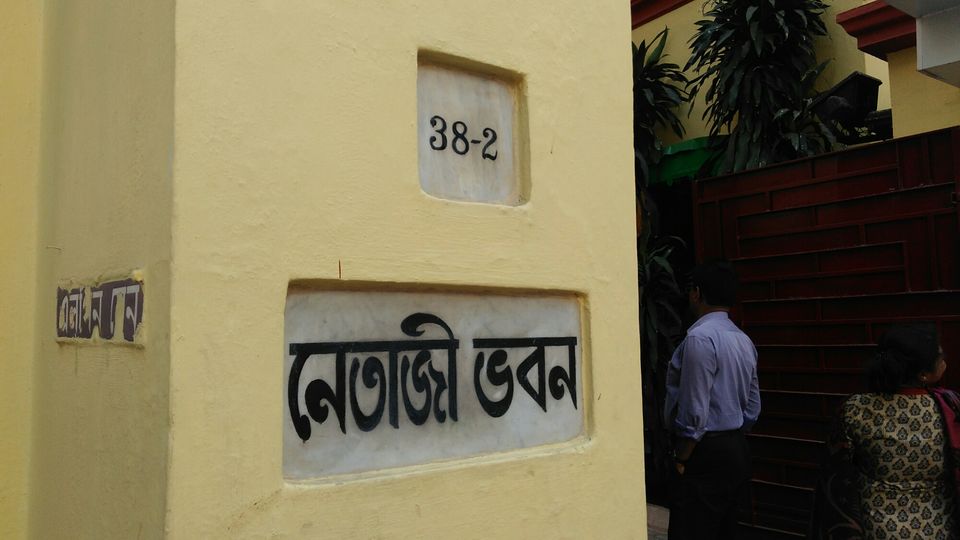 Formerly named as Elgin Road, the current road renamed as Lala Lajpath Sarani, has modernized very vividly. bustling urban scenes, with a touch of history which is felt all throught Kolkata. Netaji's House is situated almost in the center of the road, facing opposite to a popular hangout for locals, a shopping complex. Probably this particular area gives a very good contrast of history facing modernity. Netaji Bhawan is quite easily accessible in the every booming and bustling city of Kolkata, as it is quite near to the Rabindra Sadan Metro Station and hence has a good metro connectivity.

The external appearance of the house with its traditional pillars and porticos is of a typical 20th century Bengali house. As we enter through the gate, there will be a room on the right side, which sells the tickets for the museum inside the house. This room houses a book shop too, which sells books relevant to Netaji's life and struggle. The ticket cost is very nominal, at the rate of ₹10 ($0.14, €0.13, £0.11). Just a few steps from the ticket room-cum-book store, there was a very important exhibit at display inside a glass box, an exhibit which felt like a time machine. It was the very same sedan car was used by Netaji to escape from the British, The 1937 Model Wanderer BLA-7169. The car was renovated to working condition by the automobile giant, Audi and inaugurated by the then president of India, Pranab Mukherjee on January 18, 2017. 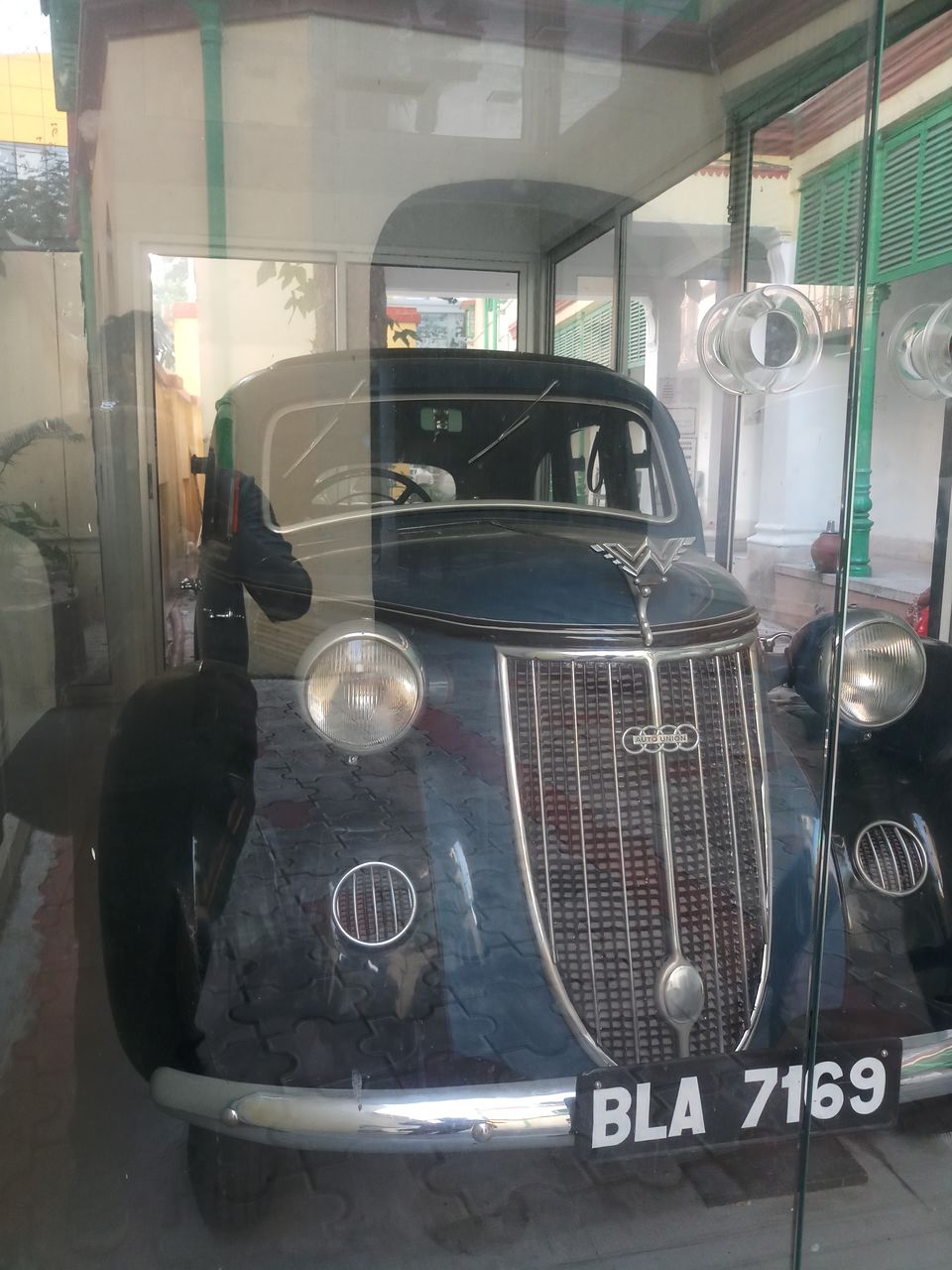 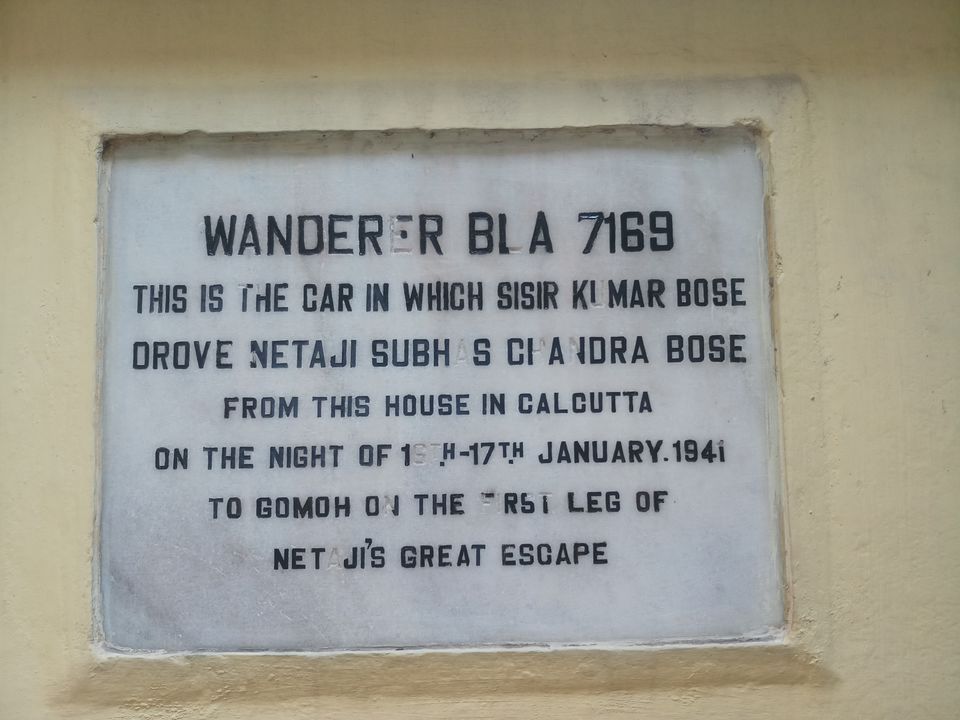 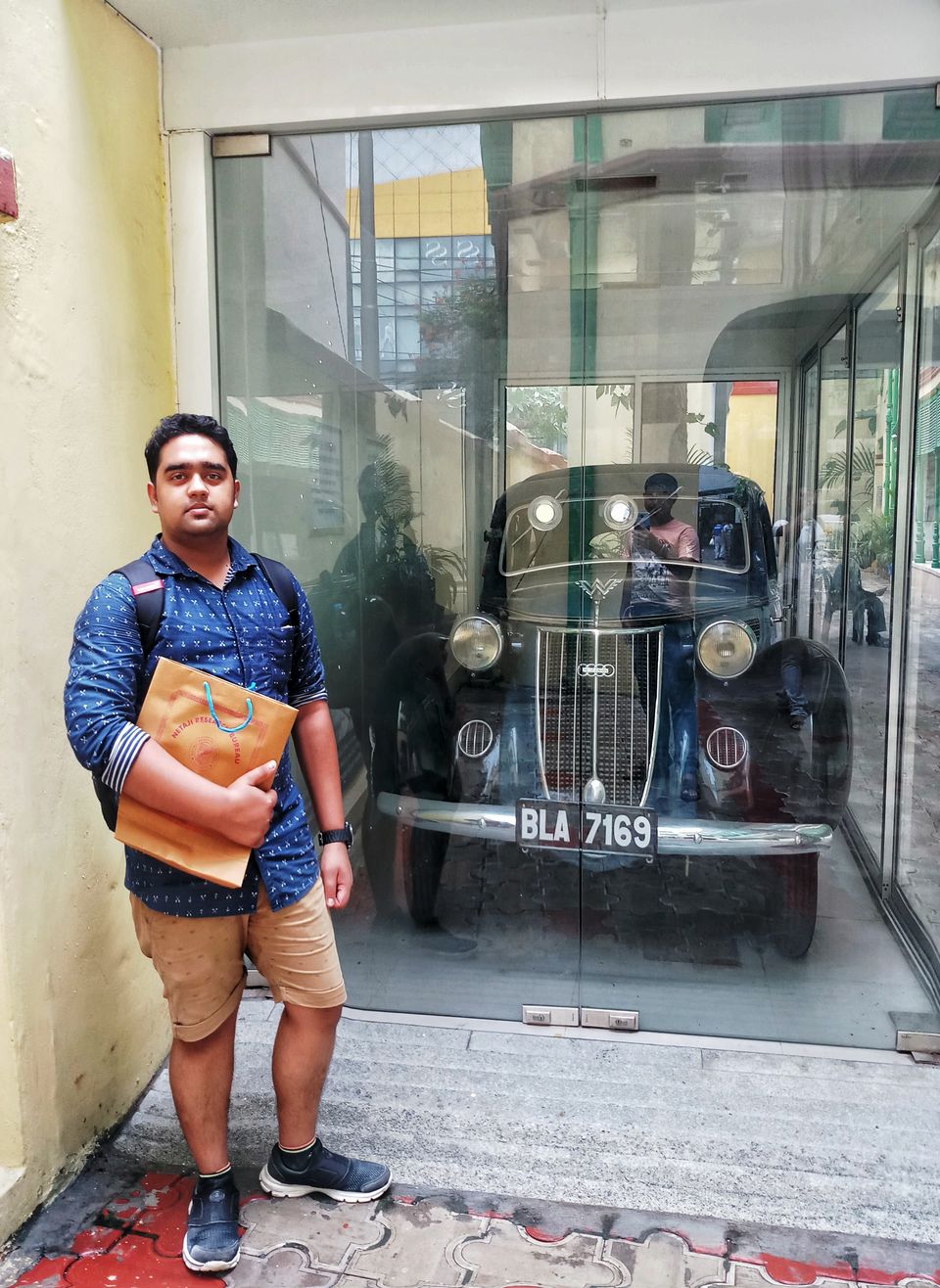 Turning away from the car, I entered the house through its main door. A flight of stairs led me to the upper floor. The interiors were maintained very intricately and passionately to provide the visitors a feel of the pre-independence period, with wooden staircases and floorings. The house had two accessible floors. As we climb up the wooden stairs, we come through to Netaji's bedroom on the first floor. The next room contains articles and furniture used by Netaji's elder brother (Mejdada), Sarat Chandra Bose. Also in this floor is, Netaji's office room which belongs and potrays the period of his term as Indian National Congress President. The room is still painted in the colors of the Indian tricolour. 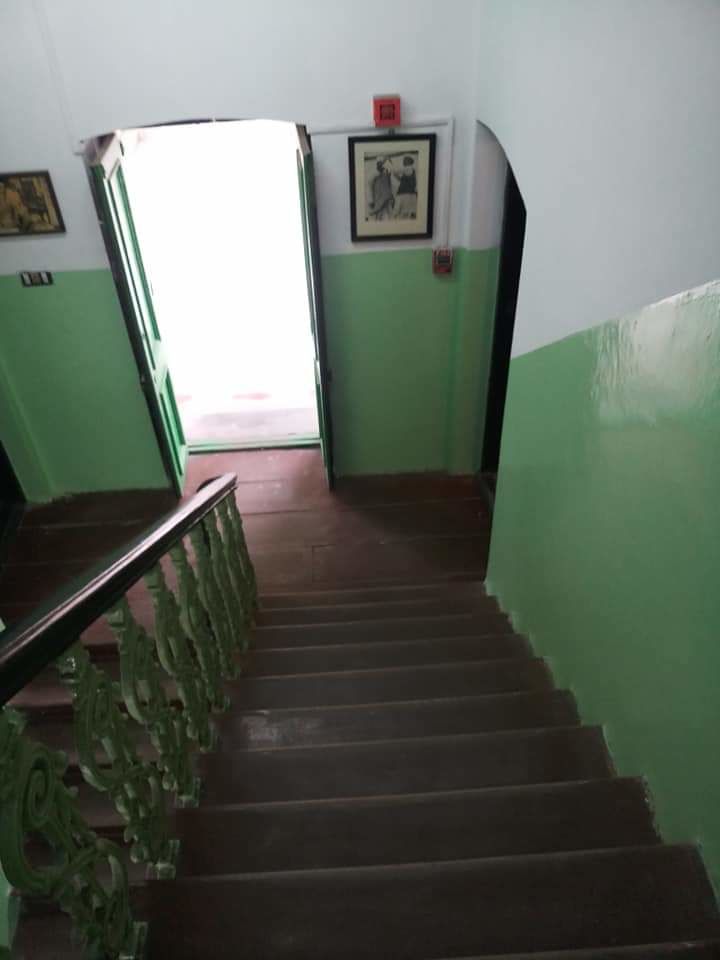 Netaji's Room. The Large bead with red sheet belonged to JN Bose, while the smaller simpler cot with green sheets belonged to Netaji 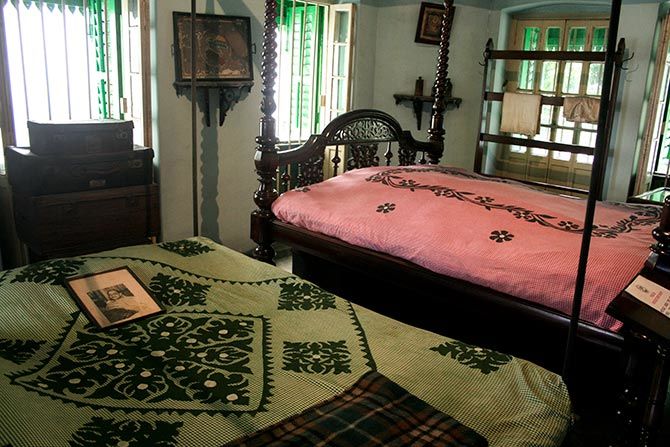 The daily vessels and commodities used by Netaji 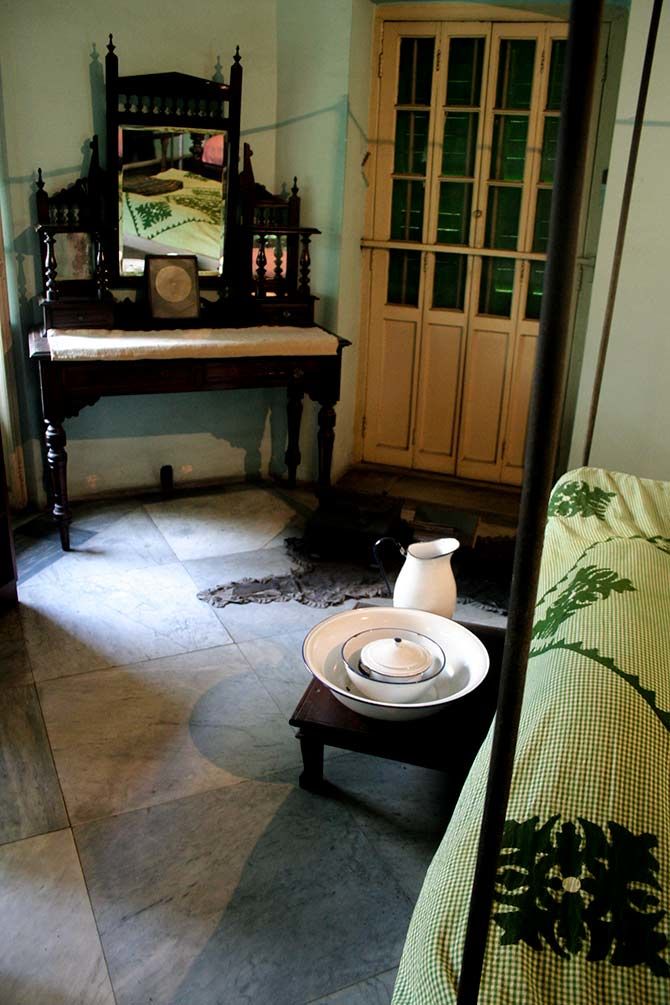 Netaji's Office during his INC Presidentship 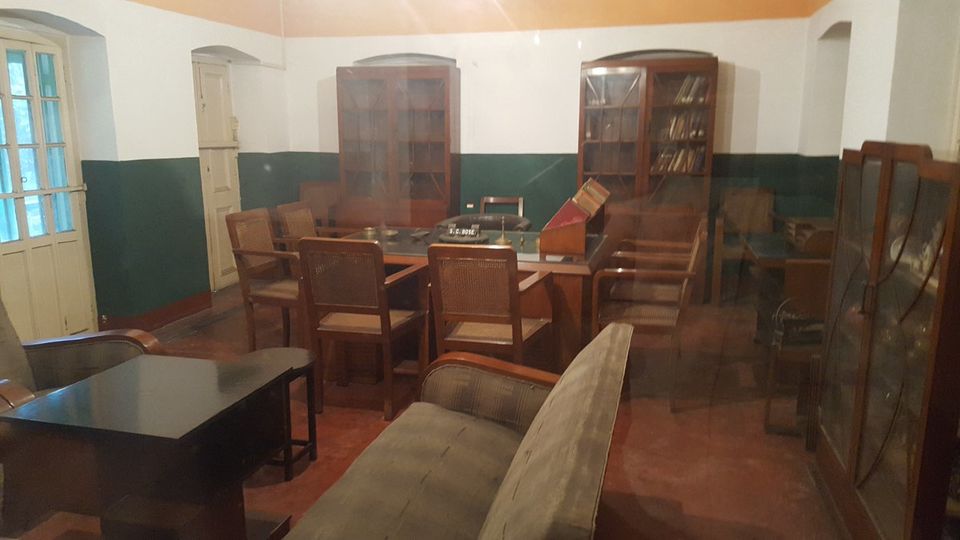 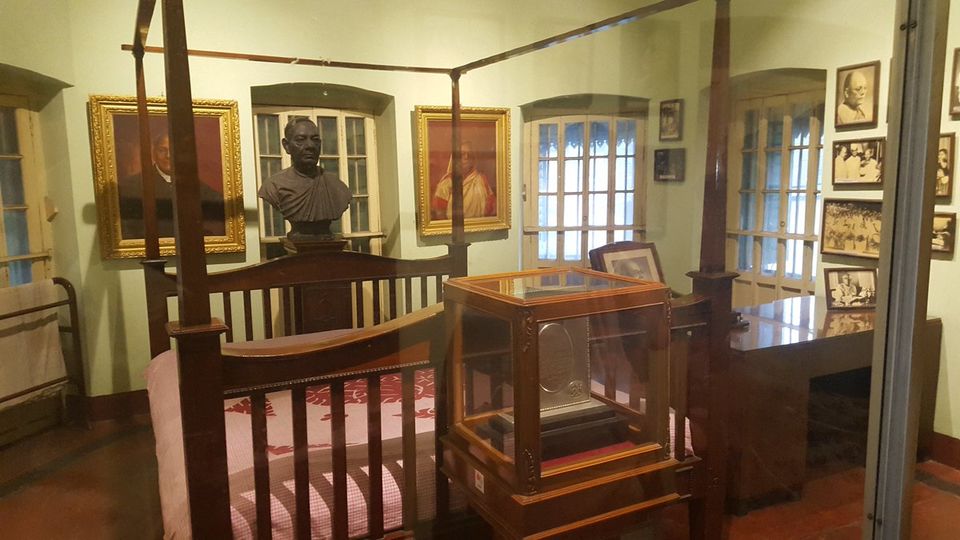 The top floor contains a treasure of numerous photographs, documents and articles relating to Netaji's life and work arranged in systematic, chronological order. Also in display are his original passports and mementos.

We then walk across the corridor to the Asia Room. The historic story of the Indian National Army and its brave assault on the north-western frontier of India, through the now northeastern states, unfolds before us. The supreme commander's cap and top-boots, the desk used by him in Singapore and even the garland he received on 21 October 1943 have been obtained for the museum. 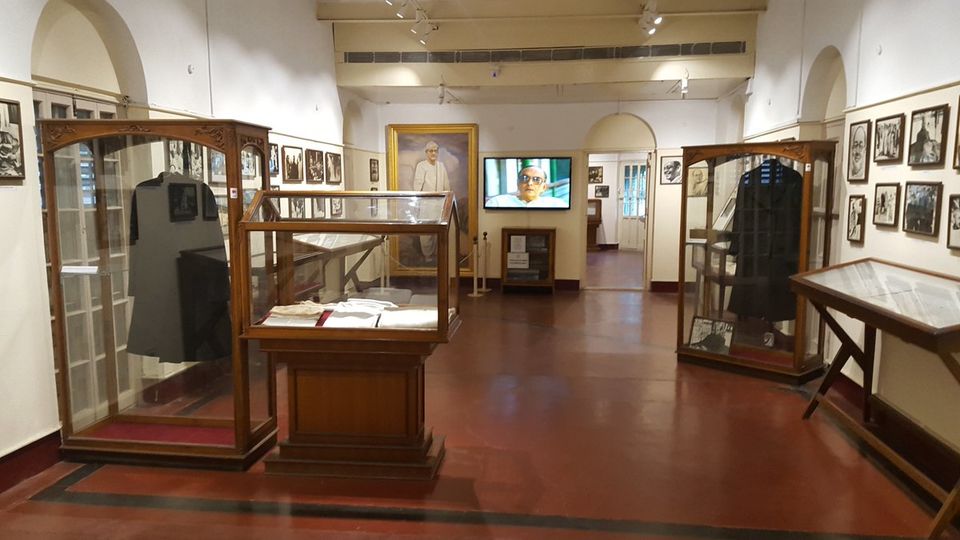 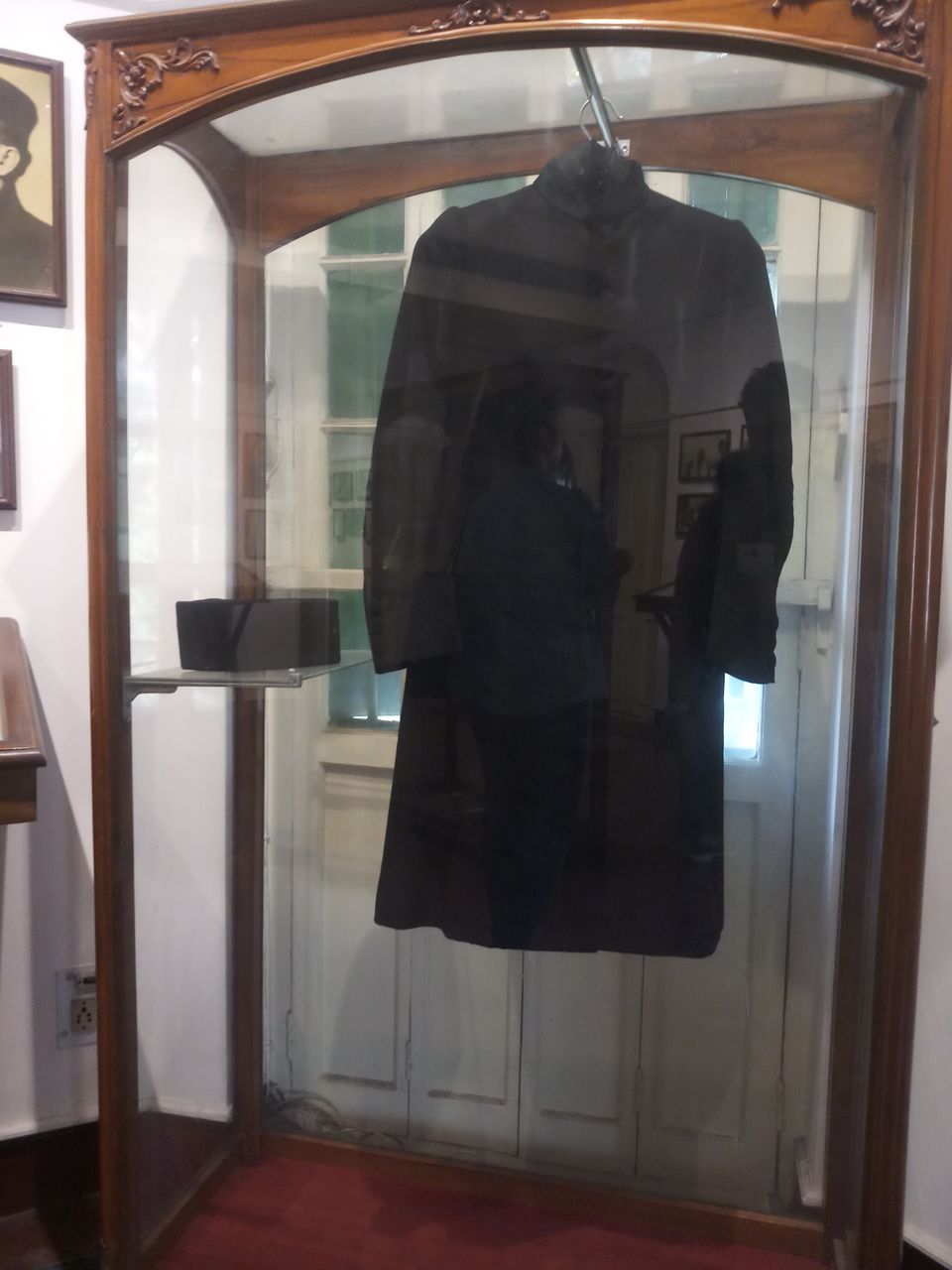 It was little past 3:45 pm in the late afternoon, when I climbed down the stairs retracing my path back, outside the house. I came out again facing the wanderer car in its glass display arena. On my left hand side was the way to exit the house, surpassing the same ticket room, while on the other, right hand side was the other quarters of the Bose house. I casually walked towards the alley way, I found another important and interesting thing. It was the stairs on the rear-side of the house, the one which was used by Netaji to escape in utter secrecy and like a shadow. The marble plaque on the foundation pillars of the stairs bore the sentence, "Netaji Subhash Chandra Bose used this staircase for his secret departure from this house on the night of 16-17 January, 1941. The Car in which he was driven by Sisir Kumar Bose to Gomoh was parked close to the Landing". It was surreal as I imagined myself standing right there and witnessing the great feat unfold on that night.

At about 4:00 pm in the evening, I finally decided it was time to trace back my steps towards the exit gate. As I exited, I had one last look at the house of one of the greatest leader of our country, as I waved down a kolkata's iconic yellow taxis.

Stay Tuned for the next episode of Heritage Houses of Kolkata, on my Tripoto account. Guess where the next stop would be, for the coming episode. Let me know in the comments. If you wish to hear more of my stories through my lens, do visit my Instagram photoblog.