Coral reefs-Are there any chances of its revival

During 1998 & 2002,bleaching affected half of systems reef.Yet in each case only 5% of reefs suffered damage.At that time nearly all bleached corals recovered because bleached corals does not equal to dead corals.It means stressed out corals.When water gets too warm,corals algal partners stop functioning and begin to die.When that happens,corals enter survival mode & kick these malfunctioning partners out otherwise they would die.This is what we observe as bleaching.Corals than persist long enough for water to cool down & then attract new algae partners& get back to their business as usual.However it takes a long time to recover from bleaching.During 1998 bleaching event ,90% of corals on western Australia's Scott Reef died & scientists expected recovery to take decades .For 6 years it looked completely dead.But than coral larvae from faraway reefs arrived & by 2010 the reef had recovered to pre-bleaching conditions.However in case they get hit with another wave of bleaching before revival,it may take years to recover.In case of frequent bleaching, revival chance are minimal.The corals won't be healthy enough to survive constant onslaught.

And due to increase in globaltemperatures,

overfishing,coastal pollution,ocean acidification chances are rare that the coral reefs will revive again. 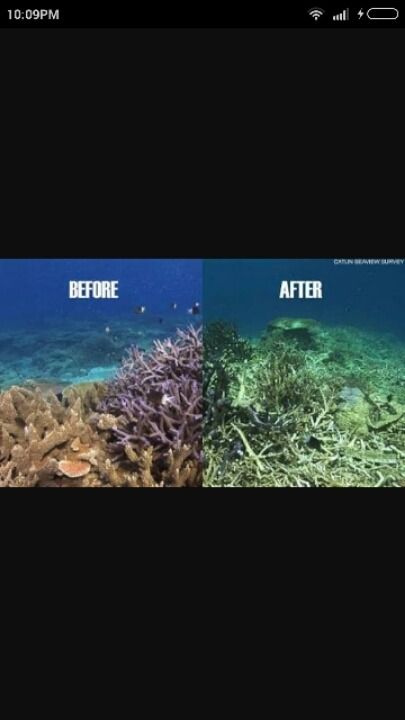