Wading through the Balaton

While in Budapest, we decided to take a half day trip to lake Balaton. It's is not widely known outside the country but our guide Kinga suggested we make the trip. Lake Balaton is around a one hour drive from Budapest city.
Kinga told us that it is the largest lake in Central Europe. She told us that it is a good place to escape the Hungarian summer dragon heat.
There are many beach resorts on the beach line where people from neighbouring countries are attracted to.

Lake Balaton is almost 50 miles long and 10 miles wide at its widest point.
Even though it's a freshwater lake,we found it has a milky green color because of the algae in shallow waters.
We even had a climb on the extinct volcano in the Tapollca Basin

The cool water felt like ice blades on our hot skin.
We waded in the water till we were neck deep.
We didn't swim in it as it had some green algae.

After spending time in the cool waters of the Balaton, we changed in the small changing rooms around the lake.
We went to one of the resorts where we could spend time in the lake for a mere INR 200 pp.

On the northern side, is a neat small town, where the lake is lined with two parallel rows of  trees that form the Tagore Promenade. Below their shining branches, there is the  bust of Rabindranath Tagore wrapped up in protective sheets.

Afterwards, we had some quirky ice creamS with flavors like bubblegum, lemon chili!
They were available for around EUR 2 each.

Overall it was a very adventurous day out indeed , filled with water, ice cream and a tinge of India! 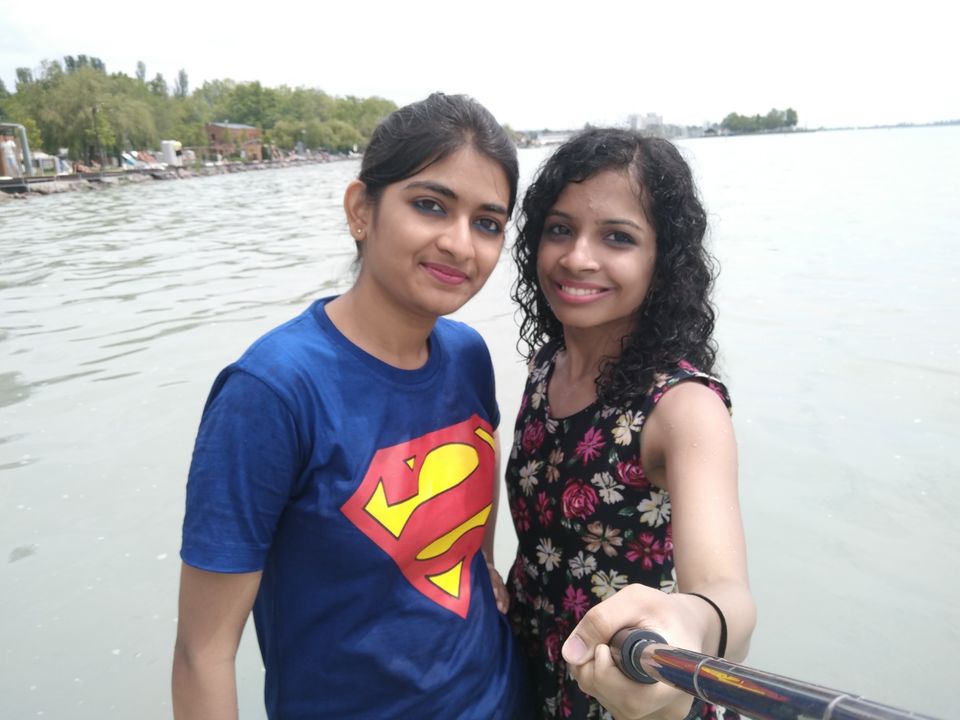 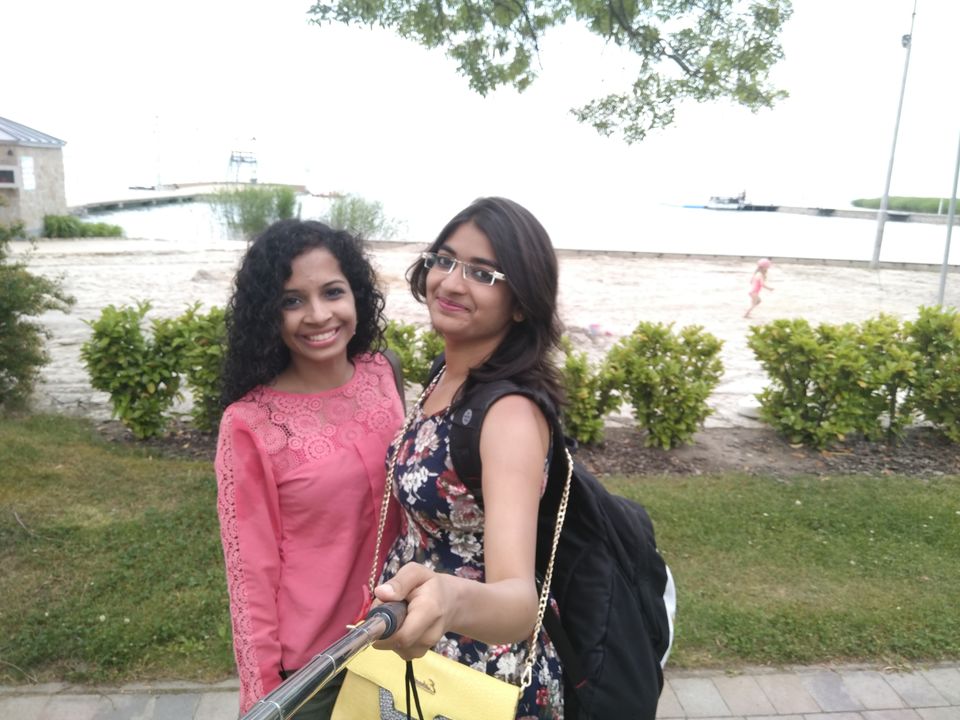 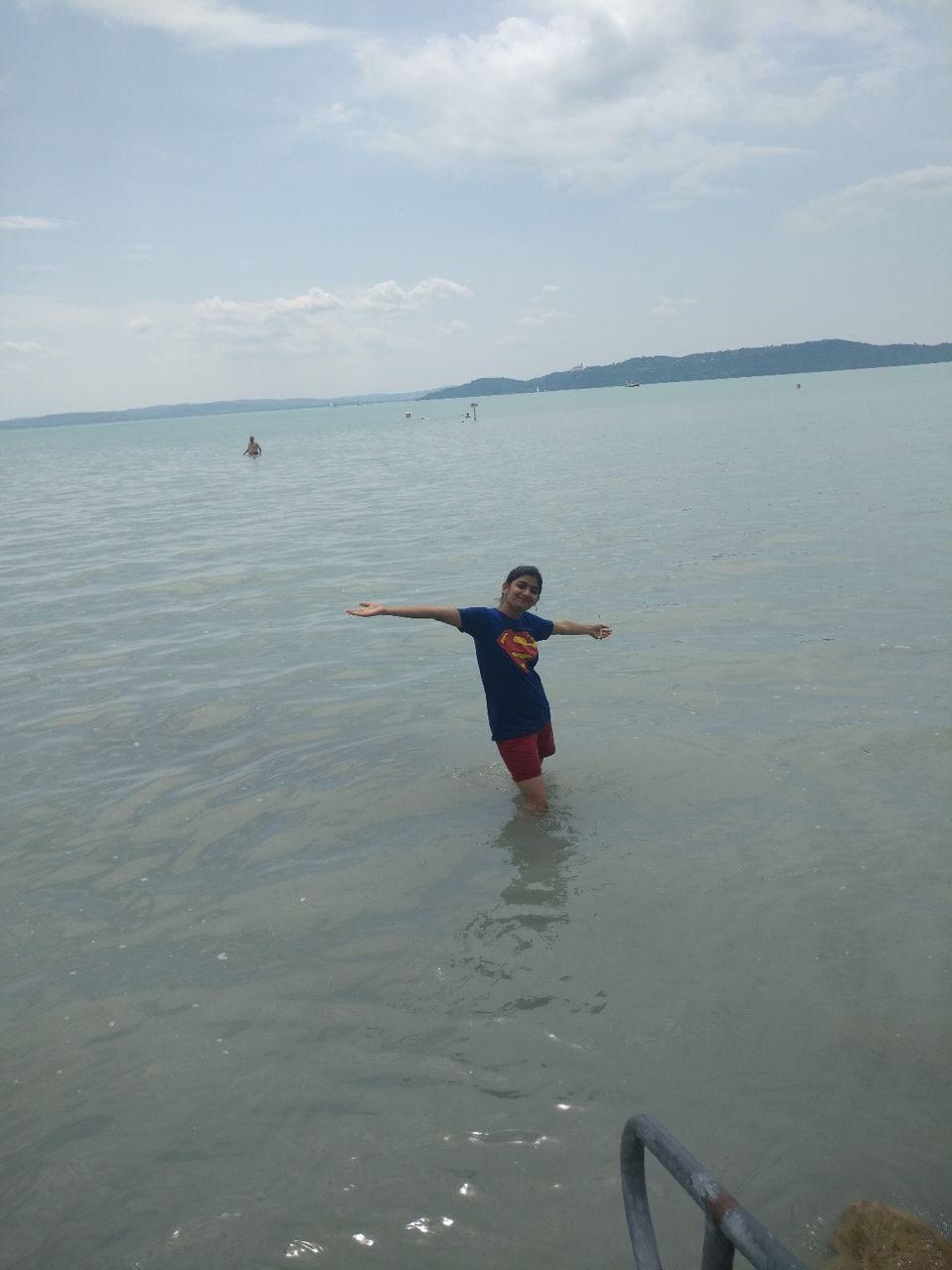 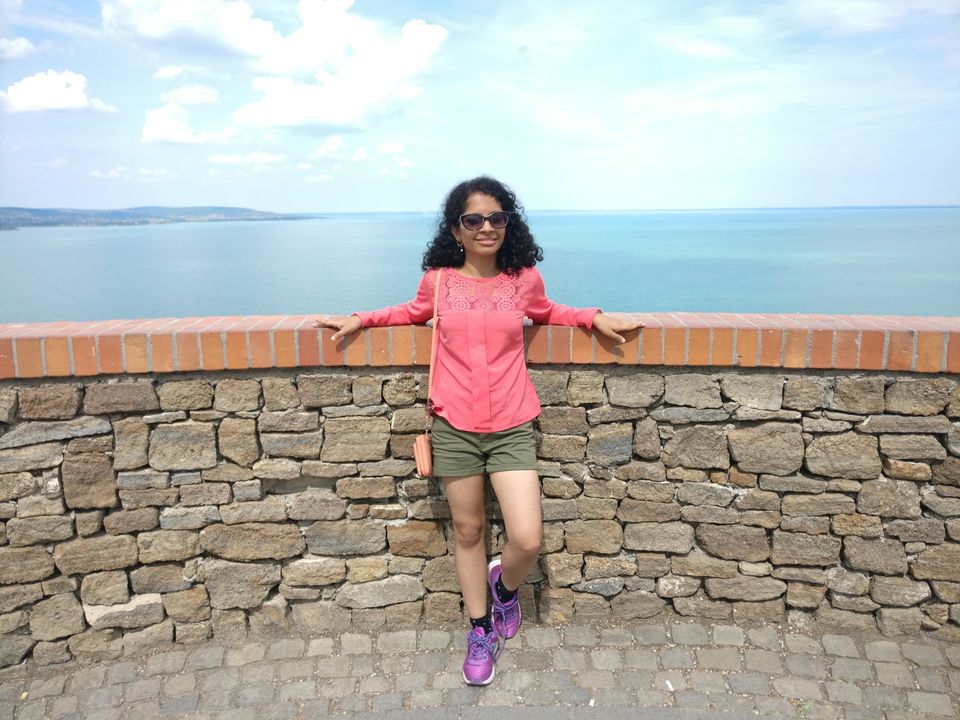 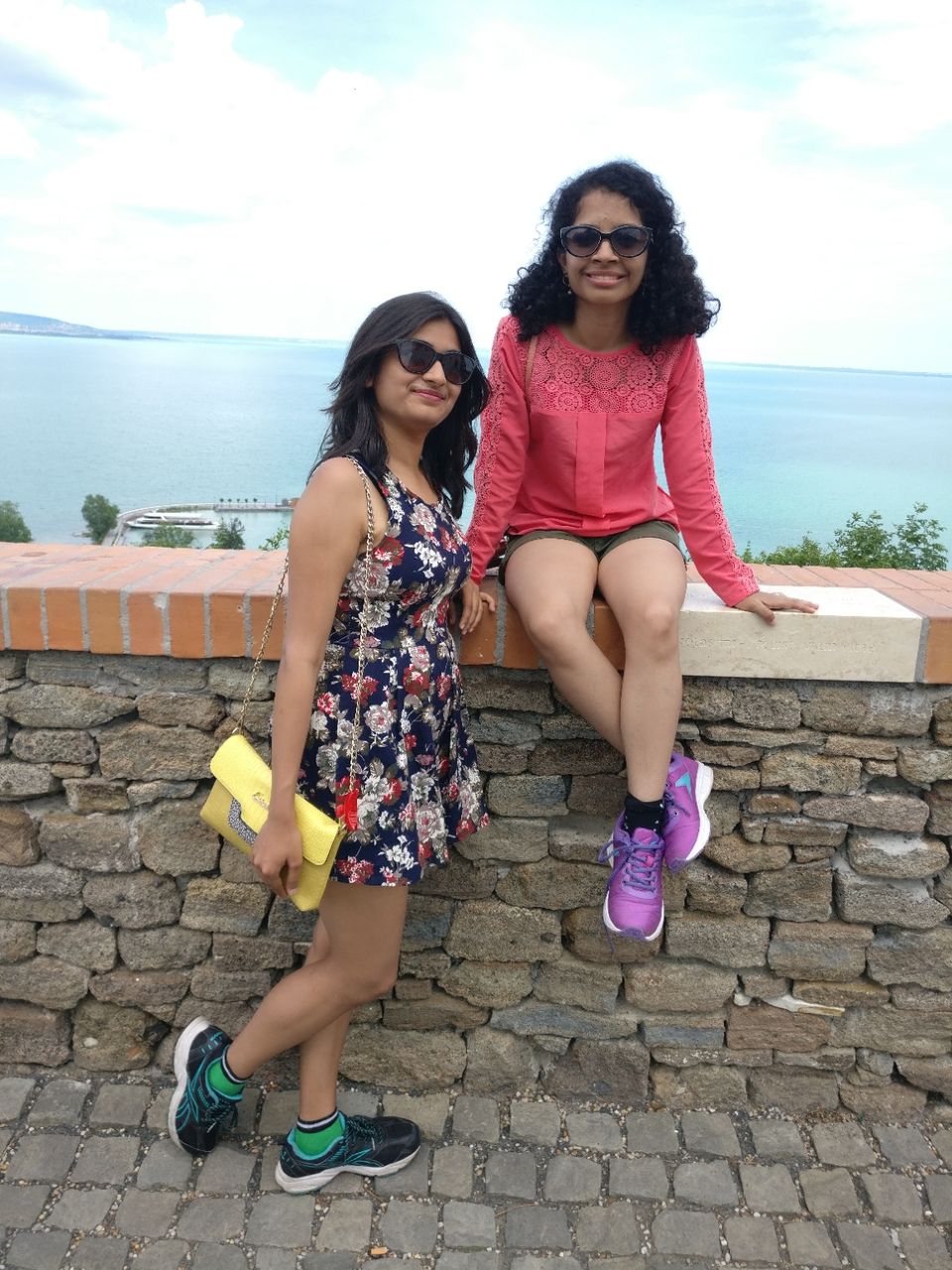 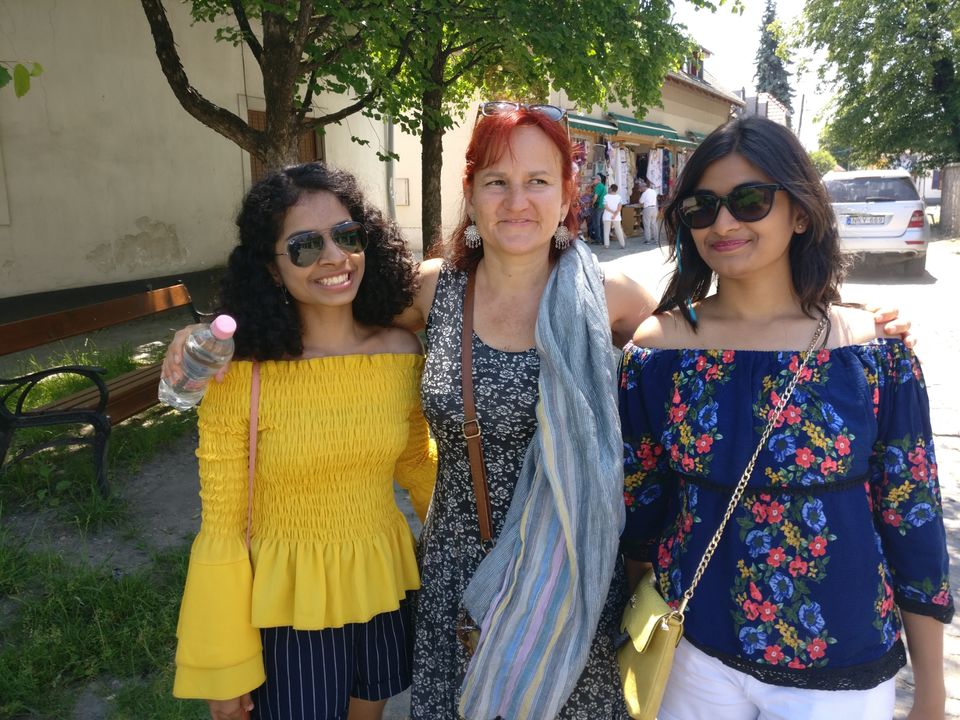