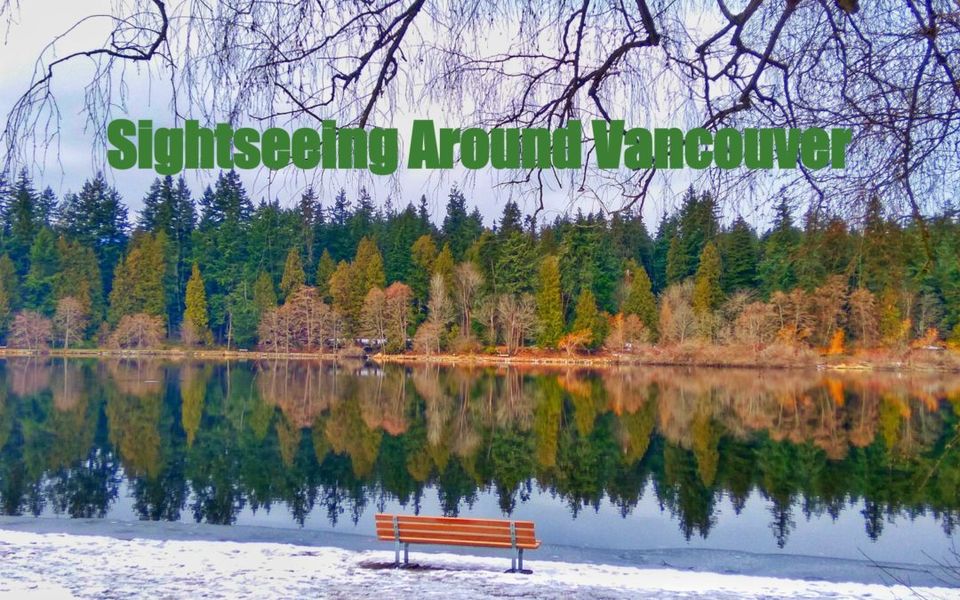 As I stand on the Pacific coastline observing the glistening lights of a bustling city around me, I have fallen in love with the city of Vancouver. A former colonial outpost of the British empire, Vancouver's history starts as a logging port town which has now evolved into a bustling metropolis that has been heavily influenced by the many populations residing within it. One of the reasons that I have fallen in love with the city is that it combines the modernity of the tall skyscrapers with equally tall Douglas fir trees at the abounds with nature Stanley Park.

I start my journey with a walk along the famous Pacific coastline. Although Vancouver is one of the warmest of Canada's cities, some unseasonal March snow adds a layer of white against the contrast of deep blue of the Ocean. The old coastline was actually a coal town which was housed by the first settlers on the Western Coast of Pacific. Later, when the coal here turned out to be of an inferior quality along with a failed gold rush at the Okanagan valley nearby, the town fell in love in timber. Today, the lumbering port has been converted into a walkway and is inundated with fallen maple leaves as evening joggers return home.

The walk has made me quite hungry as we head into one of Vancouver's most iconic locations: Gastown. The actual nerve centre of the city, it has become the de facto capital of Canada. Our first destination is the award winning Salt Tasting Room. A Spartan concept that introduces tasting flights of wines along bite sized food, it is a restaurant that challenges the traditional concept of eating out. Their menu showcases charcuterie, cheese and alcohol from the local British Columbia area, including wines, crafted beers even ales and ciders.

You can choose yourself a food flight (3 meats/cheese along with 3 condiments) for CAD 16 (INR 800) along with a flight of local wines from BC for CAD 15 (INR 750). I decide to try out the Canada Plate which featured a local Chevre Cheese along with a honey from the Similkameen Valley, a slice of Speck (Cured Pork leg) with Guinness Mustard and a St. Pauline Cheese with pickled vegetables. The wine flights included three wines from the local British Columbia area. The centre red being the Skaha Vineyards Cabernet Franc '14, a Reisling '15 from Tantalus Estate Vineyard in the Okanagan Valley and a 2011 vintage white from Pentage Winery which was a combination of Roussanne, Marsanne and Viognier.

After filling up our bellies, I head out to discover the rest of . As night has fallen, the street lights of Gastown have been lit and it makes for some exquisite views. At the heart of Gastown lies the famous Steam Clock. One of the few made by famous horologist Raymond Saunders, it runs partially on the steam pipes that runs underneath the city. The establishment of Gastown goes back nearly 150 years when it was the beating heart of the logging industry that used to thrive there. A whiskey maker famously known as Gassy Jack established a bar here and the area came to be known as Gassy's town and much later Gastown.

How to Get There?

Gastown is at a walking distance from the Waterfront Metro Station

For Breakfast, we head to the ARC Dining at Fairmont Waterfront where Executive Chef Suri is utilising local produce like Salmon and Wild Mushrooms. We fall in love with his Eggs Benedict and Salmon and Cream Cheese Bagels before heading out to discover the natural beauty that characterizes this city. Although Vancouver is a bustling metropolis, it's urban forests keep the city tightly bound to its roots.

Stanley Park is our first destination. Covered with snow on both sides, the miles and miles of walkways that snake its way around the gigantic coniferous trees offers a relief to the high strung senses. Gone is the bustle of the city, the honking of the horns and the aromas from all the eateries. It has been replaced with the calls of more than a hundred species of animals that reside here and smells from the wet ground underneath my feet. As long as your eyes can strain to see, scores of gigantic trees spring up and shoot into the skyline. It's spring here in Canada and the reflections of the flora on the partially frozen lake is something that you shouldn't plan on missing.

The Stanley Park continues into the Capilano Suspension Park & Bridge which used to be one of the major sources of lumber that the city used to thrive on. The suspension bridge is built over a gorge of the Capilano River and offers some of the most scenic views in Vancouver as the water crashes violently against the rocks in the bed of the river. The park acts as a hands-on educational portal on nature conservation along with activities that unleashed the inner child in me: A treetop walk followed by a glass of hot chocolate.

The Vancouver Tourism Board runs a half hourly shuttle from the waterfront to the Stanley Park.

Vancouver as a city impresses with its modern day fusion of cultures against the backdrop of some stunning natural beauty.