Canada: Easy Ways To Travel In A Large Country

The mistake most travellers make when visiting Canada is to underestimate its size – this is a huge country, the 2nd largest in the world. So any itinerary that, for example, tries to cover Toronto, Ottawa, Montreal, and Quebec City in one week is crazy. If you’re going to visit Canada my biggest recommendation is that you focus on a specific region of interest and not try to stuff the whole country into one visit.

Having said the above, Canada is a country that has as much to offer as its size. This is a spectacularly beautiful country full of varied landscapes, regional cultures (and cuisines), cosmopolitan cities, and friendly people. One of the aspects of Canada that foreigners (especially Europeans) often comment on is the abundance of space in Canada – huge, often rustic, national parks are everywhere and you can (willingly) lose yourself in nature. Experiencing Canada’s wilderness and natural beauty is in fact the primary reason travellers choose to visit the country.

I've have covered Canada’s attractions by region, going from west to east, giving you an overview of the country. Before getting into that though, I will give the first time Canadian visitor an itinerary recommendation: See either the West (Vancouver, Vancouver Island, the BC interior and Canadian Rockies) using Vancouver and Calgary as beginning/end points, OR, alternatively, see the East (Niagara Falls, Toronto, Ottawa, Montreal, Quebec City) using Toronto and Montreal as beginning/end points. You would need 2 weeks to do either. If you have less time you can tweek these recommendations by picking and choosing from the regions covered in this guide.

I truly think Vancouver is one of the most beautiful cities in the world. Nestled between the deep blue ocean and the majestic snow capped Coast Mountains, Vancouver is one of the five most livable countries in the world. It’s sophisticated, temperate (no crazy Canadian winters here), multicultural, and has an incredible infusion of nature with fantastic parks and beaches. Gleaming glass condos reflect ocean and sky, huge totem poles reflect the large role of Native Americans. No matter what kind of a traveler you are, Vancouver will entice you. They like to say that in Vancouver you can spend the morning at the beach and the afternoon hiking in the mountains. Visit Stanley Park (huge park with hiking trails, beaches, and bike paths), Granville Island (which features a large market), stroll down Robson Street for dining and shopping, visit the Aquarium, the Vancouver Art Gallery and the Richmond Night Market in the summer for cheap eats. Go up Harbour Centre for views over the city. Visit Gastown and Yaletown, two trendy neighborhoods. 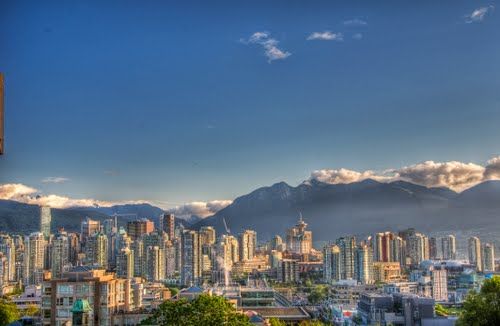 The second most populous island of Canada and the largest Pacific Island, Vancouver island is quirky and colorful. The views of the ocean and islands are gorgeous, you might even see Killer whales (Orcas) on the way. Victoria, the Capital of British Colombia is situated on this island and is quite an interesting city itself. It is a nice, small city with gardens, restaurants, museums and parks, with a dash of England. Getting to the island on the ferry is quite a wonderful ride. Whale watching is a popular activity on Vancouver island and Victoria, Tofino, Ucluelet and Telegraph Cove make good bases. The island also has great hiking: the incredible seascapes of the unmissable Pacific Rim National Park, the mountainous vastness of Strathcona Provincial Park, and the popular West Coast Trail are all highlights.

The interior of BC is every bit as spectacular as the Rocky Mountains to the East and the Pacific and Coast Mountains to the West. Don’t just drive through on the Trans-Canada (Hwy-1) or Hwy-3 – the real attractions lie in the two north-south routes. The Easternmost of these goes through the Kootenay region, an idyllic assortment of mountains and lakes and peaceful towns from the grand Glacier and Revelstoke national parks all the way south to the US border near the attractive old mining town (and skiing and biking haven) of Rossland. Roughly parallel to the west, the next major highway system travels along the arid Okanagan Valley: a Californian-like enclave of orchards, vineyards, warm lakes and resort towns, whose beaches and scorching summers draw hordes of holidaymakers from all over Canada and the western US. Kamloops is the Okanagan’s northern gateway. It’s also on the doorstep of the laidback Shuswap region (an area of lakes and rivers) and the magnificent Wells Gray Provincial Park, a remote collection of exceptional waterfalls and perfect canoeing lakes. 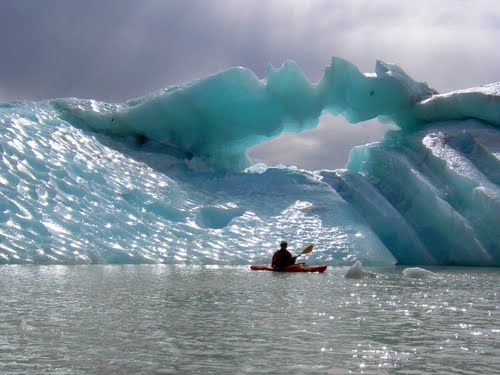 One of the principle reasons people come to Canada is to visit the (many) highlights of the Canadian Rockies. The range is best known for its long, and virtually unbroken north–south chain of national and provincial parks, and for its world-class ski resorts. Calgary is the region’s main gateway – in fact the Rockies rise up from the plains of the prairies just a little bit west of the city. Banff National Park is the region’s best known and busiest park. Just north is the less visited Jasper National Park, by far the largest park in the region. The western boundary of both Banff and Jasper parks is also the provincial border, so adjacent areas are protected in a separate set of BC parks: Mount Robson Provincial Park includes Mount Robson, the highest and most dramatic peak in the Canadian Rockies, while Yoho and Kootenay national parks lie just west of Banff National Park. At the southern end of Canada’s Rockies, and coupled with Glacier National Park in the US, is small but impressive Waterton Lakes National Park. Fun things to do here? There are over 3000km of hiking and biking trails that crisscross the mountains, the majority being well traveled and well signed. Other activities: fishing, skiing, canoeing, whitewater rafting, rock climbing. 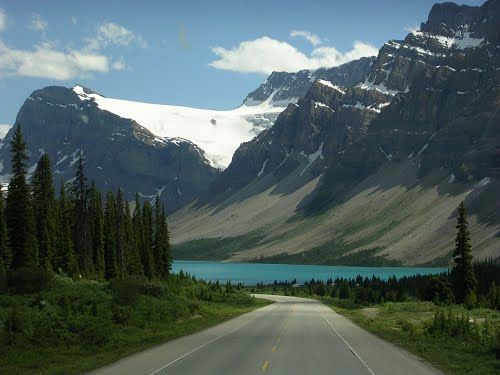 From dramatic rocky mountains, the landscape changes to monotonous flat lands. The Prairies extend from Ontario in the east to the Rocky Mountains in the west, the provinces of Manitoba, Saskatchewan and Alberta. Here you will find those endless roads that meet the horizon. Calgary is the Western gateway to the prairie provinces; confident and modern, this city is booming like nowhere else in Canada at the moment. Every summer, it plays host to the Calgary Stampede, a near city-wide celebration of Calgary’s ranching heritage. The city is also home to the Calgary Tower, Calgary Zoo, and Canada Olympic Park (the city hosted the 1988 Winter Olympics). Visit Stephen Avenue Walk, a wonderful location to eat, drink and shop and go to some of the city’s parks (Fish Creek Provincial Park is recommended) for walking and hiking. East of Calgary, visit the arid Badlands around Drumheller (once home to dinosaurs), the town of Medicine Hat, and the Grasslands National Park. Another fascinating city is Winnipeg- the capital of Manitoba and the Eastern gateway to the Prairie provinces. It’s also smack in the middle of the country – it used to be known as the “Bulls Eye of the Dominion”. It's a mix of culture and history, with old buildings lining up the city. 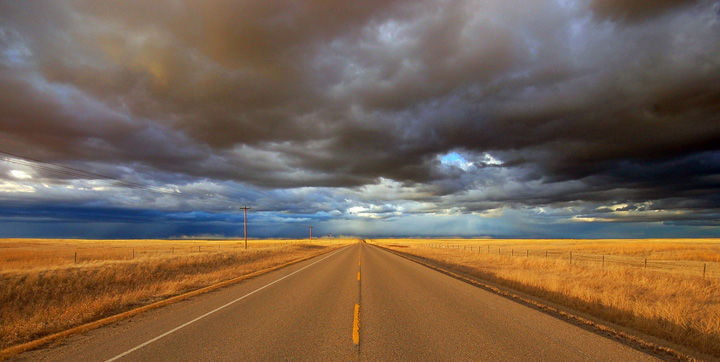 Ontario is the largest province in Canada that has been luring the tourists with many top attractions. Two of the parks Lake Superior; Lake Superior Provincial Park and Pukaskwa National Park, are stunning. In Central Ontario, Algonquin Provincial Park is worth a visit for various adventure activities. Southern Ontario is more urban. The biggest attraction in this area (and one of the most popular in the world) is Niagara Falls. Needless to say, it is a spectacular destination and a boat ride in the mist is a must! 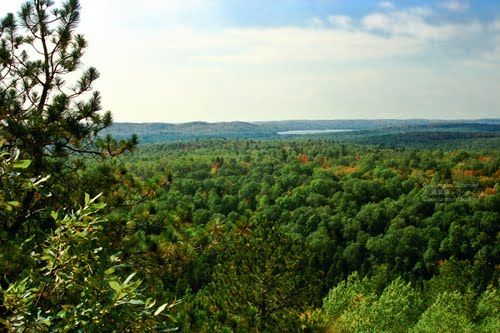 The largest and the most populous city of Canada, Toronto brings you back to the concrete jungle for a while. Toronto is pretty happening with museums, zoos, science and art centers etc. It provides the city charm and there are quite a few things here to keep you busy. The 1,800 ft high CN Tower, the Rogers Center, the Hockey Hall of Fame, the Harbourfront Center, the Art Gallery of Ontario, the Ontario Science Center. You can go see the Toronto Maple Leafs play hockey or the Toronto Blue Jays play baseball (the only major league team outside the USA). Toronto is a diverse and eclectic city, home to endless neighborhoods that offer quality shopping, cuisine, and cultural amenities. The city is also home to the third largest live theatre scene in the world (after New York and London). 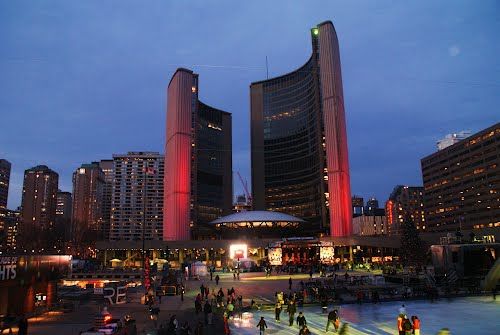 Ottawa is the National Capital. It’s home to Parliament Hill, many national museums, the ByWard Market, the Rideau Canal and Rideau River, and the best Canada Day celebrations in the country. Lying on the banks of the Ottawa River, the capital is very charming and 'green'. Very relaxed and peaceful, Ottawa is the place to absorb the Canadian lifestyle. The locals are very warm and friendly. 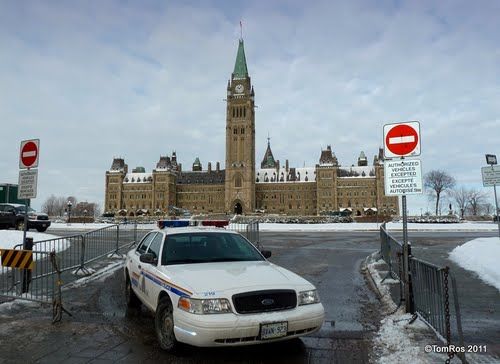 Montreal is named after "Mount Royal", the mountain named by Jacques Cartier in 1535. Historically, it has been the commercial capital of Canada and the largest city in French-speaking Canada. It is a cosmopolitan place, full of sexy people, great nightlife, and historical attractions. Most people speak both English and French, often switching back and forth in the same sentence (we can it ‘franglais’). Go up ‘the mountain’, see Old Montreal, ride a bike through the city’s parks. There is lots to see and do in Montreal (click the link to my website to get a full guide to Montreal). 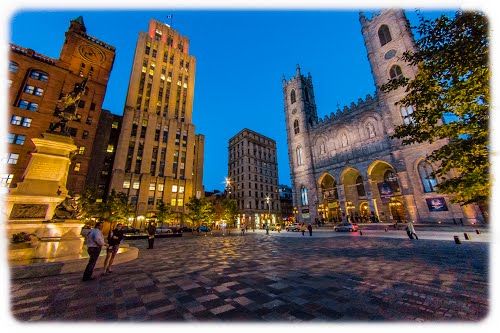 A 3 hour drive from Montreal is a city with the charm of Europe - Quebec City. This place is a treat for the eyes, with some beautiful architecture standing tall. It is well known for its quaint Old City, it’s grand winter festival, and gorgeous architecture. The highlight is the Chateau Frontenac, which overlooks the St. Lawrence river. Just outside of Quebec City, along the northern shore of the St Lawrence, it is worth stopping at Montmorency Falls - it is the highest waterfall in the province of Quebec and is a nice place to stretch the legs and walk around. 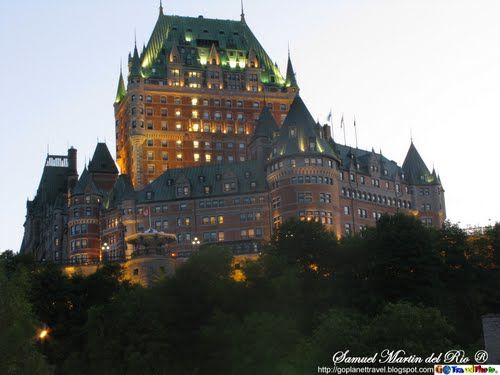