1903, a time when the world was in a race of colonialism, The Forbidden city was still an unexplored destination and a potential trade route. In order to counter the Russian influence in Tibet and to establish a trade route with China, a Mission under the leadership of Colonel Francis Youngshusband was sent to Tibet. Total strength of the mission was 3000 armed men backed by 7000 Sherpas.

Although aware of the invasion, Tibetan officials initially offered very little resistance and they continuously refused to talk to the British officials (despite giving assurance of talks).
Finally when the marching contingent of Britishers arrived at Chumik Shenko (March 1904), an armed contingent from Tibetan side was there to stop invading Britishers. It was believed that the water at Chumik Shenko would disperse enemy. Backed by amulets which gave Tibetan army assurance that the enemy bullets wouldn't harm them, the Tibetan Generals still decided not to open fire but at the same time they wouldn't allow the marching British contingent to move further.

British Generals decided to disarm the Tibetan army to make their way towards Lhasa. As per British records when they were disarming the Tibetan army, one of the general took out his gun and shoot one Sikh soldier in the jaw. That one shot lead to massacre of Chumik Shenko where Britishers lost just one jaw  and Tibetan lost approx 700 souls.

After this massacre, Britishers finally reached Lhasa. The time they reached Lhasa , Dalai Lama had already left the city. And the British expedition/Invasion of the forbidden city concluded with the Treaty of Lhasa.

In a letter to his father Youngshusband wrote ," As I have always said, Tibetans are nothing but sheep."
Later this mission was widely criticized.

DO VISIT OUR YOU TUBE CHANNEL "EXALTED SOULS" 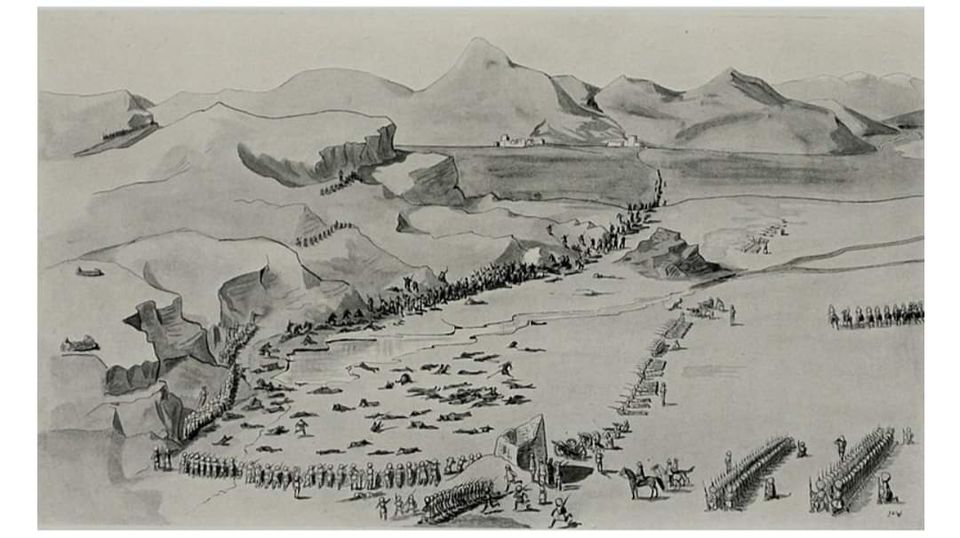