COONOOR- A Sanctuary of Tranquility 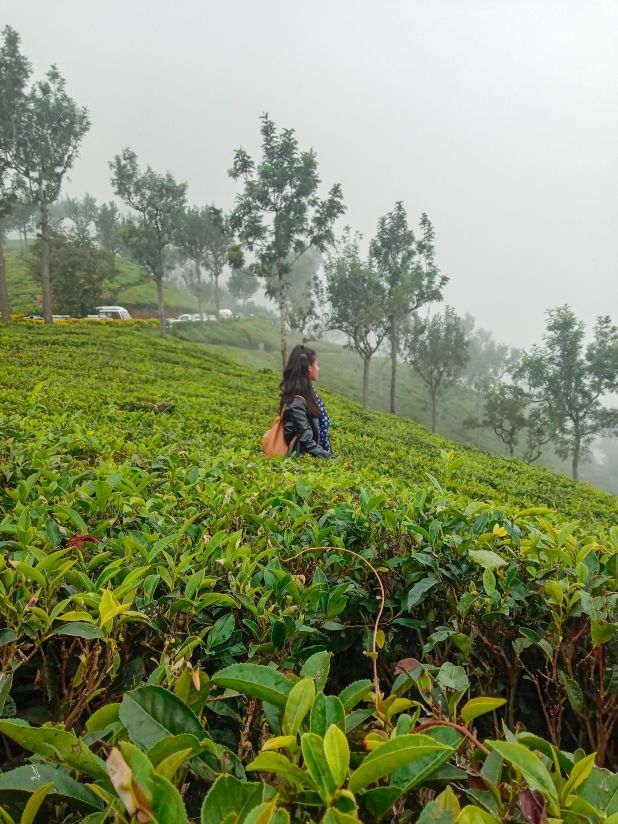 Tranquility is the calmness that one experiences in places that are close to nature and far from the disturbances of the mundane world. And, Coonoor is undoubtedly synonymous with tranquility. You get to loose the definition of beauty and the track of time there as the mists make you feel like it’s still 7 a.m. in the morning untill the sun peeps out or dusk rolls in.

After having a heavy South Indian breakfast in Ooty, we started the journey in our mini bus, perfectly clothed in colourful jackets, sweaters and beanies. I had no idea what lay ahead of our day trip to Coonoor, since I chose not to Google the places. I didn’t want to get upset with the driver-cum-guide for not taking us to this or that place. Plus, I am learning to love and live with uncertainty. When you know not about what’s going to happen in the very next minute, that’s what makes life adventurous. Isn’t it?

Sitting near the window seat, my eyes were sparkling with anticipation of the surprises that awaited me, my hands swiftly juggling phone and camera to click pictures by the way. As the bus slowly moved uphill, the whole town of Ooty seemed like a slanted painting in the wall.

(*Swipe down for the magical photos of Coonoor.)

Our first stop was at the *Ketti Valley View Point, located on the Ooty-Coonoor road. After enjoying the panoramic view of Ketti Village and a hot chocolate cake, we resumed our uphill drive.

The sky was covered with clouds and it was as if time was moving backwards. There was no trace of the sun. As I was again enjoying the race between our bus and the trees, the bus stopped again, now at the Wellington Cantonment Board. The square was well curated with a small garden and several artefacts. We weren’t allowed to wander too long near the gates due to security reasons of the army and thus, hopped back into the bus.

Our journey to the top of the hills continued with the road getting narrower and steeper. I was then able to touch the hanging leaves and branches in one side of the hills. The other side, of course, slopped down with bushes of colourful, wild flowers. The bus again come to a halt. This time it was a jam. A jam in the narrow hilly roads of Coonoor where two mini buses were trying to cross at the same time! This seemed quite interesting. Our stoic driver Mr. Anand predicted that it would take almost 1 hour for the road to clear. The passengers cursed everyone but themselves while I was busy taking my head out of the window and stretching my hand to pluck strange-looking red flowers!

Luckily, the road steered clear in about 30 minutes or so and it was so smooth that not a single hurl of words could be heard from the nice drivers. Had it be in the cities, there would have been an exaggerated scene of people fighting and shouting at each other for the jam.

After the trees came the slopes of lush, green tea gardens which was the highlight of the day trip to Coonoor. The never ending tea gardens of Coonoor occasionally dotted with silver oak trees in the middle of the plantations were like medicine for the eyes… We arrived at a factory where oils, chocolates, tea leaves and wine were being prepared from the plantations. The whole place was a treat to the senses. The aromatherapy of the oils, coffee beans, and the yummy chocolates were quite energizing. I indulged in free wine tasting, drinking the hot, delicious tea (RS.10) and of course buying a box of handmade chocolates. I bought a bottle of Nilgiri oil, as well.

The hills were a bit muddy but walkable. I felt like walking up and up among the tea gardens and getting lost in the hills of Coonoor and wished not to be found by anyone but only by myself. I was already lost in time. One more step and I would be lost among the green blankets, hard to be spotted.

After traveling in bus for about an hour with the mesmerizing scenery of misty green slopes, we had to walk from the bus stand to the Dolphin’s Nose View Point. On the way, we spotted a waterfall camouflaging among the thick blanket of mist and floating clouds. The scenery was so beautiful. Everything around us was radiating love and happiness even though the weather was cloudy. But, the sun did peep out for a few minutes where everyone stood in awe of the heavenly ambience up there.

The view point of Dolphin’s Nose was bustling with humans and monkeys. The slope was very much steep and deep and the place is also called the ‘Suicide Point’. I wondered who would want to die in a place that is able to give hundreds of reasons to live! Certainly, I won’t!

There were stalls lining the road nearby Dolphin’s Nose selling hot, slurpy Maggi, steaming coffee and tea. The whole place was enchanting. I didn’t care about what time it was. Noone did. It was the grumbling of our stomachs that indicated it was past lunch time and we had to reach our bus.

Fast forward 1 hour. I was sitting in the bus after having my lunch. It was already 3:30 p.m., but the weather seemed to deny the time.
The downhill drive seemed to pass very quickly with the weather clearing up as we spiralled our way back to Ooty. Time popped back and gradually the mundane world too. I could now notice more clearly the beauty of transition from tranquility to chaos, from getting lost to finding myself back again.

Ketti Valley from the View Point on the way to Coonoor. 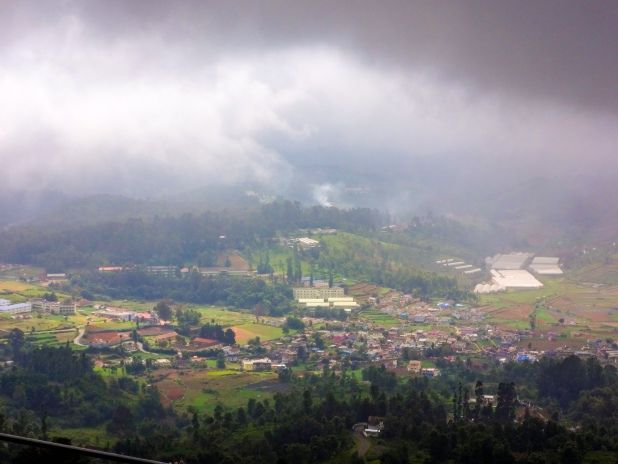 A waterfall on the way to Dolphin's Nose view point. 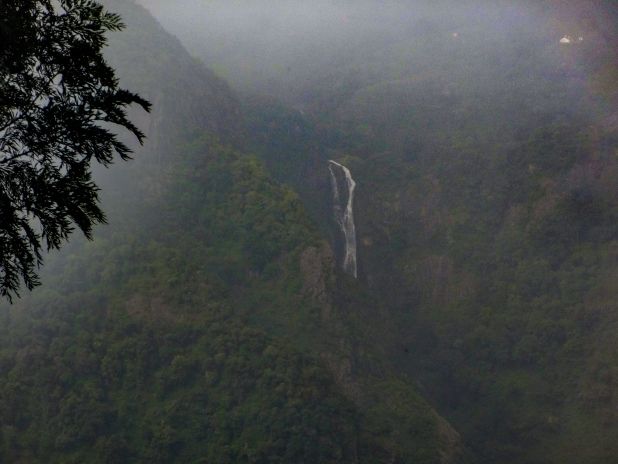 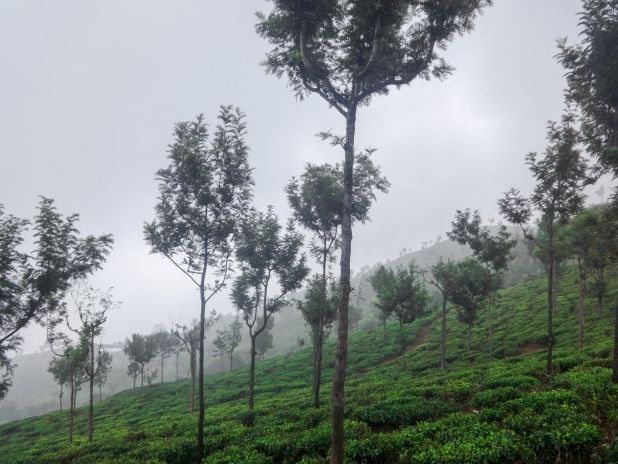 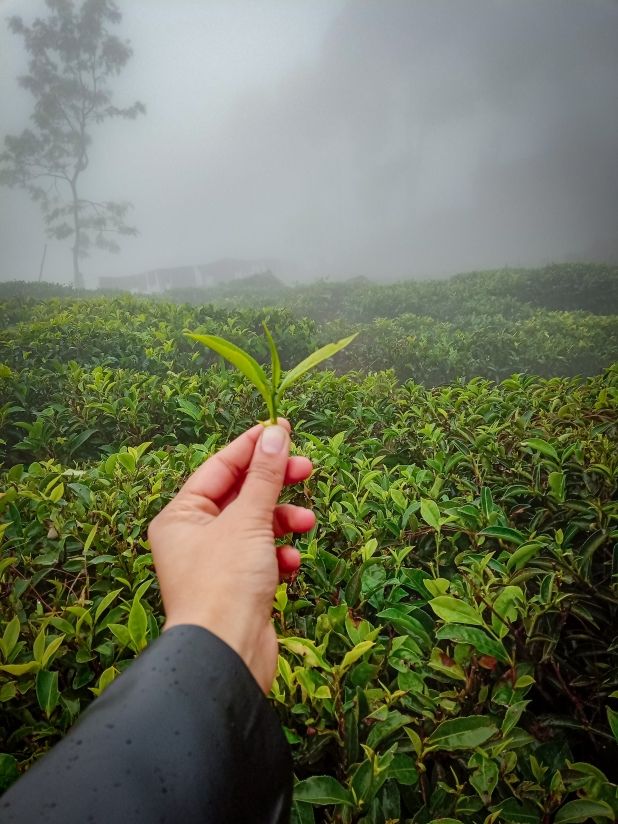 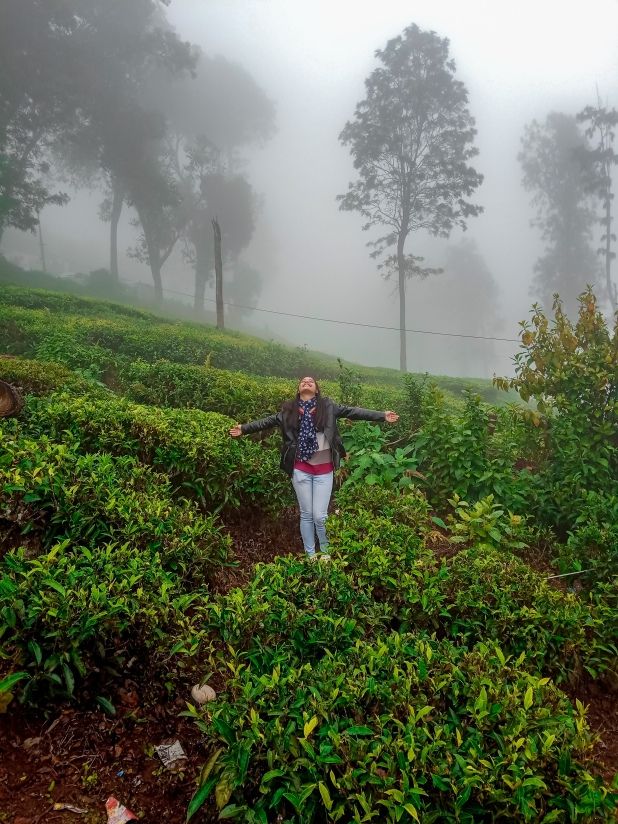 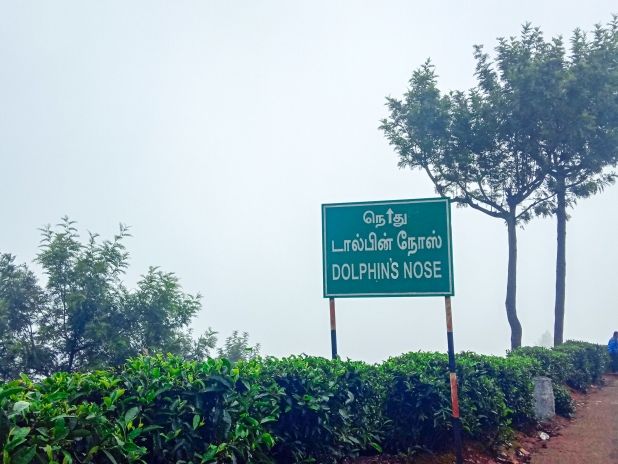 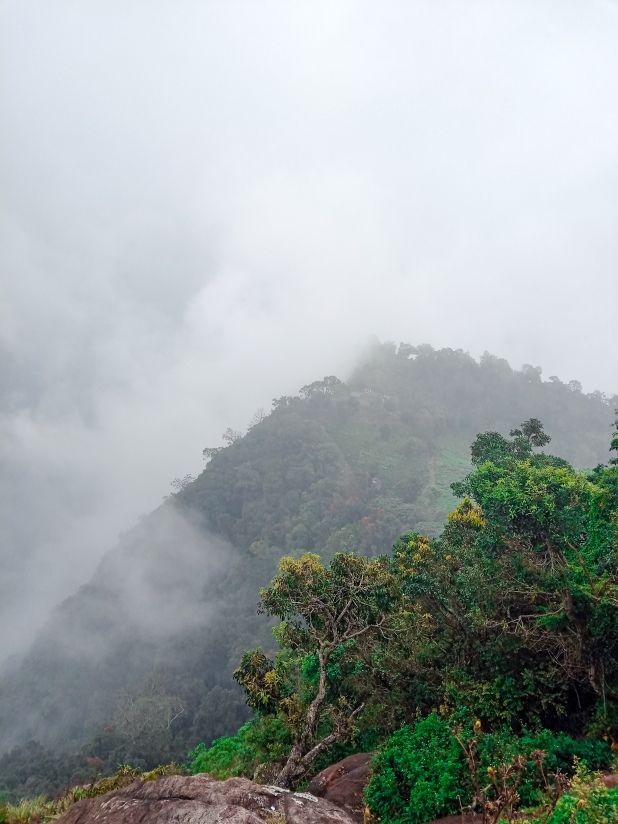