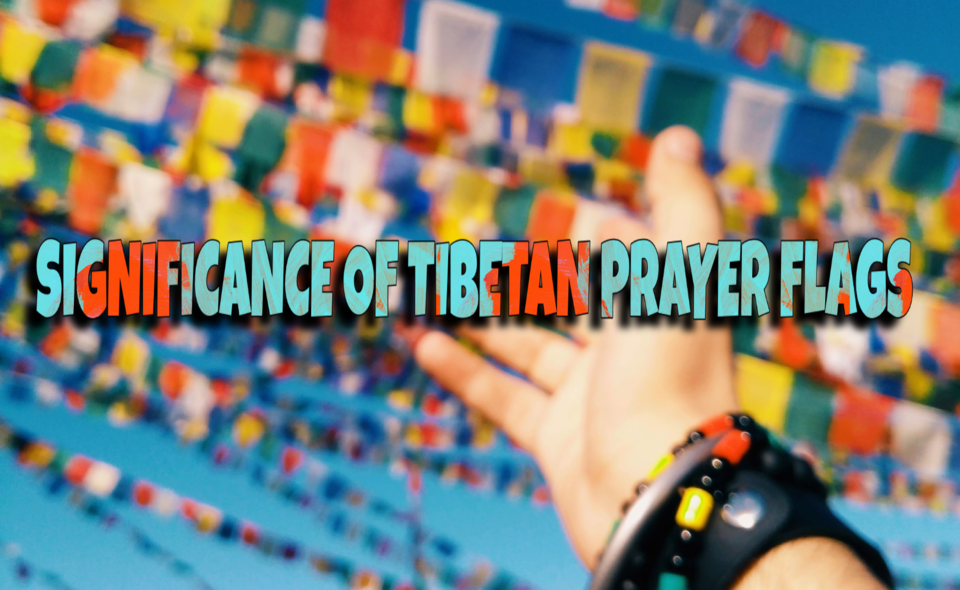 A Tibetan prayer flag is a colorful rectangular cloth, often found strung along trails and peaks high in the Himalayas. They are used to bless the surrounding countryside and for other purposes. Prayer flags are believed to have originated with Bon. In Bon, shamanistic Bonpo used primary-colored plain flags in Tibet. Traditional prayer flags include woodblock-printed text and images.

Nepal Sutras, originally written on cloth banners, were transmitted to other regions of the world as prayer flags. Legend ascribes the origin of the prayer flag to the Gautama Buddha, whose prayers were written on battle flags used by the devas against their adversaries, the asuras. The legend may have given the Indian bhikku a reason for carrying the heavenly banner as a way of signifying his commitment to ahimsa. This knowledge was carried into Tibet by 800 CE, and the actual flags were introduced no later than 1040 CE, where they were further modified. The Indian monk Atisha (980–1054 CE) introduced the Indian practice of printing on cloth prayer flags to Tibet and Nepal.

Lung ta (horizontal) prayer flags are of square or rectangular shape, and are connected along their top edges to a long string or thread. They are commonly hung on a diagonal line from high to low between two objects (e.g., a rock and the top of a pole) in high places such as the tops of temples, monasteries, stupas, and mountain passes.

Darchog (vertical) prayer flags are usually large single rectangles attached to poles along their vertical edge. Darchog are commonly planted in the ground, mountains, cairns, and on rooftops, and are iconographically and symbolically related to the Dhvaja.

Traditionally, prayer flags come in sets of five: one in each of the five colours that correspond with the 5 Elements of Chinese theory. The five colors are arranged from left to right in a specific order: blue, white, red, green, and yellow. The five colors represent the five elements and the Five Pure Lights. Different elements are associated with different colors for specific traditions, purposes and sadhana. Blue symbolizes the sky and space, white symbolizes the air and wind, red symbolizes fire, green symbolizes water, and yellow symbolizes earth. According to Traditional Tibetan medicine, health and harmony are produced through the balance of the five elements.

The center of a prayer flag traditionally features a Lung ta (powerful or strong horse) bearing three flaming jewels (specifically ratna) on its back. The Ta is a symbol of speed and the transformation of bad fortune to good fortune. The three flaming jewels symbolize the Buddha, the Dharma (Buddhist teachings), and the Sangha (Buddhist community): the three cornerstones of Tibetan philosophical tradition.

Surrounding the Lung ta are various versions of approximately 400 traditional mantras, each dedicated to a particular deity. These writings include mantras from three of the great Buddhist Bodhisattvas: Padmasambhava (Guru Rinpoche), Avalokiteśvara (Chenrezig, the bodhisattva of compassion, and the patron of the Tibetan people), and Manjusri.

Images or the names of four powerful animals, also known as the Four Dignities, adorn each corner of a flag: the dragon, the garuda, the tiger, and the snowlion. Pray tag OM MANI PADME HUM refers to OM for symbolize your impure body speech and mind.MANI meaning jewel, symbolizes the factors of method—the altruistic intention to become enlightened, compassion, and love. PADME meaning lotus, symbolize wisdom .HUM is the seed syllable of Akshobhya—the immovable, the unfluctuating, that which cannot be disturbed by anything.

In addition to mantras, prayers for a long life of good fortune are often included for the person who mounts the flags.

According to traditional belief, because the symbols and mantras on prayer flags are sacred, they should be treated with respect. They should not be placed on the ground or used on clothing. Old prayer flags should be burned. 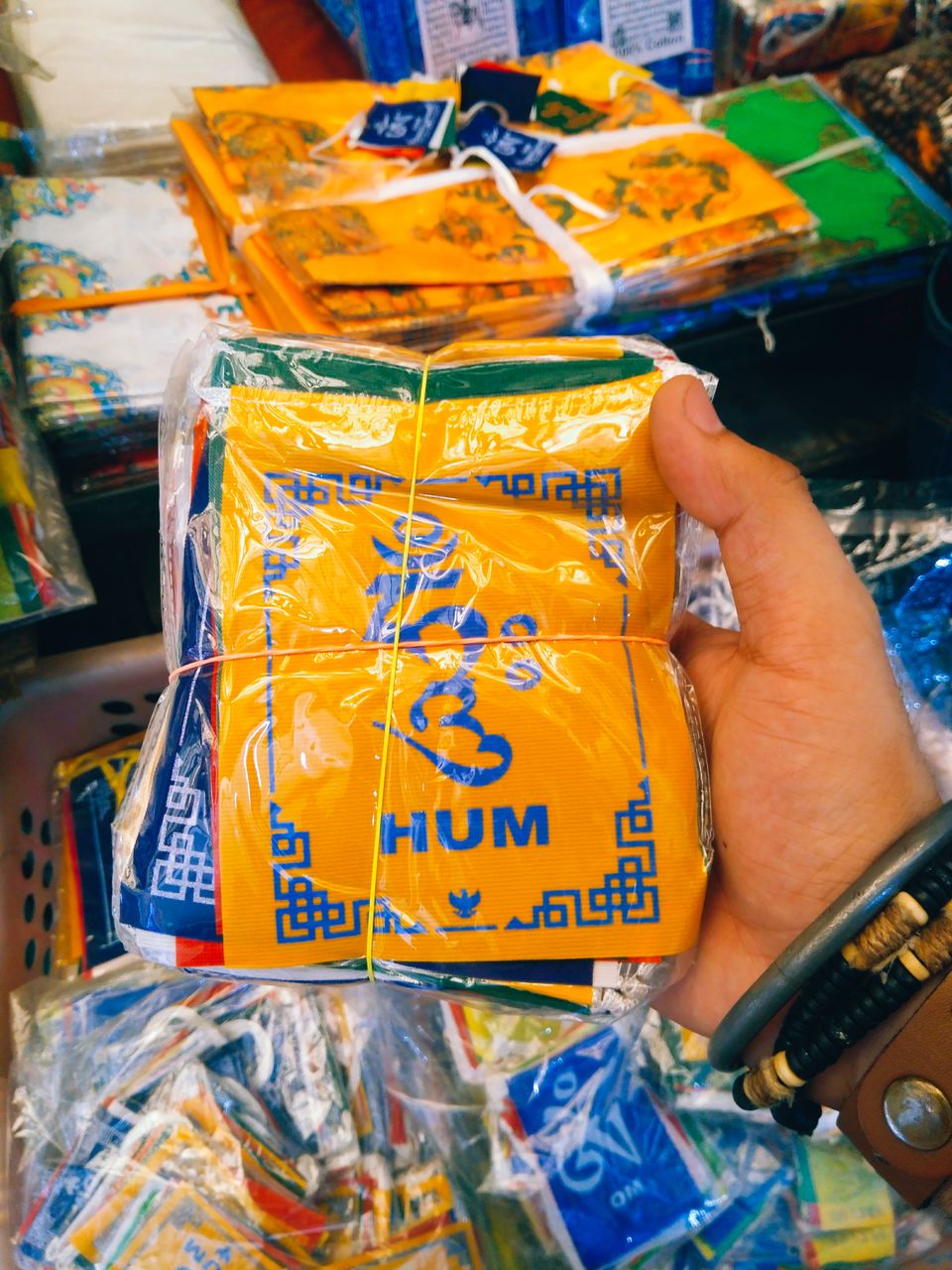 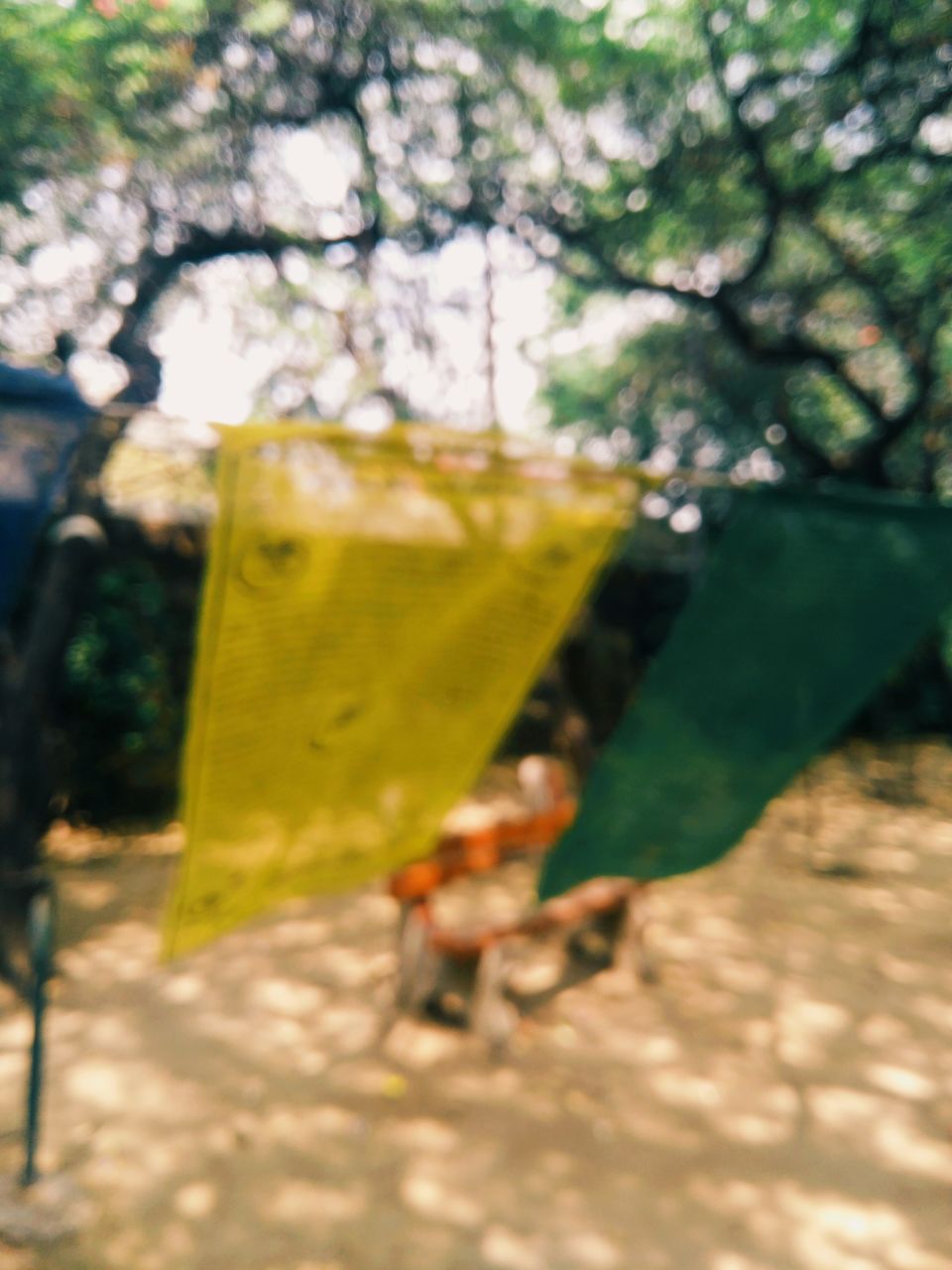 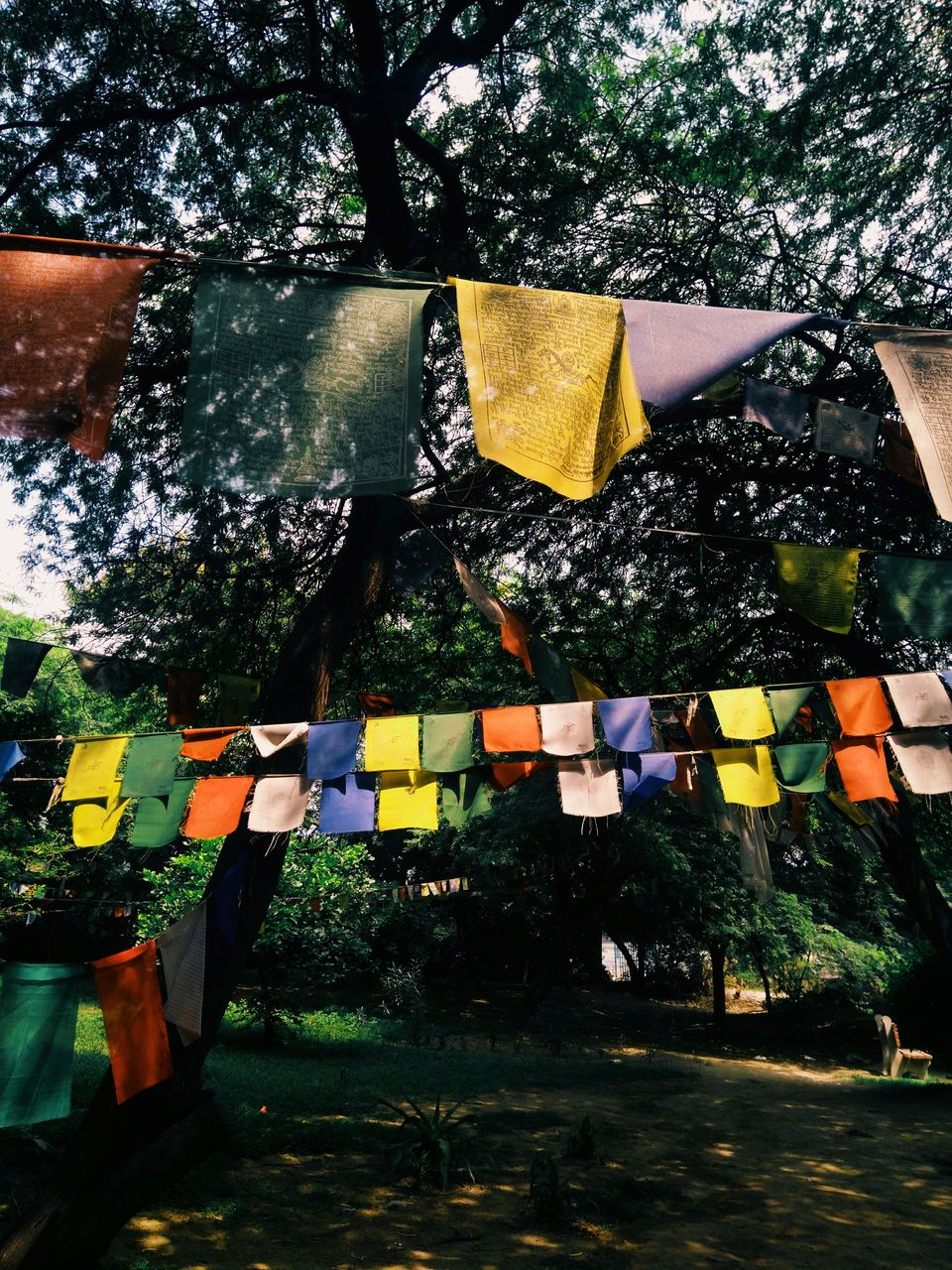 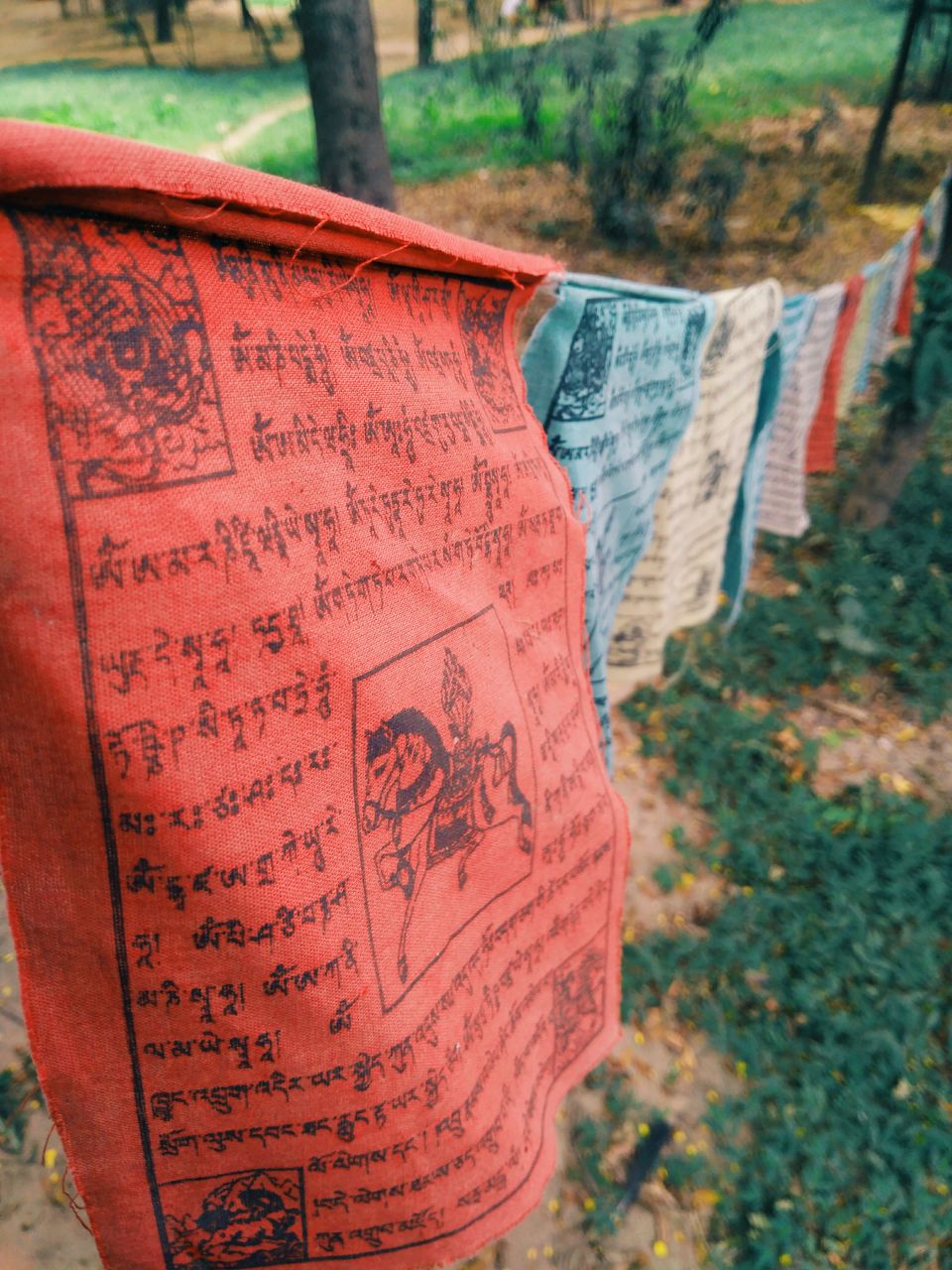 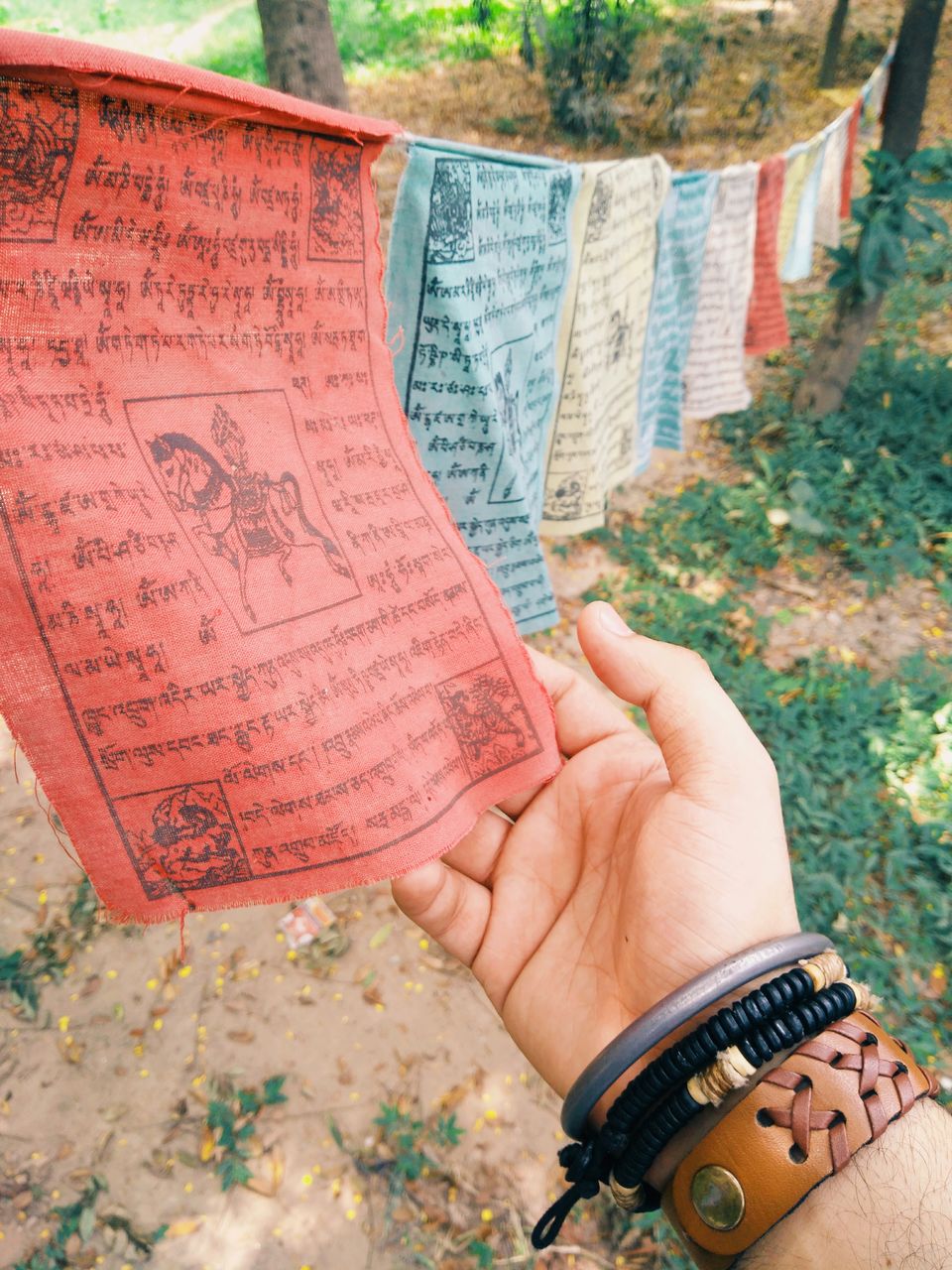 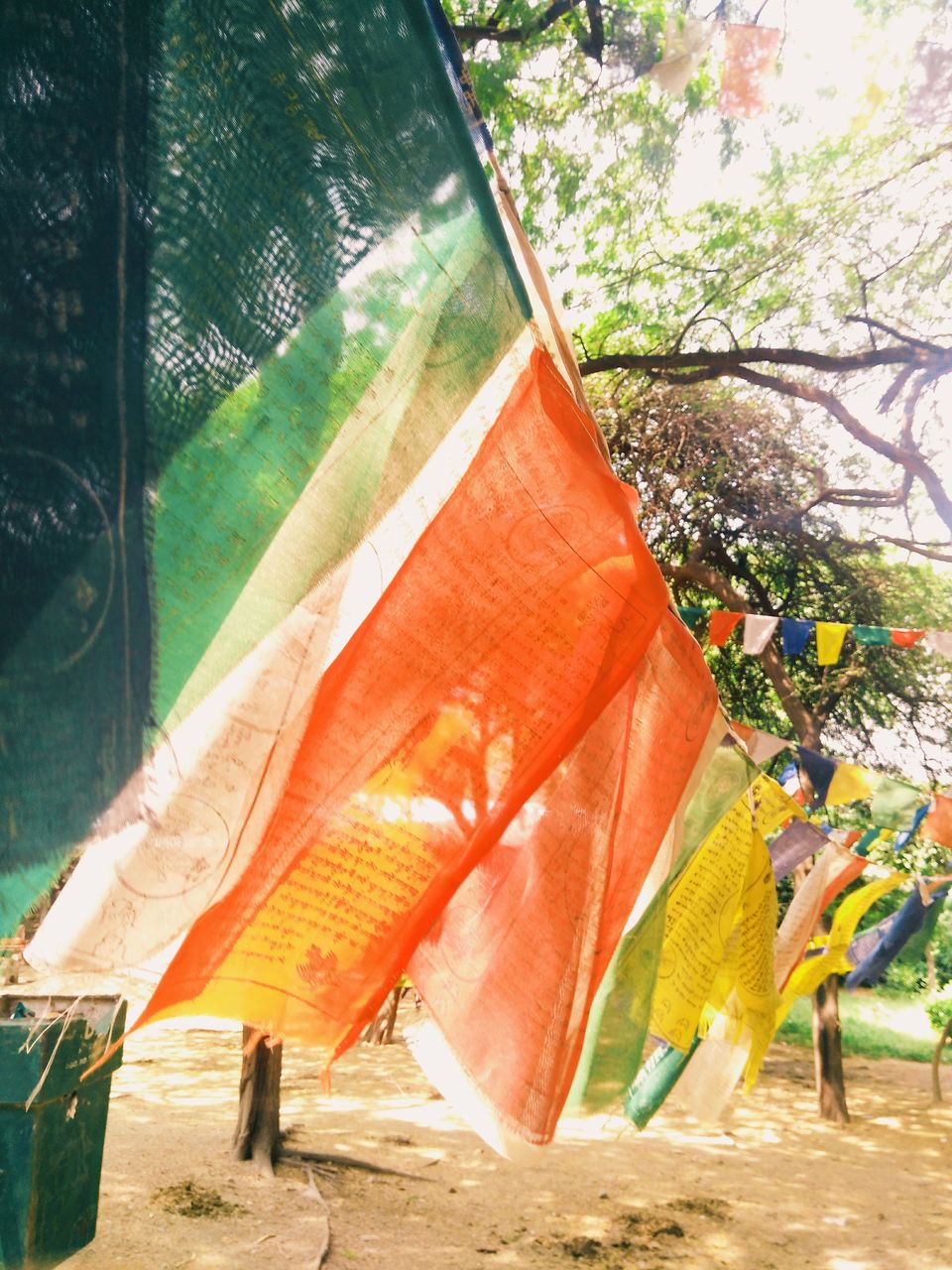 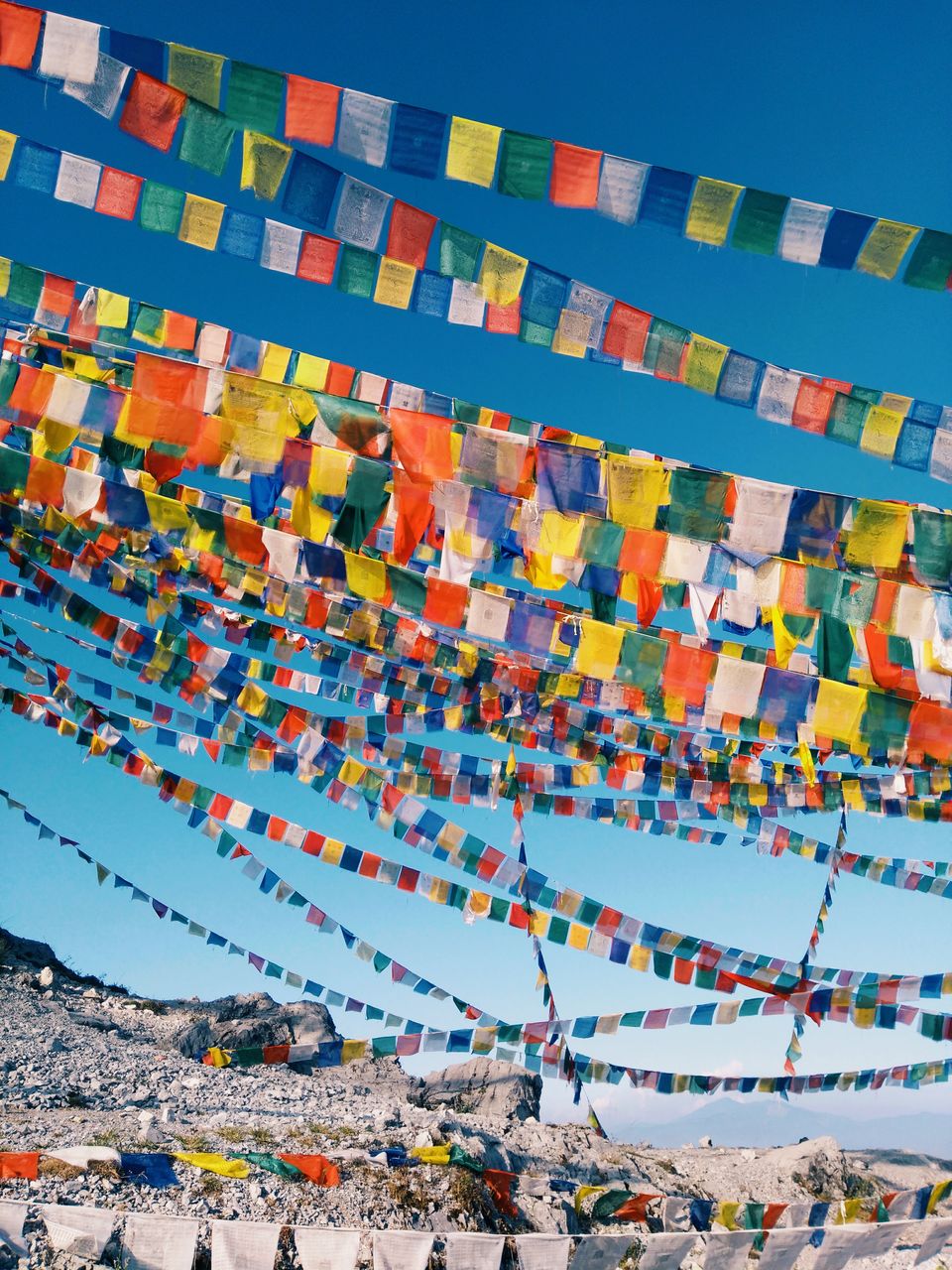 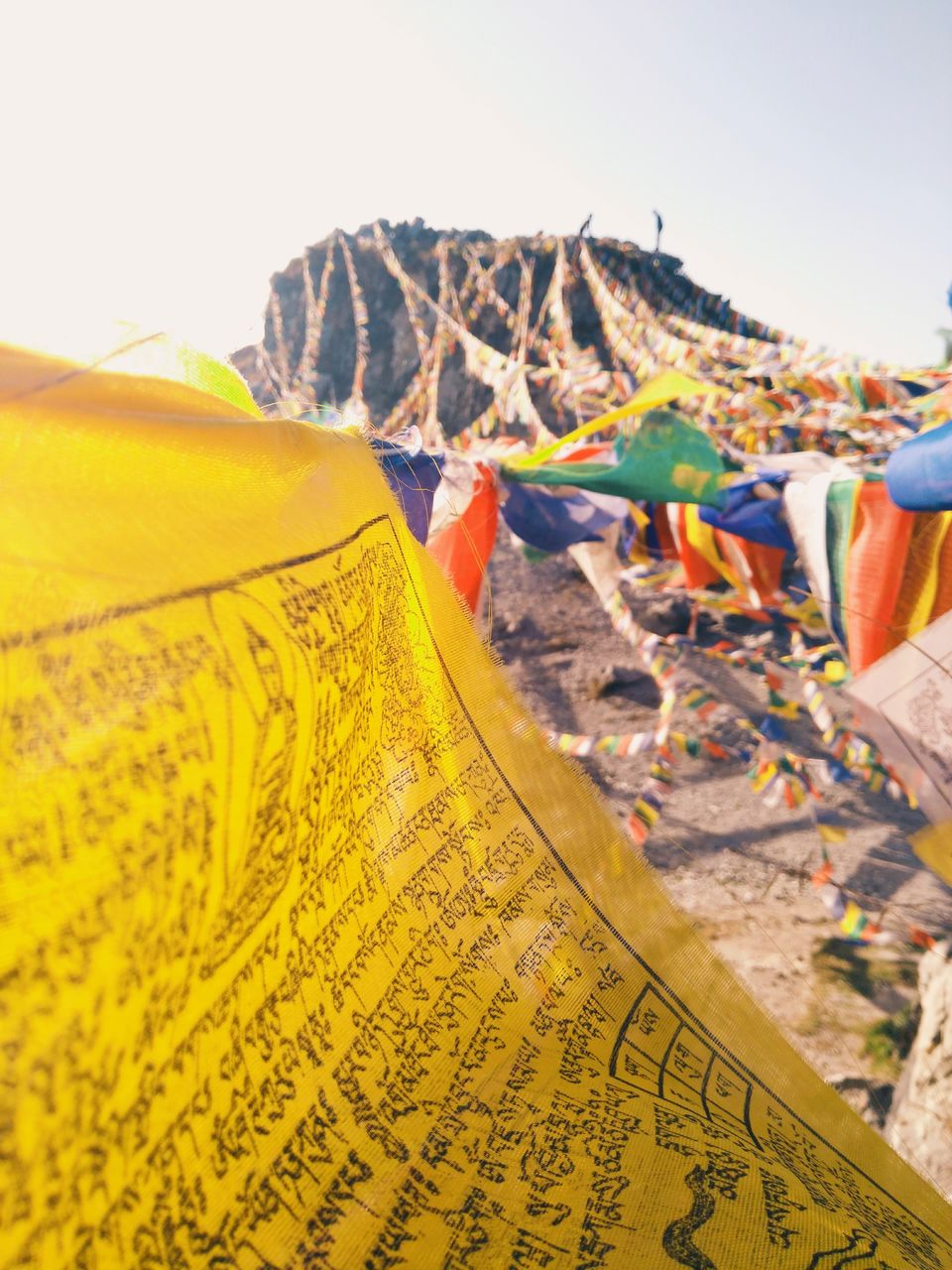