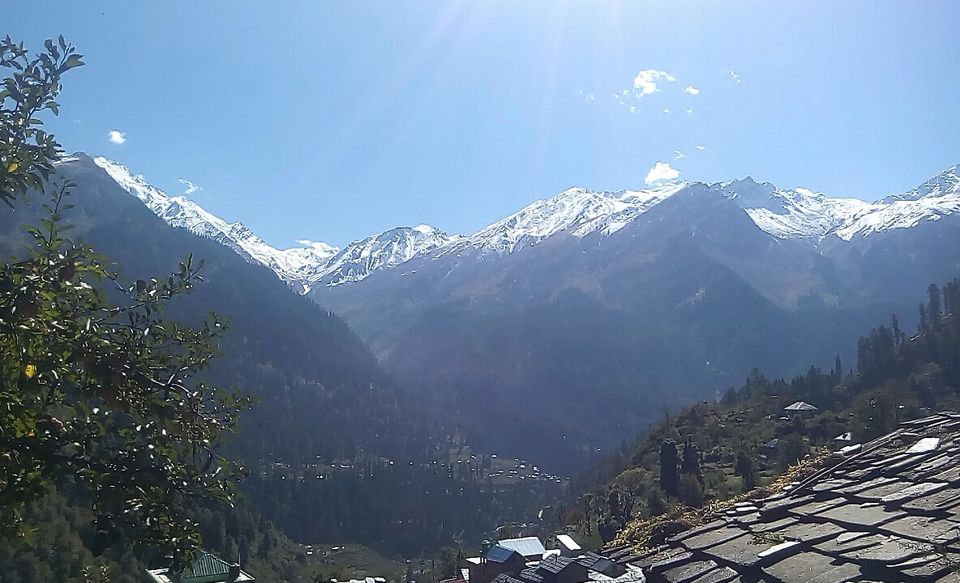 Boarding the bus to Bhuntar with my closest pals I was constantly trying to picture what Kasol will be like. The anticipation didn’t let me sleep almost all night. Looking out at all the tall Rose Gum trees lining the road, it felt like being released from the shackling bars of the city onwards to a better place. Finally, a thought that gave me some shut eye four in the morning.

Waking up to uncontrollable shivers is seldom ever pleasant. This was one of those rare occasions.

We were already on the winding roads of the great Himalayas, overlooking a dark abyss soon to be lit by the morning sun. Just a little further, I thought to myself. I was wrong.

On arriving at Bhuntar, the sun was shining bright, but it was merely a blanket of comforting warmth on our backs.

Unloading our luggage from the Volvo and on to the local bus headed to Kasol, we braced ourselves for what lay ahead.

“Beauty can be treacherous.” George R. R. Martin had said that, and it’s quite true too.

I’m sure the winding roads our creaky little bus was on must’ve looked beautiful from afar. But when you’re on them on the side of the cliff with enough space for a car let alone a bus and only your seat handles to hold on to when another bus approaches from the front, it truly is unnerving.

After 3 hours of ‘almost’ falling off a cliff and making a joke of ourselves in front of the locals who barely bat an eye to the ever-present danger to our left, we arrived at our destination.

On being dropped off right at the heart of the town the bus stole itself out of sight around a bend. But we realized something was different about the place. The air so unadulterated and fresh, water like liquid ice, mountains surrounding us like a fortress, only letting the brave and rugged in. Everything about the place was rejuvenating to the senses.

Even the view from where we were staying, the Riverview Hotel, was breathtaking.

Imagine waking up to the sound of a stream gently winding its way down with people setting up shop at its elevated banks and a Himalayan Bulbul chirping away perched on a bridge of wood and metal standing the stern test of time. Now that’s something I can get used to.

Heeding the advice of the locals we headed to Evergreen café. A picturesque café with a green wall entrance that looked like Bohemia enthusiasts decorated it. T’was a sight like no other. Psychedelic wall paintings and artwork in every corner but somehow all the misfits seemed to fit together perfectly. And the best part, the food was even better.

A savory meal and an apple crumble later (from one of four German Bakeries strategically placed in and around Kasol) we were on our way to Chalaal Village.

As any of you who has been to the said village, a certain questionable, metal-wire bridge needs to be crossed to get there. Well, to all reading, it was not pleasant crossing it, especially when your friends already have and are shaking the bridge from side to side because they know you’re a little scared. Keyword being ‘little’.

Coming back from my little digression. We were on our way, weaving through the Pine trees, with the wafting smell of freshly cooked eggs and paranthas in the air, from the camp nearby. The sound of the Parvati River crashing on to the rocks making them slicker than a crystal ball covered in soap water.

Halfway to the village we met with the unlikeliest yet most welcomed stranger. A friendly dog that looked like Tintin’s Wire Fox Terrier, but just a little bit taller and its snout a little shorter. And even though we just met Aspen (yeah, I named it that) it followed us all the way to Chalaal Village like the little faithful companion it was.

On reaching it was clear that the village was a village by name and more of a bunch of small cafes with all the owners trying to sell tea with a side of Kasol’s favorite delicacy (take a wild guess). After a little sample and ample of thoughts we headed back with Aspen accompanying us till the point where it first met us.

“Goodbye Aspen, it was a pleasure.”

The days were cold but the nights dreadful. It got to the point where even water refuses to flow and my fingers were no longer capable of bending the whole way. And yet, I was alive as ever, completely aware of every breath leaving me like hot steam, and the ones entering in return, a minty tablet (just without the minty after taste).

I sat up the morning after, fresh, despite the excursions of the day before. Looking out at the thin water body snake its way down I realized I was in love. In love with the mountains that looked down upon me caringly, like a parent would into the crib of their baby. In love with the icy waters that seemed to wash away the sins of the city and leave your hands shining in pristineness. The mountain winds that gently ruffled your hair, leaving a cold sensation that ran down your back; sensationalizing the beauty all around.

I guess every once in a while, it is about the destination rather than the journey.