High in the Himalayas: Parvati Valley

The first time I heard about the Parvati Valley, I heard about it as a place where you have to go; not because of the mountains, not because of the scenery but because of something else entirely.  The Parvati Valley had carved up quite a reputation for itself, as the "refuge of the hippies”,  as the “Amsterdam in India” (a comparison that has nothing to do with the geography), and come one summer a few friends and I finally decided to give the place a visit.

The trip started on quite a sour note. Turned out we had been duped by the private bus service we were using to get to Bhunter. We had narrowed down on a fellow near Red Fort who gave us unbelievably cheap tickets for three sleeper bunks in his bus for an overnight journey. It looked comfortable and cheap, but on the night of the journey, it turned out that this sly fellow had oversold his tickets and 3 of us would have to make do with one bunk and a seat. Ever since, I’ve made my peace with the Himachal Bus Service. They may be uncomfortable, a characteristic that has earned them the moniker “Lakkarways” given the wooden benches one has to sit on, but at least it is one seat a person!

We reached Bhuntar, battered, bruised and stiff. We had to take another bus to Kasol, so we had breakfast, bitched and complained a little, felt better after a hearty breakfast and moved on. The bus to Kasol was of the Himachal Bus Service kind and it felt like heaven after our previous ordeal. Elbow room goes a long way as far as comfort is concerned.

But what made the drive pleasurable was the scenery. It was a short drive, about an hour or so, but it scaled quite a bit of altitude. A thin winding road stuck close to the mountain face.  Green mountains, seemingly dotted symmetrically with ramrod straight pine trees, hulkingly greeted us around every twist and turn. Pregnant cliffs that fell sheer into the valley below made it feel like the bus was a bit too precariously balanced on a road that really didn’t seem to be made for it. It was very different from the highways with a never-ending stream of traffic that has begun to plague the other hill stations. This road feels like you are getting away.

Parvati Valley is a paradise for many reasons. Though Charas is easily available, more easily in the smaller places like Rasol and Tosh where many households’ livelihood is centered around its production, all you have to do is ask, sometimes not even that. Psychedelic, trance, rave parties abound. Cafes with Italian food. Nevertheless, there are other things, like the mountains and the treks, so beautiful that they leave your head spinning too. There are different kinds of highs here, you can choose which one, some would say both.  But, be careful, one of those highs is a crime, and people get picked up by the cops in buses or in and around Kasol all the time. Being incarcerated on your travel may seem glamorous, but only in stories, or perhaps in retrospect, not in the jail.

We reached Kasol and it was crowded. I really hadn’t expected that. The place was bustling with tourists, cafes, shops, hotels and motels. Kasol is the hunting ground for many tourists, Israelis to a large extent who come to blow off steam after their mandatory military service. And you can see them in the cafes, or on the treks, issuing forth copious amounts of smoke. Though in all fairness, you see many people doing that here. We walked around in a haze in Kasol. It sometimes didn’t really feel like India, given our state, and given the fact that there really aren’t many Indians here. 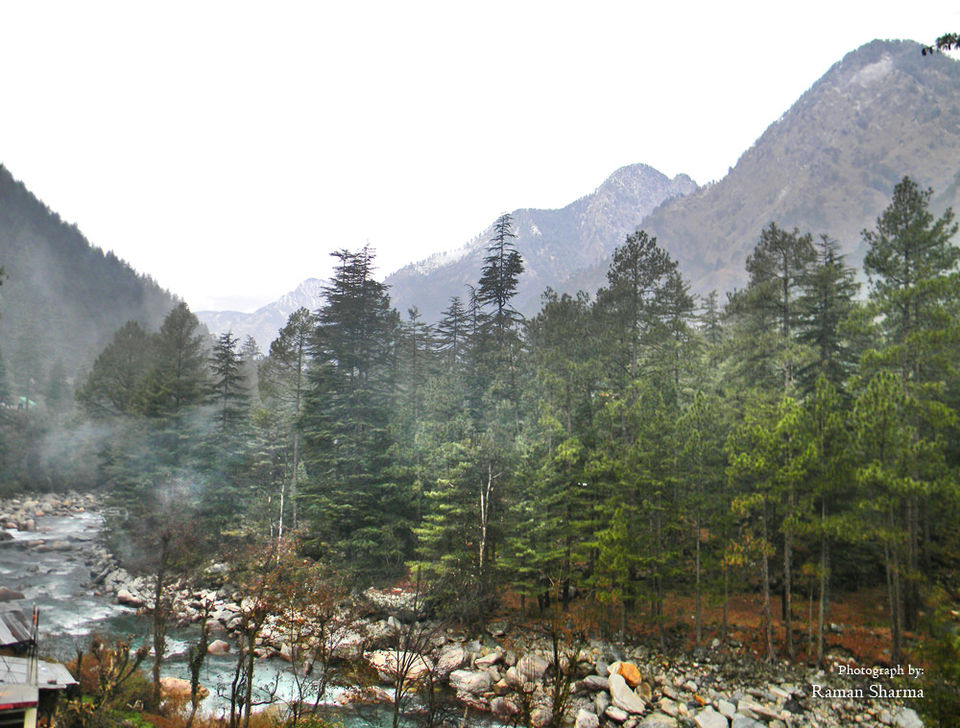 We hiked to a place called Chalal, half an hour's easy walk from Kasol. It lies across the Parvati river, and you get across it on a suspension bridge. It’s quieter here, though people did keep coming on and off. But, it being forested, we found a little clearing just short of the village, where we, astonishingly, managed to spend a day. This place apparently plays host to the many rave parties that you hear about in the day and hear in the night in Kasol. We didn’t go to any, the general idea was to stay away from crowds. 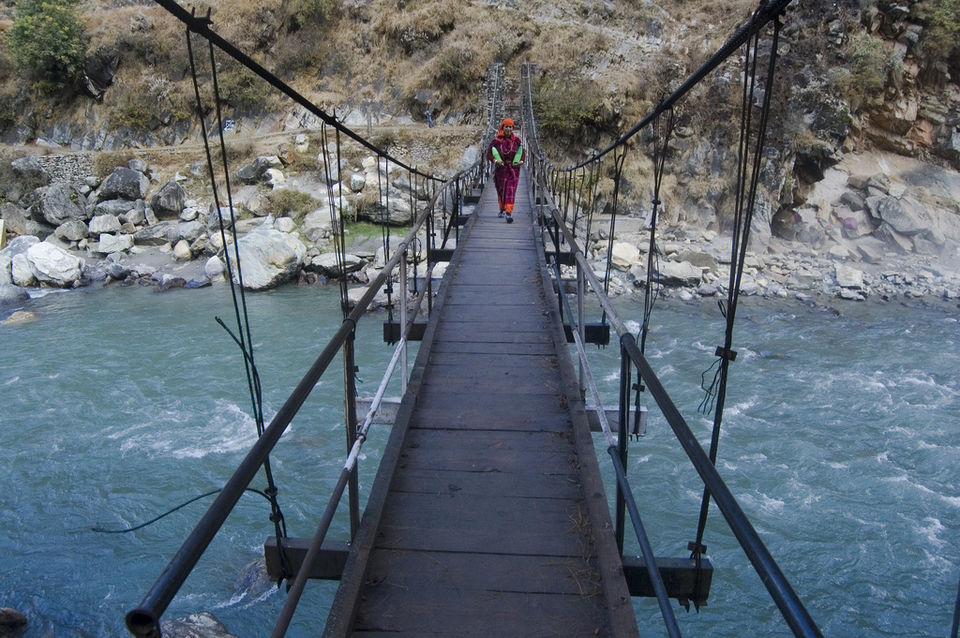 Manikaran or Manikaran Sahib is a sort of Gurudwara town. A township that has come up largely because of the visitors to the Gurudwara. But, it has these hot springs which have been built into tourist spots. We didn’t take a dip, but we got a free meal at the Gurudwara and heard about another hot spring called Khirganga, which we promptly added to our itinerary. 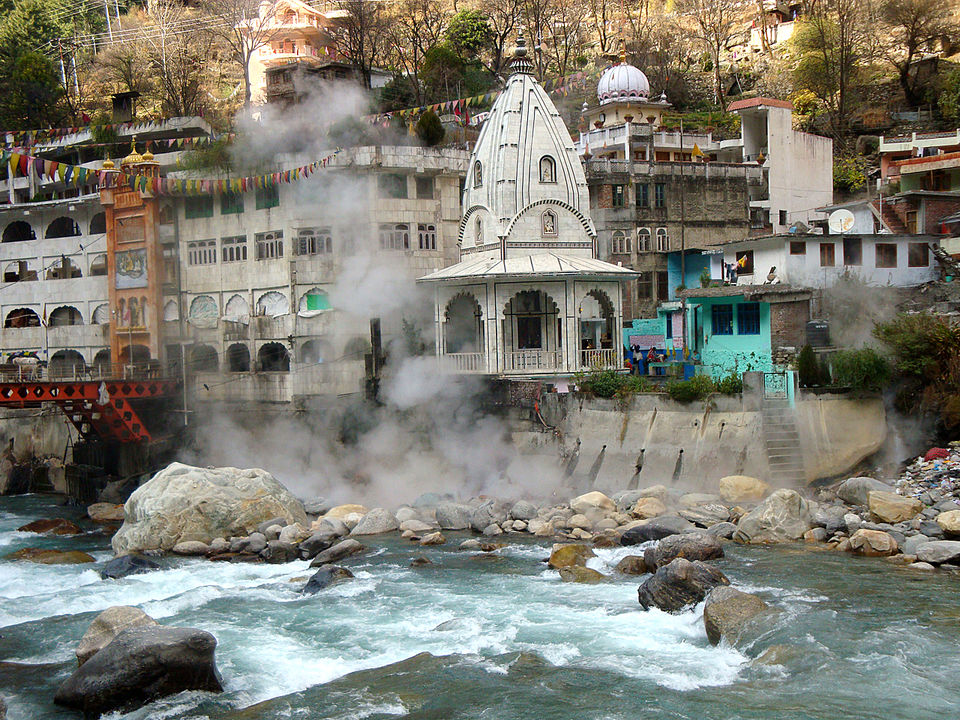 The best trek from Kasol was to Rasol. A small village that you can get to after a steep 4-5 hour climb that left us all winded. The trek left us tired and a bit surprised as we had no clue that it would take us this long. We ended up staying the night here, as neither of us had the strength or the desire to leave this heavenly place. On the way up we got an inkling of what awaited us when we saw a couple of folks sitting by a stream, apparently serenading the rocks or the water. We saw the sun set in Rasol, bathing the mountains and the village in a warm auburn, copper-brown. The village lodge was cheap and had we known we would have made this our main resting point, but alas all our things were in Kasol. 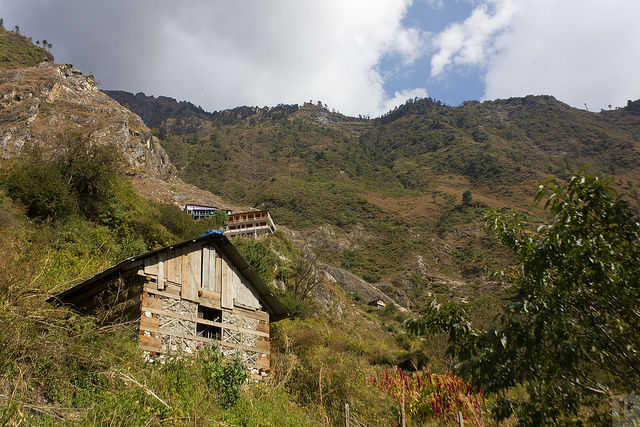 For Khirganga, we decided to up and leave Kasol knowing we would have to spend a night at the springs. After a slow 4-hour drive, we landed at Barsheni, the nearest village to Khirganga. The entire trek took us about 5-6 hours after a stop at a small village called Pulga. We had a meal here and added another place to the ‘wish we had stayed here’ list. The village seemed as if it had been pulled out of a top hat, it was so magical. We reached Khirganga just as evening was about to set, and taking a dip in the hot springs in the evening chill after a considerable trek relaxed every sinew in our body. It was tough getting out and going to our lodgings, a small cottage room. 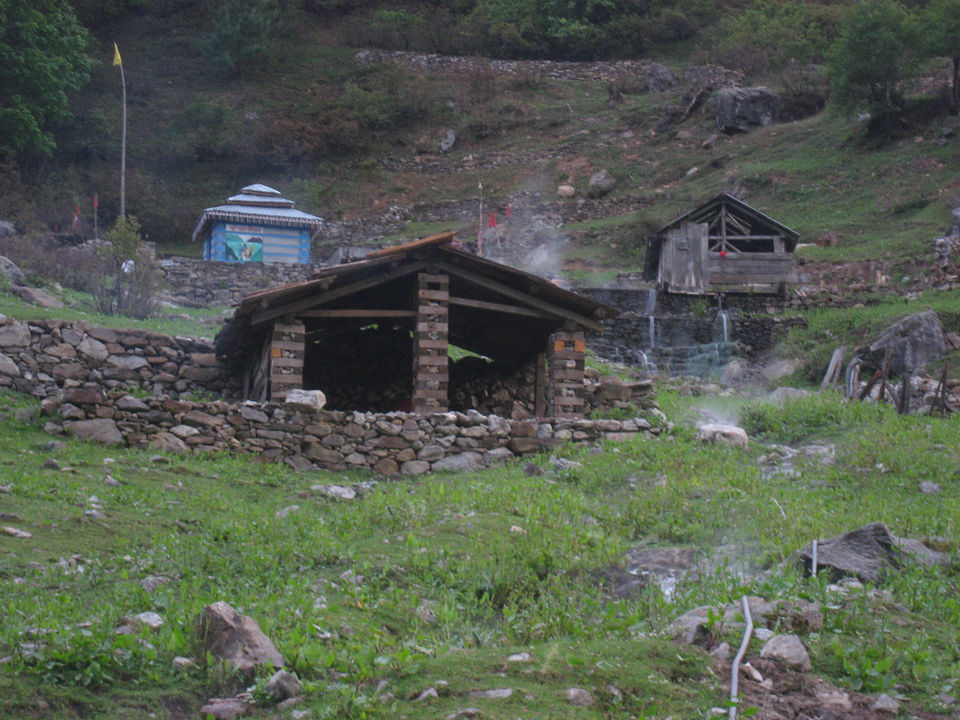 Tosh happened quite by accident. We woke up late at Khirganga, and we reached Pulga late afternoon and at that point, we needed a place to stay. We had decided to miss Tosh, because of the screw up in time because of Rasol, but since we had the opportunity we tightened our bags and reached Tosh in an hour or so. Tosh seems to be the new up and coming tourist spot, it's higher than Kasol I think, and guesthouses and cafes are coming up, some already there. We were glad we came up here because of the meal we got, and it was a beautiful place, next to a stream, but we could have stayed on in Pulga. 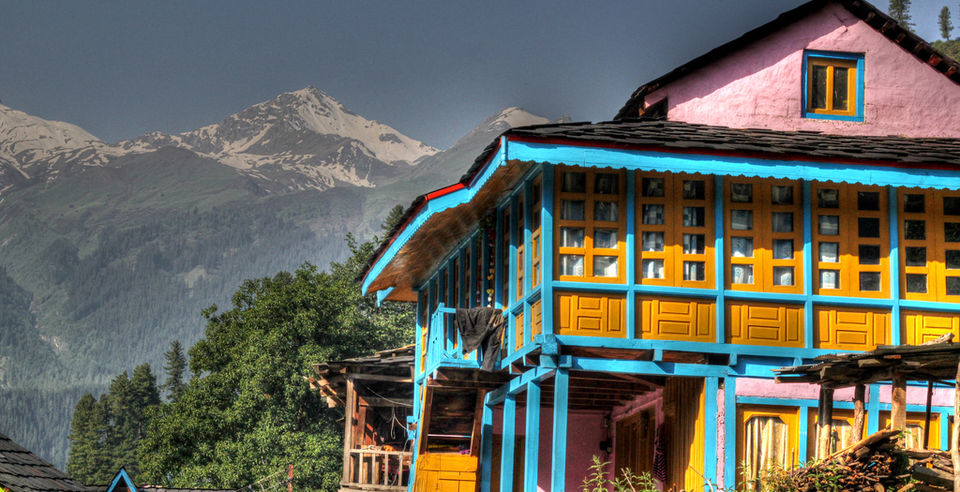