Honolulu Travel GuideHonolulu TripsThe First Thing You Must Do In Honolulu, Hawaii

The First Thing You Must Do In Honolulu, Hawaii

My legs hang over the edge of a pillbox, once used as a coastal defense lookout, wind is whipping hair over my eyes, but nothing can break my hypnotic gaze out over Waikiki. Perched 560 feet above sea level, I find myself in awe of the tourist mecca bustling with action below me.  The Diamond Head trail took us only 25 minutes to ascend and is the perfect way to begin your stay on Oahu, Hawaii. 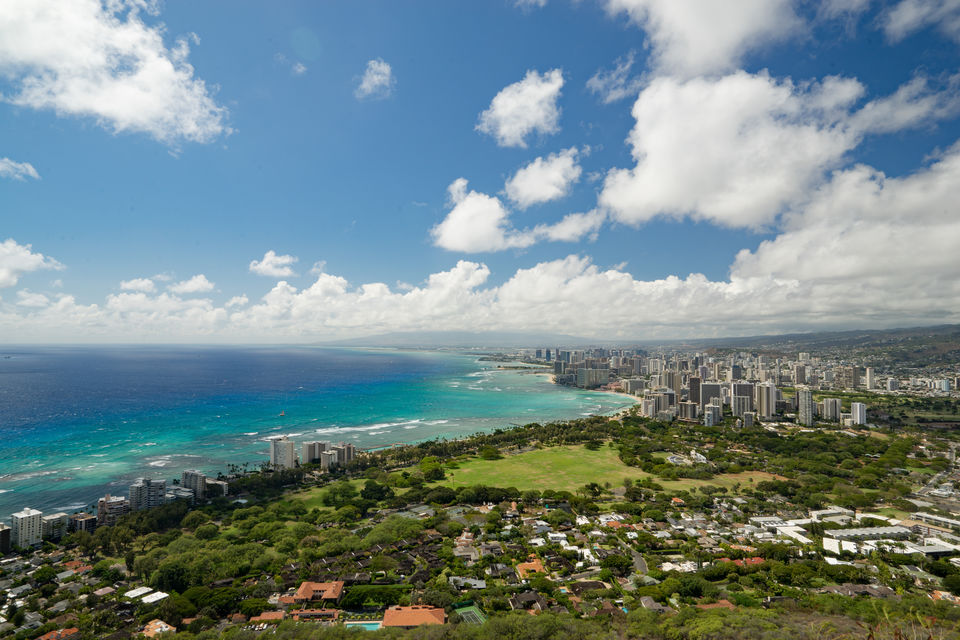 More than 200,00 years ago Koʻolau Volcano erupted, forming Diamond Head Crater on the southern shore of Oahu. The Crater was home to Fort Ruger in 1909, the first military base in the Territory of Hawaii. Today, the dormant volcano has the most popular hiking trail on Oahu, originally built in 1908 as part of the Oahu coastal defense system.

Diamond Head trail is the most popular hike on Oahu and the best thing to do in Honolulu if you have no transport but want to go hiking. It is located within walking distance from most Hotels in Waikiki, making it the first choice for most tourists. The historic hike is also simple enough for most ages and people with minimal hiking experience to enjoy. 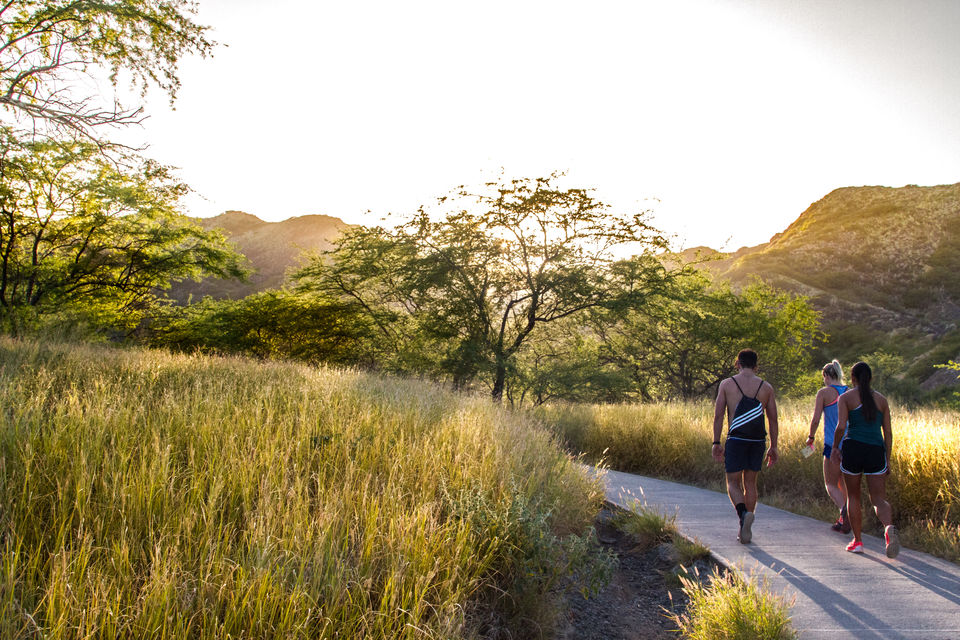 A one-dollar admission fee is all we had to pay once inside the crater at the beginning of the trail. To park a car inside the crater at the admission gate cost five-dollars no matter how many occupants in the car. Drinks, shave ice and other food is available at a food truck and toilets and drinking fountains can be found at the beginning of the trail but not along the hike nor at the summit.

The first section of the trail warmed up our legs with a relatively mild incline. Thick foliage lined the winding cement trail and we soon found our walking pace. I suggest sunscreen and water for this hike as most of the trail is exposed to the searing sun. It was amazing to look up at the former military pillboxes and imagine the feeling of watching out over the horizon waiting for intruding vessels and aircraft.

We left behind the cement path and began winding our way up the mountain on the exposed rock. Each time we turned a corner we could look back down at the path we had just walked up, which was good motivation for us.  Along the way we saw glimpses of the east coast and it would prove to be an appetizer for the spectacle waiting for us at the summit. 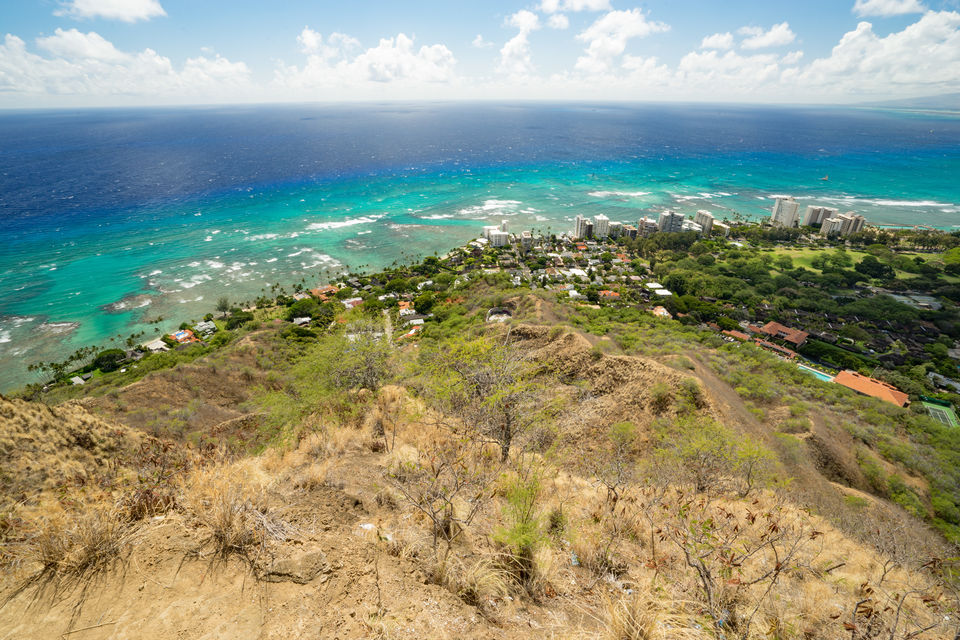 A short pit stop along the way to enjoy a viewing platform was a good chance to catch our breath and appreciate the history of the hike. A winch that used to transport materials up to the pillboxes from the bottom of the crater sat on the edge of the cliff face and once again I was imagining a different time-period and a different set of circumstances in which the platform and trail were once being used.

We continued on our journey up the trail and were soon greeted by an intimidating flight of stairs. We crept up the side to allow people down as we made our way up. At the top of the stairs was a musty old tunnel that had me feeling like we were in a war, staying out of enemy sight. At the end of tunnel to our dismay was another enormous flight of stairs.

We pushed through and reached what we thought was the summit. To our pleasant surprise it was another a winding staircase, similar to what you would find inside a lighthouse. Clambering up the stairs we caught a glimpse of sunlight and realized we had made it to the top. We crept out of the pillbox and caught our first glimpse of the ocean and the 360-degree views of paradise. 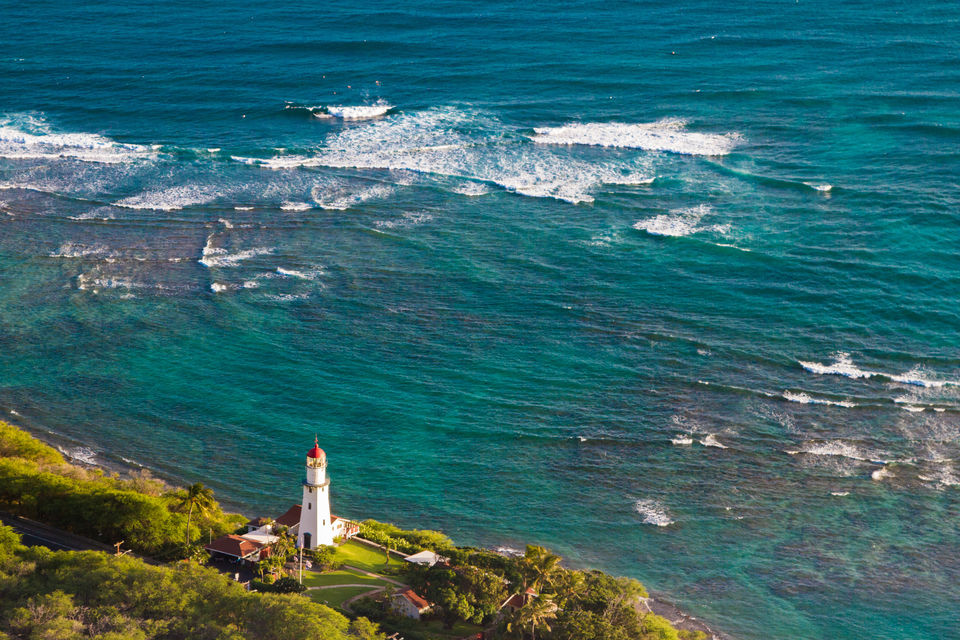 This is really a great way to start your vacation or stay on Oahu as it gives you a view of the entire city and helps you get your bearings and understand what your temporary home actually looks like. It is for this reason why I think it is the first thing you should do in Honolulu.

At the summit we found multiple pillbox lookouts, several had small fences saying do not climb. Many other people were out on these off-limits pillboxes so we climbed over the fence and edged our way out to our own private pillbox.

Sitting down with my friends, the city at my feet, my eyes unable to escape the lure of the ocean’s glimmer, I was left me with a feeling of absolute freedom. I felt on top of the world, overlooking a travel mecca or in my case a paradise that I am lucky enough to call home. 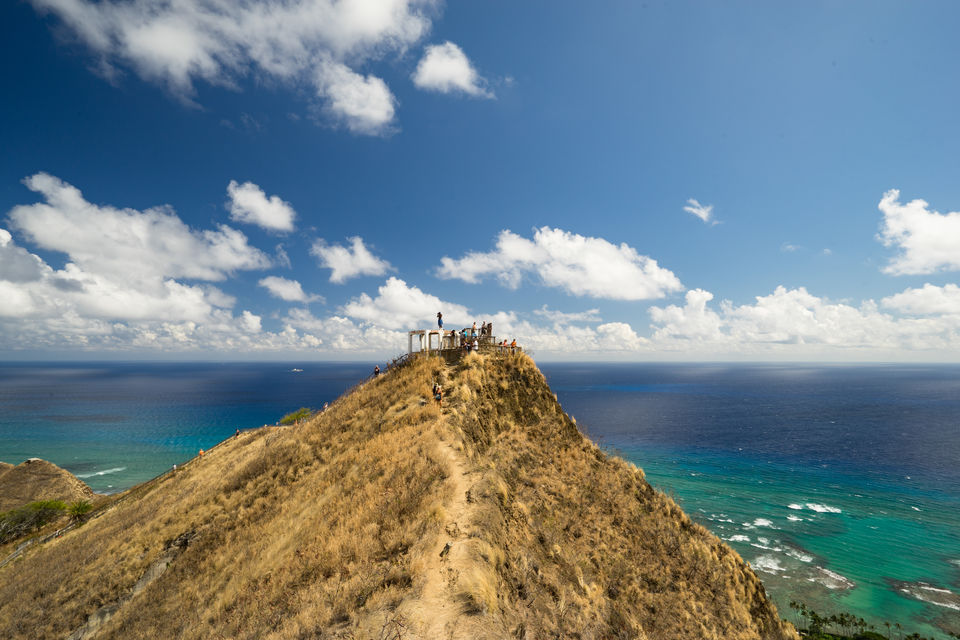 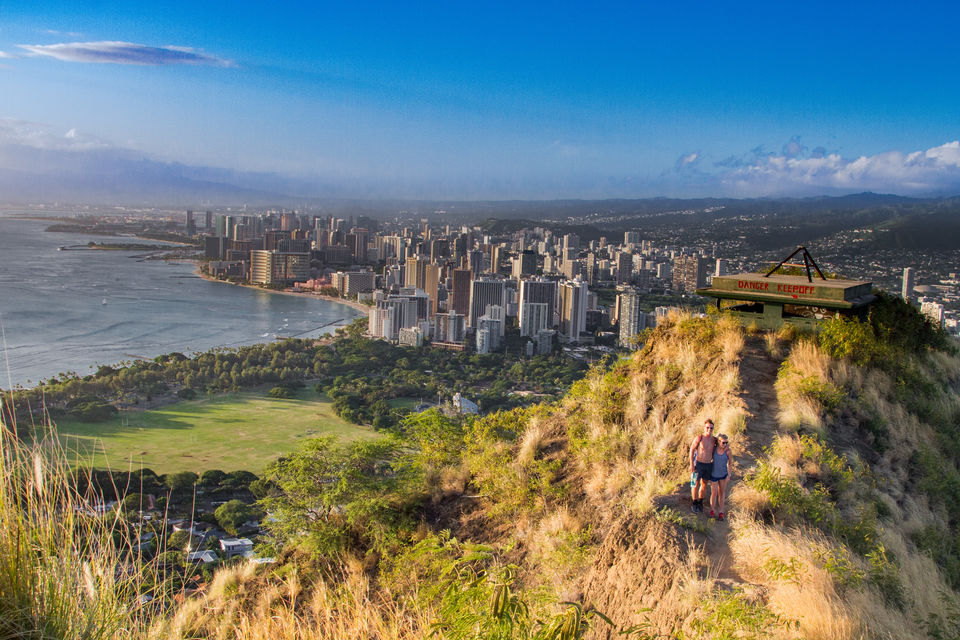