The slightly salty yet cool taste still stayed in my mouth, as I left the waters after a magical encounter with a dolphin. Still in awe at what I had just experienced, I breathed in the tangy summer air, mixed in with the sweet aroma of the hibuscus, symbolic of the Hawaiian atmosphere. I had just kissed a dolphin, and caressed it in my arms, a moment that I will never forget. This experience at Sea Life Park would be my last, before I moved away from Hawaii after living there for six years.

Honolulu is a medium sized metropolitan capital city of the island of Oahu. I was expecting clear blue skies, crystal, turquoise waters, and swaying palm trees. However, imagining it in your head is far less magnificent than actually living it. Shades of soothing colors, from aqua to cyan to jade green, patched up the crystal clear waters of the Pacific Ocean. Mountain peaks loomed over the waters. Approaching closer, tall buildings bordering the shore of Waikiki Beach gave a stark contrast to the natural setting.

Because the weather remains tropical in Hawaii most of the time, beaches are the best places to go. Waikiki Beach is a popular destination for many, with the cool winds blowing gently, as the waves caress the shores. For mood music, tourists can enjoy a live hula performance right there on the beachside. Local boutiques, surf shops, and restaurants line up along the Waikiki strip, as spectacular fireworks light up the skies every evening.

Although the Waikiki strip is the most popular spot for relaxation, there are many more “nature-esque” type of places. If trudging through the hills sounds like fun, tourists can take up the challenge of hiking up the Diamond Head trail, or the far more difficult Koko Crater Trail Hike. Not only do you get a workout, but you also get some spectacular views for pleasure. Lookout points, such as Tantalus and Nuuanu Pali State Park, are pleasing to the eyes. For wet adventures, Hanuama Bay is the perfect location to snorkel in the clear, blue waters, immersed in the beautiful world of marine life.

The USS Arizona Memorial, or Pearl Harbor is one of the historic sites of Honolulu. Known to be the landmark of the Pearl Harbor attacks by the Japanese, which took place on December 7, 1941, this memorial straddles the sunken hull of the battleship. A shrine at the back of the memorial bears the names of all the soldiers who were killed during the attack.

The Iolani Palace, another historic site, is the capital district of Honolulu, which housed the reigning monarch, including King Kalakaua and Queen Lili’uokalani. One can also visit the King Kamehameha statue.

What’s a trip to Honolulu, without tasting some of the delicious dishes?! The oriental flavor is rich and alive through the islands, from Japanese sushi, Vietnamese pho, or Chinese dim sum. Local eateries hold some of the best Hawaiian dishes from the crispy chicken katsu to kalua pork, which is pork cooked in an underground oven, commonly served in luau feasts. Of course one can’t forget the ubiquitous spam musubis, made out of pork bits. Saimin, the Japanese inspired noodle soup, is yet another light snack to indulge in. For those with a sweet tooth, biting into the fluffy, sugar-coated malasadas, or Portuguese egg-sized balls of yeast, keep you wanting for more. Another popular cool snack along the beach side is shave ice, an icy dessert made out of shaved ice. Available in multiple flavors, and toppings, such as mochi balls, it is perfect relief on a hot summer day.

What really captured my heart in Hawaii though are the people. Meeting the people of Hawaii is what makes the trip the best. They become your ohana, or family, an underlying part of the Hawaiian culture. There is a warm spirit of aloha, which envelops you as soon as you land in Hawaii. The flower necklace, or lei, is a symbol to show the love and warmth, which exists in every corner of Hawaii.

The positivity and beauty of the islands absorbs into you. I lived there for six years, and hold some of the most precious memories from my experience. It is perfect in almost every angle. So, if you just want to leave the claustrophobic, fast-paced city life, make sure to book your next flight tickets to any Hawaiian island. The delicious food, the serene beauty, and the spirit of aloha of the islands await you.

Kissing a dolphin seems like a far fetched dream, but not if you hang out at the Sea Life Park! Aside from dolphins, there are a ton of amazing marine creatures to check out. We spent an entire day here, but the highlight was most definitely the dolphin show! We got to go into the waters and interact with a dolphin, swimming aside with them, and finally planting a kiss on them. You can choose to ride on them for a slightly more expensive package too. There are penguins, turtles, and so much more... This was one of the last places we visited before leaving Hawaii :( 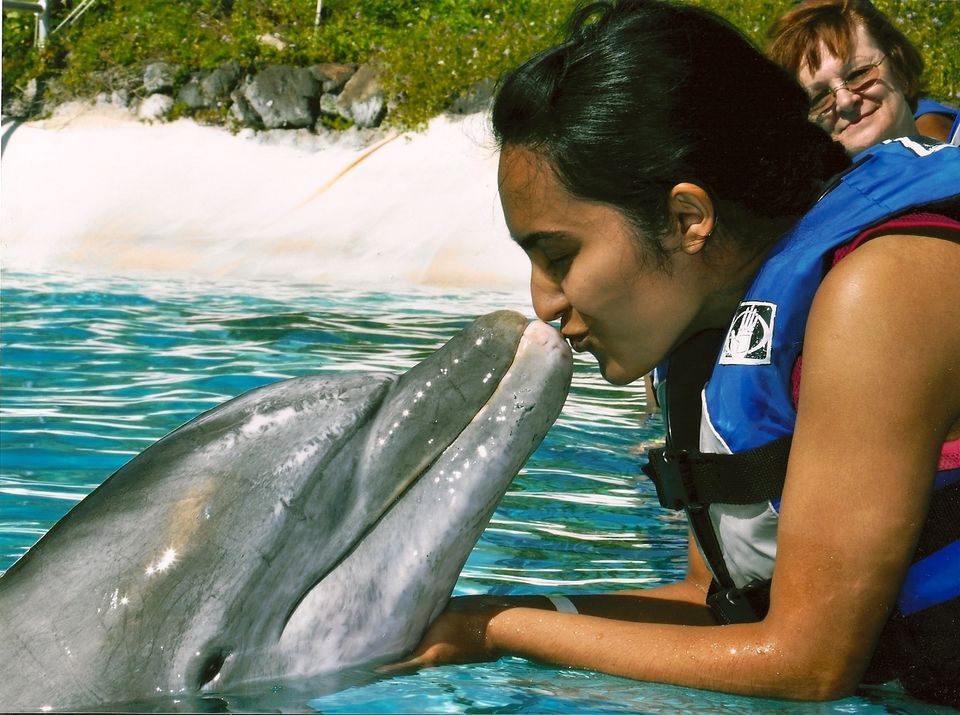 Ahhhh...this is the PLACE for a refreshing, cool snowcone on one of those hot summer days, or really any day in Hawaii...Waiola serves some of the BEST shaved ice. It's been around for ages, as far as I know! The ice is crushed so finely that it just melts in your melts, not to mention the smooth and creamy condensed milk that's one of my favorite toppings. You can also put mochi balls, which are so sweet and give a great pop of flavor. Waiola is just around the corner at almost any neighborhood in the town of Honolulu. 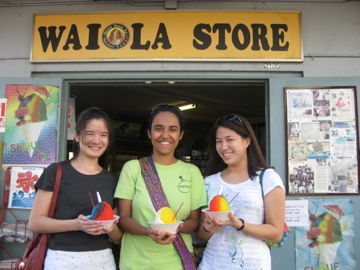 I've only been to the Diamond Head trail a few times. It's an extremely pleasant climb for daily hikers, but a slight challenge for those new at it. The steep staircase was the toughest part of the climb for me, and ducking through those low boulders was a bit claustrophobic. But he view at the very end is well worth the climb! 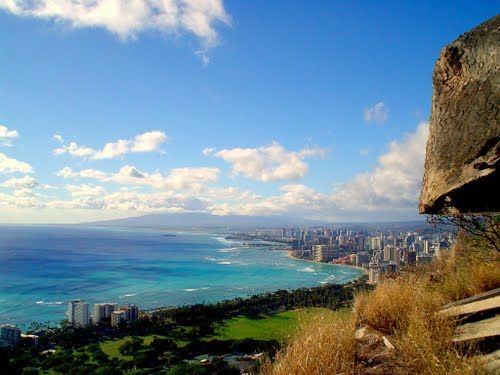 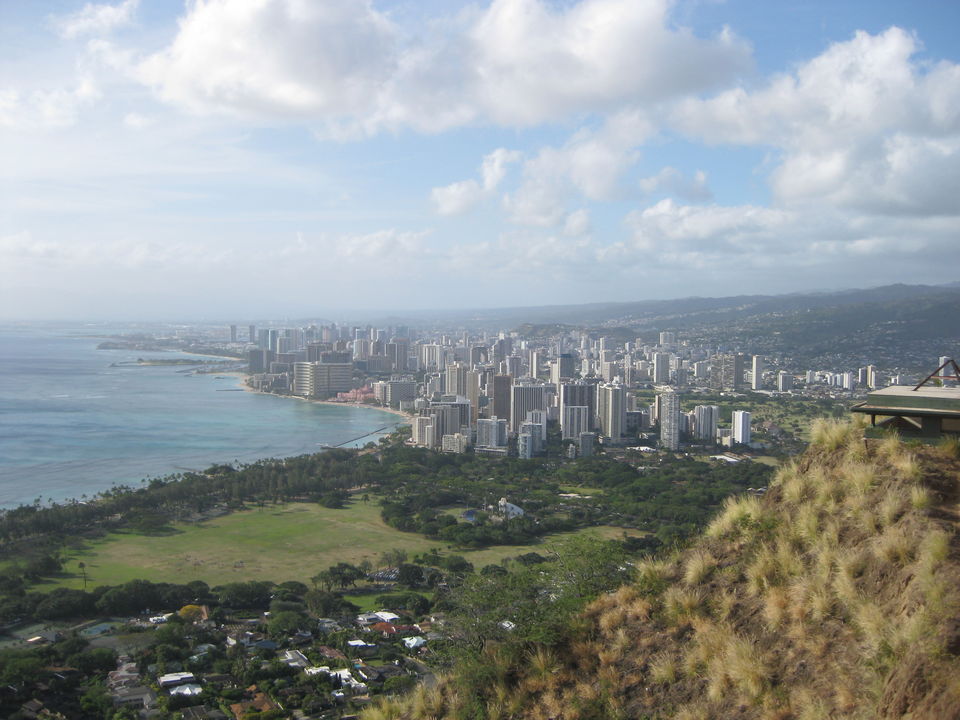 The Waikiki Beach is the most prominent tourist attraction of Hawaii. Crowded with tourists and locals, this beach still is quite well maintained. With local hula performances, concerts, and the Waikiki strip, you can't get bored! We usually would come here on the weekends towards the evening, because the sunset is a spectacular sight to catch. Boogie boarding or surfing are also some of the fun activities you can take on at Waikiki. But mostly, roaming with your family and friends gives you the time of your life here. 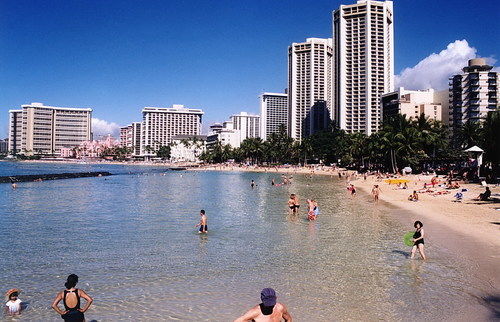 To commemorate the veterans from the Pearl Harbor attack, this memorial reminds us of all of the brave and strong soldiers who fought for their country. A ferry takes you out to the memorial which straddles the sunken hull of the ship, which still spews out oil bubbles leaving glistening puddles on the surface of the ocean. A chilling feeling travels through my spine every time I visit the memorial. The war wall is engraved with a multitude of names of soldiers and their legacies they leave behind. An eerie hush envelops this mystifying and emotional environment... 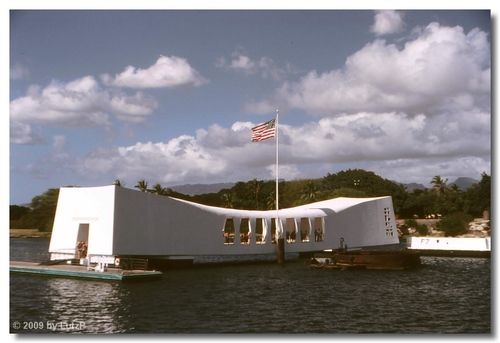