At times it’s good to have no plans 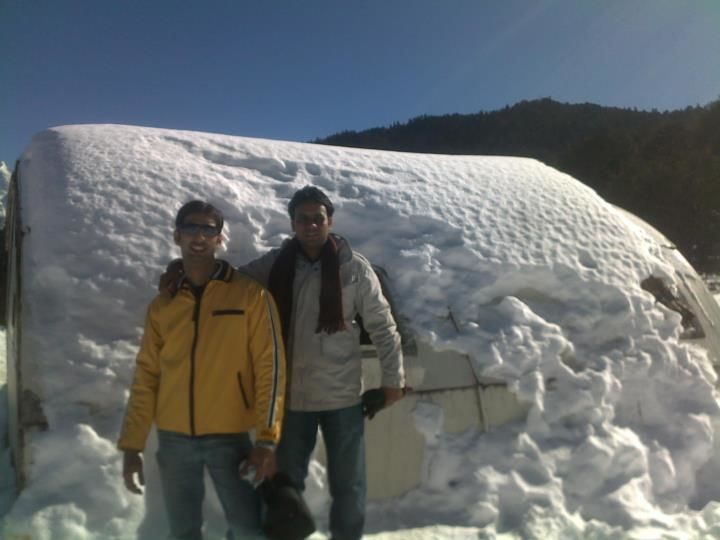 Auli the heaven on earth 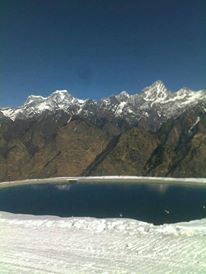 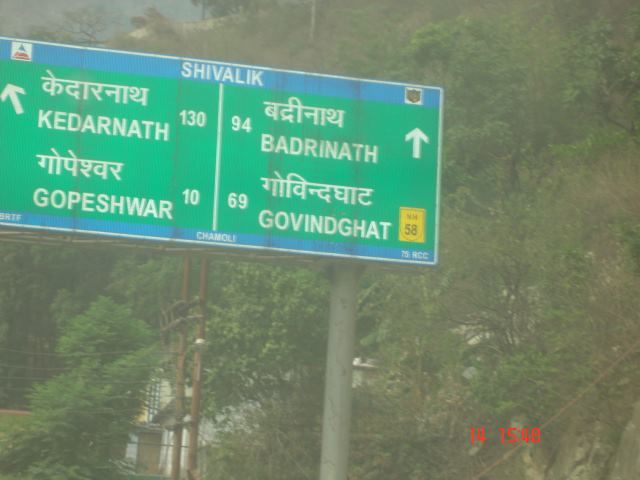 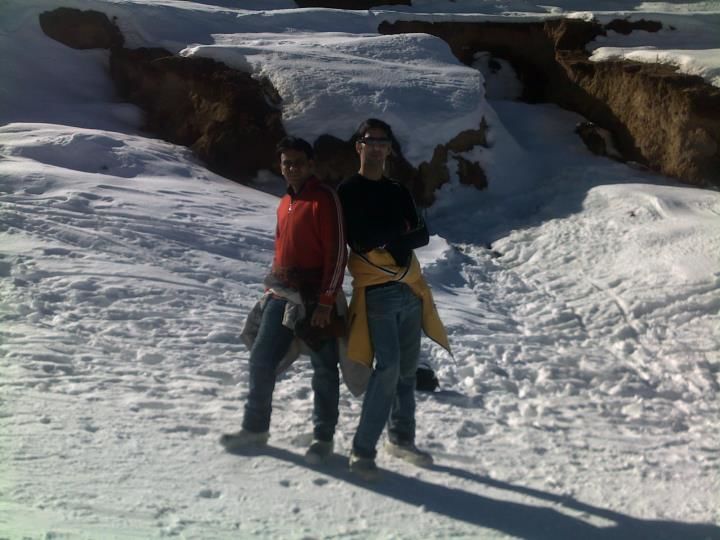 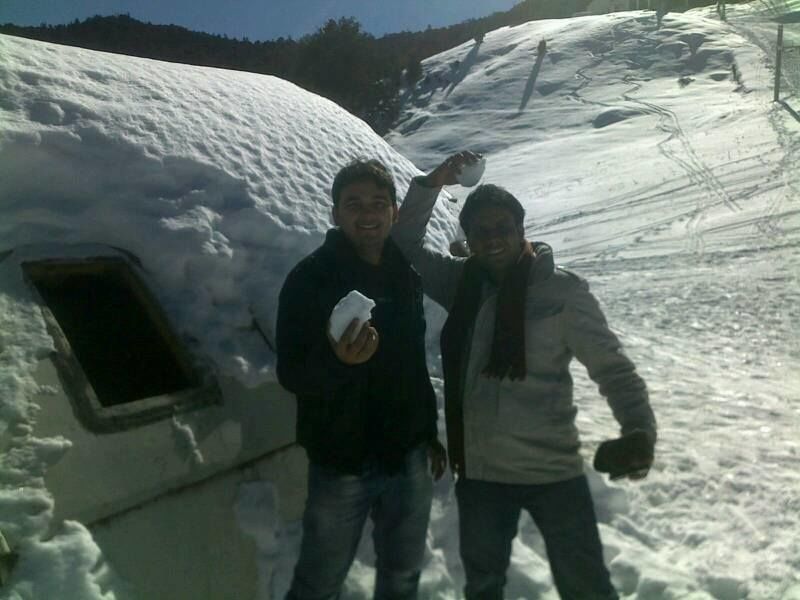 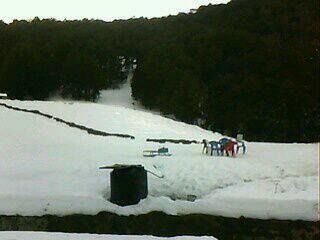 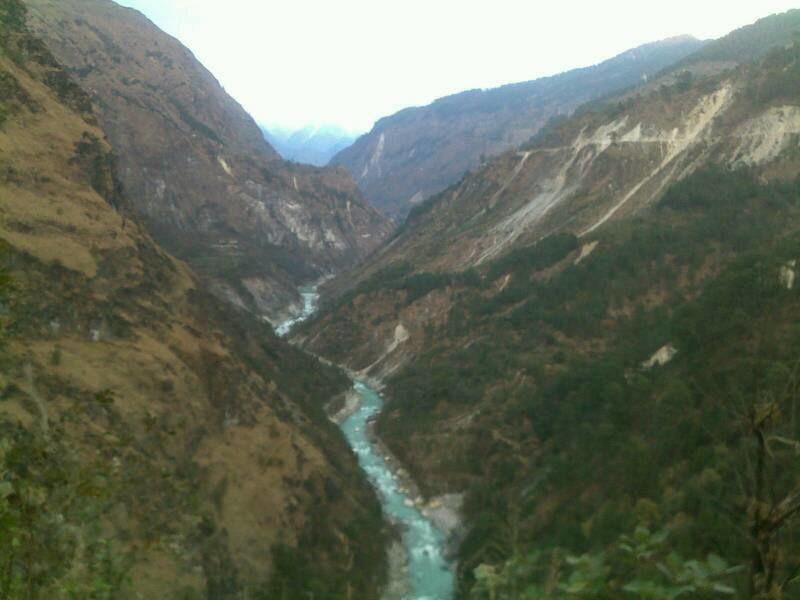 Answer was nothing.... that same boring life, stuck in routine things, I said; same is a case with me dude, feeling exhausted desperately. Need a break!!! out of nowhere, he suddenly said," Chal Chalte hai kahi Yaar".. Ohh that’s a good idea let’s take Abhishek (common friend) along with us, so I called him then and their.

Me: Hay abhishek how is life? As expected the same reply...

Me: I and kapil are planning a holiday trip.

Abhishek: Are you kidding me?

So we ran home and packed our bags, as we had to leave in few hours..and the time was 4am to leave the city. I woke up early around 3am and was ready by 4am.. same was a case with Abhishek & kapil as well. I went down with my bags and to my surprise!! what the hell?? It was too foggy with zero visibility.

But then, I said to myself... let’s leave the home first and pick them. I took my car and begun to drive ,was not able to see anything outside the windshield of my car. But still as it was my city and I was quiet aware of roads. I drove slowly with the help of white indicator marks in the centre of the road ,I reached at kapil’s place where both of them were waiting for me.so now we all were all set to go but hold on.....

Kapil: Where are we going?

So I started driving towards Nanital.. as soon as we crossed the city the white indicator marks which were helping me to drive vanished,and with zero visibilitiy, I was driving at the speed of 15-20 kmph and all three of us were very quiet as I was trying to concentrate on my driving. Suddenly I saw some thing blocking our way outside the windshield and I applied full breaks. What the f… it was a boundary wall of some factory or so... and we were about to bang our car on it.... as it was a turn and I drove on a straight line. What ever laziness we had in our eyes was gone and we came out of the car.

Kapil: Bro, it’s impossible to drive in such condition.

Abhishek: Shall we go back.

Me: No way....we will not return.. let’s wait for sometime and let some other vechicle lead us.

After waiting for 5-10 mins, a truck came and we started following it with the help of its tail light and soon we were out of dense fog.

Around 8am we had a call from our family mentioning about the fog and asking where we are?? we smiled; and told them we are far off.. Now approx 150kms away , we have a clear weather condition.

Just before Nanital we took a Teabreak... and I asked both of my friends..

Me: You guys have never been to Nanital or what??

Kapil: Yes..I have been there..

Abhishek:This is going to my third time...

Me: Let’s go to ranikhet.. I have not been there.

So ,now the car was on a route to ranikhet, after reaching ranikhet we decided to take a room and rest as it was quiet dark and all of us were tired. Because of off season we got the room at very low cost, and again to our surprise we were the only guest in whole property..as we all were boys so we ignored that and checked inn. The room was quiet good and worth, lot more then what we paid.After relaxing for some time we decided to have dinner but again hotel was not providing dinner as it was quiet late and the kitchen was closed. So I requested Abhishek & kapil to get something from the market as I was not in a position to move out,because of pain in my legs. As they went out I locked the door and went to bed, I was thinking it’s the end of day 1, but still we don’t have clear plans for our trip.

After 30mins or so, both of them came back with food and bit of research. I was being told that there is nothing much except sunrise at this place. Abhishek and kapil were advise by locals to take a route to "Pindari glacier", as we can get fresh snow there.. So now we decided to have our food and sleep. Just after finishing our food, to our surprise, the electricity supply of the whole hotel was gone and no one was even picking intercom, as the whole hotel was empty and we were on the first floor and it was very dark. So we decided not to move out of the room and sleep.

I woke up with the first ray of sun on my face, as I opened my eyes what I saw made me speechless....... I can see the range of mountains covered with snow, and the rays of sun on the white snow was giving golden red color to the whole atmosphere which was mesmerizing.... I ran out of the room with a camera to the balcony and asked Abhishek and kapil to get up and see one of the most beautiful sight. It’s impossible for me to pen down what I saw... It was just out of the world!!! and three peeks of mountains were together and were forming the shape of "Trishul" and with the golden light on the tip of it feels as if the mother nature was showering her love on those mountains, as a result of it I felt ;"I was in heaven". Trust me!! it was lot more beautiful then what I wrote. I was thankful to god for the eyes (the best camera in the world) that he gave me. All three of us sat in the balcony and enjoyed every bit of it ,with the hot tea in hand. After such a beautiful morning, we decided to get ready. By the time two of them were getting ready I went to the reception to enquire about the last night ..so I asked a person on the counter about the same as only one room was booked they didn't started generator. How unprofessional that was? It made me very angry but I didn't reacted because I don't want to spoil my mood therefore I went back to room and get ready.

We started moving towards"Pindari galcier"..After driving for few hours, we took tea break on the way and discussed with locals about the fresh snowfall, they told us as it is peak winters, its impossible to reach "Pindari" ,instead; they guided us to the place known as "Auli" near Joshimath to encounter a fresh snow. We decided to trust them and moved towards Joshimath ,the route to Joshimath was very scenic..as we were driving further, the peeks with white snow were coming closer and closer. This was making my drive worthwhile; we finally reached Joshimath, around 8pm..and straightaway we took a room in a good hotel which was again very reasonable, without wasting anytime we had dinner and went to bed..

Next morning we got up early, had our breakfast in the market with a lovely weather and perfect scenery; then decided to move towards "Auli" which was our final destination ..we asked localites,whether its possible to take our car to Auli, which was around 16 kms from Joshimath but we didn't got proper information. Some told us that we can.. and other said, we can't.... So now it was on us to take a call. And we decided to take our car....... As it was hardly few kms away, So I started driving towards Auli and was almost 11kms away from the market and our hotel, but still there were no signs of snow. I felt instead of coming closer to snow peeks we were going away from it. So I stopped and asked localites about it. As soon as I asked the way to Auli they started laughing and told us first of all it’s not the route to Auli, and secondly, its impossible to reach Auli by road in this season.

we were advised to go back to the market and take a cable car to Auli. So we decided to go back we parked our car at the hotel and started walking towards cable car. After walking around one km. we reached to the starting point of the cable car and collect the tickets. After waiting for five mins. We were on way to Auli.By passing through the mountains we can easily see the road to Auli, which was full of thick snow and it was impossible to drive on it. The thickness and the quantity of snow was increasing with every passing minute and peaks. After 10 mins of a Dream Ride, It was Auli!!! right in front of us. The first reaction after reaching Auli was “Is it India?? Or we are in Switzerland??” thick layer of white and fresh snow everywere, with a beautiful blue coloured water body in the center, which was making it the best site of our life till date. Beauty of this place is beyond words, it’s a paradise for the nature lovers and it can’t be better than this. After all the efforts we made to reach this place, Every bit of it paid off. All three of us had a great time throwing snow balls on each other. We also walked to the edge of the mountain and scream…which was echoing back. If you are a nature lover ,trust me; this place will touch your soul, and you will get to know what the real beauty is. Time passed very quickly and there was an announcement for the last trip of cable car. Irrespective of the fact we didn’t wanted to leave the place, we did not had any other option. On way back to Joshimath. I was full of numerous thoughts and my respect towards mother nature was on high. Nothing in this world is more beautiful than the "Nature at its Best".

So, now its time to return back. Next morning we had a breakfast and said goodbye to Auli and Joshimath, with lots of chit chat, we decided to take aroute through Rishikesh which was quiet adventurous, as we were passing through a scary road at night. We reached around 10 p.m and straight away to the hotel and went to bed. Next morning Kapil and Abhishek asked me to take a bath in Holy River “GANGA”. Considering the weather I thought its going to be a foolish act, so I refused but it didn’t stopped them from doing so. So they went out and I took a hot water shower in the room. By the time they came back I was all set and ready to leave the hotel. Their experience of taking bath in the chilling water of the river is not worth mentioning. On way back to Kanpur we took a halt at Haridwar and had a walk in the market, purchased some local stuff for the family and also took the holy water with us. Doing all this we got late and were forced to encounter the same kind of fog on way back, but this time I knew how to handle it. We reached Kanpur around 4 a.m in the morning and that was the end of our unplanned trip to Auli.

Today all three of us are married and are busy in our respective lives and are hardly in touch. But whenever we get a chance to meet we cherish those lovely days again and again and we’ll do that for the rest of our lives.