Explore the Prominent Forests of India 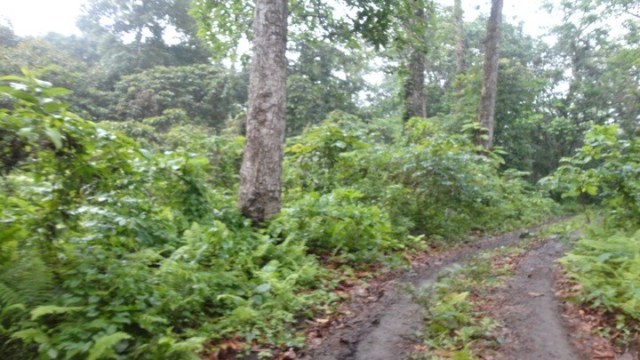 India is a country encompassed by wide varieties of natural wonders among which its forest reserves attract millions of visitors across the world. The country has innumerable forests adorned by its lush green foliage and dominated by dense wildlife.

The Indian Institute of Foreign Management is engaged in continuous research and analysis to develop tools and techniques to improvise the natural conditions of the forests in India. They are funded by prominent agencies like UNICEF, UNDP, and others to conduct various studies to assist in achieving efficiency in forest operations.

The forests host some of the endangered species of animals, migratory birds, flowers and trees. The Royal Bengal Tiger is one of the famous inhabitants of the national parks and reserves of India.

Sunderbans is listed as the World Heritage Site under UNESCO. Situated at the banks of the majestic river Ganges in Eastern India, it is renowned for the Royal Bengal Tiger, the most dangerous and endangered species of tigers. The forest is the residence of various species of animals and birds. The place is covered with marshy lands and presents a thrilling experience among the mangroves and grasses. The place is named after the Sundari trees which grow in abundance in this area.

It is one of the largest forests in India. The forest environment is graciously enlightened by the chirping of many varieties of birds like the kites and the teals. The place is also famous for housing some of the large reptiles like the monitor lizard, crocodiles, and turtles. During the winter, the forest hosts a large number of migratory birds.

There are four zones in the park to view the wildlife. Safari rides and boat rides are available in plenty to explore the forest amid the wild animals. Except for the rainy season, the place is perfect to visit during the weekends. During the monsoons, the high tide of the waters flowing near the forest prevents boats from riding near the forest area.

Bandhavgarh National Park hosts the famous white tigers and is located in the Central Part of India in Madhya Pradesh. Tropical trees like Sal and mangroves are common in the park. The forest was a well-known hunting ground for the Maharaja (King) of Rewa.

The park is a paradise for wildlife photographers and excursionists as it is inhabited by numerous species of animals like cheetahs, leopards, deer, fox, wild boars, the famous nilgai, bison, jackals and elephants. The forest is well known for the famous white tigers, which were first spotted in Rewa. The density of the tiger population in the park is said to be the highest in India. There are several species of birds dwelling in the forest, the majority being the cranes, eagles, kites, vultures, parakeets, hornbills, kingfishers, and the peafowls. Various species of reptiles are also found in the park.

The park has three main zones for wildlife observation and sightings. Safari rides are available in abundance to indulge into the wilderness of the forest. The scenic beauty of the forest is quite astonishing with the lush green trees, hills, plateaus, meadows and marshy lands.

The national park and wildlife sanctuary of Gir is located in the Western part of India in the state of Gujarat. The forest is famous for the gigantic Asiatic Lions and is a reason for attracting many tourists across the world. The Asiatic Lions are extinct in other parts of the world but are specially conserved and preserved in the forest premises.

Different species of reptiles are also found in plenty in the sanctuary especially the crocodiles and the snakes. The forest is also well known for the world famous four-horned antelope. Besides the sanctuary has many species of snake including the King Cobra. At the reservoir inside the forest, marsh crocodiles are often spotted. The forest is also the shelter for some of the endangered species of birds like the White-backed and the long-billed vultures.

Gir is one of the popular forests in India due to its thrilling wildlife along with the magnificent deciduous trees. As per the Forest Department census, the lion population is currently around 600. Jeeps, safari rides and elephant rides are common in Gir Forest. Any of them can be availed as per the interest to get enticed with the natural wilderness.

Kanha National Park is situated in the central part of India in Madhya Pradesh. Rudyard Kipling had mentioned about the forest in one of his internationally acclaimed famous book "The Jungle Book". The forest is listed as one of the top ten tourist spots of India by the Department of Tourism. It is also recognized as one of the picturesque forest reserves in Asia.

The national park is a paradise for the Bird Watchers since it is inhabited by many migratory birds. According to the Forest Department, there are about 300 species of birds, the most common among them are the scarlet minivet, black-hooded oriole, hornbill and the green bee-eater. The forest is inhabited by several species of animals some of the key ones being the tiger, bison, deer, hyena, leopard, fox, porcupine, jungle cat, bear, nilgai, and the jackal.

The best viewpoint in the forest is the Bamni Dadar. The point is a witness to the wonderful sunset experience in the backdrop of the dense forest. The diverse wildlife with the different species of animals and birds can be enjoyed at its peak from the Sunset viewpoint.

It is mostly populated with the tropical deciduous trees, sal, mahua and bamboo with open meadows, gorges and marshy swamps. Avail the safari and jeep rides to immerse into the breathtaking view of the forest, a dwelling place for a wide variety of wild animals.

Jim Corbett National Park - The national park has been named after the legendary Jim Corbett, the famous wildlife hunter, naturalist, and author of the book "Man-eaters of Kumaon". Jim Corbett launched the Project Tiger to preserve the endangered species of a tiger called the Royal Bengal Tiger.

It is one of the oldest and prestigious forest reserves in India with a captivating landscape encompassed by lakes, rivers, deciduous forests, and the marshy grasslands. The forest is the home of innumerable species of animals and birds. It shelters some of the rare species of otters and crocodiles.

The forest is divided into five different zones to watch the behavioral characteristics of the wild animals and to experience wildlife in their natural habitat. It is the only national park that permits night stay inside the forest area. The forest lodge is managed and maintained by the Forest Department of India and is a perfect place to stay and experience the scintillating feeling of wilderness. Elephant rides and safari rides are very common in the forest premises to roam around for an everlasting memory of true adventure.

Bandipur National Park is among the best forest reserves in the Southern Part of India in the state of Karnataka. The forest houses the largest number of elephants in South Asia.

The park offers boat rides too across the backwaters along with the elephant and safari rides. The landscape is beautified by the wild deciduous forests and the marshy wetlands. Sandalwood, teak, rosewood and the bamboo trees fill up the forest lands.

It is densely inhabited by the deer, elephants, bison, peacocks, antelopes, squirrels. The place is also one of the favorites for the bird watchers. There about 200 species of birds in the park, the famous among them being the drongos, peafowl, vultures, kingfishers, bee-eaters, hawks, eagles, jungle fowl.

Kaziranga National Park is present in the North-Eastern part of India in the state of Assam. The park is renowned for the largest collection of one-horned rhinoceroses in the world. The forest is accredited among the World Heritage Sites of UNESCO. It also hosts a dense population of tigers.

The flora and fauna of the park are amazing with the marshy grasslands and wetlands of the Brahmaputra river. The place is inhabited by several migratory birds and the dolphins. River camps, elephant rides, and safari rides are present to engulf into the intoxicating adventurous atmosphere of the forest.

The Forest Department had been very efficient in preserving the single largest population of one-horned rhinoceros and also some of the endangered species of wild animals. The park also hosts the Ganges River Dolphin. The park is not yet being hosted as one of the World Heritage Sites but it receives the highest level of legal protection as per the rules and laws of the Indian Wildlife Act and the Indian Forest Act.

Ranthambore National Park is a wildlife sanctuary located in the Northern Part of India in the Royal State of Rajasthan. The forest reserve is situated at the backdrop of the splendid Ranthambore Fort, a fort built in the 10 th century ancient India during the rule of the Maharajas(Kings) of Jaipur.

The forest is a famous destination for wildlife adventurists and photographers. In the earlier days, the Maharajas and the royal members of the kingdom used the forest as their hunting grounds. It houses various species of animals especially the tigers, leopards, deer, hyenas, wild boar, jackals, fox, and the desert cats. The park has created ten safari zones for wildlife observation and sightings.

The lakes Padam Talao, Malik Talao, Raj Bagh Talao, and others and the garden inside the park are adorned by many flowers, enhancing the mystic beauty of the forest.

Khasi Hills stand apart from the rest of the forests in India, mainly because of its spectacular display of natural beauty. It is located in the North Eastern Part of India in the beautiful state of Meghalaya.

Nature with its abundant store of vibrant flowers, innumerable species of orchids, tall trees, wide varieties of ferns and the multi-colored butterflies embellish and enrich the beauty of the hills. Rice cultivation is quite popular in the valleys of the Khasi Hills. The place experiences one of the highest annual rainfalls in the world.

The forest reserve of Nilgiri is located in the Southern Part of India in the state of Tamil Nadu. The place is listed in the World Heritage Sites of UNESCO. The reserve is located at the foothills of the famous Nilgiri Hills.

According to the Forest Department, the Nilgiri reserve is said to host about 3300 species of flowering plants. There about 175 types of orchids in the reserve. The forest houses some of the rare and endangered species of plants. The place is flocked by many nature lovers and enthusiasts.

The forest reserve is inhabited by over 100 species of mammals, 350 species of birds and 80 species of reptiles. The wetlands and the marshy grasses of the river Cauvery enhances the flora and fauna of the Nilgiri reserve.