Around 1-1.5 hours drive from Jaisalmer, is an outpost of Indian army in the middle of the thar desert at laungewala. A place you might not have heard of, but if you are an Indian you definitely know its story or must have seen it on the movie border. Yes, you figured it out right. This is where the infamous 1971 war was fought between India and Pakistan, the battle of laungewala. Now we don't need to guess what was the end result of this war or who came out victorious. But the story behind this war is rather fascinating.

The Backdrop:
In December 1971, alpha company of 23 Punjab commanded by Major  Kuldip Singh Chandpuri was deployed at laungewala. Pakistan launched a heavy attack with T-59 tanks and M4 Sherman tanks. The plan was to proceed towards Ramgarh and Jaisalmer after capturing laungewala.

As per the plan, the Pakistani army attacked the laungewala post on the night of 4th December 1971. Heavily outnumbered, Major Chandpuri had the option of holding on to the post or withdrawing. Major chose the former without hesitation and decided to take the opposition head on. There couldn't have been air support because the hunter aircraft of the time didn't have night vision technology. Intense shelling by Pakistani artillery, tanks and small arms continued throughout the night.

The numerical superiority and heavy firing failed to deter the gallant indian soldiers who fought with utter disregard to personal safety, laid mines on the face of advancing Pakistani columns and beat back two attacks. At the dawn of 5th December 1971, hunter aircrafts of the Indian Air force stationed at Jaisalmer carried out precision bombing and destroyed a number of Pakistani tanks.

Having suffered heavy casualties (179 dead/wounded) and 37 tanks destroyed, the Pakistanis withdrew on 5th December. 2 of the Pakistani tanks destroyed that day still remain at laungewala recounting the events of the historic battle. In recognition of the gallant act, 23 Punjab was awarded the battle honour 'laungewala' and theatre honour 'sindh'.

Other facts:
Pakistanis were so confident of capturing laungewala and subsequently ramgarh and Jaisalmer that they carried with them extra fuel. Carrying a volatile substance in warzone raised no red flags in any Pakistani head and this helped india destroy many of their tanks.

While 179 Pakistani soldiers were killed or injured, only 2 Indian soldiers lost their lives.

From Jaisalmer via pokharan, you reach the historic location of laungewala. 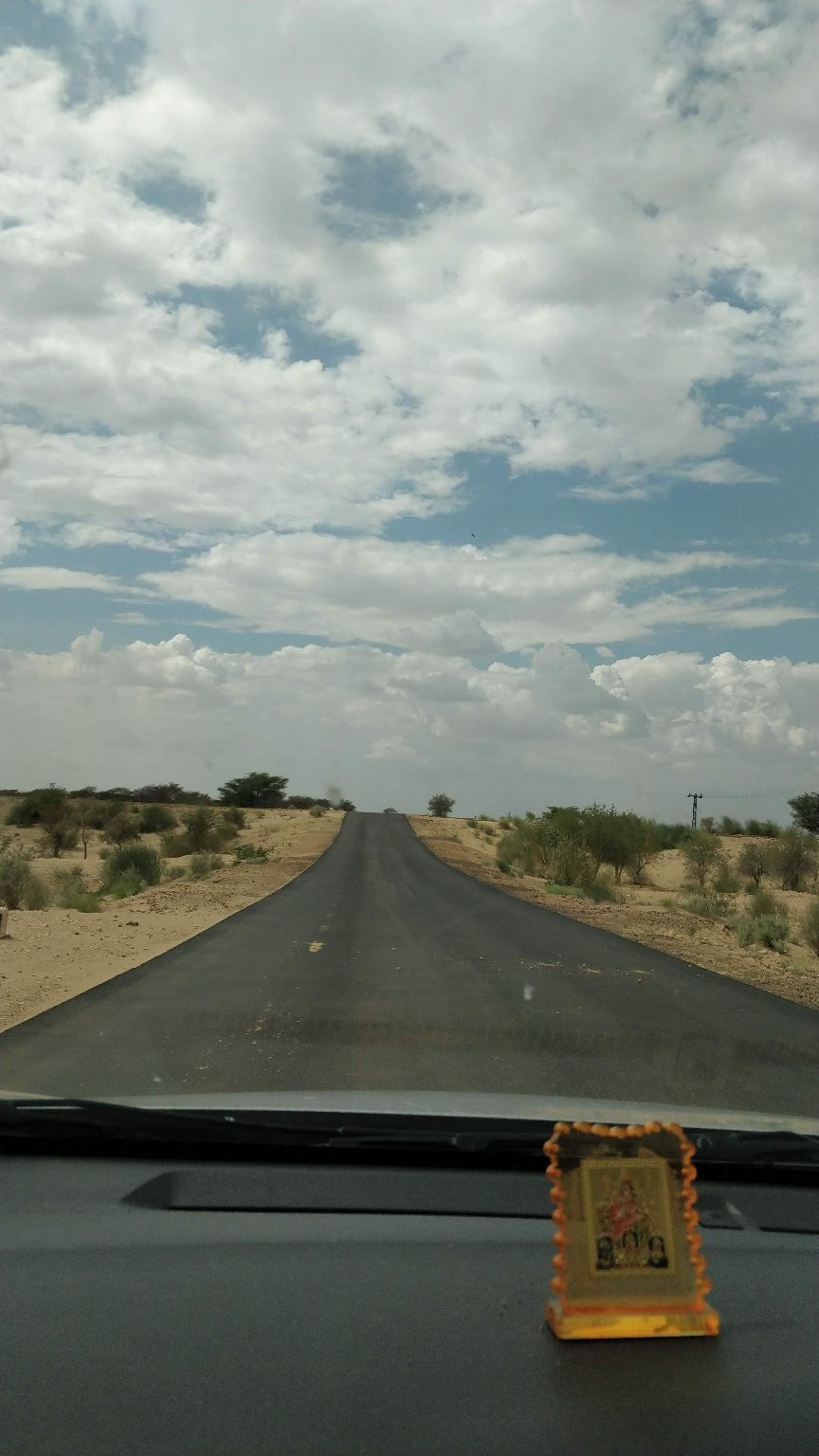 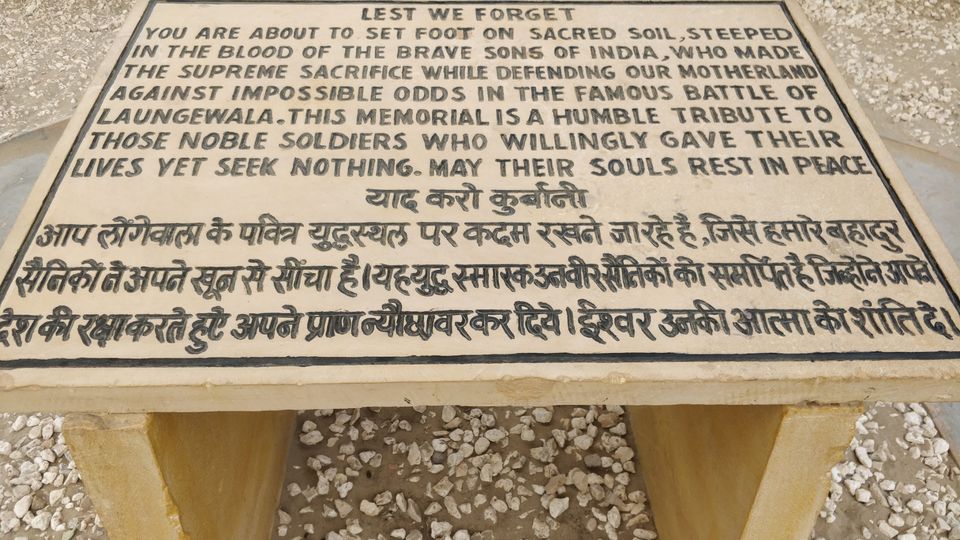 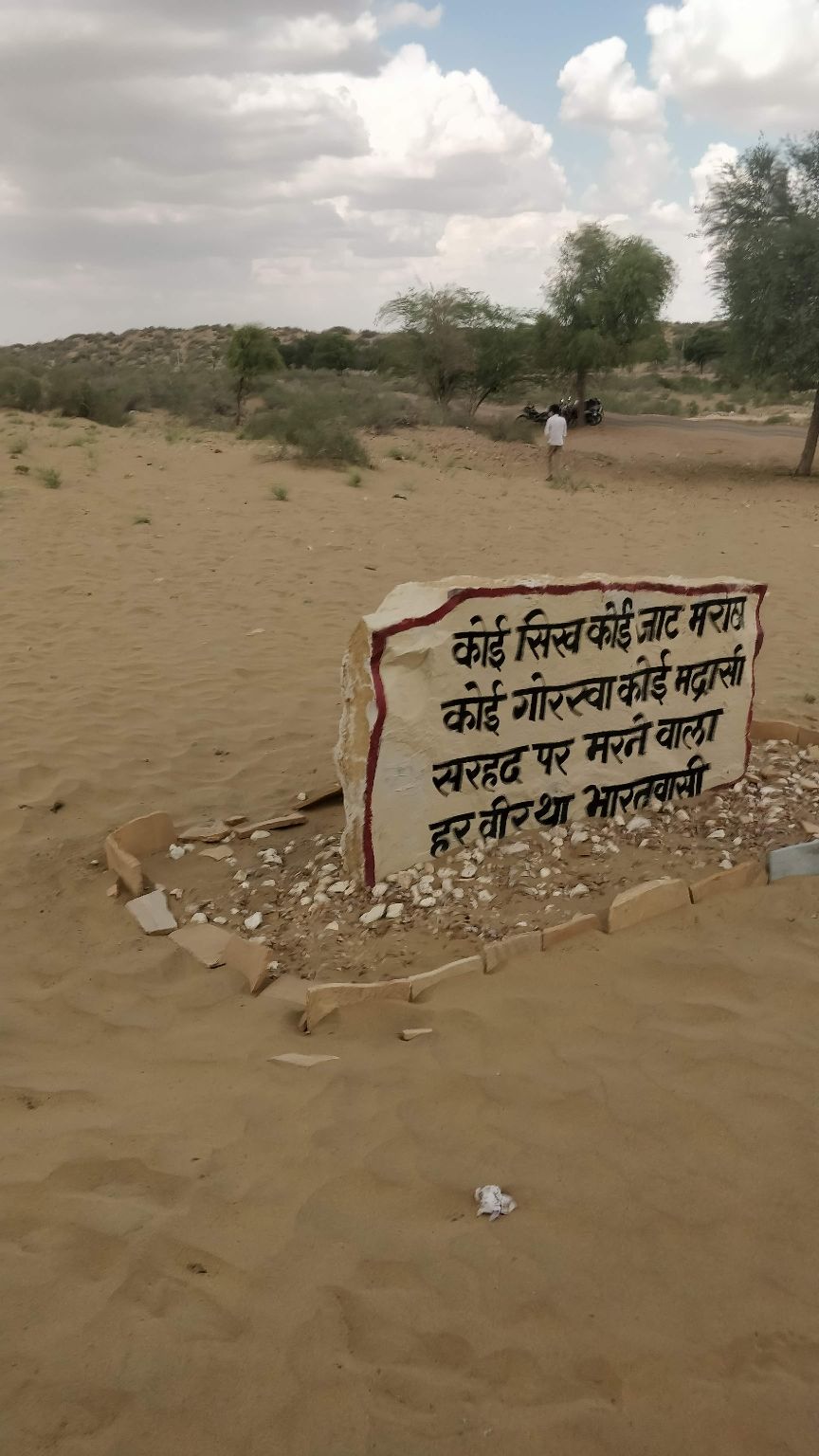 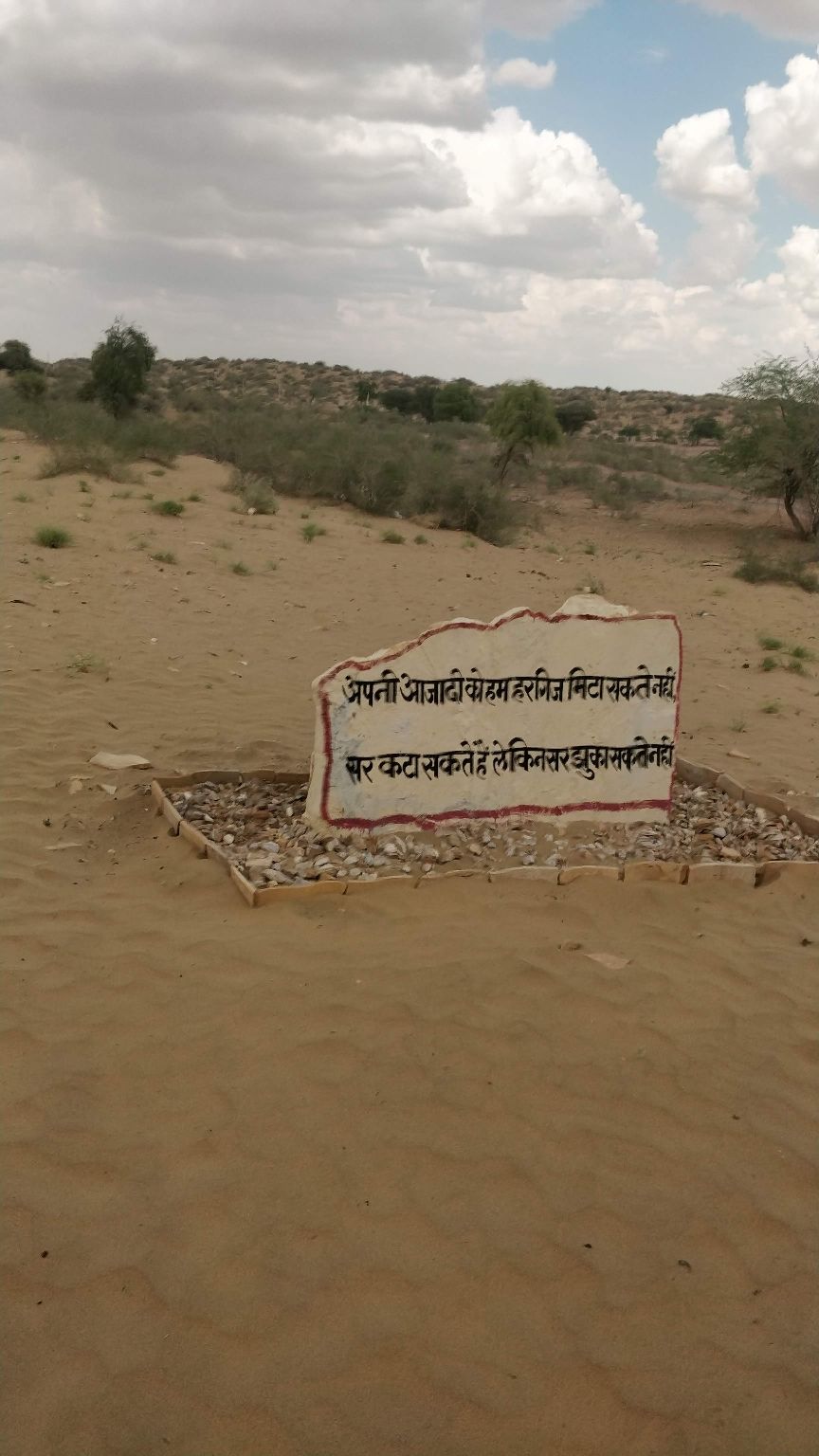 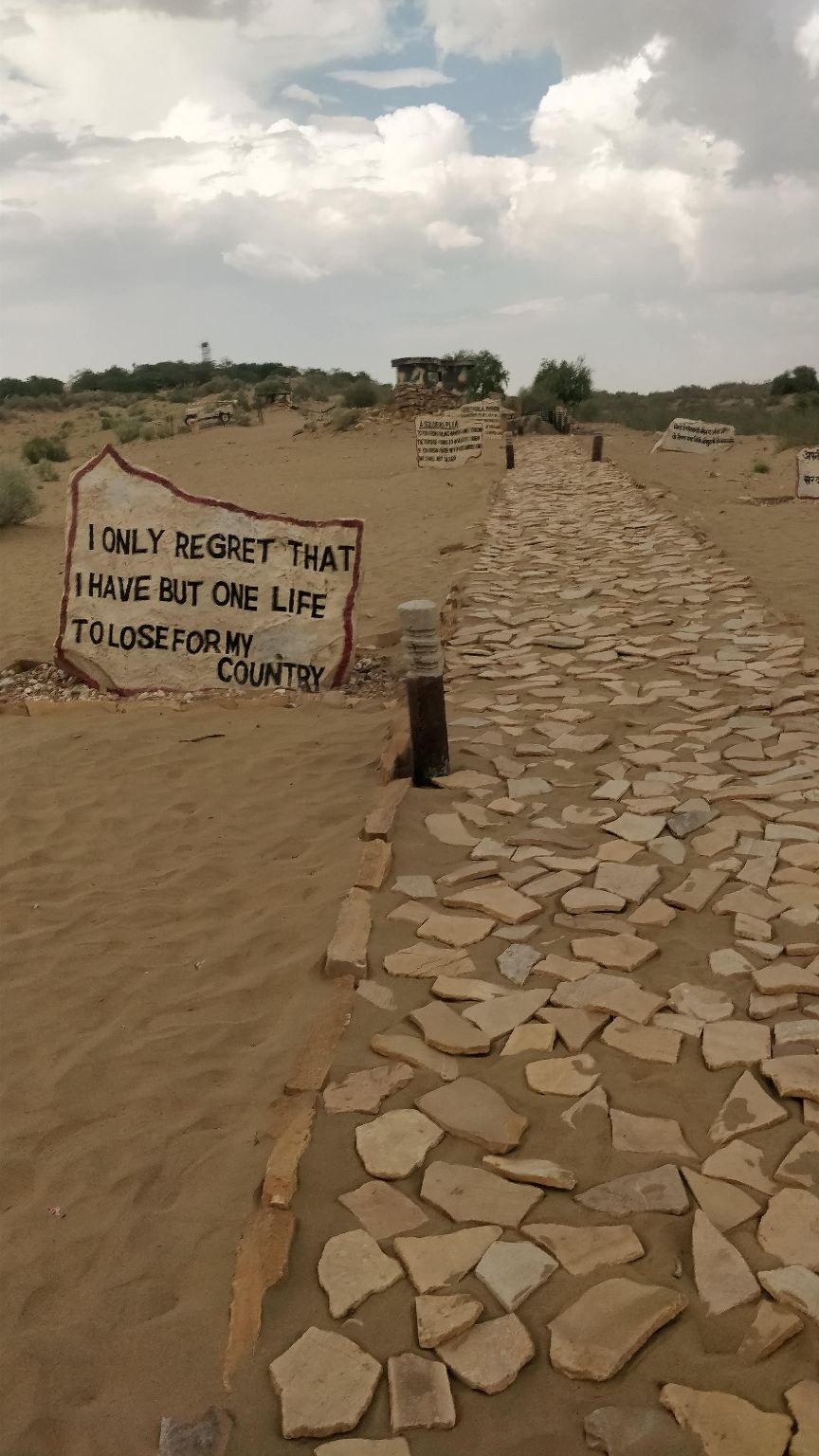 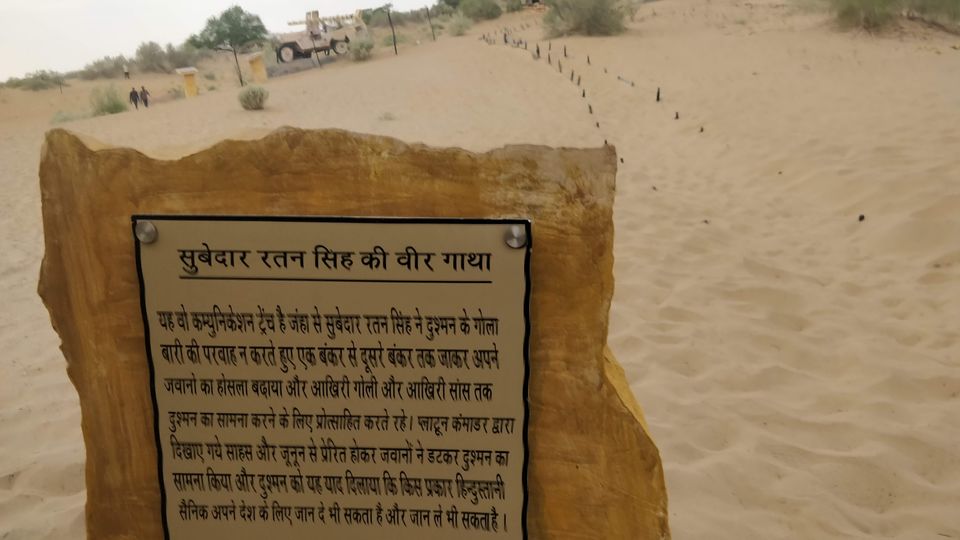 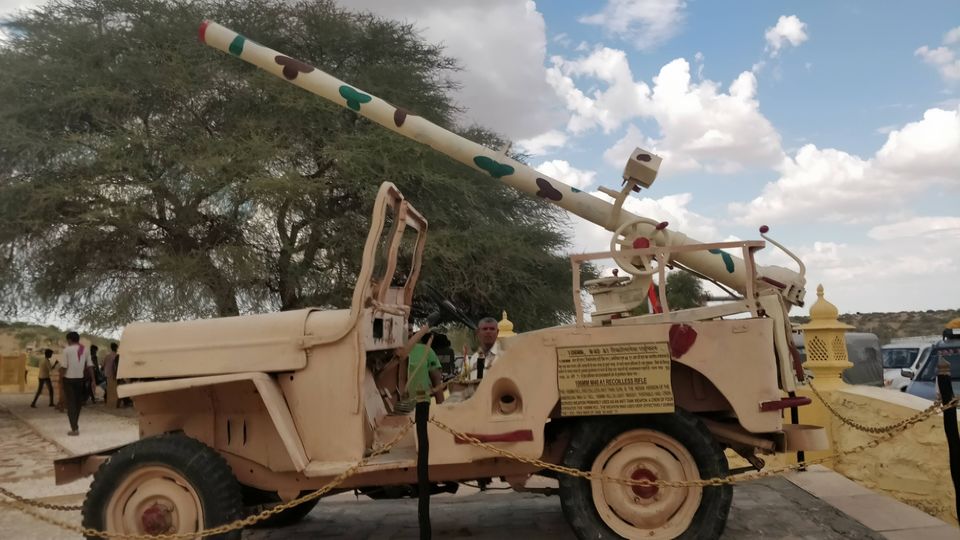 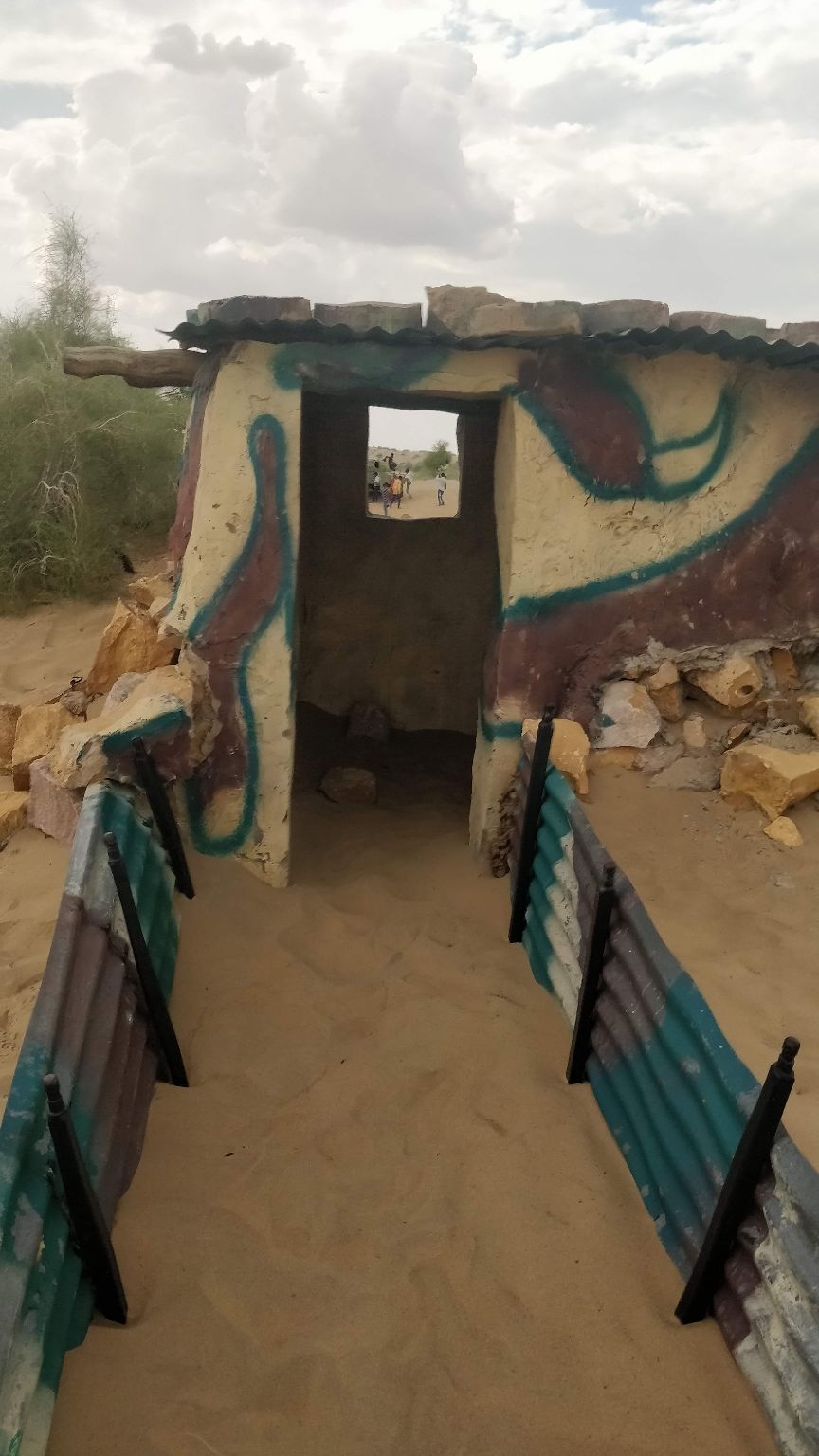