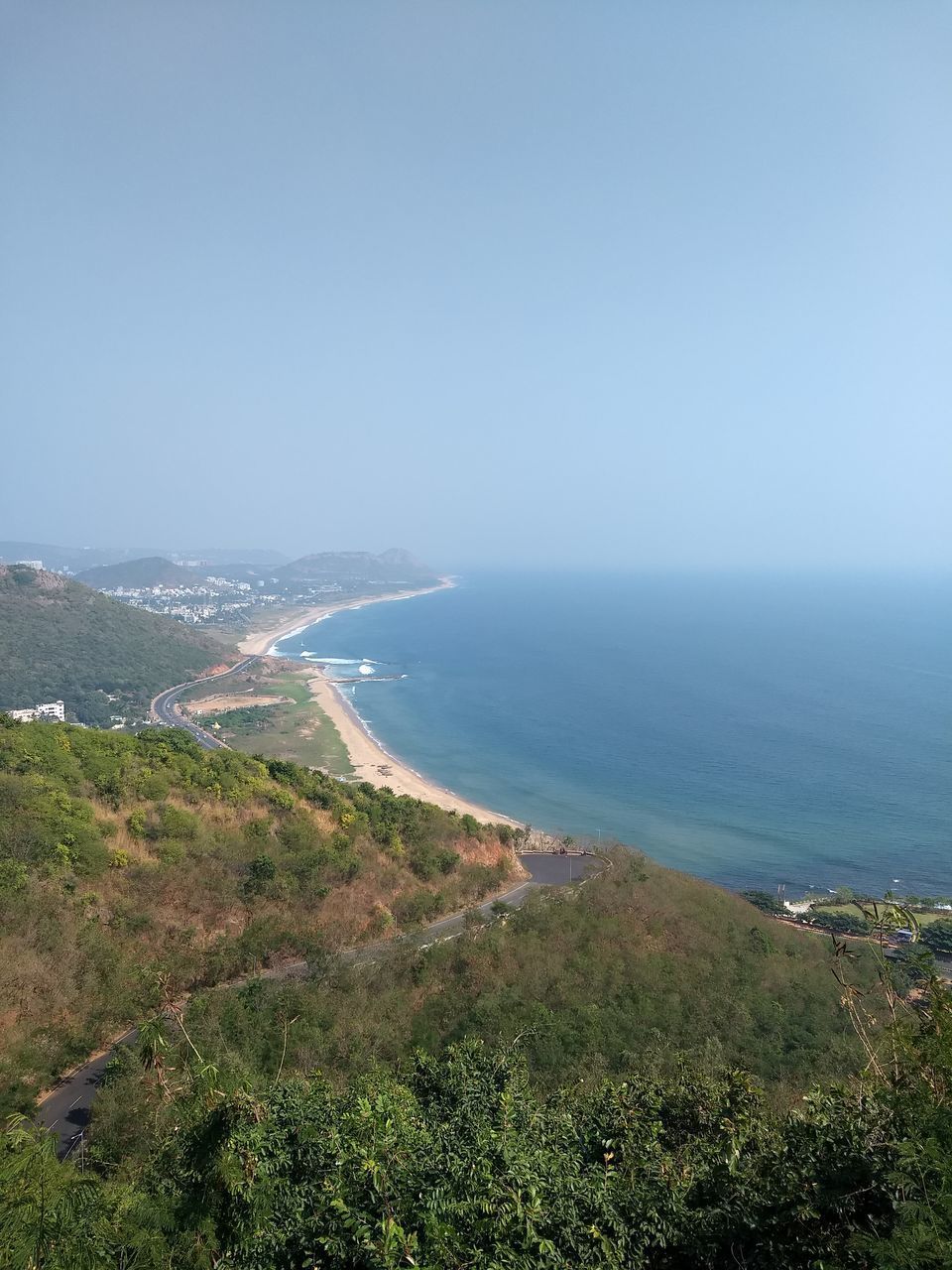 It was the first solo trip of my life and the destination was this beautiful coastal city on the banks of Bay of Bengal.

Vishakapatnam, also known as Vizag and Waltair is the largest city of Andhra Pradesh and the administrative headquarters of the Eastern Naval Command of Indian Navy.

Known as The City of Destiny and The Jewel of East Coast, Vishakapatnam is the home to only natural harbour of east coast of peninsular India.

My native is Bengaluru and I had to travel to Vizag in order to attend my interview with the Indian Navy for the post of SSC GS (Electrical) on 26th of November, 2018.

Since my home is 1047km away from this coastal city, the journey by train was a whopping 23.5 hours. I boarded the Puri Garib Rath Express from Yeshwantpura Railway Station on Saturday, 24th Nov at 22:40 hours.

The train reached my destination at 22:05 hours and my lodging was already booked at a Non-AC dormitory at the IRCTC Retiring Rooms at the first floor of Vishakapatnam Railway Station.

Since, my interview was scheduled at 6 am on Monday, 26th Nov, I got up 4 am and was present at the MCO office as told at 5:30 am. There were a total of 98 candidates ready to give their interview on that day. At around 6:30 am, the officials from Navy came, verified the documents and took us to the Naval Selection Board, where the interview tests would be held. The interview went fine. Unfortunately, I couldn't make it and was eliminated in the 3rd round. As soon as the results were announced, those who were eliminated were dropped to the railway station in Navy vehicles.

It was around 4 pm on 26th Nov by the time I was dropped off. Since no trains were available at such short notice, I had to resort to Buses and booked my return tickets to Bangalore by VRL Travels on the following day at 3 pm.

I roughly had 24 hours to spend time in the city and was looking forward to make full use of it. So, I quickly booked a bed in the IRCTC Retiring Rooms' Dormitory, dropped off my luggage, freshened up and left for RK Beach.

The RK Beach or Ramakrishna Beach is just 5.5 km from the railway station. Just outside the platform, is a well built bus station where plenty of local buses are available to reach RK Beach. So, I went to the bus station and almost immediately got the bus. The bus ticket costed ₹15 and I reached the beach in 20 minutes.

I spent around half an hour at the beach, clicked a ton of photos and walked towards the INS Kurusura Submarine museum. The walking took 25 minutes as the museum was 1.8 km from my location.

INS Kurusura was a diesel-electric submarine of the Indian Navy. She was decommissioned on 27th february, 2001 after serving 31 years on duty. Now, the same submarine is parked on the banks of RK Beach for public viewing. The entry ticket to the museum is ₹40.

This submarine museum is a must visit for all the tourists visiting Vizag. One can learn about different operations generally taking place in a typical submarine and feel how it is to be inside one.

Right opposite to INS Kurusura Museum is the TU 142-M Aircraft Museum.

The TU 142-M was an anti-submarine warfare aircraft built by Tupolev Group, Russia.

After serving 29 years as a Long Range Maritime Patrol aircraft of the Indian Navy, this aircraft is now converted into a museum, open for public to visit and see the inside of the machine and understand its working.

Apart from the aircraft itself, there is an exhibition centre which houses some of the most critical parts of the warfare combat airplane. The smartphone audio guide is available in this museum too for free of cost. The entry price for the museum is however, ₹70.

After visiting the two museums, it was around 9 pm. After inquiring from the locals, I got to know that the frequency of City buses plying to railway station was very less post 7 pm. I approached a few auto wallahs and they demanded an exorbitant price. So, I decided to walk my way to my dorm as the footpaths were wide and the city was very clean. It took me 1.5 hours to cover 5.5 km and on my way back, I had a paneer frankie on a roadside food truck. I came back to my dorm and slept after an exhausted day.

Next day, I woke up at 8 am, took a quick shower and left to have my breakfast at Karanth Hotel which on the railway stationed road. The reason I went to that very hotel was because i'm from Karnataka and was searching for a Karnataka hotel in the vicinity and this was all I could find.

Soon after breakfast, I boarded a city bus to reach Kailasagiri which costed me ₹25.

Kailasagiri is hill top park located at a distance of 12 km from Vizag city. The hill, at a height of 173 m, overlooks the city of Vizag and offers a spectacular RK Beach and Rushikonda Beach.

One can reach the hilltop either by road, foot or by means of cable car. The entry fee is ₹5 per individual and the cost for a round trip of cable car is ₹100.

Once atop, there are many view points to catch a glimpse of Rushikonda Beach, Beemli Beach, RK Beach and the Vizag City. There is a Shiva Parvathi statue along with a number of eateries. The tourists have an option of availing a toy train ride along the terrains of the hill offering picturesque sights.

I returned to my dorm after spending about 3 hours on the hill, packed my luggage, had my lunch at IRCTC Jan Ahaar outlet and proceeded to catch my bus to Bengaluru at VRL Logistics Terminal, Rama Talkies Road.

This trip has been a really special one to me as this was my first solo trip. Apart from that, the Indian Navy were kind enough to provide me with reimbursement of my travel tickets which made this a really low budget trip.