Where the sea flows in the heart of the city : Vishakhapatnam 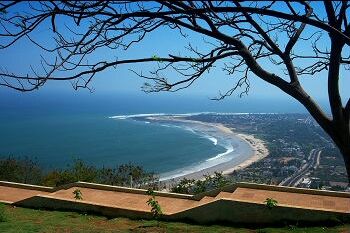 Visakhapatnam, one of the naval bases of the country, a thriving industrial zone of mining & manufacturing & shipping, is a wonderful beach town (it's actually a city). What struck us most was the cleanliness & wonderfully laid out road. The second city after Mumbai that has a sea running across the city with a sea facing busy thoroughfare. It has a wonderful night life around the beachfront where most of the plush hotels & cafes are situated. This place bore the ravages of cyclone Hudhud some years back that destroyed its infrastructure. But the city fought  back to normalcy & even better infrastructure. It is the third cleanest city of the country & very less on pollution even though some major industries operate here. Being a naval base of importance, the city has a tight security & the airport is an airbase too.
The city has numerous hotels of star category like Novotel, Park & Gateway alongside budget ones. We stayed in a budget hotel, Keys, at the heart of the city in the business district. The hotel is a no frills business hotel with good food & great connectivity with RK beach, railway station & airport within a close reach. The city is a small one & can be toured in a day. We started with RK beach the city's main attraction. INS Kursura Submarine is a converted museum. This war  machine has served India in wars & is now a museum that gives a glimpse into the lives of navy under the water. You get a guided tour & the entry fees are reasonable. The machine is well maintained. A little ahead of the museum is the VUDA park from the city's Urban Development Authority. It is beautifully done with manicured lawns & seating by the sea.Next up was Kailasagiri. The Hollywood styled letter spread from a distance atop the hill to announce its presence. You can reach the hilltop by ropeway or by road. Ropeway offers a scenic view of the panoramic city skyline & the beaches. Atop the hill is a toy train that takes you around the hill. There is a massive size Shiva Parvati statue in white that stands out & is visible from down hill road. There are numerous view points on the hill that offers you breathtaking views of the city & sea. It's windy & can be extremely hot during the day time. Further ahead is Rushikonda beach that is reached via a scenic road that runs parallel to the sea. The drive is extremely beautiful. Rushikonda is a clean beach. Commercialised, as this is the second most popular beach after RK. This beach houses the APTDC resort that overlooks the sea from the hillocks that surround the beach. Further beyond is Bheemili beach, quite deserted.
The beach we liked best is Yarada across the hill that has the famous dolphin nose  shape. The drive is a beautiful experience across the navy township on the hill. The hill road just plunges into this beach which is one of the cleanest beaches I have seen in India. Yarada is not commercialised at all. The colourful boats are parked close to the sea that provides a wonderful backdrop to the sea.
One can also visit the fish market if one is tolerant of fish smell as dried fish smell can be quite choking. However, if we can bear the smell, the colourful fishing boats are a good backdrop for photography.
Foodwise, one can try the traditional Andhra cuisine which is quite spicy. But the city has some pretty beachfront cafes like Percolator Cafe that serves good shakes & snacks. We mostly ate at the hotel which was decent. We also tried the restaurant of the neighbouring hotel called Dolphin. A grand & elaborate set up with average food but very nice live music. We had our anniversary dinner at Novotel's rooftop restaurant which was nice because of the views of the sea, good was decent. However having visited during the tour of England last year & Novotel hosting the cricket teams, enjoyed the buzz of the crowd that cheered the Indian team when it's bus rolled into the hotel. Also saw some cricketers close by in the hotel lobby & the restaurant.
Vizag is a beautiful city with many tourist attractions nearby like Araku & Borra Caves. 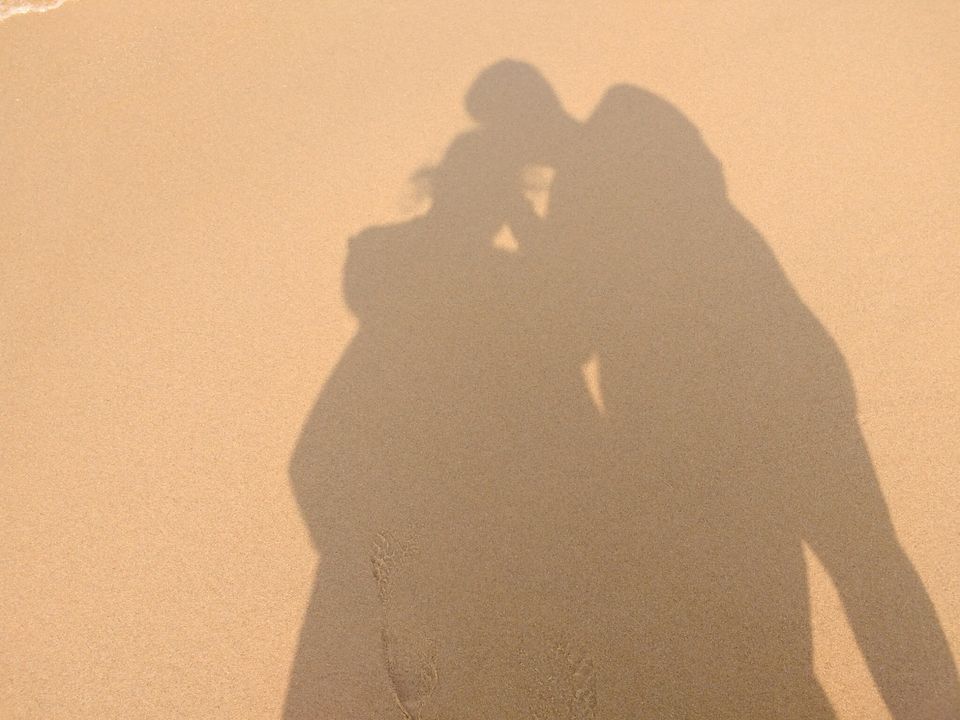 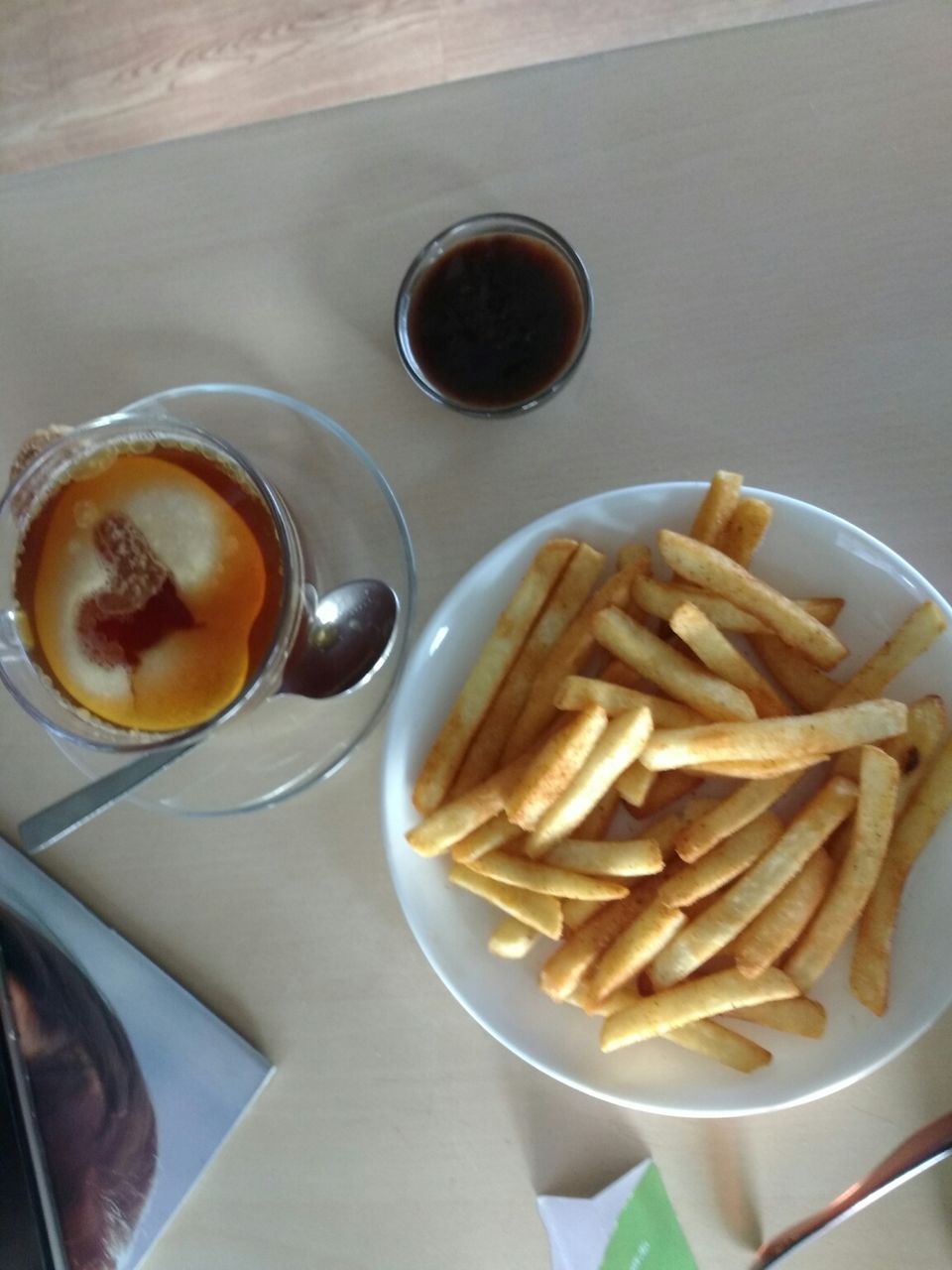 View of the coastline from Kailasagiri 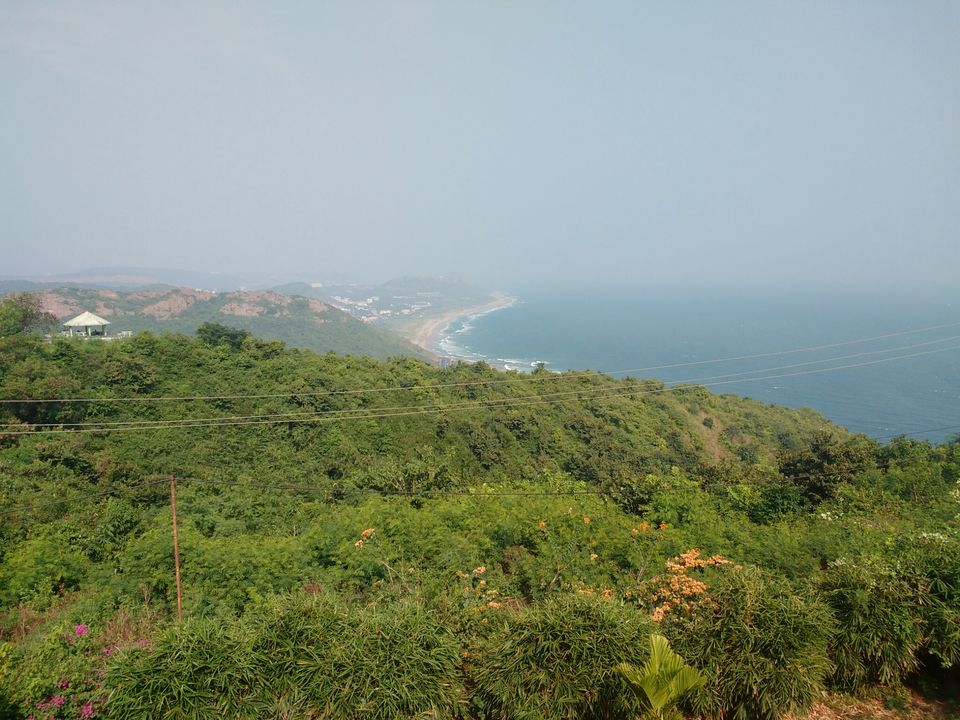 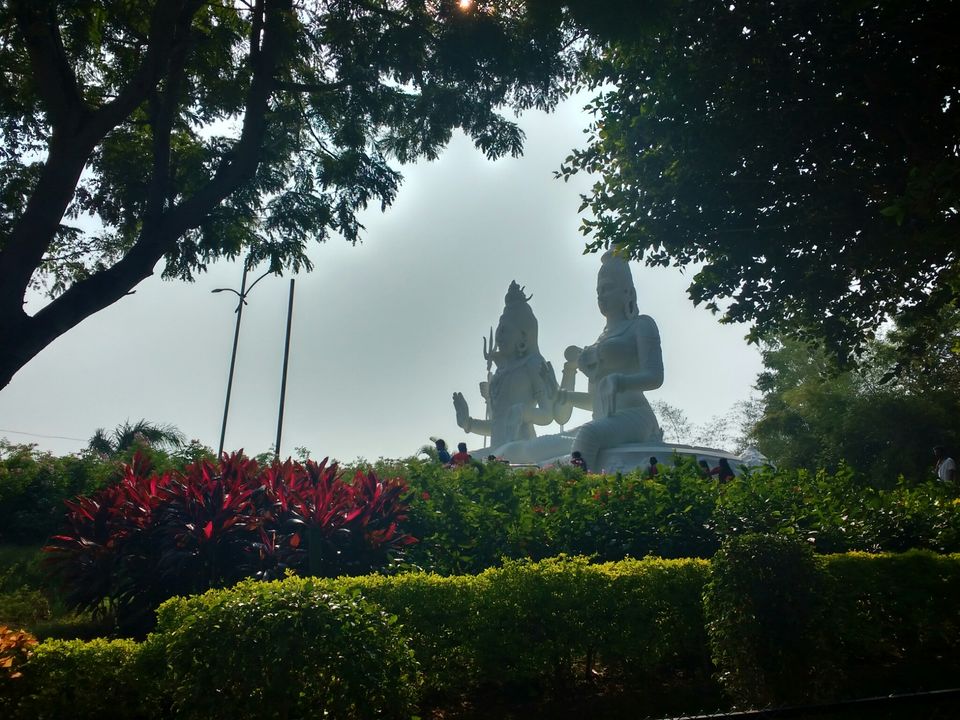 Rk beach..the beach in the heart of the city 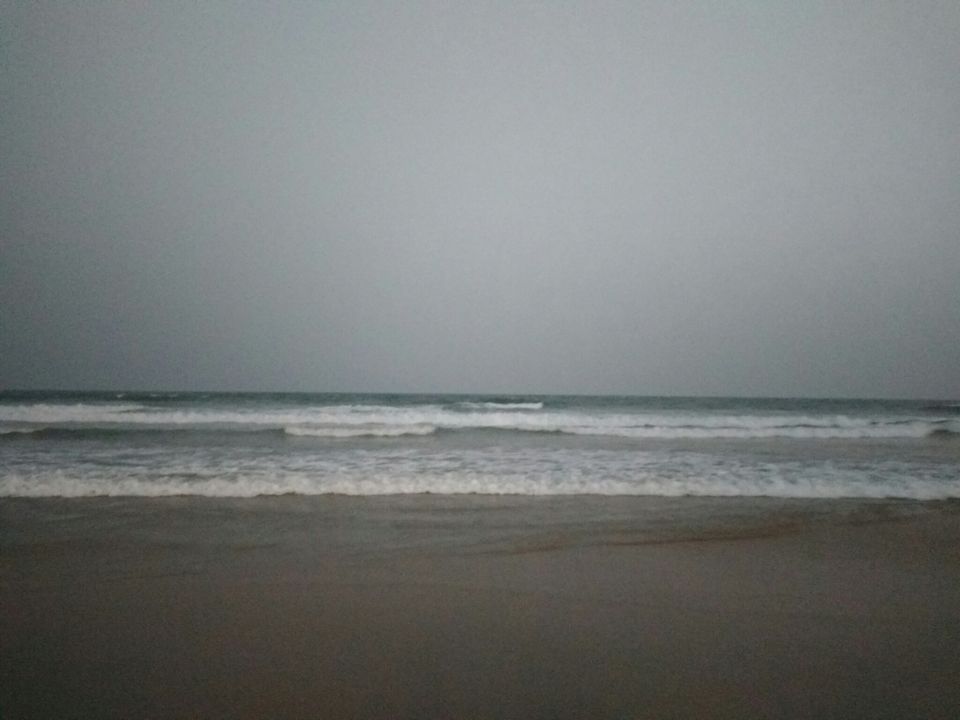 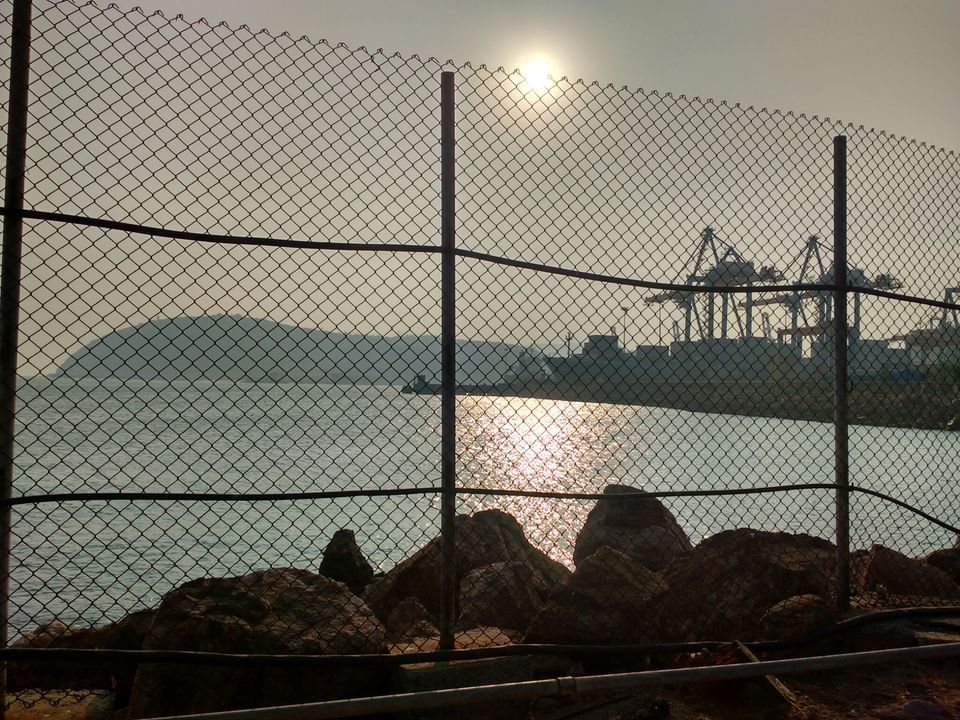 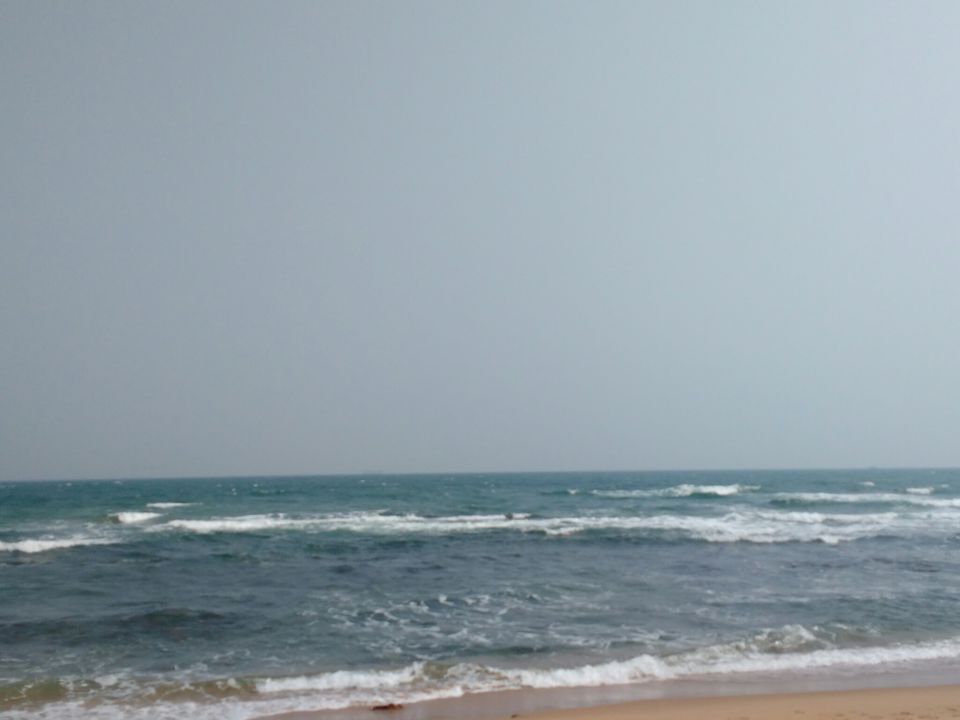 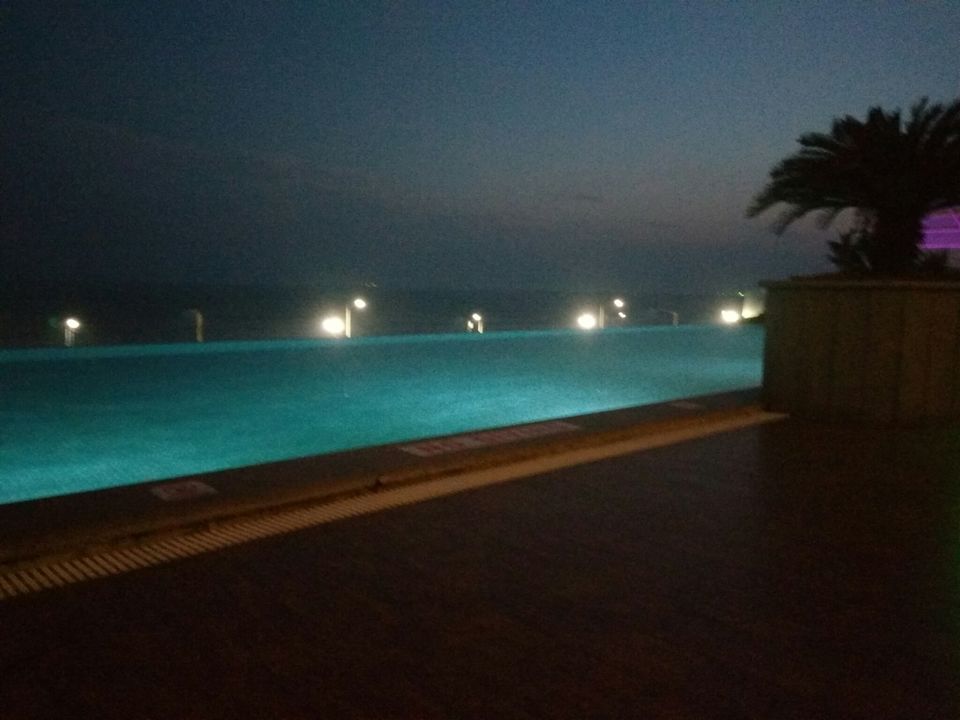 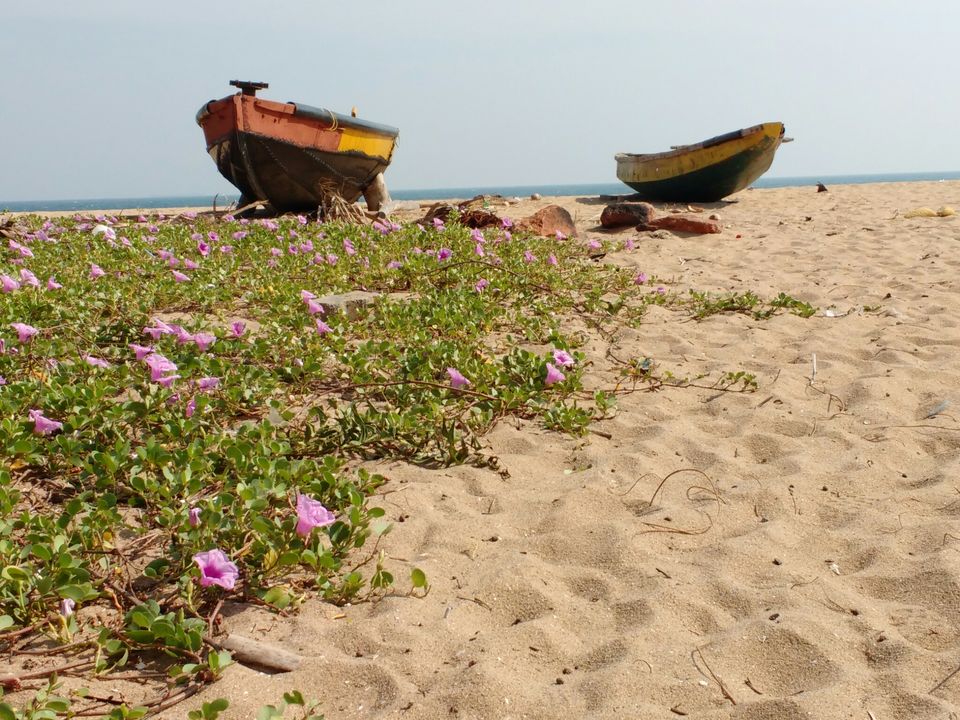 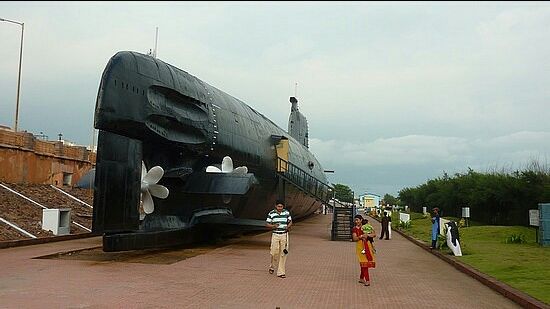 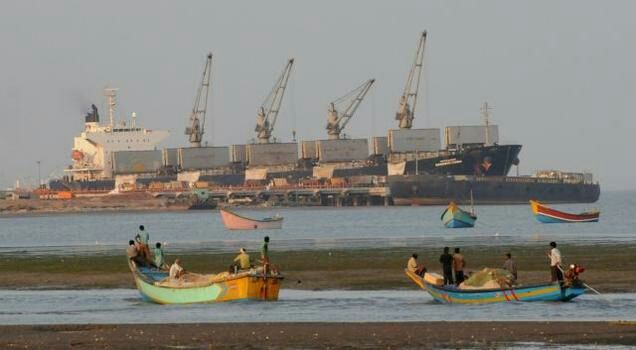 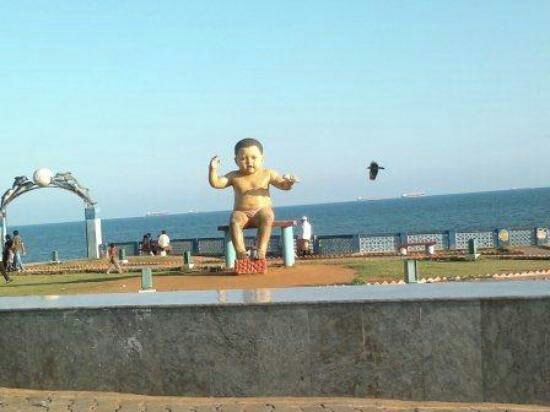 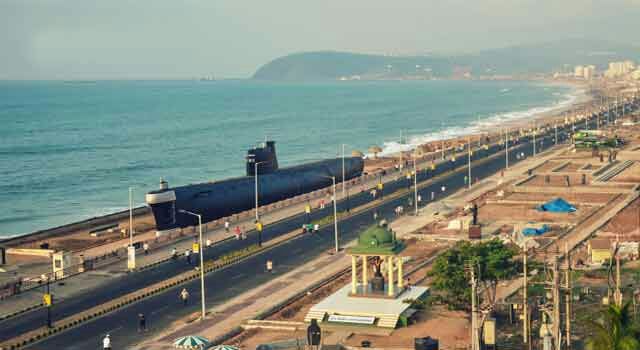