Offbeat in Indonesia: Solo and Semarang 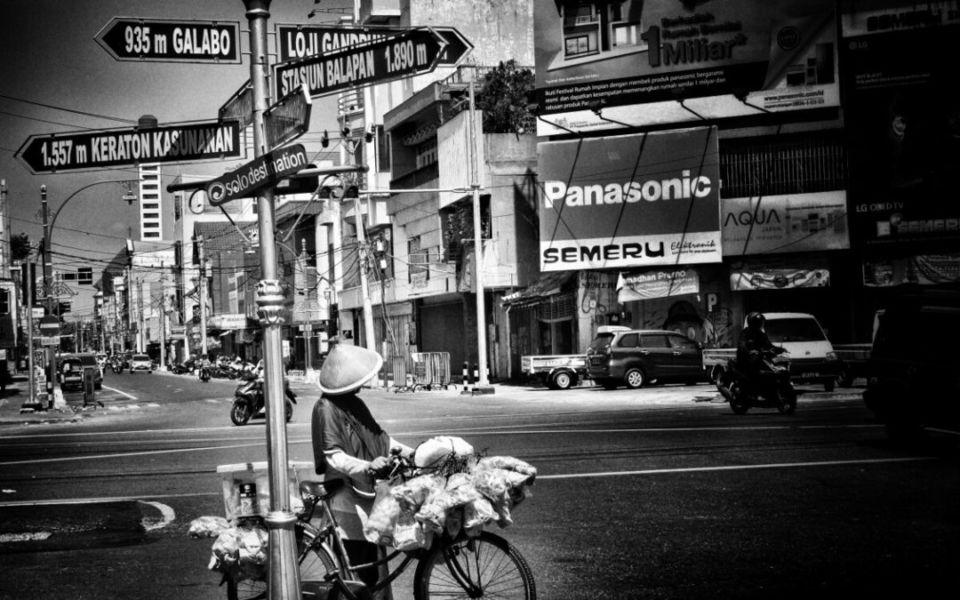 Standing on the balcony of a colonial building centuries old, I watch the busy city of Semarang hustling below. I have hopelessly fallen in love with another port city, this one is on the northern coast of Java in Indonesia. It is the bustle of the city that draws me in complete with its cacophony of noises and colours. Java had been an English colony till the mid 17th century when it was exchanged with the Dutch in return for Chinsurah in West Bengal. As with many of the similar ports in the area, it soon became the hotbed for the colonists from Europe, the slaves from India and Africa and the traders from China. But instead of cultural admixture that results in a homogenous distributiom, the city's skyline is dominated by the architecture of the Dutch. One such building is the Dutch East Indian Railways Headquarters, now known as the Lewang Sewu and this is where I am standing.

"Lewang Sewu" also meaning Thousands of Doors in Javanese is the flagbearer of the Dutch influence that Semarang's skyline has. The building draws it's name from a multitude of windows which the locals mistook as doors and is dominated by high ceilings along with wooden window frames, so typical of the Dutch architecture in 1800s. Not just Lewang Sewu, but even walking down the streets of Semarang is no less than time travel, especially the area around Kota Lama, the heritage part of the city. Right from the red bricked roads to the art deco buildings, the ambience screams medieval Europe.

If there is any building in Semarang that typifies the Dutch influence, it is the Praejo Lajar Cigarette Factory which has been manufacturing the famous clove cigarette since the Dutch colonial times. One of the oldest cigarette manufacturing companies in the world, its outer façade is a contrast of colour: Red and White. The throwback to the Dutch colonial times is visible through the stained glass panels and a half circle glass transom.

I also decide to check out two temples: one Chinese and one Hindu both representing the faiths of the people who had settled in this port town. The Sam Poo Kong Temple is archetypical of the brightly coloured Chinese temples so commonly found in South East Asia. The main temple is a three storied pagoda and houses the statue of Zheng He, a Chinese Muslim who established the temple. To explore the Hindu temple of Gedong Songo, one requires an excursion to the outskirts of the city at the Mount Ungaran. Surrounded by now extinct volcanoes, this 8th century temple built out of stone offers a sense of solace blotting out the babble in the city streets far below.

Where to Stay: Santika Premiere Semarang

What to do: The outskirts of Semarang has quite a few facilities for adventure sports.

How to get there: Garuda Airlines flies daily flights from Jakarta.

The next city I plan to visit in central Java is it's cultural capital, Solo. Its royal lineage and traditions shape the Javanese culture of today. Solo was the residence of the royal family of Susuhunan Pakubuwono in the 18th century and the two main attractions to look out for are Keraton Sukarata Palace and Mangkunegaran Palace. These places showcase the residence of the royals and display their heirlooms reminding us of the rich history of Java. The Keraton Sukarata Palace is a remembrance to ancient Javanese tradition with seven entrances along with seven different yards.

The interiors of the palace are done up in white with contrasting shades of green and bronze upon it while a guided tour will take you around the museum inside it.

I decide to discover one of Indonesia's authentic artistic creations, the dyed fabric called Batik next. Solo is one of the major centres for the production of Batik and if you're in Solo you cannot miss visiting the Danar Hadi Batik Museum, which displays this beautiful handmade fabric in all it's artful glory. The museum features over ten thousand fabrics of Batik from all over Java, China and beyond. The whitewashed building offers the perfect backdrop to the melange of colours as our guide takes us through the hour long trip through the world of Batik. The museum also has a section which employs local artisans and you can pick your favorite item to take back as a souvenir.

Being a street explorer one thing which has always fascinated me is the commute that the locals use. The streets of Solo run parallel to an old railway line on which a refurbished colonial age steam engine runs between Purwosari and Sangkrah. Riding the steam train is one of the easiest ways to experience the colonial vibe of the city. If you're planning to explore the street markets, then taking a rickshaw ride and making a stop at Pasar Gede for shopping will be a good choice. After a couple of hours of shopping, I decide to try out Mrs Dermi's milk based ice creams with sliced jack fruits and coconut. The soft, silky flavour remains on my palate as I sort through the market picking out some of Solo's famous wooden puppets.

Where to Stay: Roemahkoe Heritage Hotel

Where to Eat: Omah Sinten Restaurant. Try out the Garang Asem Bumbung, a soup which is also the King's favourite

Central Java is one of the most offbeat and culturally rich places to visit in Indonesia and should be one of your major reasons to skip Bali and head over to Solo and Semarang to discover some truly interesting places on your visit to this island nation.