Karnataka Travel GuideKarnataka TripsChikmagalur, The Coffee Estate Of India In Less Than 3000 Rupees/30£

Chikmagalur, the Coffee Estate of India in less than 3000 rupees/30£

While we were getting back, the weather seemed so pleasant that we thought of taking a halt. 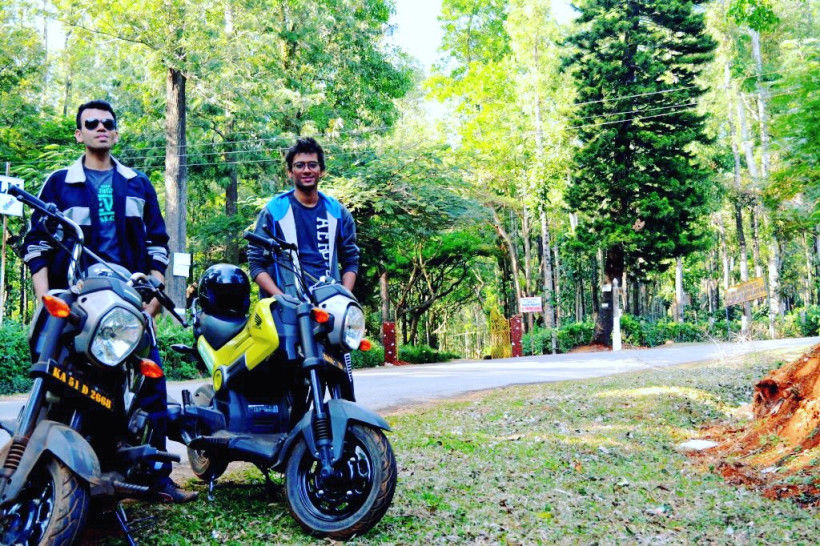 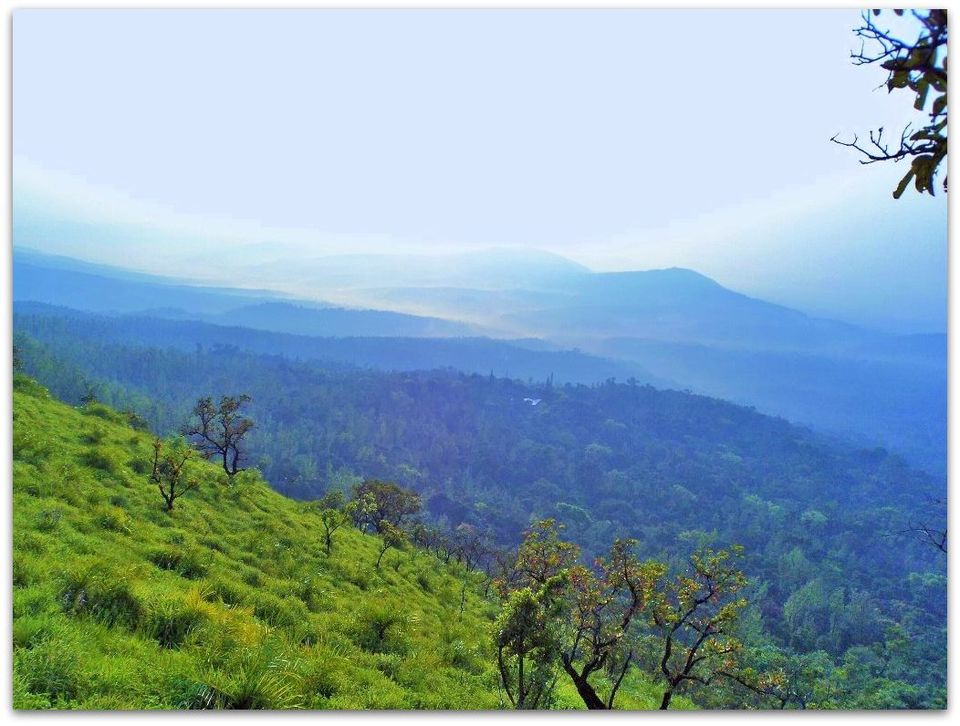 Chikmagalur had always been there at the back of my mind! The day I thought of this place, I made up my mind that I would make it happen.

Well, I came up with an idea of taking a train and getting down at Kadur railway station which was geographically the nearest location to Chikamagalur and the way from Yesvantpur to Kadur merely cost us Rs 90.From there, we took a KSRTC bus. The conductor charged us 40 bucks to which we were amused.

We had already booked our hotel stay but because of New Year, the room tariff skyrocketed. So, it will be a wise decision to visit on off seasons.

Following day, we went on exploring the streets and kept an eye out for a bike rental shop. After a series of misfortunes, we heaved a sigh of relief, when an owner of a Trippr backpacker hostel assured us that we have come to the right place.

Tanay then confessed, last time when he rode a bike he was drunk but he assured us that he had to give it an another shot, after all we had no choice and so went on to rent two bikes from Wicked Ride and started planning how to go about making our way to Karnataka’s highest peak and the waterfalls that we thought of!

On the 31st night, we had scotch and vodka which we had purchased back in Bengaluru, ate Chicken shawarma and Chicken tandoori, and sang our hearts out.

In our drunken stupor, we got into playing truth and dare, since there wasn’t much to do. On the dare part, it turned as confessions thing which we ended up regretting later in the morning. At the clock ticked 12 Am, the New Year wishes started pouring in. Voice messages over WhatsApp were exchanged with our friends and families alike.

I rang up my parents, they loved the fact that their son didn’t forget to wish them while he was out partying.

Day 2- The next day we planned to leave for trekking early in the morning, although after being through a difficult night of alcoholic beverages and tattles, we couldn’t get the chance to see the sunrise.

Riding through the hills was the best part. I had a hunch that just like in Rishikesh, I might again come across a minor accident, but then I chose not to tell them, after all, I didn’t want to freak them out.

All the time the road trip seemed a surreal experience. We reached Mullaynagri hills, while we were parking our fancy Honda Navi bikes which stole a lot of glances, Tanay inadvertently crashed into one of the ice cream vans parked there. It pretty much turned out to be funny and the downer of the trip because we ended up coughing some cash for the damage, in spite of the fact he pretended to be majorly injured.

To get away from the jinx, we anyway climbed the hills and took some good shots of the picturesque view. 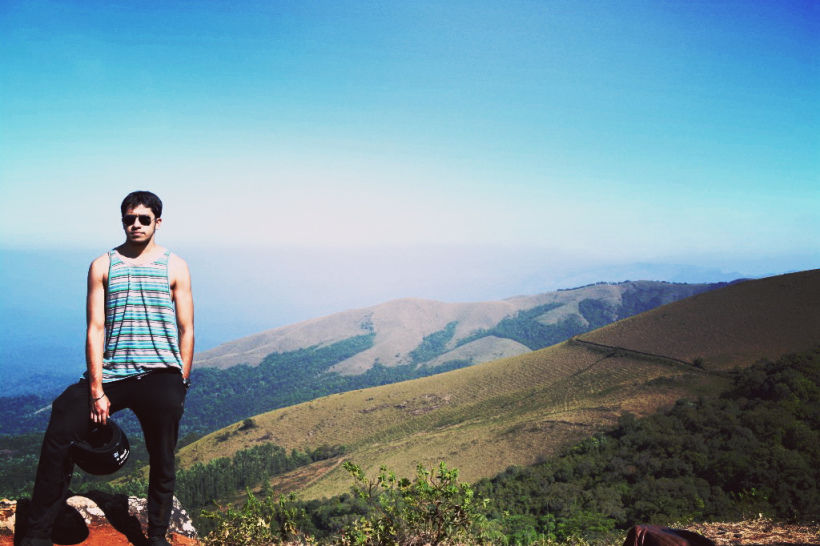 We drifted to our next pit stop, the waterfall, where only a jeep could take us through the dense forests and it was about 3 miles far from where we parked.

We took care of the bikes that we dented and then crashed in at Chikamagalur’s only finest coffee lounge CCD. And mind you it was our first meal of the day.

We gave back our bikes to the owner in the best shape we could, needless to say, we didn’t tell them what we actually went through.

We still had to spare 3 hours before we boarded our bus. Yuvraj came up with a crazy idea of watching a Kannada movie and then in the following minutes we bought ourselves 3 tickets for 40 bucks each. Anyway, let me tell you it was an empty theater which made us sprawl our legs on the front row seats. 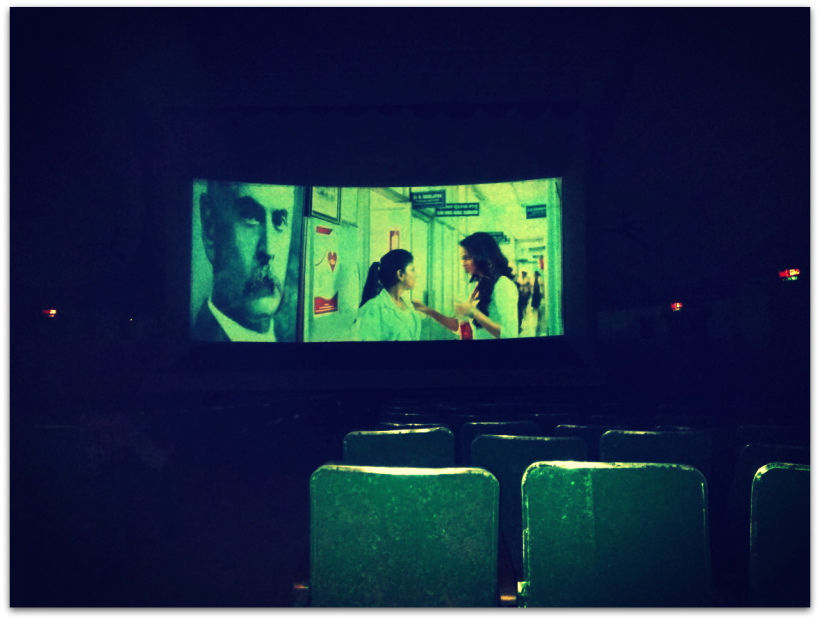 We quenched our thirst with some more soft drinks and filled our appetite with palak paneer and kadhai paneer. Afterward, we boarded the bus and ended our trip on a high note.

My Recommendations to Stay, Eat and Explore