Amidst the mystery: Travel to Orchha and Khajuraho 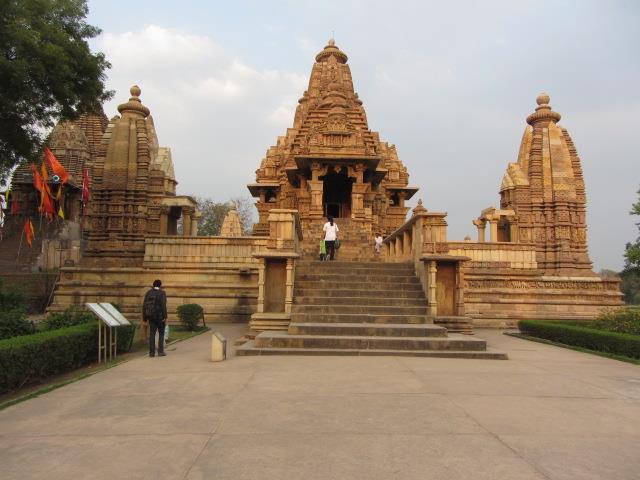 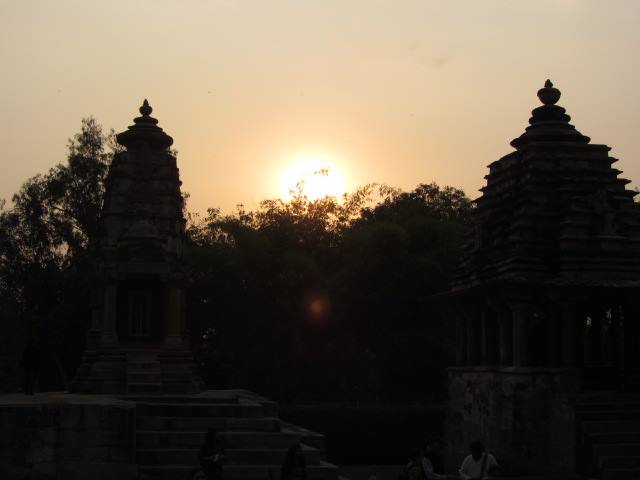 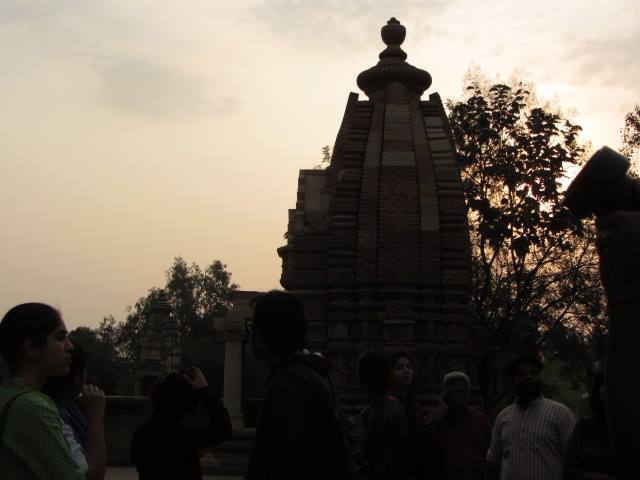 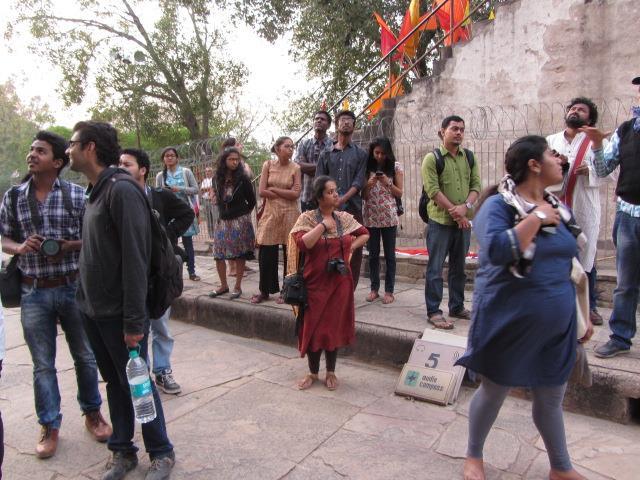 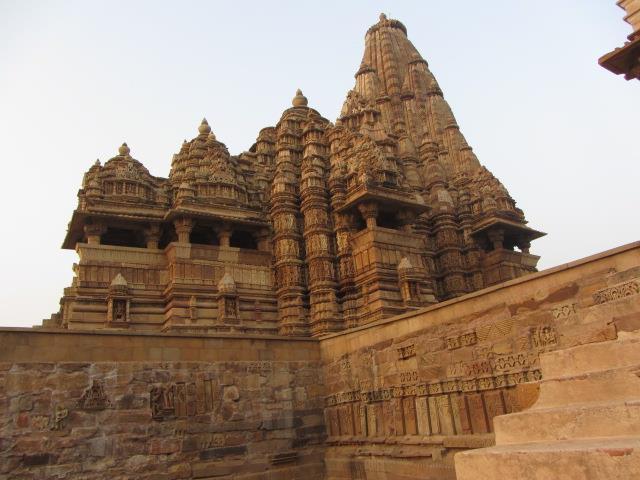 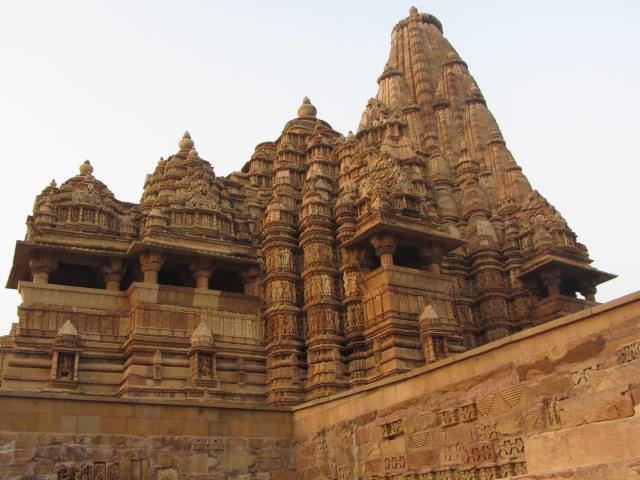 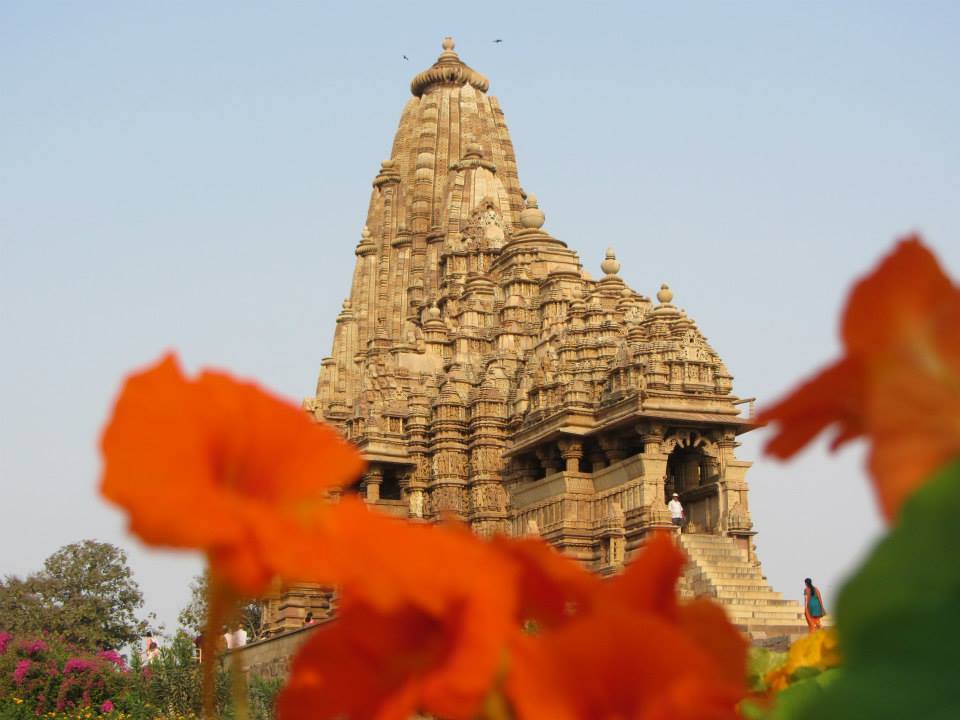 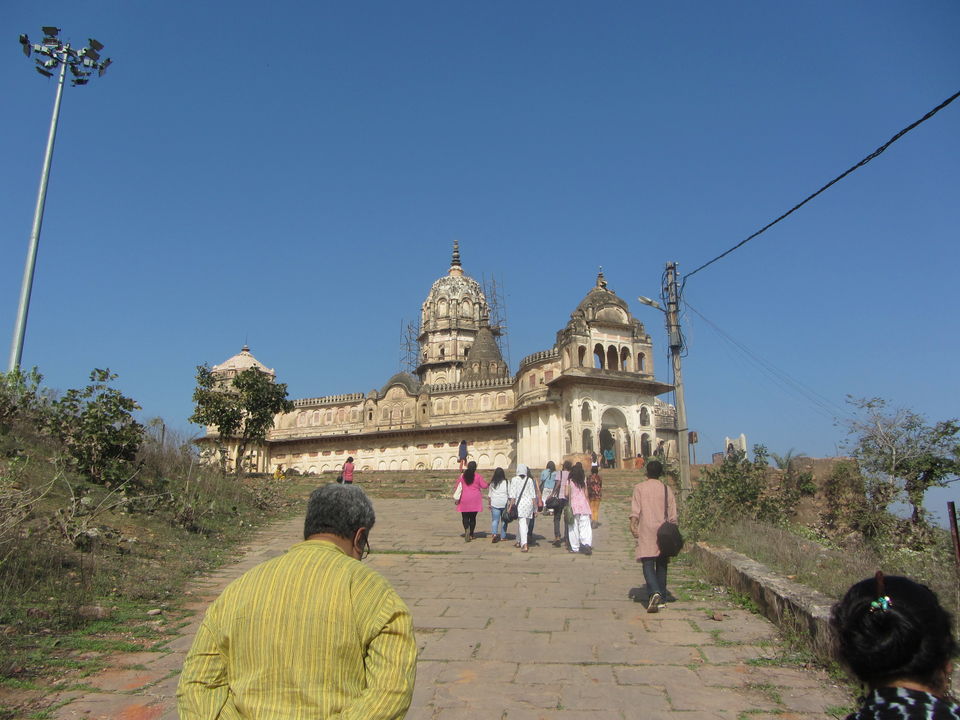 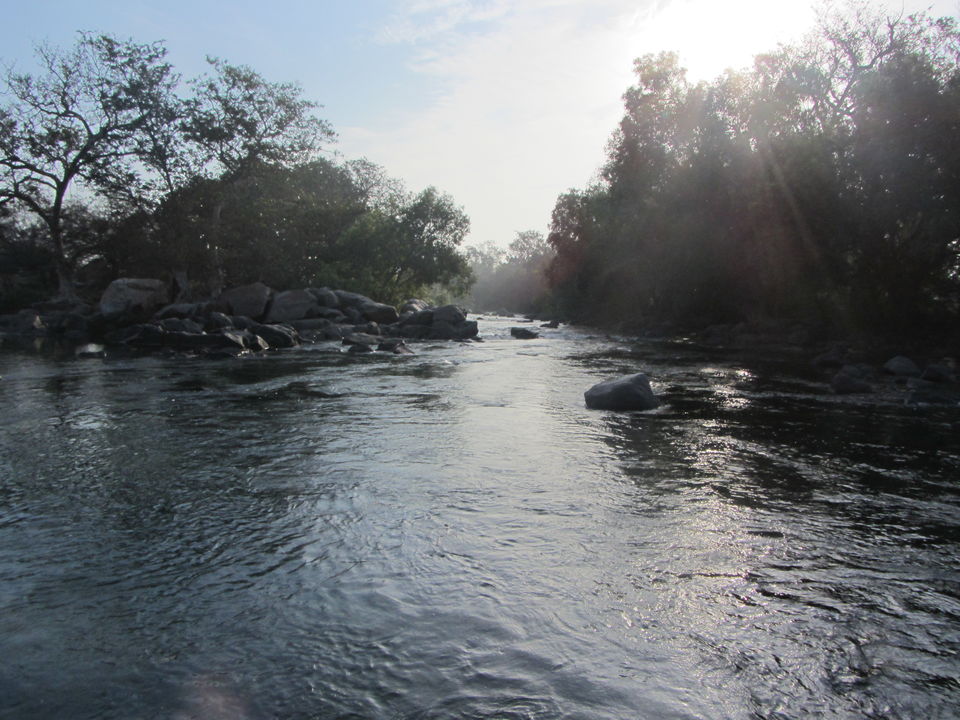 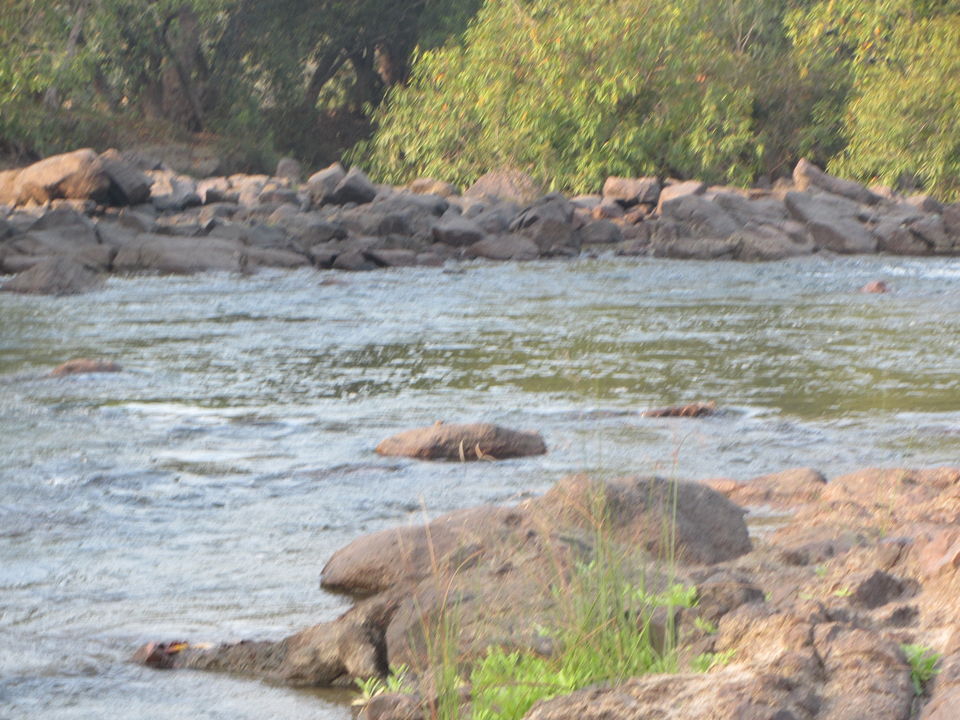 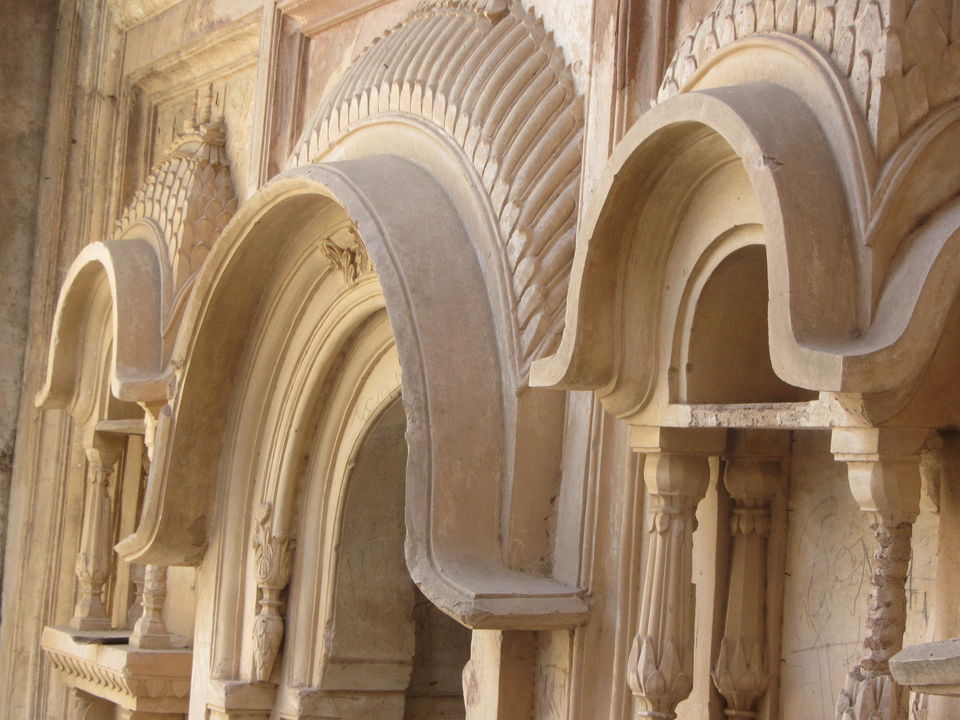 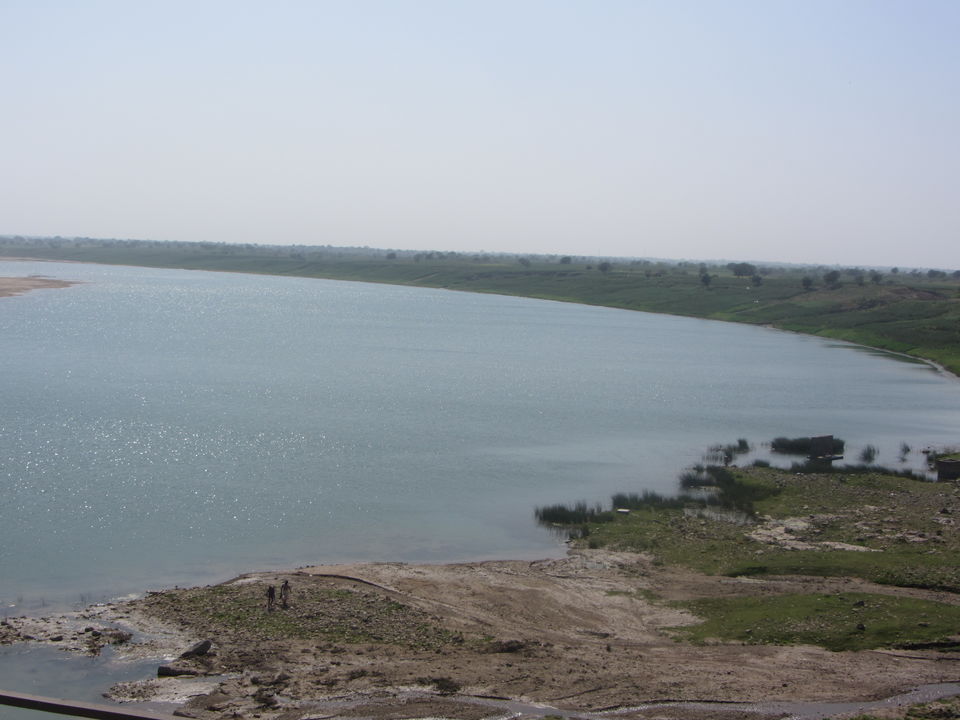 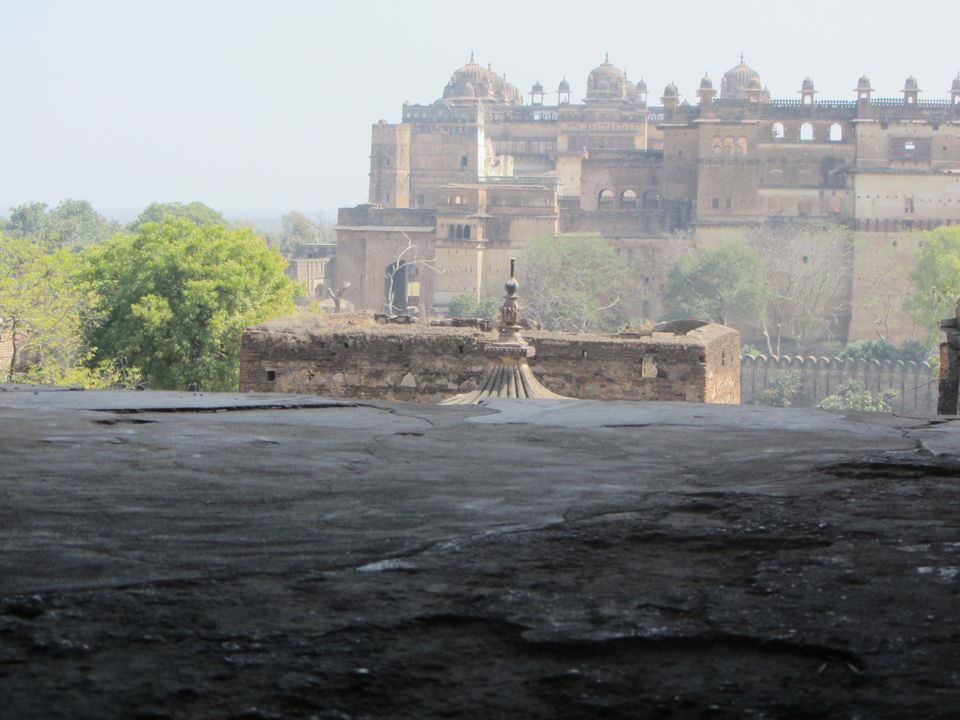 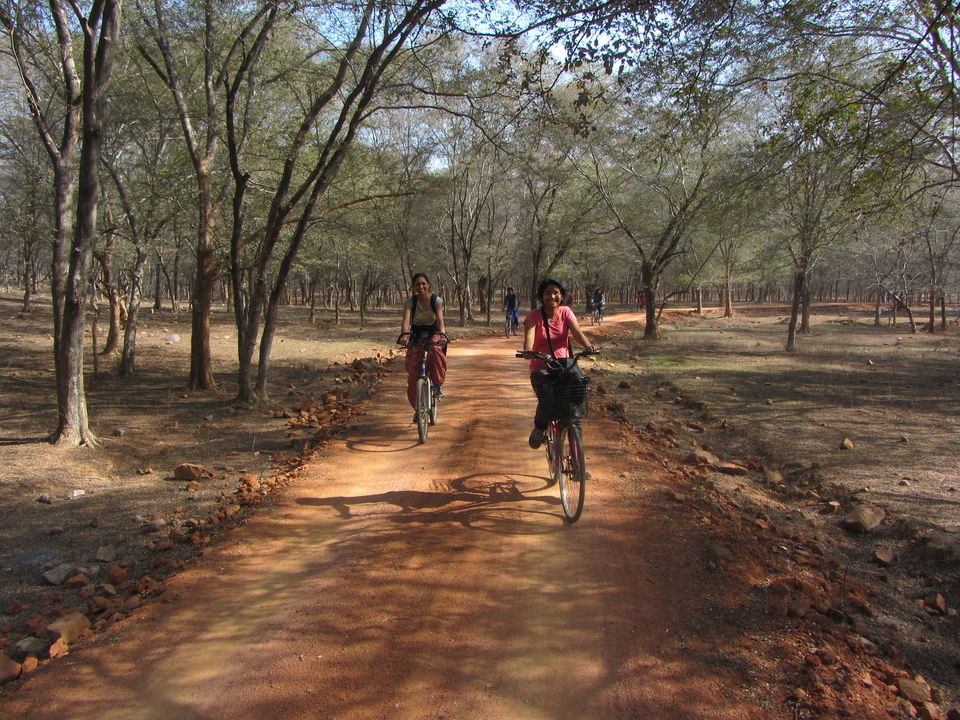 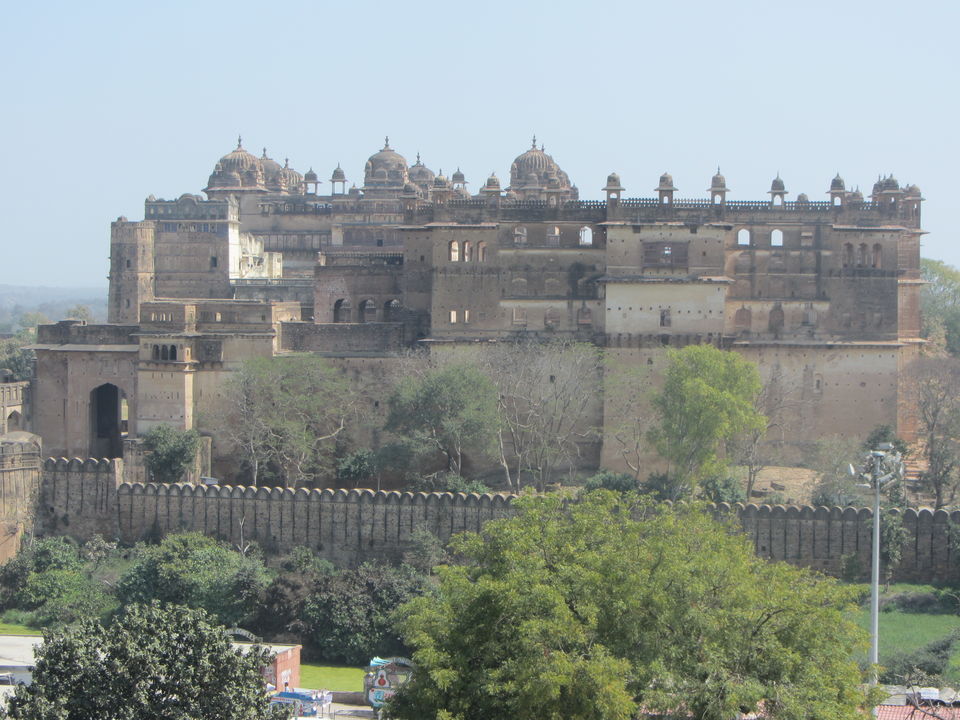 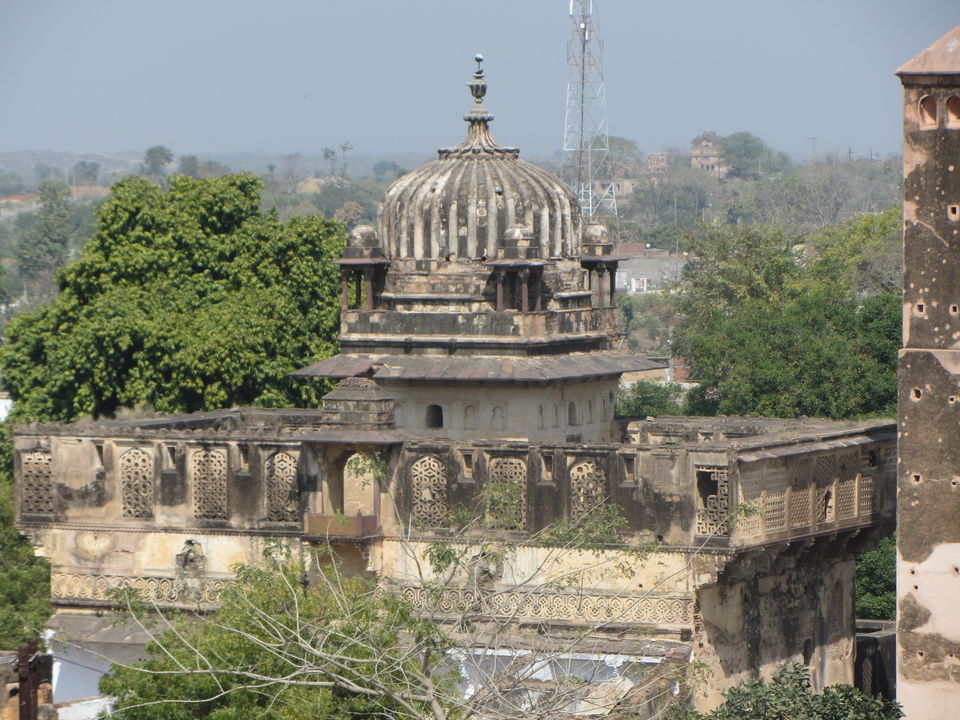 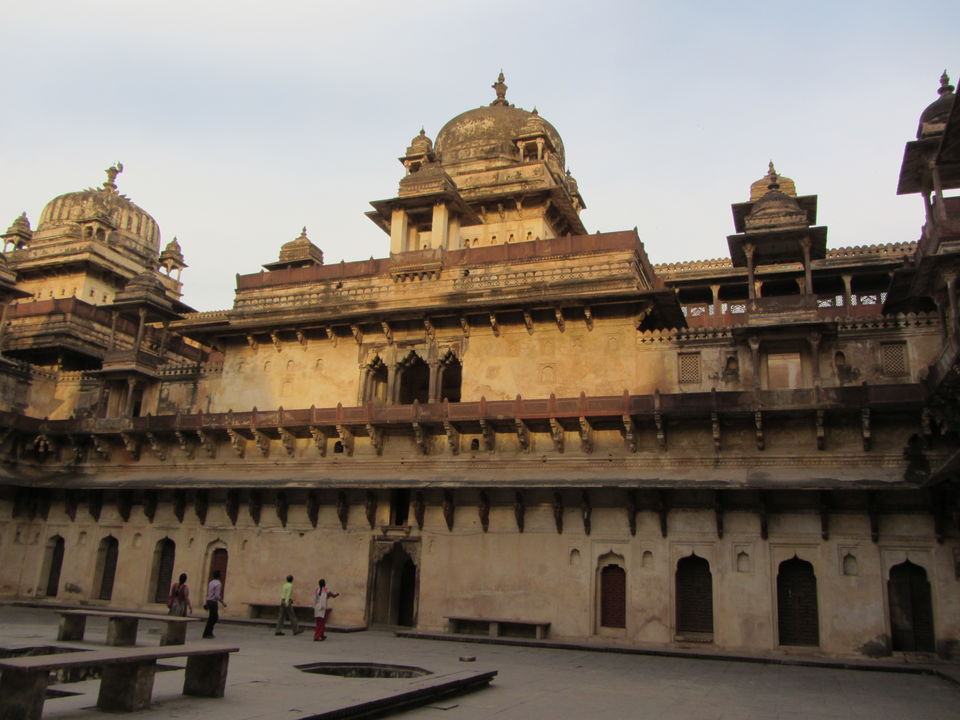 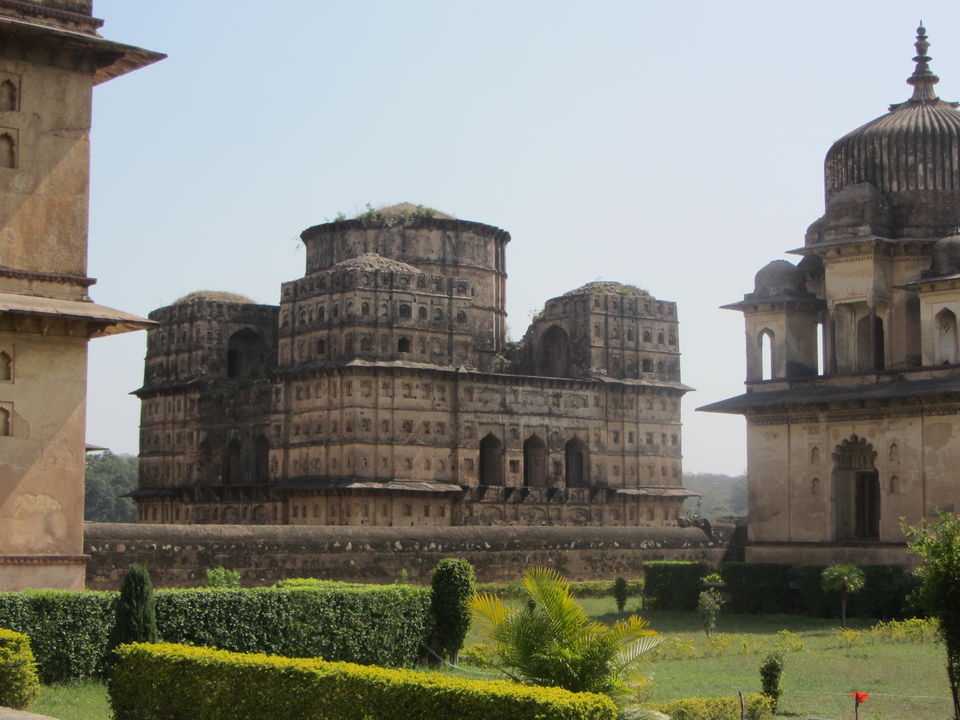 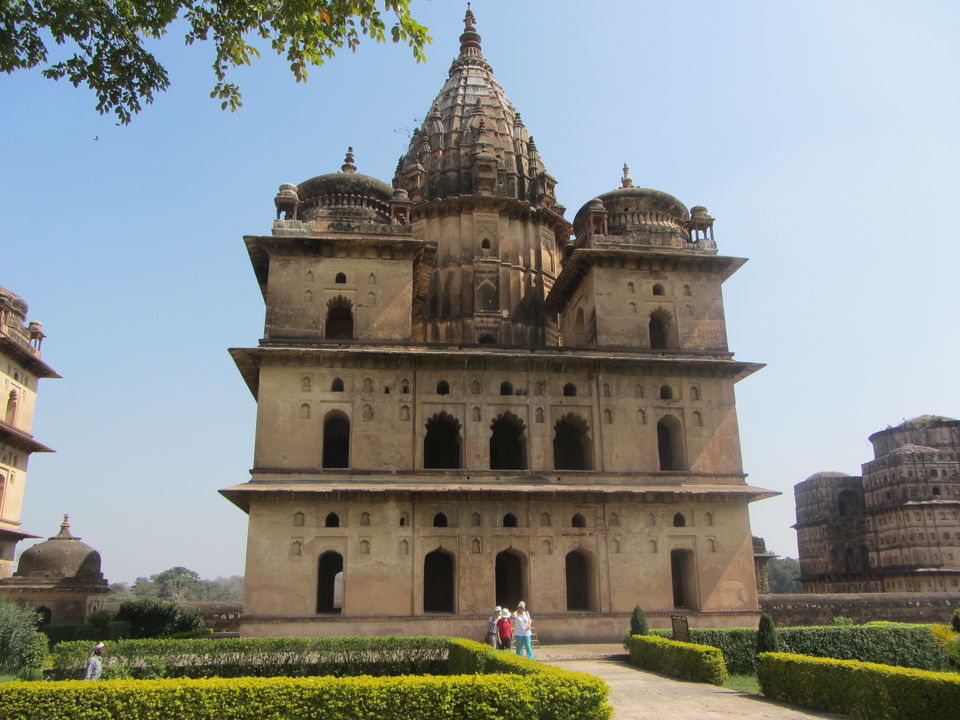 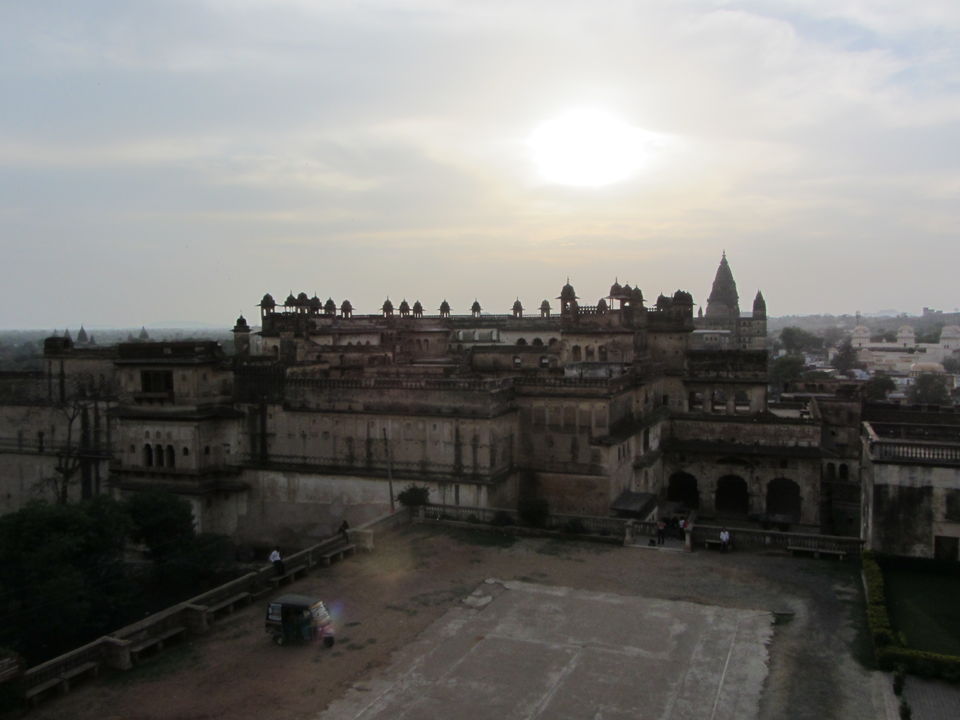 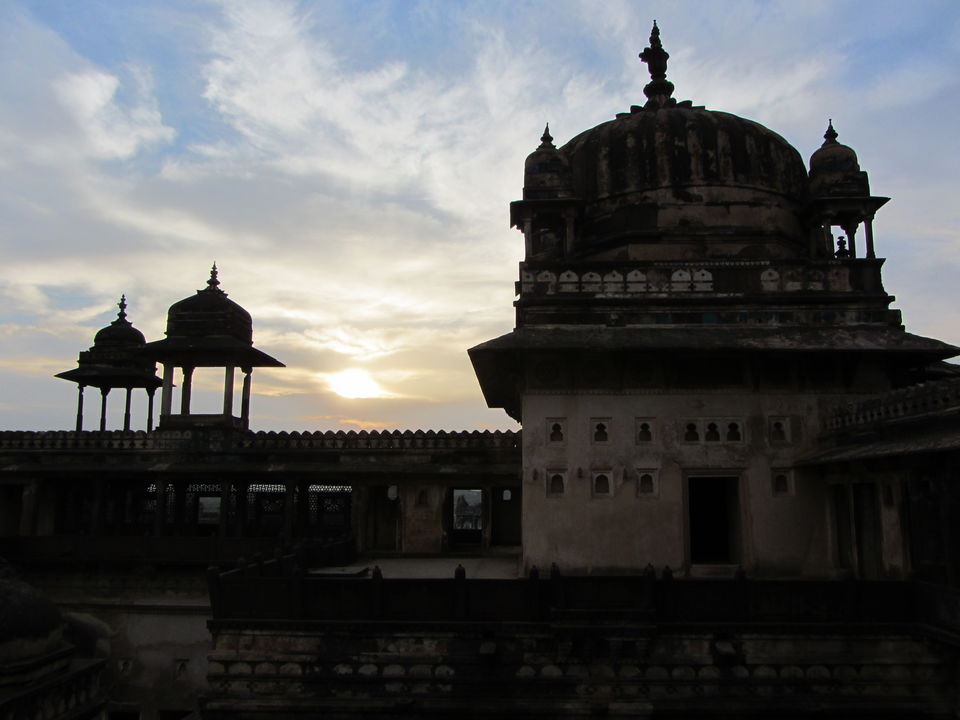 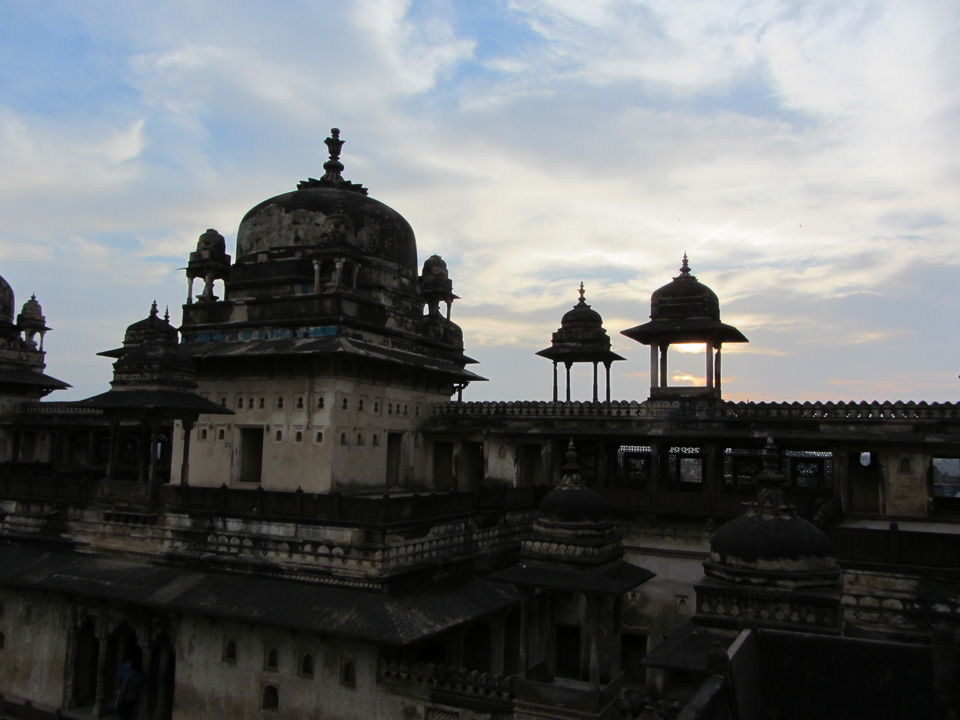 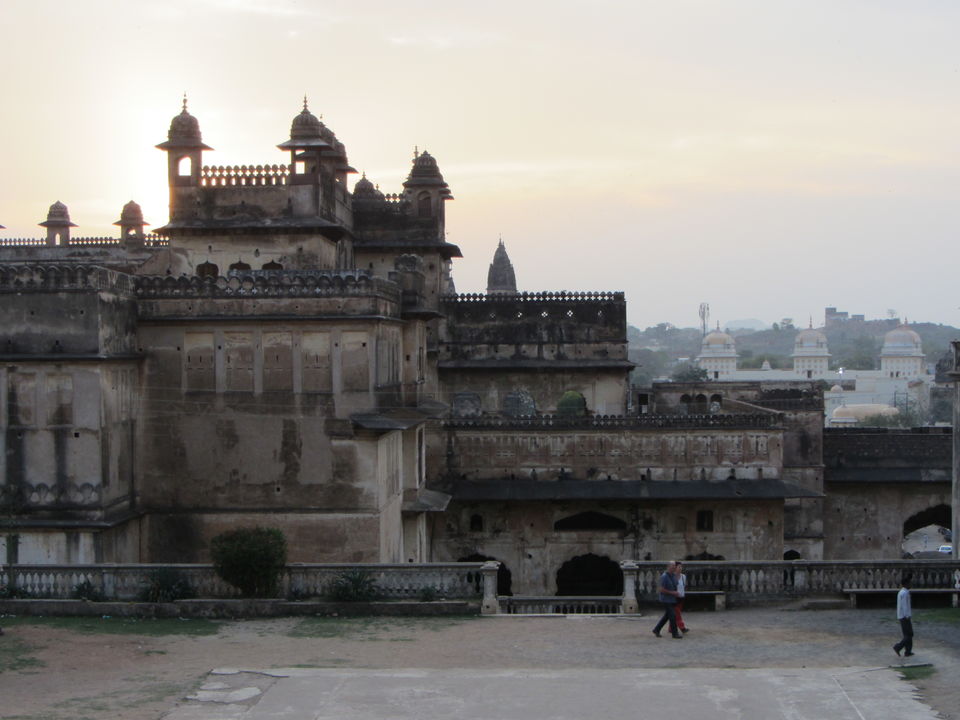 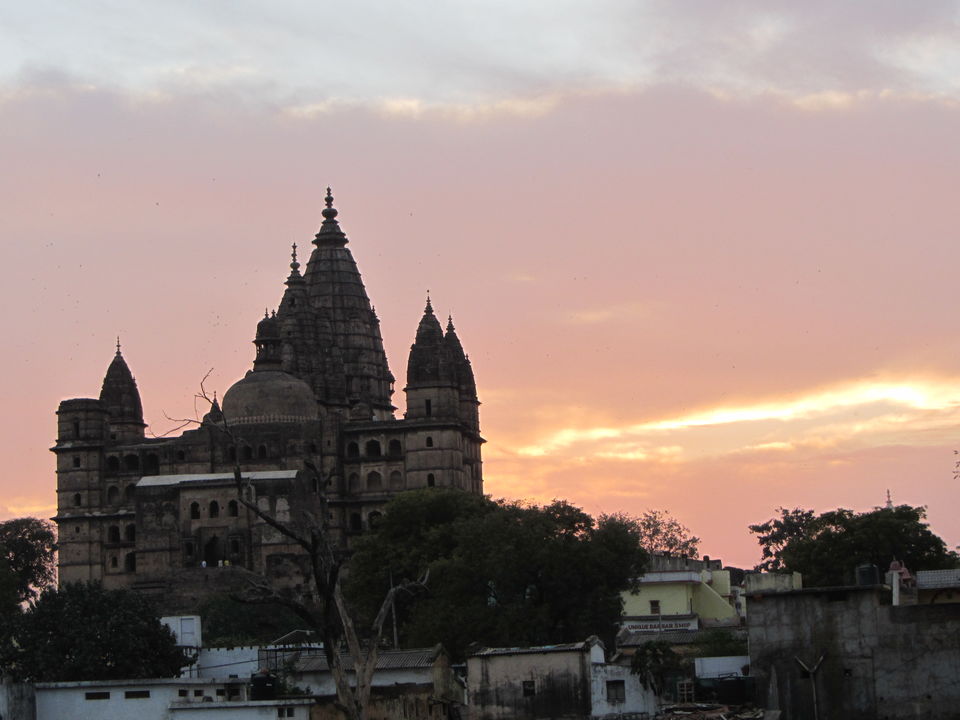 It was a struggle to sleep the night before my journey began. I packed my bag and kept toiletries handy. Subsumed by excitement and anxiety my imagination wandered over the borders of facts and fables. Vividness of the images in my head kept me awake. Thrill made me restless, I don’t know exactly what it was, but there was something different about this trip.  May be that it was my last college trip or may be that it was our first trip together.

When I reached the campus there were very few people present, even the bus was not in sight. Most of us were running late as usual. Some must have been packing through the night and others must have been collecting essentials for the fourteen hours journey. Those who thought that they should spend the night together to avoid missing the bus must have indulged in ecstasy and forgot to set up alarms. Ones who were given the responsibility to get booze for the travel couldn’t have fought the temptation well. Sitting at the bench waiting for the bus I wondered about the panic with which their morning must have began. It was amusing.

In the centre state of the nation are the towns Orchha and Khajuraho, which were the places of our excursion. Situated in Madhya Pradesh are the magnificent temples built in medieval India. The temples of Khajuraho offer the site where one could be the spectator to the amalgamation of faith and art, of spirituality and life, of religion and science. It is the place where the diversity coincides. These temples are amongst the most popular world heritage sites of Central India. Khajuraho is known for its ornate temples that are spectacular piece of human imagination, artistic creativity, magnificent architectural work and deriving spiritual peace through eroticism. Orchha is blessed with natural beauty, Chambal river flows through the heart of the town. It becomes the magnificent backdrop for the ancient forts and palaces.

It was an incredible journey. Earlier the mere thought of fourteen hours inside a bus made me dizzy, but reality was quiet opposite. Everyone took their seats and the territory was marked. There were clear divisions within that small space. The atmosphere inside the bus was strange, it was difficult to tell that it was because of lack of sleep or everyone was preparing themselves to be patient. But, this sulkiness was soon replaced by the melody flowing through the mouth piece, as Sanjana played ‘ae dil hai mushkil jina yaha, zara hatt ke, zara bach ke, ye hai bambai meri jaan…’ As the roads unrolled in front of us, joints were rolled inside. When the smoke travelled to the front rows, it allured a few and the back of the bus was now a hang out point. Window panes were pushed aside to let the wind mingle with the smoke. Some leaned into their chairs, few fluttered the pages of their books and others plugged in their earphones, ready to be consumed by music. Well, I was sitting with a note pad and a pen looking around to make the first entry. But what was there to be written down. Nothing was extraordinary to note.

After travelling the entire day we reached Orchha, our first destination. It is situated on the strip along the river Chambal. A small town, with elegant monuments and glorious past. Despite of being a tourist spot the towns shuts down quite early. It was around 11o’clock that we left our hotel to look for some restaurant for dinner. The choice was limited.  We climbed the iron staircase and landed ourselves in Open Sky. A roof top restaurant ran by a middle aged man called Mani. People in Orchha are warm and friendly. It took me just one dinner to be friends with the owner and the staff. In Orchha they do not expect a large crowd and hence unlike in metros they do not cook food in bulk. Everything was prepared freshly as per the order. Also there was very little man power. Due to all these factors it took them a long time to serve the guests. We placed a lavish order and it took them almost an hour to serve us. It was when we needed forks that I went down into the kitchen and they didn’t mind me at all. I offered help and they were delighted, that is how I made my first acquaintance in the town.