My family and I seem to have gotten this penchant for going down “roads less travelled”. We don’t go exploring places ‘untouched by human intervention’, but we like places which are slightly different. So this time, we decided to go to Madhya Pradesh, The Heart of India. And it was beautiful!

The trip was planned meticulously because we didn't have too many days, but wanted to see quite a few places. We chose to explore the northern part of MP, namely Gwalior, Shivpuri, Orchha, Khajuraho and the Panna National Forest Reserve. Each of the places is brimming over with historical richness and natural beauty. We stayed at MP Tourism hotels at all the spots (we made a day trip to Panna and didn't require accomodation there, though MP Tourism has a hotel there too) and they were quite good, with special mention to the gorgeous hotel at Orchha.

One of our 'Special Finds' on this trip was the tiny fort, Surwaya Ghadi. It's tucked inside a narrow road from the highway on the way to Orchha from Shivpuri. Most people don't know about it and there is no commercialization of the spot. But because of this very fact, the moment you enter the place, it takes you back in time. The stone carvings were gorgeous and if I were to compare them to what I saw in Khajuraho, I would say they were just as brilliant, though not as well preserved.

The main attraction of the trip was definitely Khajuraho, a World Heritage Site. And it did not disappoint. Lots to see and lots to learn; Khajuraho is so much more than just erotic sculptures as it is usually marketed. I would suggest not hiring a guide, because they will tell you only what they think everyone wants to hear. If you genuinely want to learn about the Khajuraho temples (yes, they're all temples), try going in for the Son et lumière show at the Western Temple complex. And in the morning, rent an audio guide from the tourism kiosk right next to the ticket counter.

A tip for travellers to Madhya Pradesh - it's a huge state, with numerous places to see. Divide your trip into parts so that you have time to concentrate on a specific region at a time; this will give you the opportunity to actually experience each spot rather than just rushing from one spot to another.

Our trip to Gwalior was mainly to see the famed Gwalior Fort. It is a wonderfully majestic place, with a view of Gwalior city from the fort ramparts. Inside, there is a lot to explore; you get to see the Man Mandir Palace, Saas Bahu Temple, Teli Ka Mandir and the Gopachal Parvat. On the way out, you get a peek into the Scindia School grounds too!After exploring the fort, we made our way to the Scindia Palace, where a part has been converted into a museum. There is also a side building where you can go and see the royal dining room and a beautiful sitting room above it. Gorgeous structures and regal interiors! 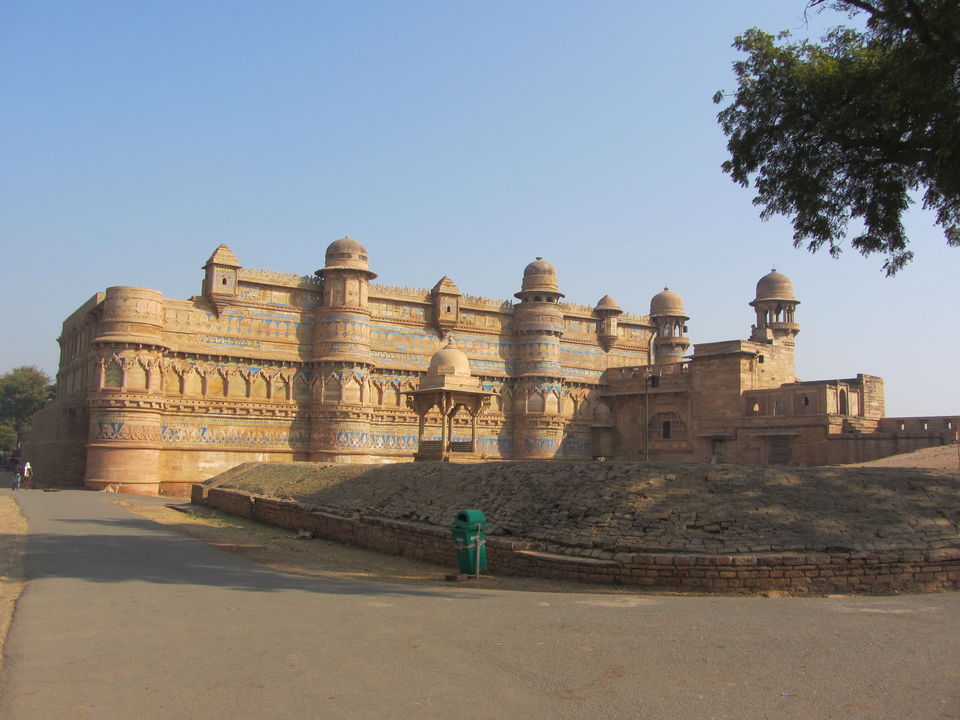 Shivpuri is the quiet, serene erstwhile summer capital of the Scindia royal family. It is most well-known for its Chhatris (cenotaphs of Scindia royals). 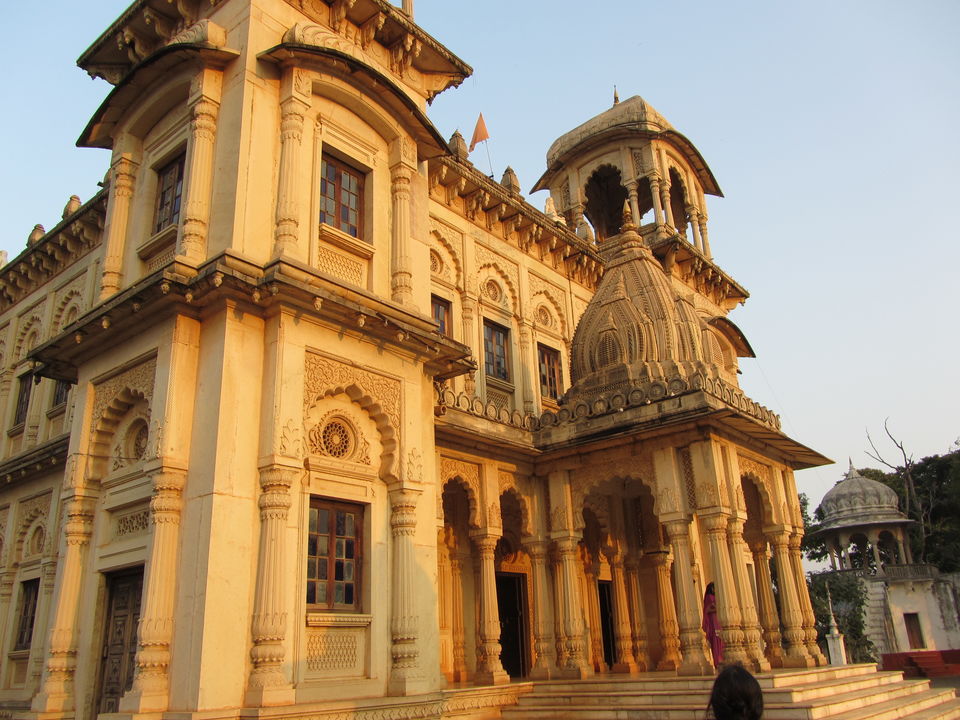 Surwaya Ghadi falls on the road between Shivpuri and Orchha. Wonderful place...lots to explore! 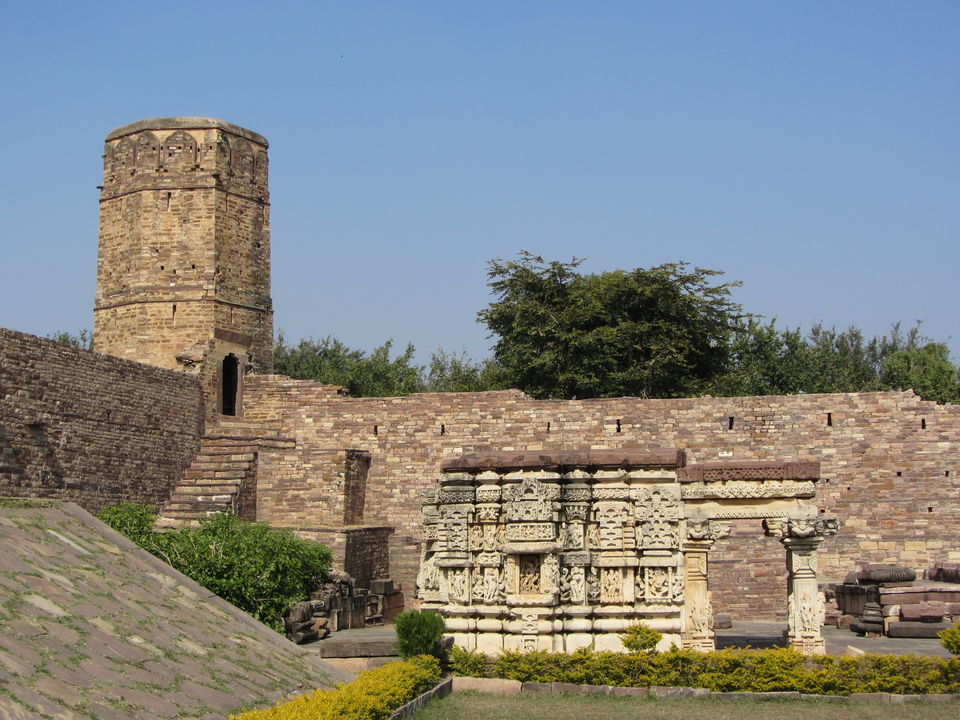 Majestically and naturally beautiful. Orchha is famous for its riverside chhatris (cenotaphs), and for the Raja Ram Temple here. The place is very peaceful and very pretty. Quite a few places to see within the small little town. 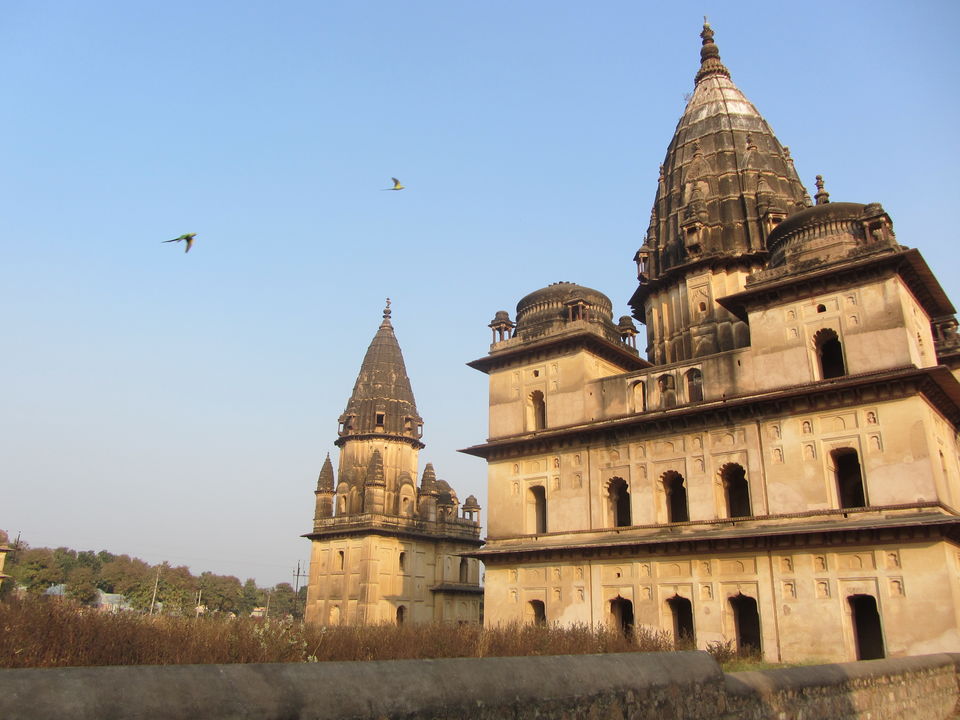 No description is needed for Khajuraho, a World Heritage Site. Wonderfully preserved temple complexes which take you back to a bygone era. A celebration of the master craftsmen of centuries ago. 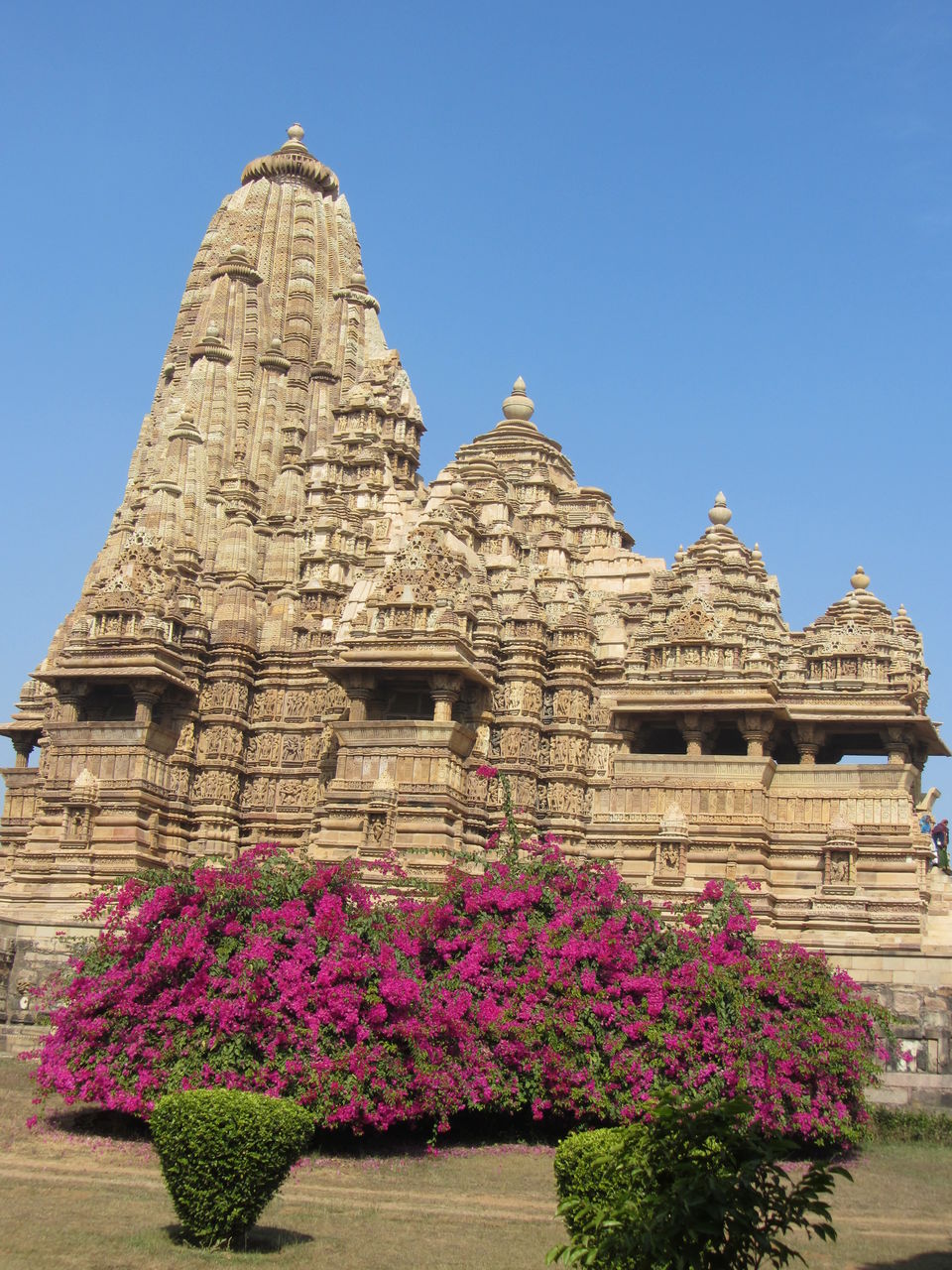 I love safaris and this one was fabulous. Though the tiger eluded us once again, we did see many more beautiful creatures, and the sight of the Karnavati River running through the park is a magnificent sight. 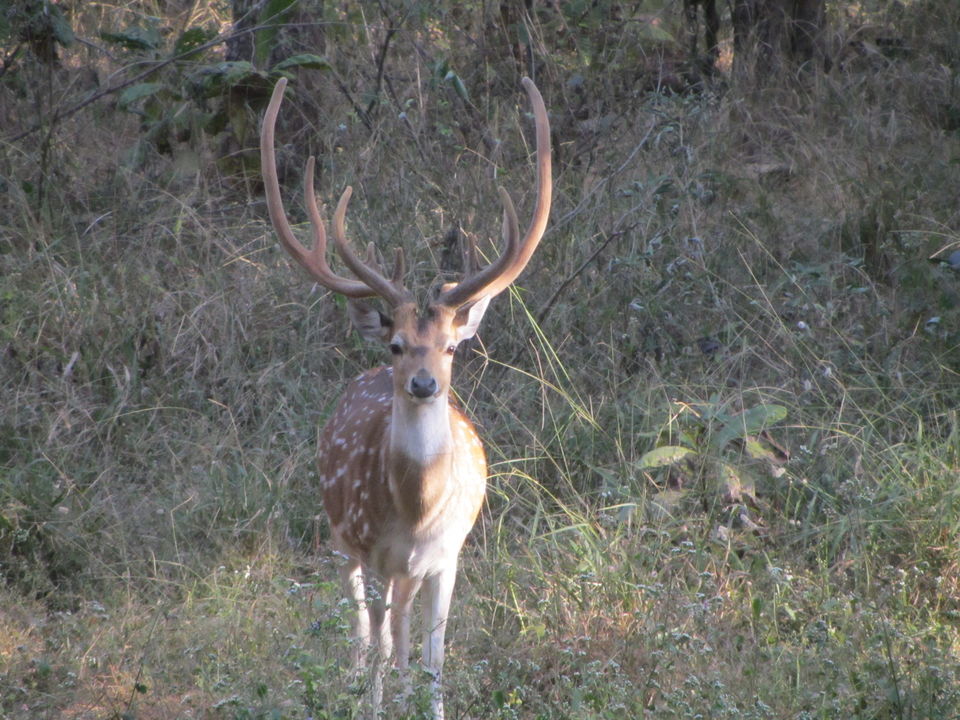