In the Hoshangabad district of Madhya Pradesh, perched at 1,065 meters above sea level, known as the land of five caves, "Pach"  "marhi," like most hill stations in India, was built by the British, and is a British Raj cantonment town.

The world's second and largest military music school in Asia is in Pachmarhi, musician soldiers are prepared here!!

The picturesque town is a part of UNESCO Biosphere Reserve, since May 2009 , home to leopards and bisons.

Captain James Forsyth’s expedition for land settlements for British India led to the plateau’s discovery 150 years ago!!
Forsyth campaigned for the preservation of forests as early as mid 19th century!

Pachmarhi was the capital of the tribal dynasty of Gond Tribe, known as Gondwanaland and ruled by them before it was entirely conquered by the British!

The region in and around Pachmarhi, as per Hindu mythology is also of great religious significance as it is believed to be the site where the Pandavas from the epic Mahabharata stayed during their exile. The caves in which they spent certain days are called Pandava Caves.

Pachmarhi is a naturalist delight and one of the most beautiful hill station in Central India!Undulating hills, cascading waterfalls, azure water pools, bridle paths leading to tranquil forest glades!
Mother nature has blessed with abundance, flora and fauna!!

Massive black volcanic lava which rise steeply from the trough of the Narmada valley floor to form the Satpura ranges, offer plenty of scope for quiet wooded walks!
Wildlife enthusiast and bird lovers will not be disappointed here.

Silence engulfs your very being and the beauty of nature leaves you in absolute awe!

An archaeological treasure house is Pachmarhi, here are some ancient cave/ rock  paintings from 500 - 800 AD!

Dhupgarh is the highest point in Vindya-Satpura hill range from where you can see beautiful Sunrise and sunsets!

Handi Khoh is a beautiful 300ft ravine, and has an importance to Lord Shiva!

The sacred Jata Shankar Caves are very popular, and boast of a natural Shiva Lingam! The rock formation in the caves resemble Lord Shiva's matted hair, hence the name.
As you approach the rock cut formation you find a lady unkempt, in rags,matted hair, she sits on the rocks selling oil for joint pain. As we moved ahead, she started singing and her robust voice, had nothing to do with her frame. You just stop in your tracks, her voice reverberating across the ridge!! Her singing "Om Namah Shivay" gave me goosebumps, and  a crowd slowly gathered to hear her!! Her singing continued as we walked towards the cave, her voice ringing in my ears!!
As one reaches down to the caves, the scene is nothing short of dramatic!
It's dim inside, and the natural rock formations resemble lingams!
Water drips from the ceiling and the floor is all wet, no one knows the source of the water, which is known as Gupt Ganga.

These caves are a must-visit for devotees, along with Bada Mahadev and Gupt Mahadev, which are close by to one another!

Bada Mahadev the oldest cave temple dedicated to Lord Shiva, is not as dramatic as Jatashankar, here Lord Vishnu took celestial form to slay Bhasmasur a demon! Located 10 kms from Pachmarhi a scenic drive later, you arrive at this cave, which houses a Shivlingam dating back to the 7th century!

Gupt Mahadev is interesting as only two people can enter this cave temple, one at a time, and that to sideways! It's a very narrow opening about 40 metres in length!! One can easily miss it, but for the saffron flags and tridents that draw your attention!

Pandava Caves are a group of five rock cut caves where the Pandava brothers took shelter in their exile. Later some Buddhist monks also stayed in them and meditated!

Mahadeo Hill is situated at an elevation of 136
metres, and is famous for an ancient shrine of Lord Shiva with a beautiful shivlingam! A pond on top is where the devotees take a holy dip!!

Apsara Vihar is most popular with tourists and locals picnicking! Deep in the jungles of Pachmarhi  this serene waterfall  cascades from a height of 30 feet forming a pool of cold water below.
It is said Draupadi use to bathe here!!

Bison Lodge is a pleasant little bungalow where Captain James Forsyth stayed, now a museum. Late Rajmata Vijay Raje Scindia of Gwalior was kept prisoner here during Emergency in 1975, before being shifted to Tihar Jail!

Christ Church with its beautiful Belgian stained glass panes, is a true colonial architecture of the British era!

Bee Falls provides drinking water to Pachmarhi, it's so clean and crystal clear!! The cascading water falls from a height of 35 metres, is a popular tourist spot!! It's a trek down to the waterfall, and a nice picnic spot!!

Duchess Falls crash over a 100 metres cascading and creating a roar bifurcating into three cascades!!

Chauragarh Temple can be reached by climbing 1300 steps, a shrine to Lord Shiva, one can see many tridents stuck in the premises here!

The other attractions of Pachmarhi, Forsyth Point, Reechgarh, Satpura National Park where one can see the Royal Bengal Tiger, Denwa Point.

Pachmarhi is well connected by road and rail and air from Bhopal in Madhya Pradesh and Nagpur in Maharashtra.
There are many options where one can stay in Pachmarhi. Madhya Pradesh tourism hotels are a very good. 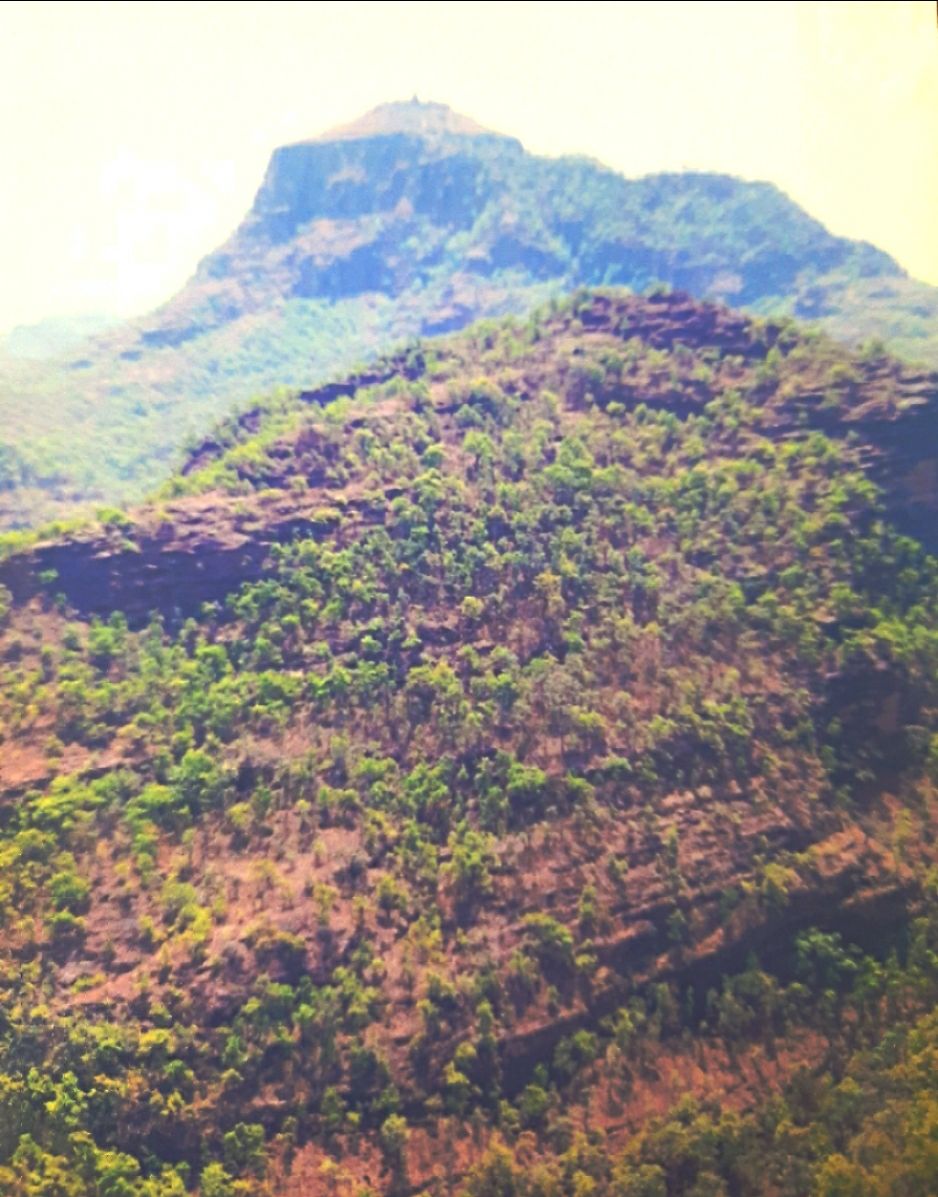 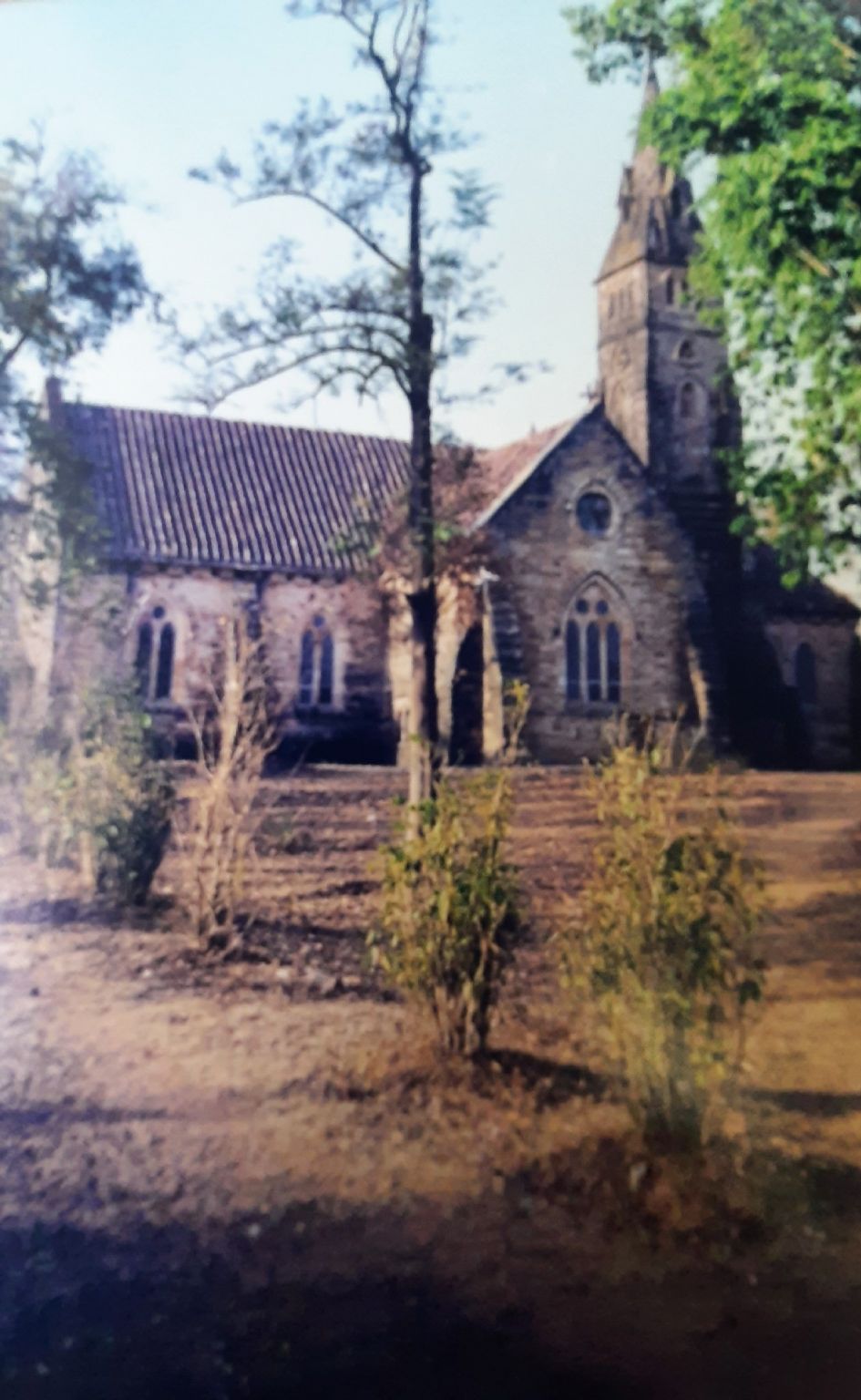 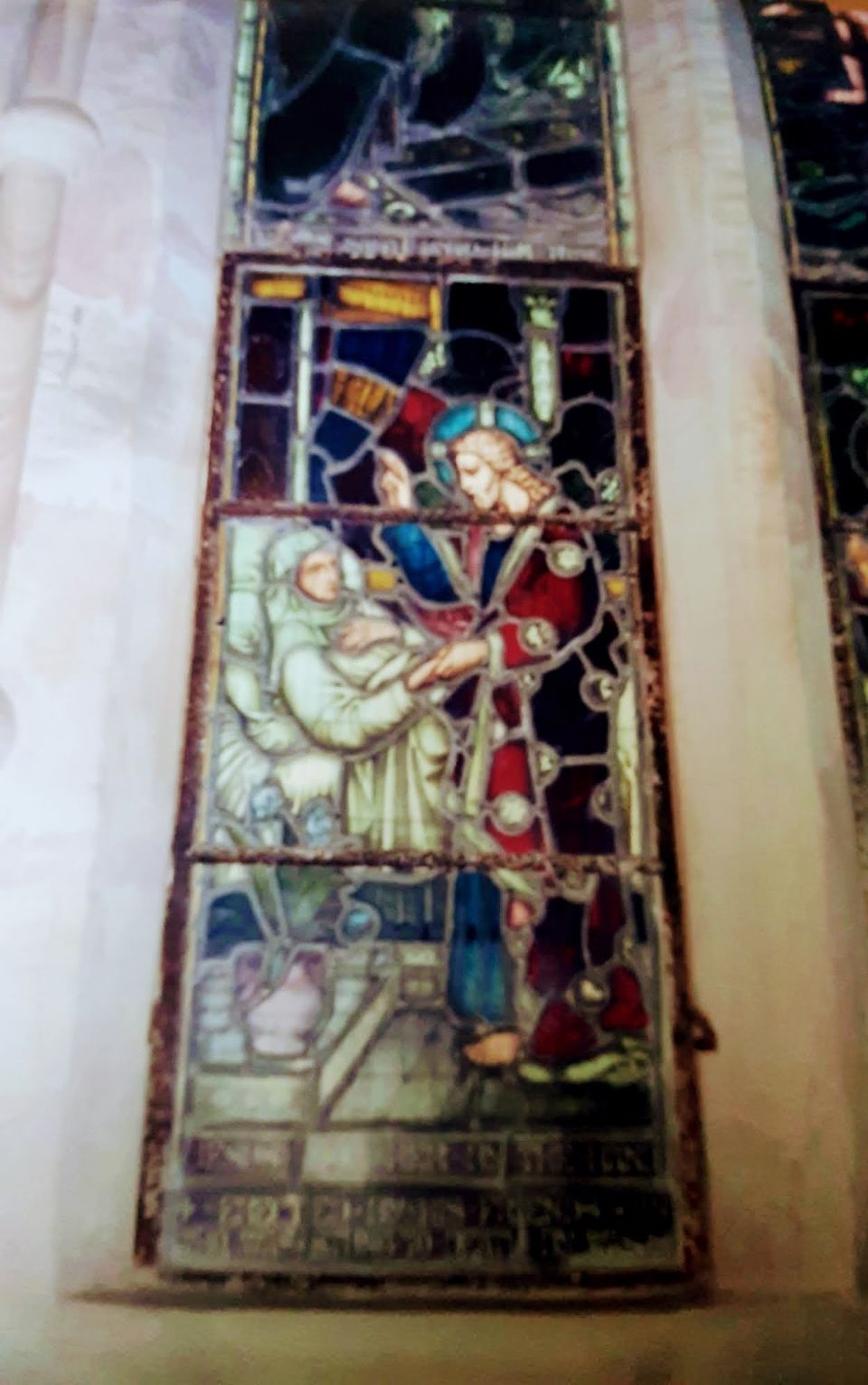 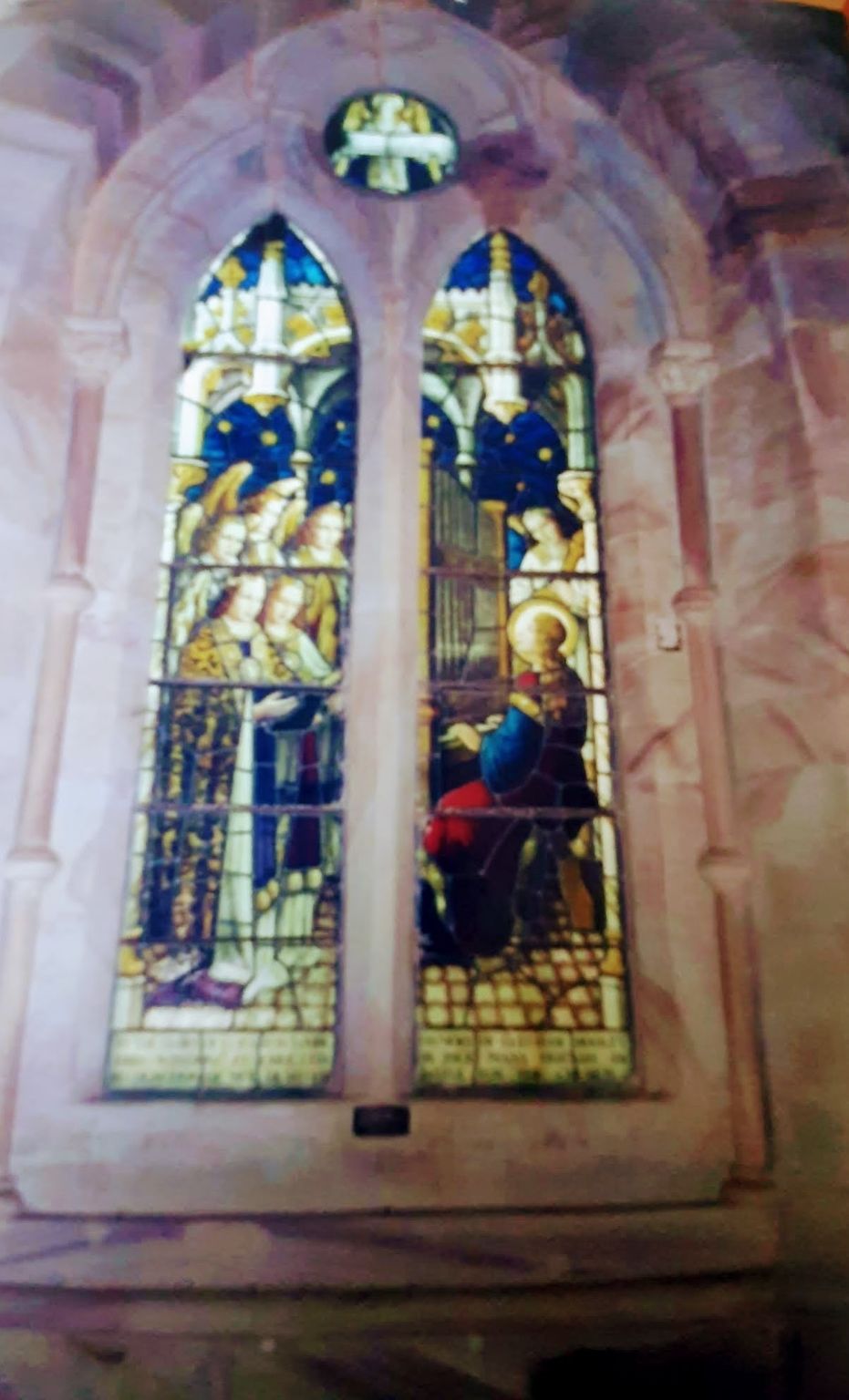 On way to Apsara Vihar 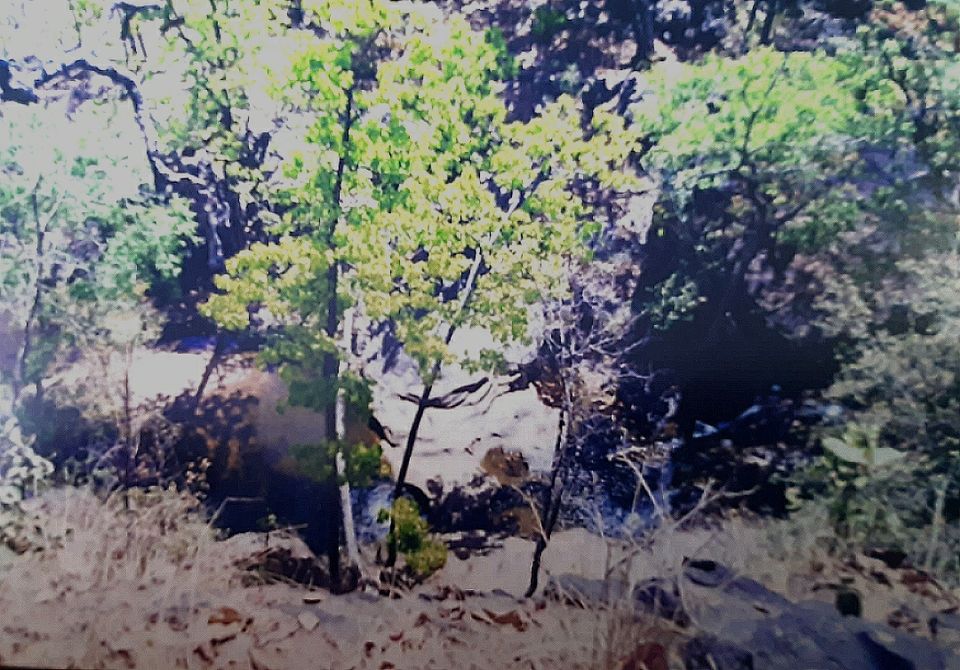 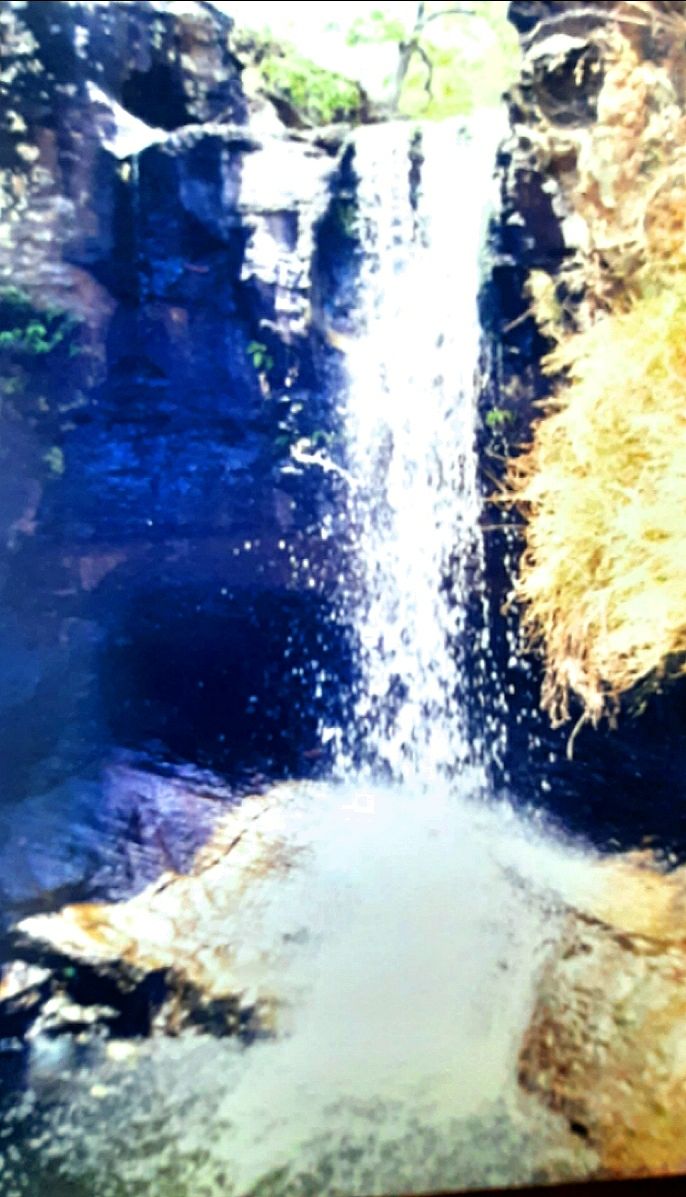 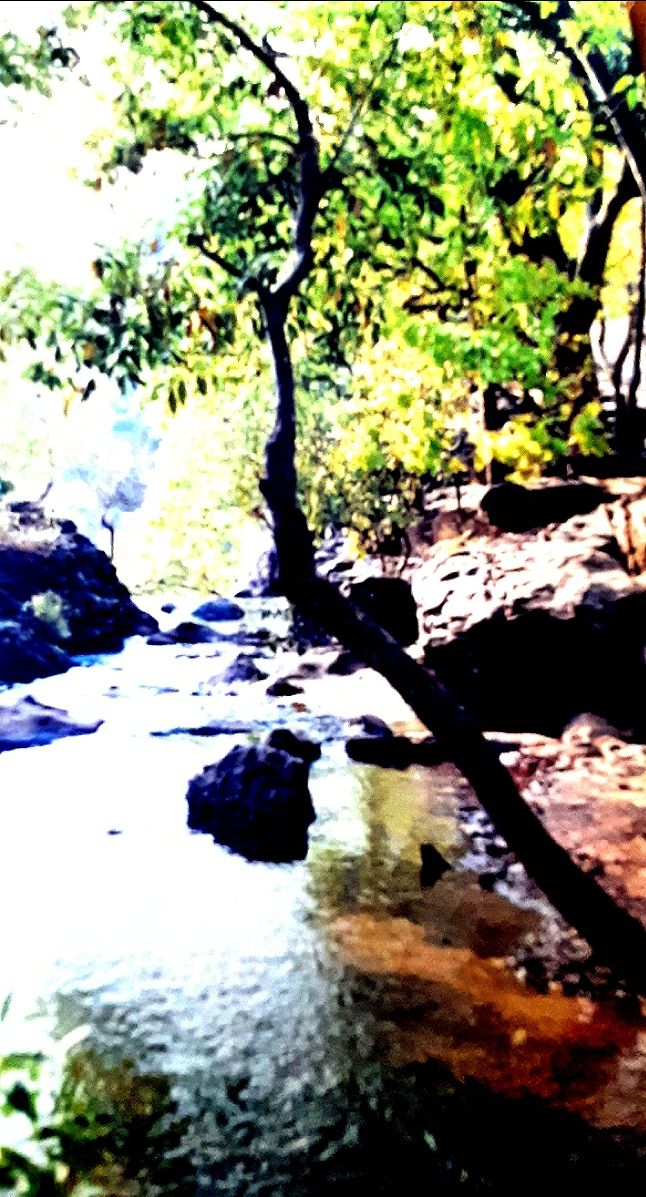 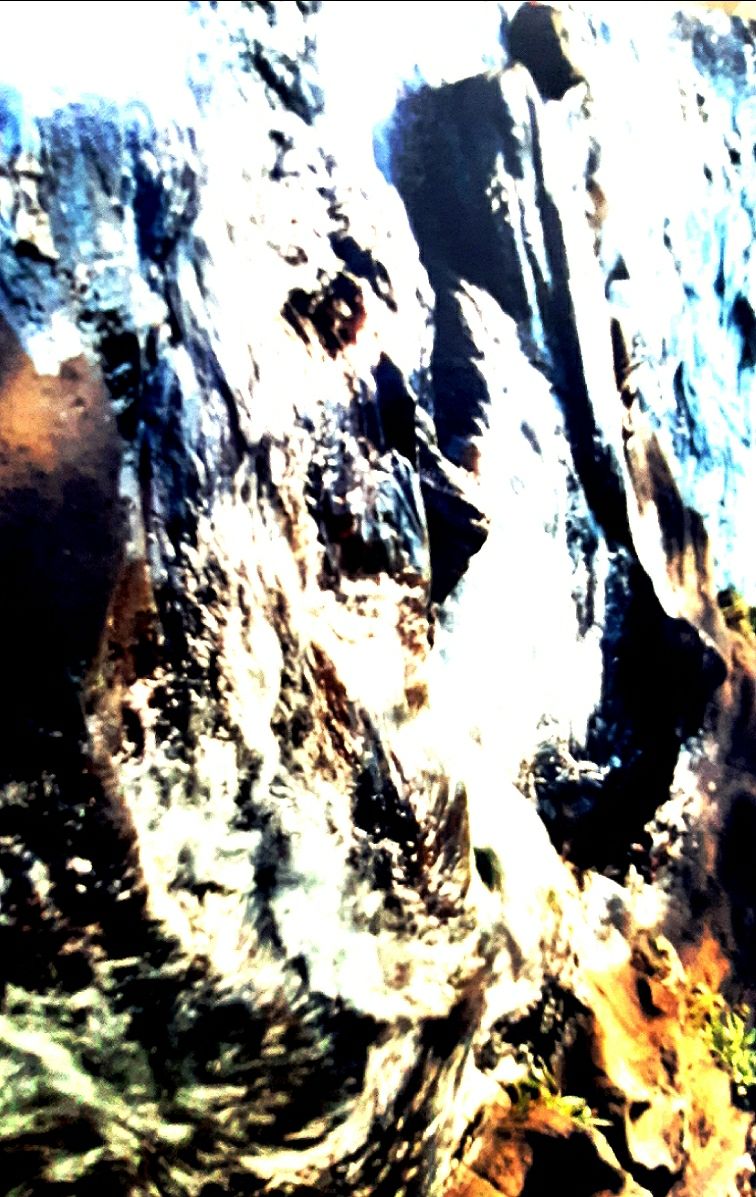 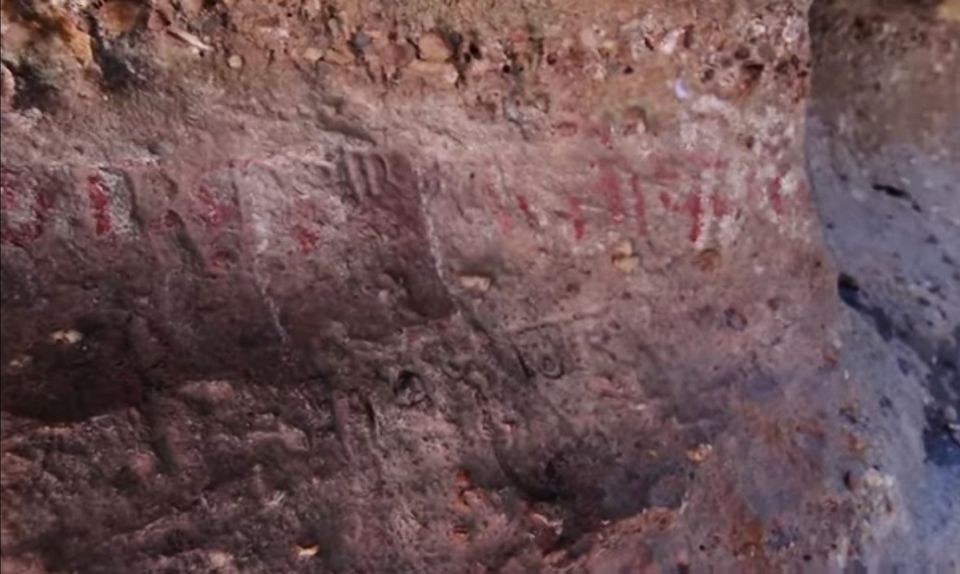 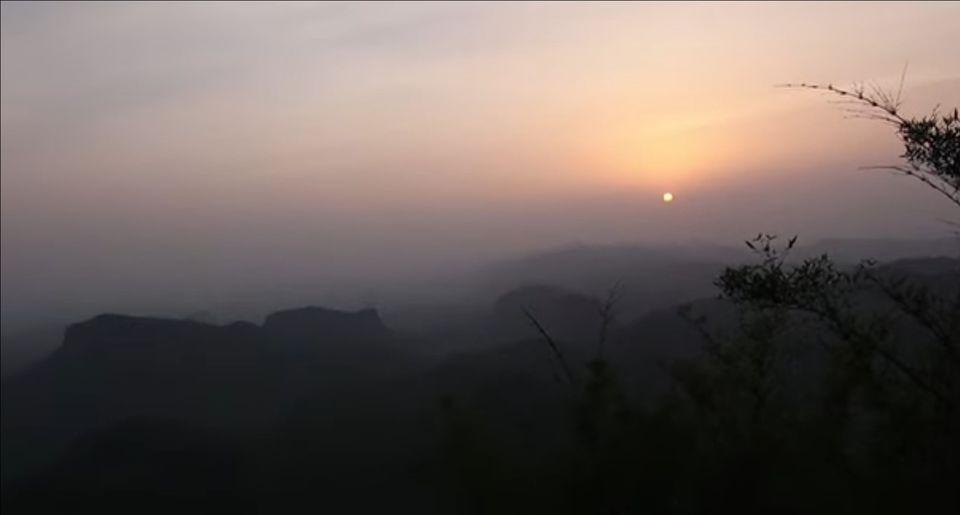 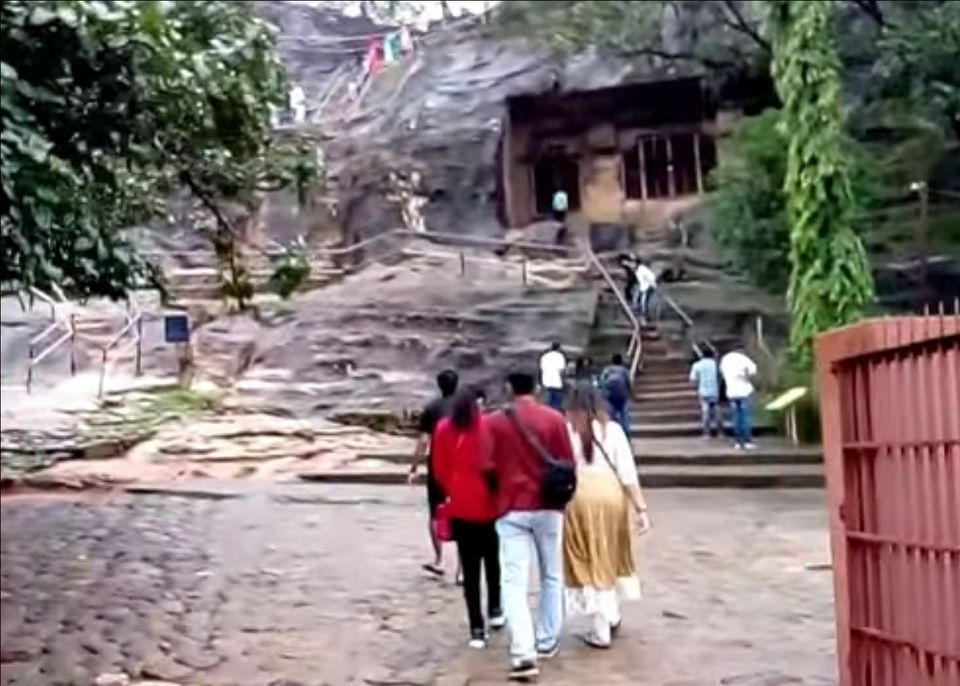 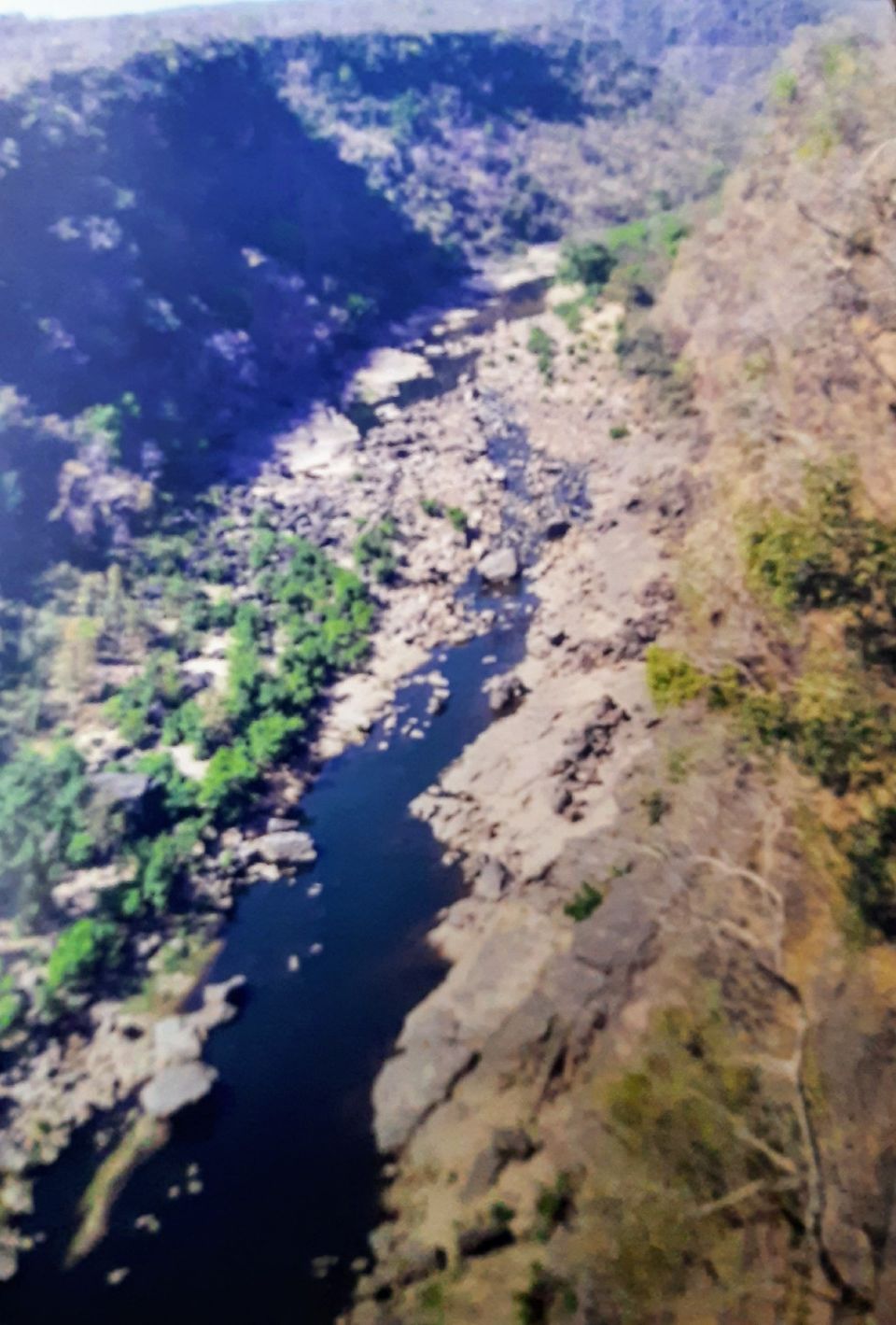 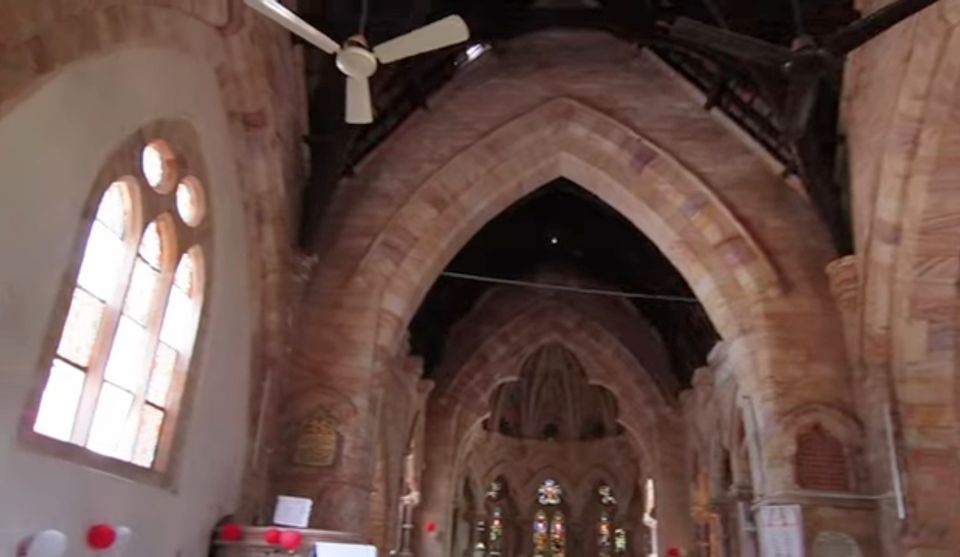 On the way to Jatashankar 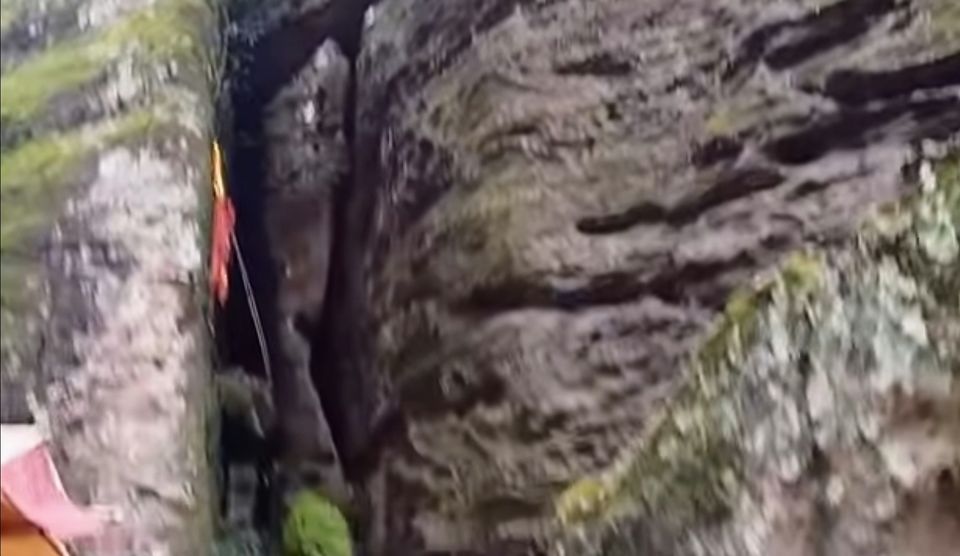 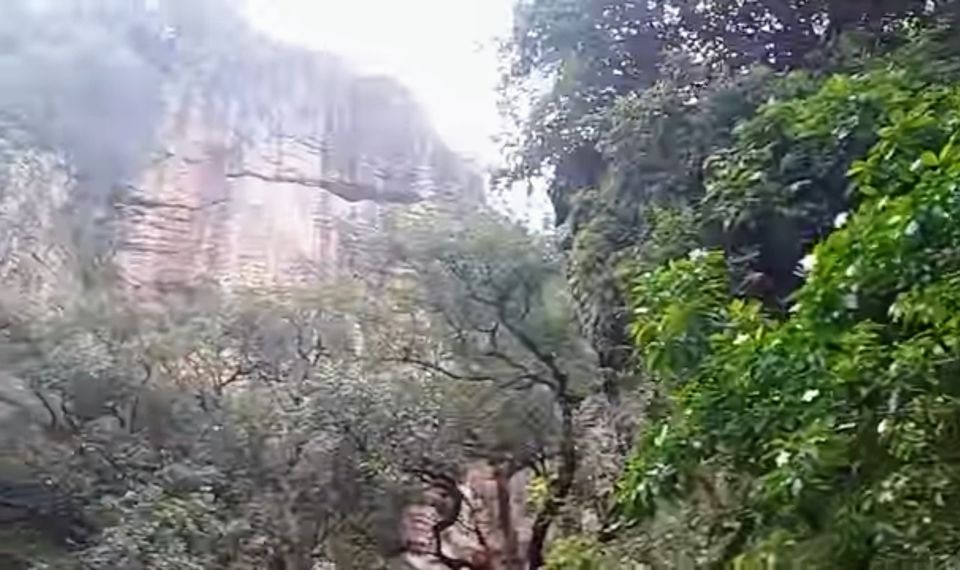 Beauty around as one approaches Jatashankar 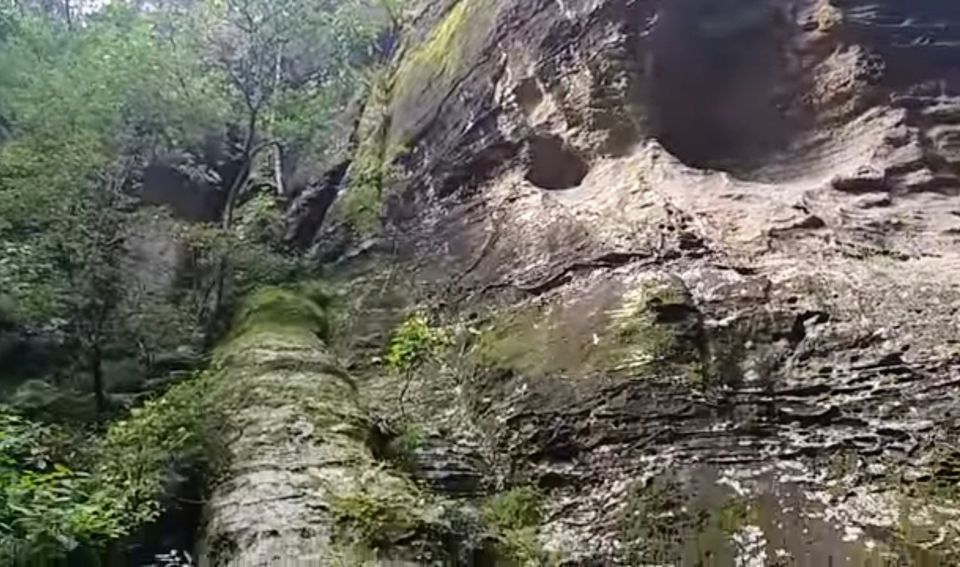 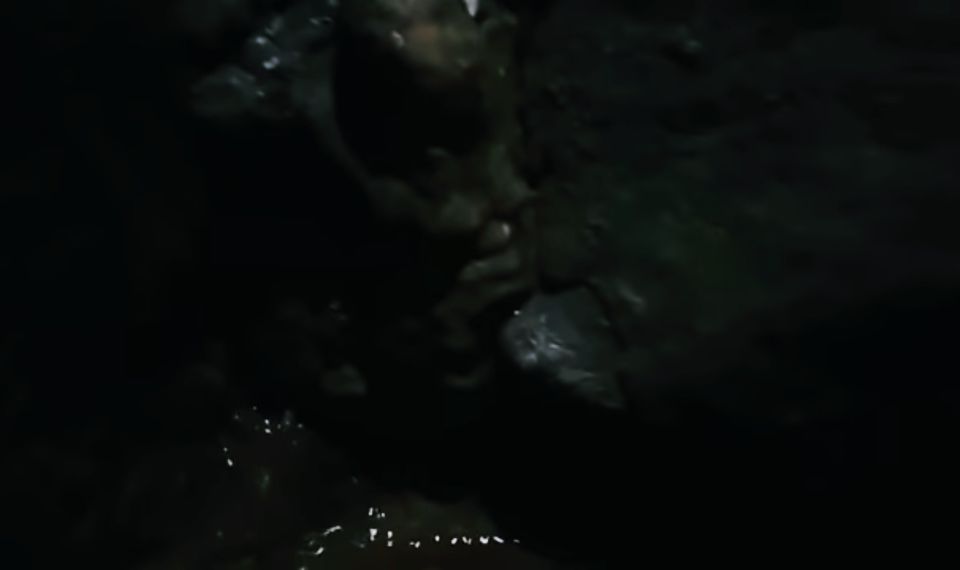 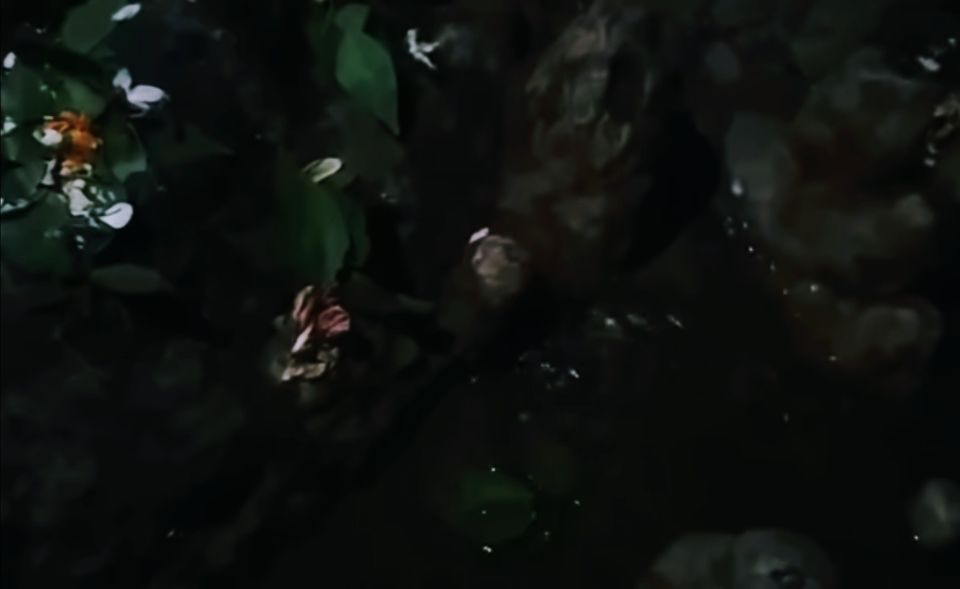 Pool of water collected in this subterranean cave ~ Jatashankar 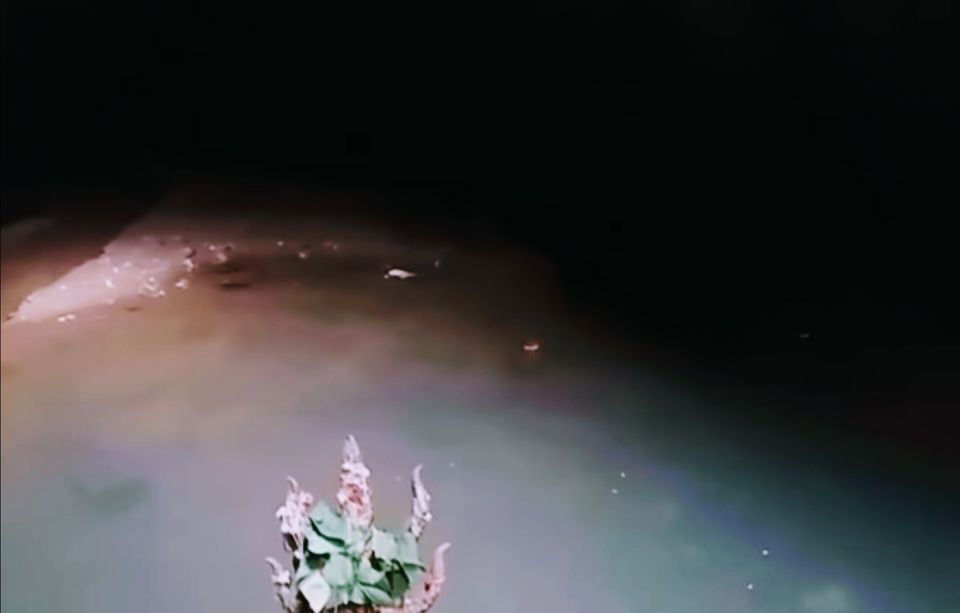 View as you near Jatashankar 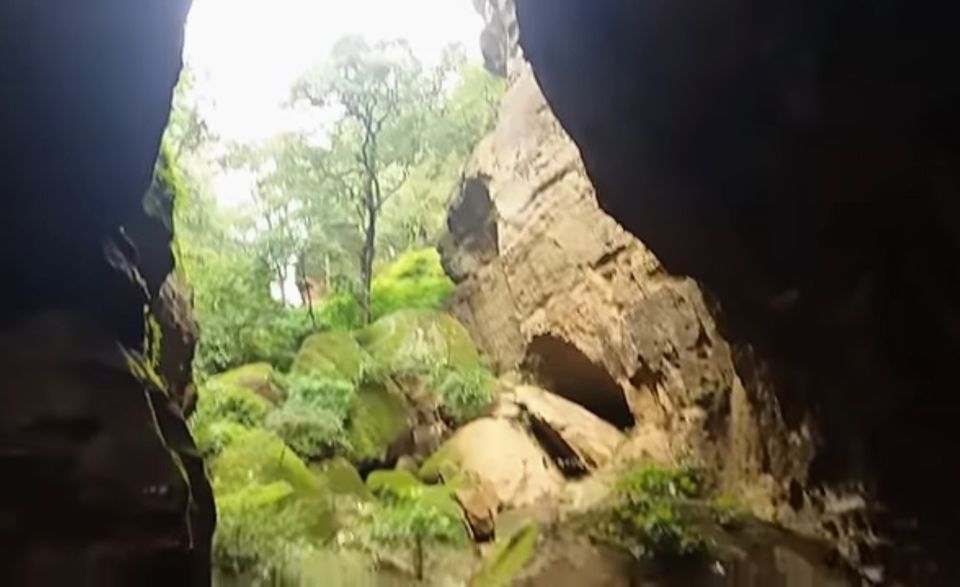 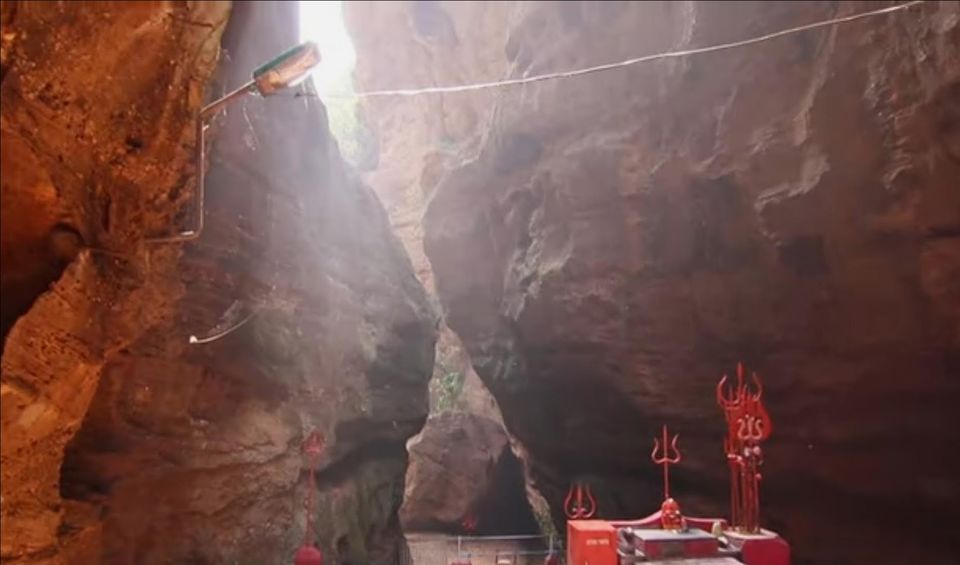