By Family On Wheels 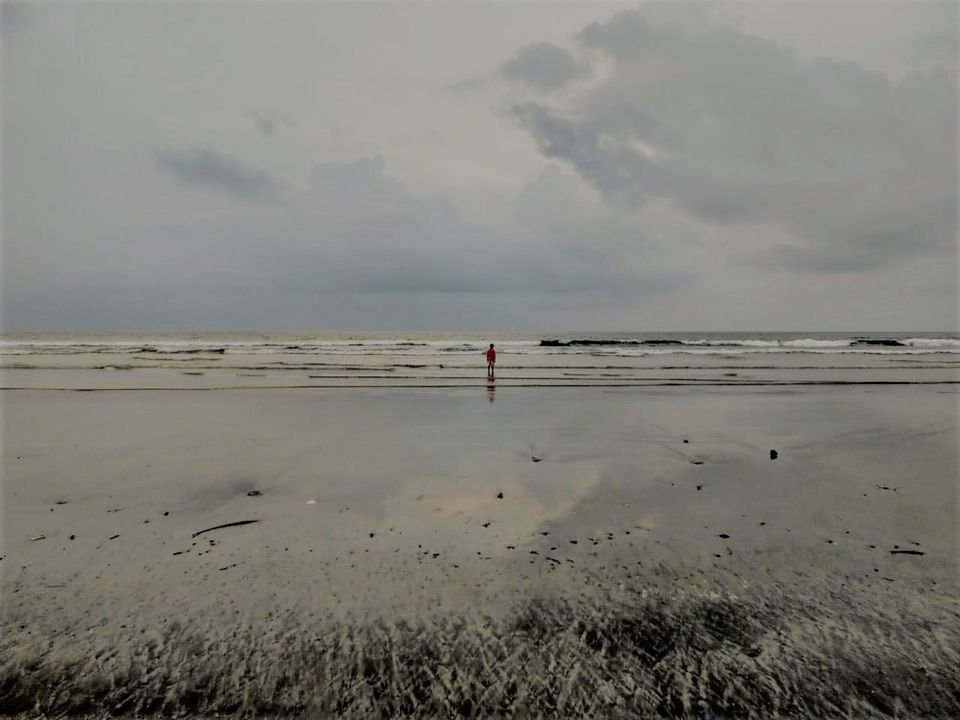 A hill, a beach and the sea, with a tiny cottage nestled at the bottom of the hill, solitary in the day, but with yellow lights, dim yet welcoming, after the sunset, our “demeure” for the 3 or 4 days at Dapoli. That is the only vision of Dapoli-Harnai I have had all these days.

Early in mornings with the fishermen docking, busy crows and busier dogs picking at their share from the fisherman’s catch, is when the beach is at its busiest. Afterwards, the occupants of a sole car perhaps, having tried their luck at driving on the beach and having failed miserably but almost always to their “utter surprise and disbelief”, seem to be the only group of people visible. There are a few families sometimes, bathing, laughing, talking, and shouting, but always distant enough from each other to give an impression of utter peace and solitude. Every once in a while, a horse or two or a bullock cart passes by, asking adults and kids alike if they would like a ride, but unlike at other tourist spots, they do not pester, a polite no is enough to send them on their way.

There would be the compulsory trip to the Kadyavaril Ganpati Temple at Anjarle of course, followed by a “surmai plate” and a “pomfret plate” at Petkar Bhojnalay. Sleeping to the sound of the waves, waking up to the sound of gulls, that beach, that golden sunset streaming into the rooms of Amit’s Konkan Trip BnB, that peace and serenity, all of that was what Dapoli was all about to me, and also, what made Dapoli a favourite destination of the entire family.

And then came the pandemic, with its lockdown and the fear and the nosediving of the economy, the sorrow of losing near ones, of not meeting friends and family for months, and putting a stop to all travel plans. Life, robbed of its usual vivacity, turned into a humdrum of domestic chores, interspersed with hushed conversations on the phone, consoling someone over a bereavement. Days merged into one another, each one as indistinct as the other, as if thrown into a giant cauldron by a careless forger, turning uglier and larger with each passing day. School from home robbed the boy of his social outing, turning him into a tiny monster, quite unlike himself. Five people and a dog, sharing the same space day after day, used up all their patience in their efforts to stay civil to one another.

And then came the happy tidings, hotels being allowed to re-open, and immediately our first holiday plan of the season was forged, to the same destination that we had taken the last holiday before the pandemic had raised its ugly head, Dapoli. However, there was to be one tiny difference. Instead of Amit’s Konkantrip, we would be staying at one of the regular hotels, one that’s part of a chain, with all the standard bells and whistles and whom we could hold accountable to abide by all the safety measures. The Fern Samali it was then.

Thus, one smoggy day in October, the three of us loaded our bags into the car and set off. Despite stopping to arm ourselves adequately with hot vada pavs and fiery red chutney, we had covered the distance in less than 6 hours. The roads had not been tended to in a while and was what caused most of the delay (normally its an under-5 hour trip). Fern Samali was just what we expected it to be, very assembly-line, prim and proper. The room was cool though and the bed large. After the shower, that’s the first place we headed to, and even though our tiny monster was rather unhappy, he too soon fell asleep.

The siesta prepped us for Ladghar beach, which rather unlike the Palande beach that we were used to, was very busy, with an entire row of motels and hotels lined along the beach and their residents in the water or on the beach. Never mind the others though, my son had more important things to do. Before I could warn him about not wetting his shirt or shoes, he was out of earshot and into the water, with his father running hard to keep up. When they had thoroughly soaked up the water and lots of sand, they emerged, filthy and happy. The doting father thankfully had not forgotten to pack dry clothes and towels, so all was well after all, as we climbed back in the car and headed back to the hotel.

The Ganpati temple was almost empty, the Mahalakshmi temple was empty, save a few pups, who seemed to be well-behaved and rather polite. The temple floor was freshly washed and wiped which did not stop us though from merrily leaving foot marks all over. The fish place was busy, as always, and each person that arrived maskless, sent my anxiety soaring through the roof. All was forgotten though after the first bite of my pomfret! Then it was the Dargah. The quaint path to the Dargah and the view from there, totally made it worth the drive, even though the Dargah itself was shut. 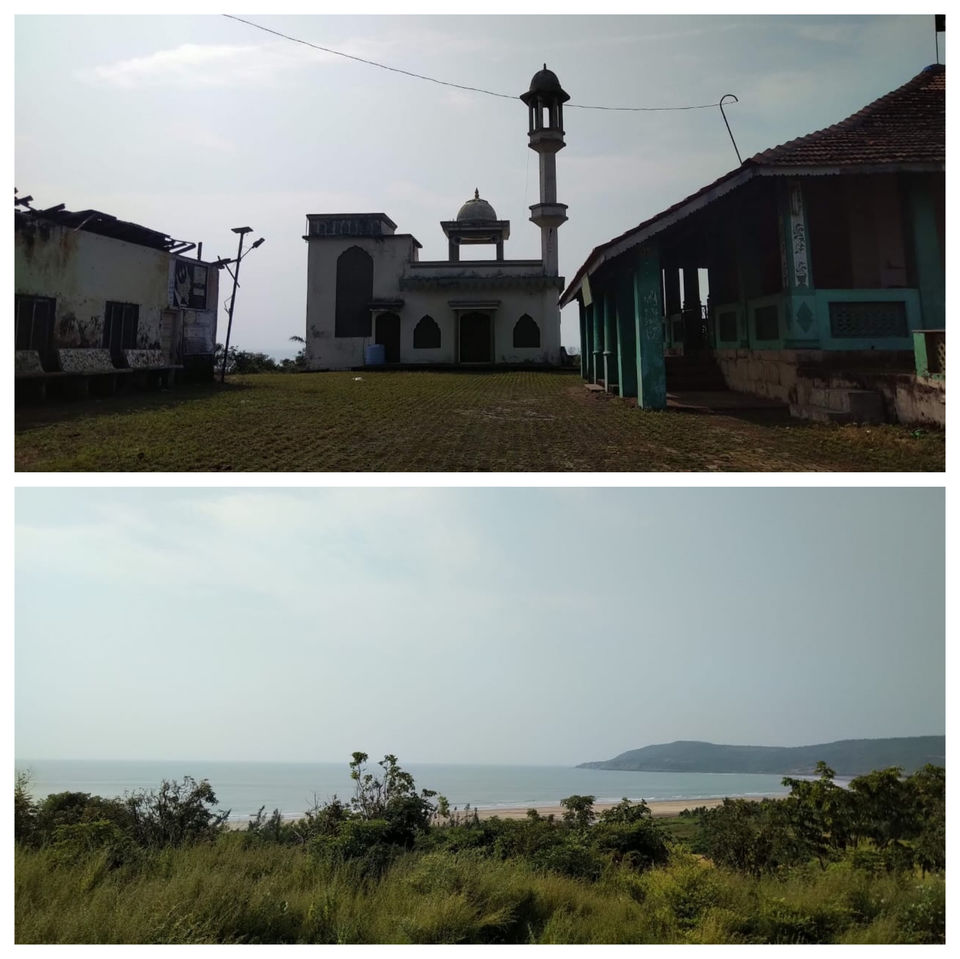 The next day was the day of the compulsory visit to our Ganpati Temple and Petkar Bhojnalay, following which, we asked Google about suggestions regarding other places to visit, and that is how we chanced upon the Mahalakshmi temple in Kelshi as well as Yakub Baba Dargah Sharif. 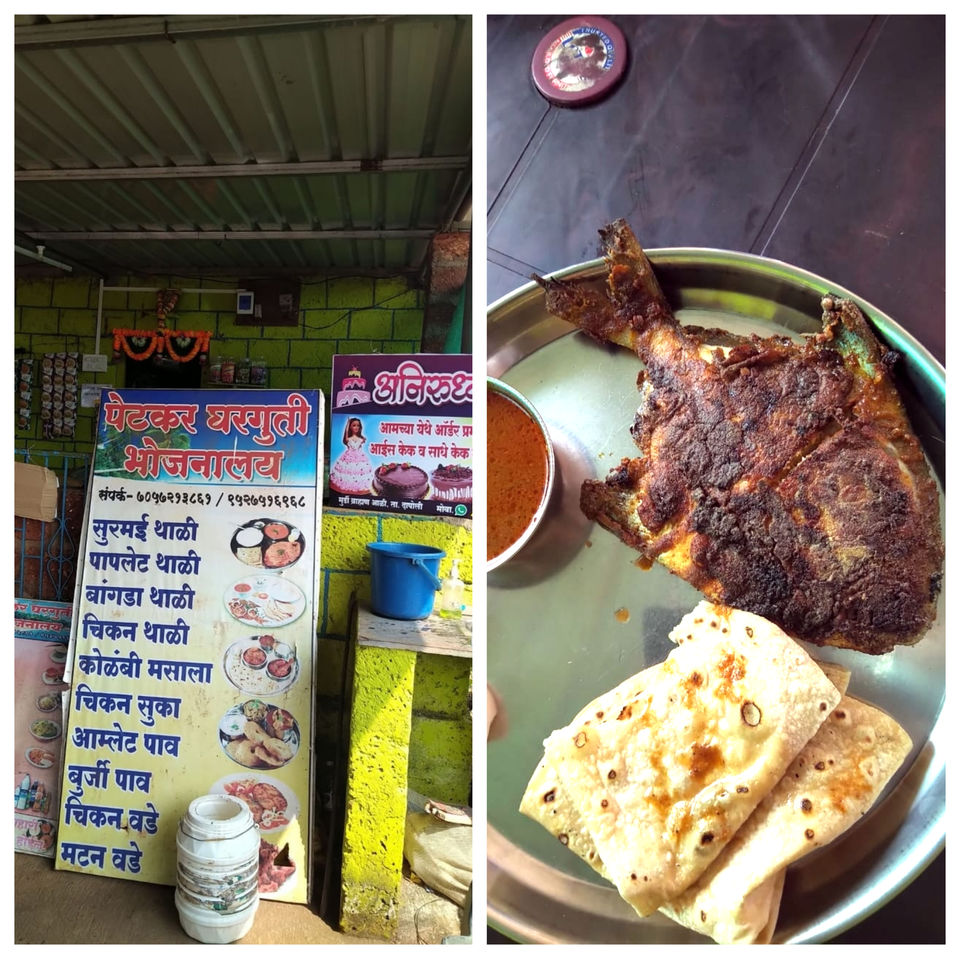 In the evening we decided to visit Parashuram Bhumi. As always, it had been suggested by Google who thought, rather unhelpfully, that since we were in the vicinity, we should really check out the earth shaped dome straddling which stood Parashuram with his famous bow. You could walk inside the dome and the robust echoes magnifying the sound of whispers and even footsteps, managed to bring a smile or two, just as the young couple outside the dome, trying their best to romance in peace, despite us three, also did. In my opinion, avoidable, unless echoes are your thing. 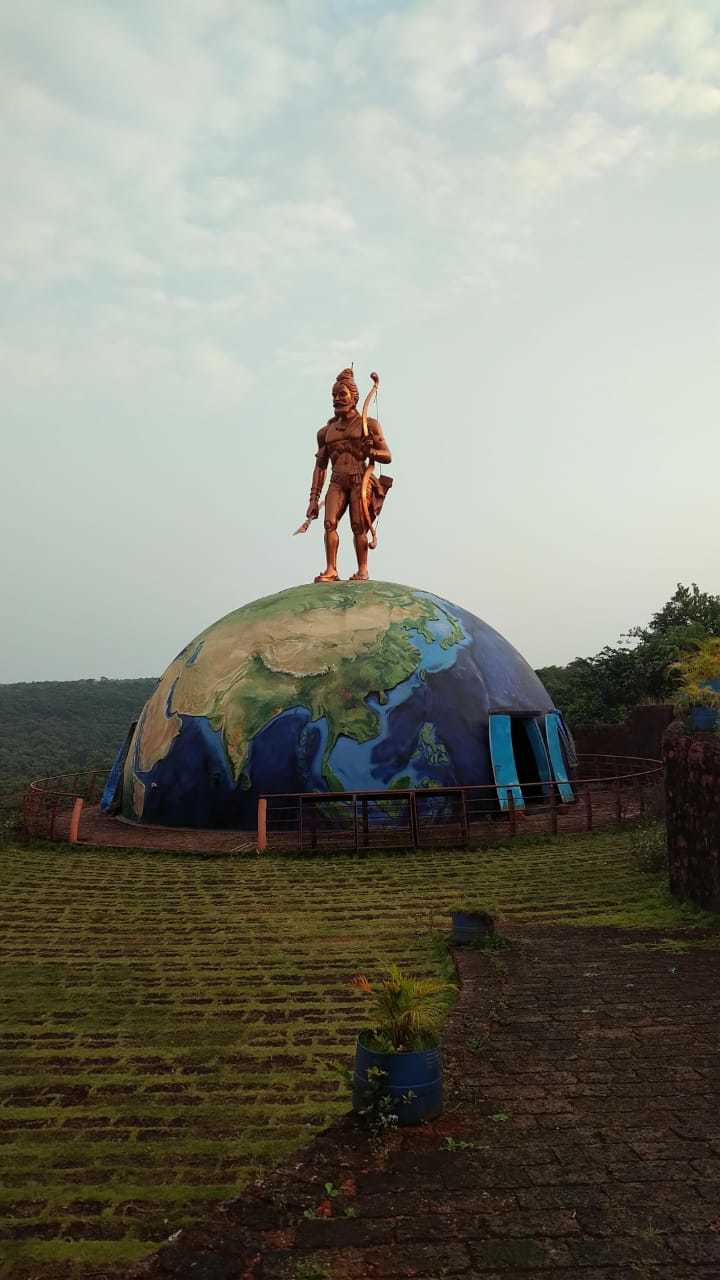 Dinner was a buffet, where the dishes were on display, but one had to choose what one wanted and inform one of the servers, who would then get it. “Sanitary measures”, we were informed.

The next day was the day we were to leave, and we could not very well do so without visiting the “zoo” the staff had been asking my son to visit from the very first day. So off we went to the orchard and the “zoo” within the resort itself. The orchard was large, the turkeys in the zoo were well-plumed and curious while the cows were well-fed and uninterested. Overall, not a bad place to spend a while, if you have ticked off all the temples and the mosques, the beaches, the villages, the fish auction and the “Surmai Plate” places.

Dapoli was almost as good as I have always remembered it to be, with its fresh air, empty roads, and the noisy seagulls. I did miss the tranquillity of our usual haunt, but I hope to be able to visit it soon. Till then, thank you Dapoli for letting me dream and letting me escape reality for a day or two.