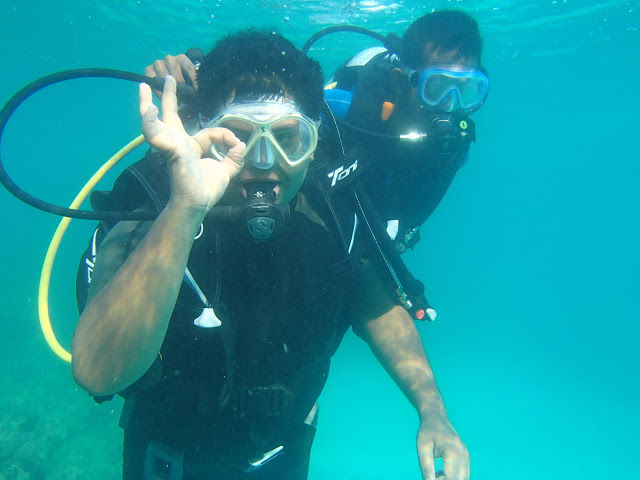 Our land is made up of water, land and water, and from these two people and the place, we usually get people's attention. We are surrounded by our own land, we also see the celestial life. Like the ever-flying bird, or when the child came in a stubborn manner and caught the flying butterfly, now even sitting in the airplanes, they themselves have started flying. We still have fewer interviews of people from the world of jalya. Humans have been a different kind of creature from the beginning, they want to live in the world, and in addition to establishing their own empire in the other world. Even after being such a master of nature, even if they make their way to some place Not even successful, but the chance of interviewing that world can not be left in any condition. Anyway, the attraction of seeing the unknown world remains the most, so the world of aquatic creatures has not remained untouched by this tendency of human beings, and mankind has done many other ways to overcome the sea water. So far there are three ways in my knowledge-

After leaving the place of Andaman, which is famous for scuba diving and snorkeling, the desire for interviews with aquatic creatures can leave only a few people who are with us. Earlier Jolly Boy enjoyed snorkeling and then scuba diving in Havelock. Although I was not mentally prepared for the first scuba, but on the first day of the day on which I had to go for diving, the awakened thriller awakened inside me suddenly and I also got ready for scuba diving. The next day, at 7 a.m., after leaving the daughter with her aunt, we decided to walk in the jeep and move towards diving location. These opportunities were created due to our family's association with us, if we go alone, scuba diving together would be just a dream. When we arrived at the site, we did not find the diving instructor, then we started pulling around the photos. Our diving site was on Govindanagar, but the name of the school we were diving was out of the mind. He used to dive in the Malvan before he was shifted to Havelock. From here onwards the water and then the mangrove forest were visible. Due to the morning time, the weather was also very good -

A view from the diving site, morning duration and photos taken from mobile are not as good as both of them.

So much so that our instructor also came, who had filled us with a form that needed to give us important information such as our medical fitness, emergency contact, home address, hotel address. After that, the swim suit made for scuba diving, shoes and more. It has to be attached with an oxygen cylinder which is very heavy. We were two people and two people who went with us were an instructor and a photographer. Those people came to take our cylinders very far. Step-by-step we were moving towards the sea, maybe the sea below was a little rocky, which seemed to be on the feet. Moving one moment came when we were in the lagoons of the sea till the neck. After reaching here, we got the equipments and cylinders installed. The weight of the cylinders was not known at all.