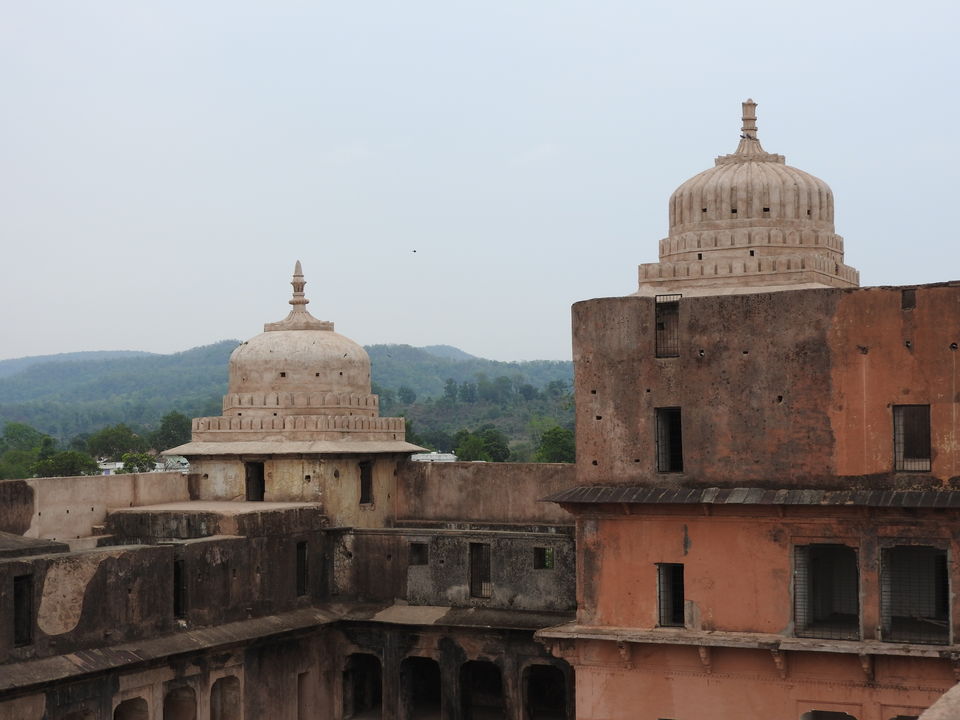 Twenty four kilometers from Mandla city of Madhya Pradesh lie a cluster of two palaces and one fort. According to legend, these structures were built in two and a half days by the Gond king, Hriday Shah using Tantrik knowledge.

The Mandla fort, also known as Moti Mahal is strategically located in a loop of the Narmada river, thus being shielded by the river from four sides.

It is a three storied fort and show cases ingenious architecture and beautifully engraved motifs.

Unfortunately the entire structure is facing neglect and is in poor condition.

Mandla was once the capital of the brave Gond kings. Even today the Gonds come here to pay respect to their erstwhile kings who fought bravely against the British, but alas the government authorities have no desire to preserve this monument in the memory of the brave martyrs of our motherland.

King Hriday Shah's two sons, Raghunath Shah and Shankar Shah sacrificed their lives fighting against the British. And the courage of the Gond kings drove back the British.

We were told by the locals that some cosmetic renovations were done around the fort in lieu of the a two day event nearby in April 2015. But the fort is in a bad shape.

King Hridaya Shah built a palace, called Ranimahal for his queen using black stones from a hill five kilometers away. How could someone transport such huge rocks and built these structures in less than three days ?!! The mystery remains unsolved but the Gonds believe that their king was an accomplished Tantrik and he achieved this miracle using his Tantrik knowledge !!

This place can easily be visited on your way to Kanha N.P. from Jabalpur.

Local snacks and tea are available at dhabas near Moti Mahal, but carry your own drinking water.

There are no public toilets nearby.