How to travel smart in Mumbai

Getting around easily in Mumbai can be a bit of a challenge, with the crowds and noisy traffic. If you don’t know the right routes and times to travel, you should probably just be staying indoors. But of course, you can’t afford to do so in the big, bustling, exciting city of Mumbai. I have become familiar with the systems of public transport, and thus have made mental notes as to how to commute each and every day in Mumbai. Here are some of my pointers that might come in handy traveling in and around the city.

If you don’t want to be swamped, pushed, and pretty much terminated in the chaotic crowds of Mumbai while traveling, it’s best to avoid the peak travel hours. This is anywhere between 8-10am in the mornings, and 5:30-8:30pm in the evenings, on weekdays. On special occasions, such as during festivals, the peak hours get extended or shuffled around. If you absolutely must travel during these hours, I would recommend to travel by roads, and leave the local trains for skilled local commuters. Make sure to leave your home much in advance, that is at least an hour or so, especially if you’re traveling all the way to the other side of the city. 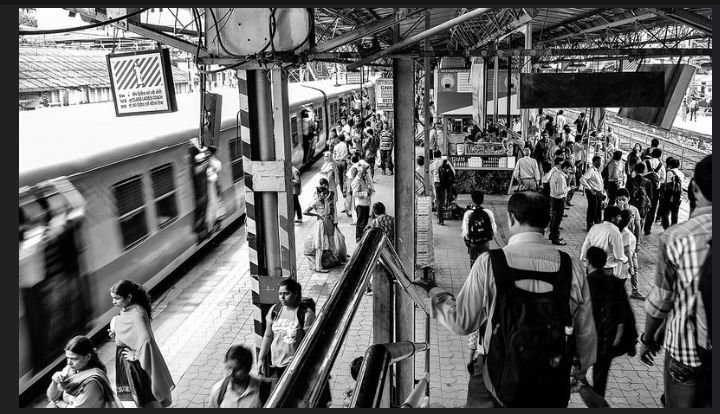 The rush in the local train stations can be overwhelming at times, and that is why I recommend to avoid them during rush hours. If you absolutely must travel during the crowded hours, just make sure to keep moving. While getting into the trains or getting out, let yourself move with the crowds. The minute you stop moving, you are going to get crushed! Unless you’re just waiting for your train at the platform, it’s best not to loiter around the platforms. It’s not a mall after all, but an extremely busy area for commuters.

Although the local language is Marathi in Mumbai, almost all transport authorities are very familiar with Hindi. Even if this may not be your native language, be sure to pick up some basic phrases, such as ‘Meter hain kya?’ (does this go by meter?), ‘Kitna time lagega? (how much time will it take?), etc to survive around the city. Addressing all male transport authorities with respect by calling them Uncle, or Kaka signifies respect in Mumbai, rather than the usual ‘Bhaiya,’ and can aid in easy cooperation from them.

When communicating, act like you know what you’re saying! I have been taken advantage of for being the clueless tourist. It’s one thing to be a clueless tourist and act like one, and another to act like you know what’s happening. Even if you’re not too sure where to go, don’t let the driver pick that up. What has happened to me is that I’ve been taken for a ride, simply because I sounded clueless and a little scared while traveling. At any point if you do feel like you’re lost, insist on stopping at a crowded location, and asking locals for directions. People are almost always likely to help!

If alone, avoid haggling with drivers.

If you’re traveling by autos or taxis, always always check if there is a meter. If not, avoid trying to strike a deal between you and the driver. It almost always lands up going nowhere, unless you’re part of the sharing system. Bargaining with the drivers otherwise is just an over-exhausting exertion of energy that can be invested in something else, such as sightseeing and exploring! 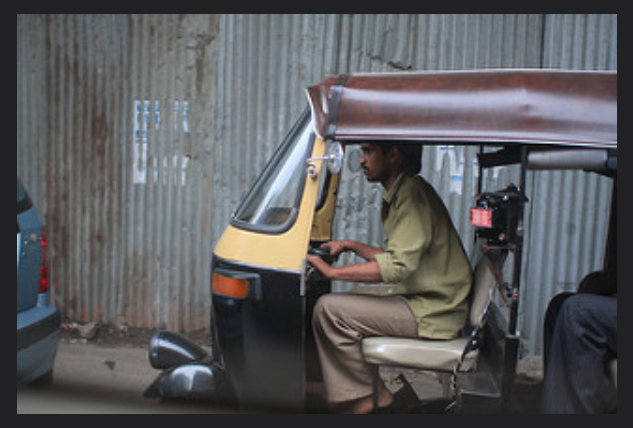 Carry a map, or better yet Google maps!

ALWAYS have a reference for directions while traveling anywhere in Mumbai. I can’t emphasize this enough, especially if you’re traveling alone. Before starting off on your journey, make sure to have checked the route, and have a general sense of where you need to be headed. It’s also advisable to have a couple of landmarks in mind. As soon as you begin traveling, keep your map (or Google maps) handy to guide you in the right direction. Having the landmarks in your head will also help to ensure you’re headed the right way.

Use apps, like MIndicator to chalk out your route.

This great app (https://play.google.com/store/apps/details?id=com.mobond.mindicator&hl=en) suggests different routes, stops, and stations, on all the various methods of travel in Mumbai. This especially comes in handy when traveling by the local trains. I can quickly check the timings of each train headed on each of the separate lines. When I’m traveling by the bus, I can easily just type in the stop I want to be at, and the bus numbers will conveniently pop up. The bus routes are also chalked out, making it even easier for the commuter.

Carry around change while traveling.

Transport authorities deal with a lot of commuters on a daily basis, so when one hands them a Rs.100 note for a Rs.5 bus ticket, it can get a bit annoying and cumbersome for the bus conductor to shuffle out exact change. Make their lives a little easier by carrying the exact change for your commute. If it’s a daily commute, you’ll eventually know the exact ticket prices, and can ensure to have that amount while traveling. If this is too much of a hassle for you, you can always opt for a daily or monthly pass. 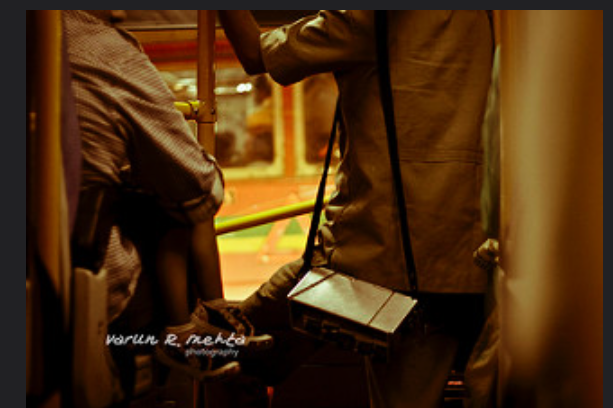 So while you’re traveling around in Mumbai, or in any other big, bustling city, it’s wise to keep your personal belongings close. Do not carry important documents or extreme valuables. If you really need to, I would recommend stuffing them deep down inside your bag or purse, whatever it may be. Bring your backpacks to the front of your body, and swing your purses around your neck. Forget fashion if you want to just travel safely in crowds. Otherwise, just make sure to keep an eye on your own belongings.

Keep an eye on your surroundings as well. Traveling in public transport in Mumbai is not the best time to fall asleep, or start daydreaming. Keep yourself alert and active at all times. You’ll enjoy the exciting city much more like this as well!