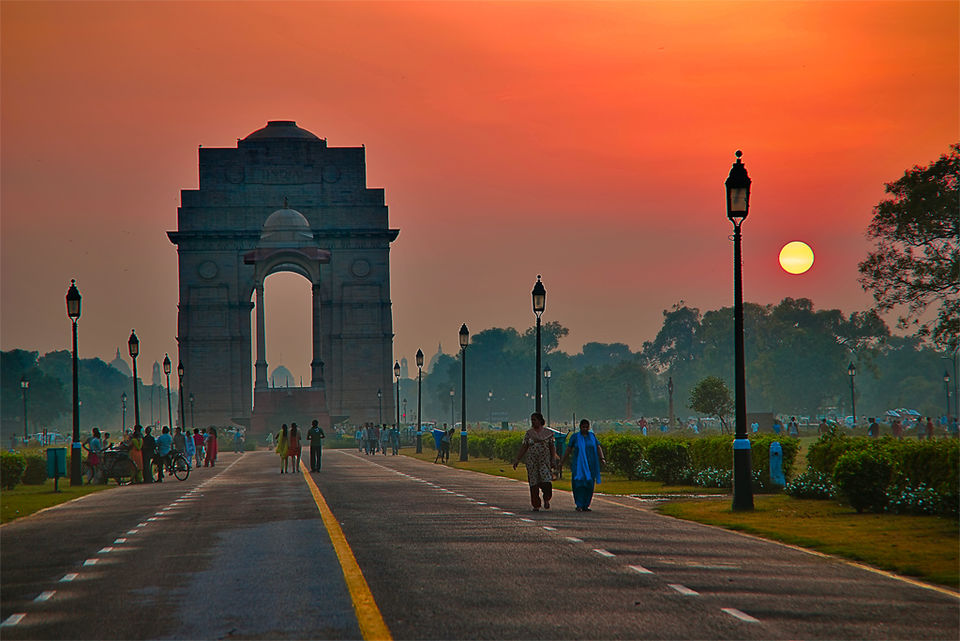 Temperatures in Delhi have already hit 40 degrees Celsius we're already begging for some relief. Taps give out boiling water, showers make you sweat, and if you're thinking of escaping to the hills, well there's no long weekend coming up in the foreseeable future.

So, if you plan on escaping the sweltering heat but also don't want to die of boredom, consider some of the following to beat the Delhi heat:

Tired of going to the mall and movies every time you want to head out during the summer? Give skiing or ice-skating a try right here in the city during your next outing. In case you didn't know, NCR now has two snow parks where you can go to chill with your friends without having to worry about sweating through your pants. 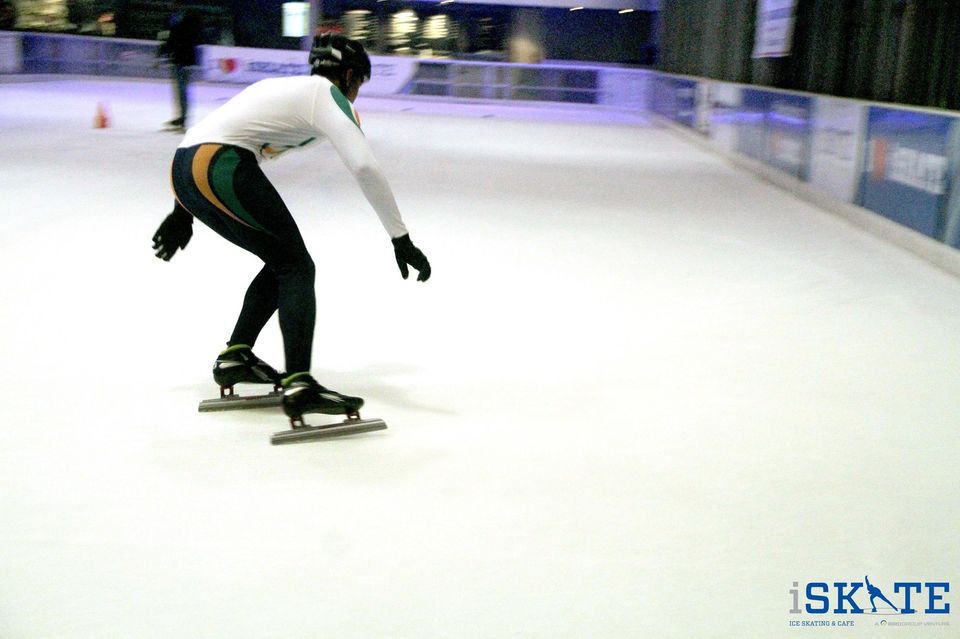 Price: Starting at Rs 499 per person

What to expect: ISKATE is a 15,000 sq. ft. entertainment destination complete with a cafe, bar, and of course a large skating rink. Grab a beer while you're waiting for your turn or just pick up a snack at the cafe.

Where: DLF Mall of India, Noida

What to expect: Ski India is an adventure destination/ski resort that gives you the experience of being in an actual snow park. They have everything from skiing, and slope tobogganing, to snow sledging and ice skating. A great place to visit with your family.

2. Splash around at a water park 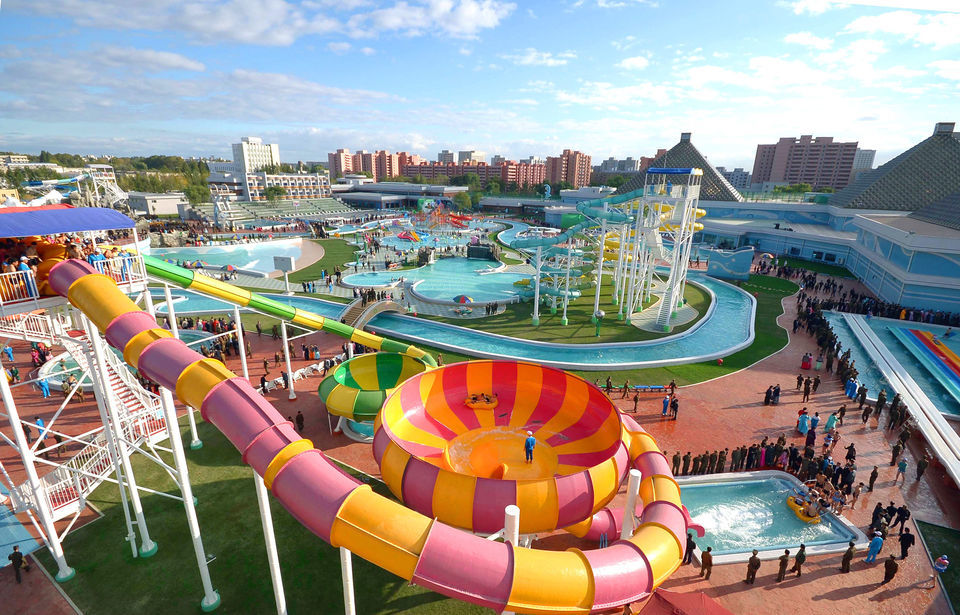 If you don't mind the massive tan lines and communal waters, then water parks are a great way to spend a hot summer day! Grab your swimming costume and head to the nearest one. There are quite a few in Delhi-NCR.

Price: Starting at Rs 550 per person

Price: Starting at Rs 700 per person 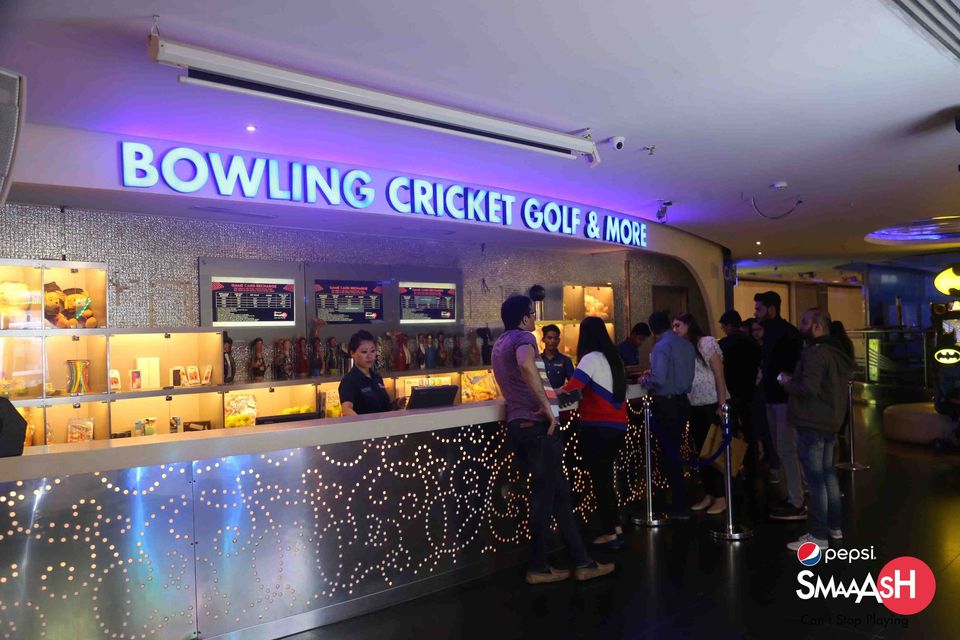 You name a game and they have it! Whether you're a gaming fanatic or a sports addict, you will not run out of options here. With branches in Gurgaon and Noida, you can definitely head to the nearest spot for some chilled beer and a day of gaming with your buddies. 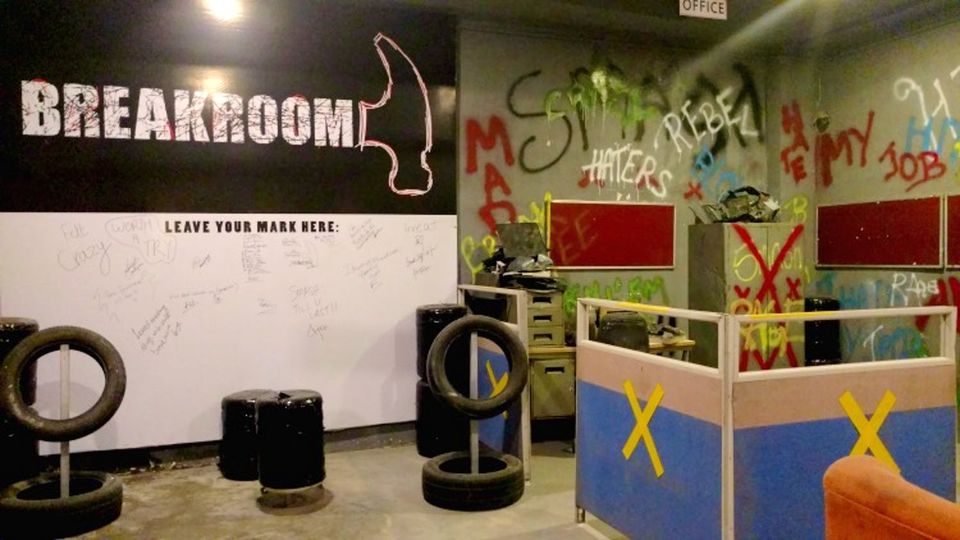 A number of studies have shown that hot weather fuels rage and makes people angrier. This can lead to increase in road-rage cases, street fights and just arguments in general. Take your frustration out in a healthy way this summer by heading to the Break Room, where you can break and smash things to your heart's content for just a small price. A venture by Ctrl.Shift.Esc, the Break Room is kind of like an alternative anger management therapy. So the next time you're having a bad day, you know where to go.

What to expect: The room is equipped with already broken artefacts, mannequin heads, tyres, drum sets, etc. If you don't want to spend too much, you can smash around the already broken items but if you've had a really rough day, go ahead and purchase new items and smash them to pieces. 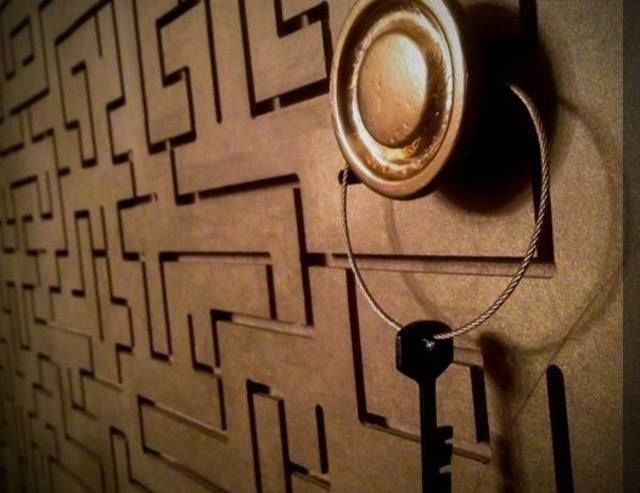 If digital gaming is not your thing and you want to try something a little more life-like, then head to the Mystery Rooms. It is a situation-based game that requires you to get out of a mysterious space, where you have been locked, before time runs out. It is a group-based activity and therefore a great way to spend time with your friends. Mystery Rooms was started by three adventure enthusiasts and gaming geeks – Shikhir Bhutani, Prateek Panjwani and Sapna Bhutani, who put together their expertise in tech, architecture and psychology respectively to create a thrilling experience.

Price: Anywhere between ₹500 – ₹1,000 per person depending upon the size of the group and day of the week.

What to expect: The Rajouri branch offers 4 different genres of varying difficulty levels – horror, action, thrills, and murders). You can expect clues, tunnels, live scenes from your favourite thrillers and action films and a ticking clock to pump up your adrenaline. A great way to stimulate those grey cells while having fun.

6. Tap into your artistic side at these art galleries 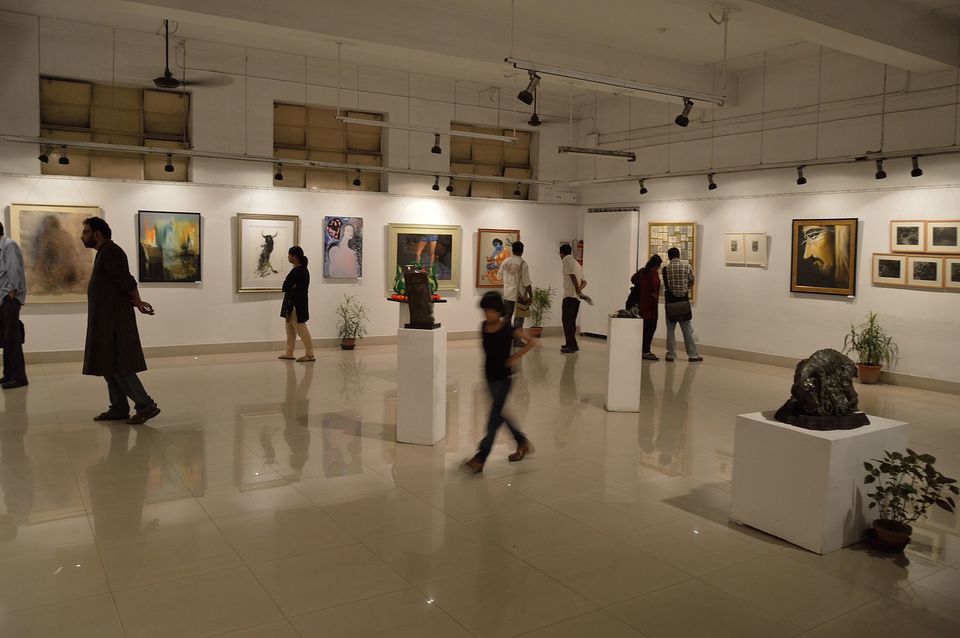 The art scene in Delhi has grown by leaps and bounds in the past few years and it is an insight to not only the local culture but also that of the entire country. The best part? You don't have to pay a penny to go and admire the artworks and you never leave the air conditioning. Buying the work, however, will make your pockets lighter by quite a bit.

While the sheer number of galleries in Delhi is huge, there are a select few that have stood the test of time and offer some of the best displays. Here are five of my favourites:

7. Go on a date to some of the coolest book cafés 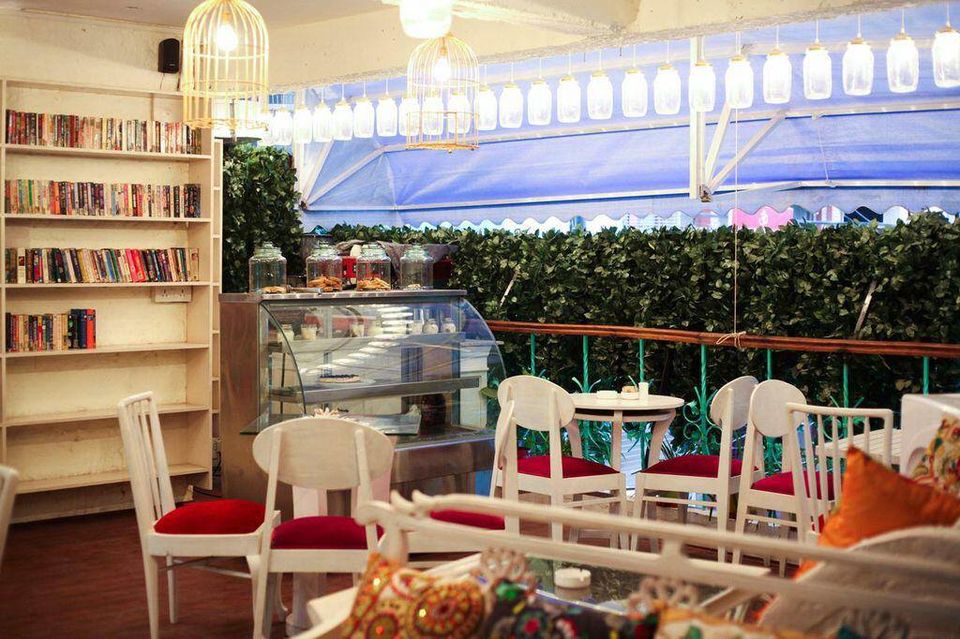 If you and your partner love to read and have got a day to laze around, head to a stunning book cafe to spend some time with each other, good food and great literature. Even if it is sweltering outside, you can escape to a completely different world and forget about your troubles for a few hours. Here are some of my favourites:

8. Treat your senses to a play or cultural show 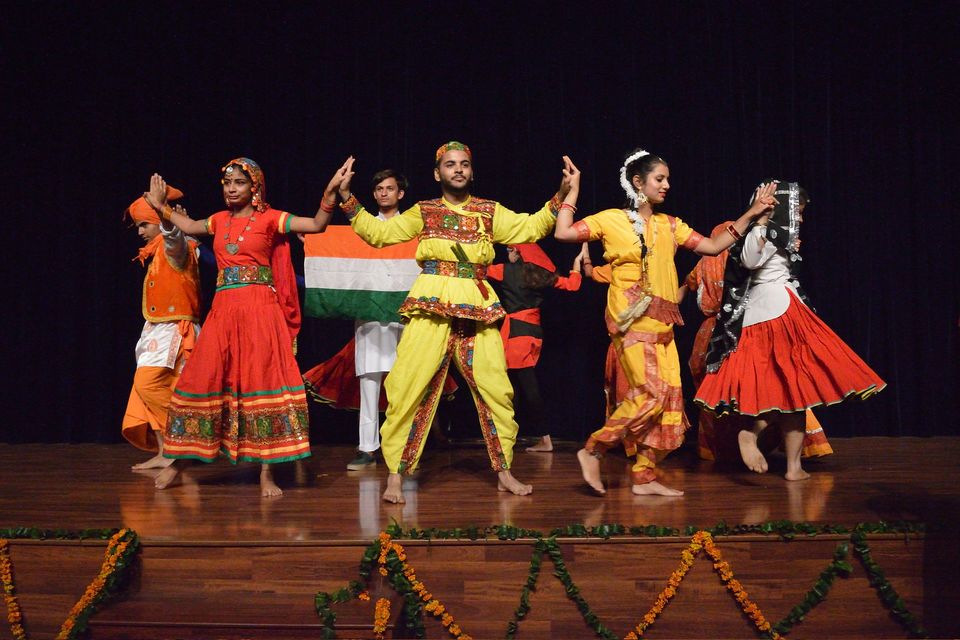 Theatre is not just a form of entertainment, but also a means to educate the audience and make them think about the society. It is often considered an art form for the intellectuals. If theatre is not something you prefer, however, you can opt for cultural shows, exhibitions, or independent movie screenings as well. While Delhi's cultural scene is still at a nascent stage, it is definitely growing and you can find a number of great events being performed across the city on any given day. These five spots host some of the best work in the city:

What to expect: This cultural centre has several auditoriums that host art exhibitions, discussions, plays, and seminars. You can get the details of upcoming events here.

What to expect: Shri Ram Centre for Performing Arts is an educational institute and theatre auditorium set up for the promotion of performing arts. It hosts some of the best plays and dance performances in the city. Get info on upcoming events here.

What to expect: This 600-seater auditorium is preferred by the bigwigs of the theatre industry for its excellent structure, lighting and acoustics. Watching a play here is a wholesome experience. Event details for Kamani Auditorium are available on Book My Show.

What to expect: If you're looking for an insight into Indian culture and mythology, this is the place to be at. They are best known for their rendition of the Ramayana. They also hold theatre classes if that's something you're interested in.

What to expect: This education and cultural centre hosts a number of educational programmes and research projects besides hosting screenings for internationally acclaimed films, plays and cultural discussions. Get info on upcoming events here.

9. Go for a relaxing day at the spa 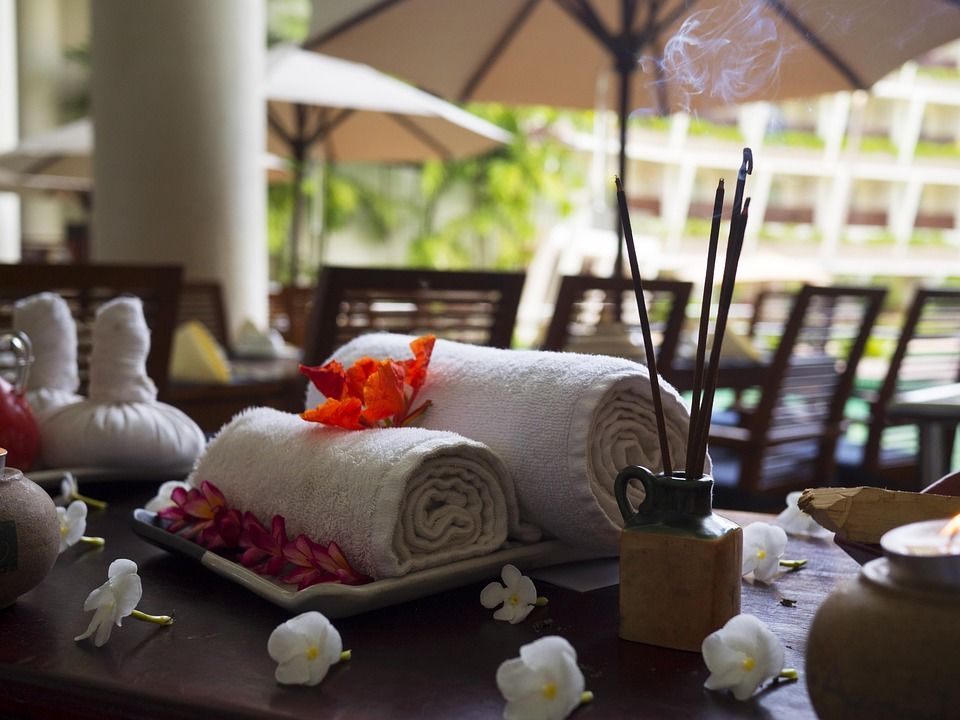 All this heat doesn't just affect your mood. It is physically exhausting as well. A day at the spa is the perfect way to get rid of all the tiredness after a hectic week. If you're on a tight budget, just go for an hour-long massage but if you're looking to indulge, spend the whole day pampering yourself. Here are some of my favourite places to indulge:

Services offered: They have several massage therapies, body rituals, face treatments, hand and feet massages and even a Jacuzzi.

Feeling better about being in Delhi this summer? Which of these activities are you most likely to indulge in? And if you think I've missed out on something, share it with us in the comments or write about it on Tripoto. And while you're at it, check out our YouTube channel for some amazing travel videos.