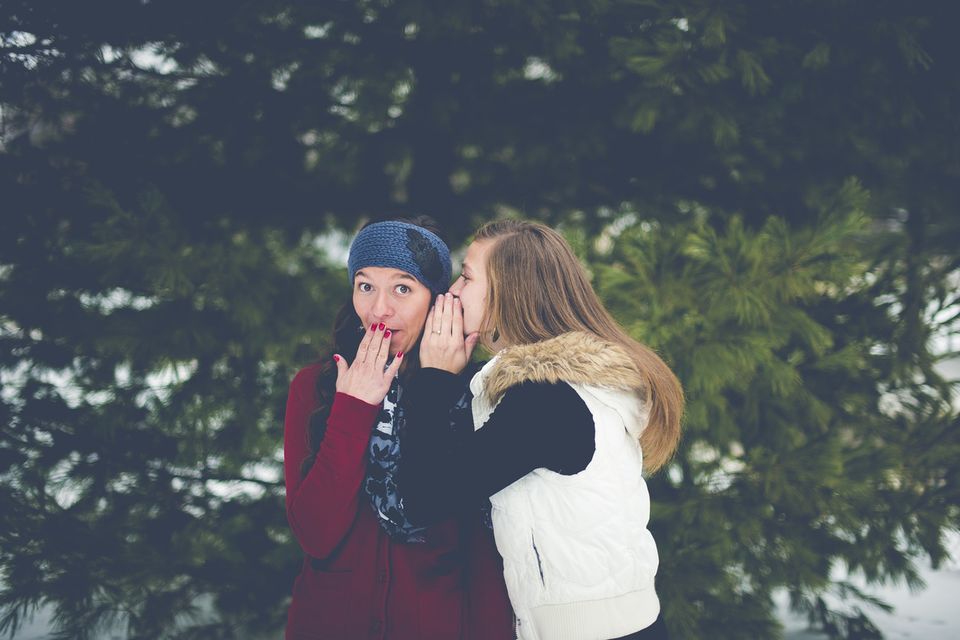 I have a lot of friends in the hospitality sector. Two of them are currently managers at major hotels, one works as a chef and a couple have moved on from this life of luxury to other things. As a result, one thing that repeatedly comes up during our discussions is how dirty and disgusting hotels can be and how the guests never get to know about it. Ever since I’ve gotten wind of these so-called “secrets”, I make it a point to share it with all the people I know. Some of my closest friends and relatives have now become more cautious about staying in hotels. And while that is not my aim, if more people know about what’s going on behind closed doors maybe we could get things to change. So, here’s sharing some of those “secrets” with you:

Throw pillows are called that for a reason

Just like you, every other guest also throws the throw pillows and the duvet on the floor. And they’re not washed between guests. They’re just picked up from the floor and put back on the bed. Result? Lots of dust, germs and grime getting on the bed you’re just so blissfully about to sleep on.

Are you always sleeping on a clean bed?

Chances are, you’re not! I’ve been told this by a number of my friends and even one maid I had the chance of interacting with. Bedsheets are not changed if there’s nothing visibly wrong with them. The cleaning staff will just re-make the bed after the guest has left. I’ve personally found lipstick stains, kajal smears and hair on the bed just after checking in. My friend, who is working as a manager for a five star in Delhi has to stay over at the hotel once every week to oversee operations. She always carries a spare bed-sheet to sleep on.

Using hotel towels is probably not a good idea

Hotel towels are often used as foot mats by guests in the bathrooms. I often do this. And after you’ve left, all the towels are bulk washed. Chances are if someone stepped on one with foot fungus, it didn’t completely get washed off. And if a towel is folded/appears clean, it probably might never even leave the room to be taken to laundry. As a rule, I always carry my own towel while travelling.

Blankets are not washed as frequently as you’d like

In a Reddit thread that blew up a few months ago, a hotel staff anonymously revealed that blankets are washed once in six months because of their bulky nature and how much product is often used to get them clean. I think carrying sleeping bags would be a good idea here.

Don't drink in that glass

In-room cutlery and glasses are probably the dirtiest things in the room because they’re almost never cleaned with detergent. Cleaning staff just rinses them out with water and wipes them down with a washcloth (that has already been used multiple times without being cleaned) before placing them back on the tray.

Maids do snoop through your stuff

They might not take anything, but they definitely go through your stuff, especially if you leave it lying around. So to check whether this is true or not, a friend of mine put a video recorder in his room before leaving for the day. When he came back and checked it in the evening, it had recorded one of the maids snooping through his suitcase and going through his hand-carry bag as well. On complaining he ended up getting an upgrade, but that still doesn’t justify the snooping. The best way to avoid this is locking your bags before leaving the room.

Thinking of trying that dip at the hotel buffet meal?

Don’t This is the most disgusting aspect for me. I used to be really excited about brunch buffets and once during a discussing with one of my friends who is a chef, I found out that they’re pretty unhygienic! Cold cuts, salads and dips are almost never fresh. She told me that hotels usually find a way to reuse whatever food they can to minimise monetary loss that comes from food wastage. All the leftover dips, sauces, butters, jams etc. are put back in large containers and re-served during weekend buffet meals. You can avoid this by using the packaged butters and jams instead of the ones that are served in open pots.

The pillowcases will be changed but the actual pillows are almost never dry-cleaned or replaced unless something really major happens. And since hotel guests can be really disgusting, the pillows might have all sorts of germs. My friends actually suggest carrying sheets to cover the pillows or investing in air pillows. The same goes for mattresses. In the Reddit thread, one hotel employee revealed that once a guest had wet himself at night. The mattress was never changed, it was just flipped over so that the clean-looking side was facing up.

You could get an infection from using the toilet

Again since guests can be disgusting and cleaning procedures are never really thorough, residual germs on the toilet seat and taps might lead to UTIs or e-coli infections. Multiple toilets are cleaned using the same brush or washcloths, causing so much germ transfer. I’ve personally suffered from a UTI after using a hotel bathroom. Now I always carry a bottle of Dettol wherever I go and sanitise the commode and taps before using them. Better safe than sorry.

Suicides are pretty common occurrences in hotels. My friends have told me this and people online have also revealed the same. However, this never makes the news because hotels don’t want to get bad press. Unless some very high profile case happens, you would never know if someone has died in the hotel. But people most likely have. These incidents also make for spooky ghost stories and sometimes supernatural encounters.

Have you experienced something weird and disgusting while staying at a hotel? Share with us in the comments or write about your experiences on Tripoto.