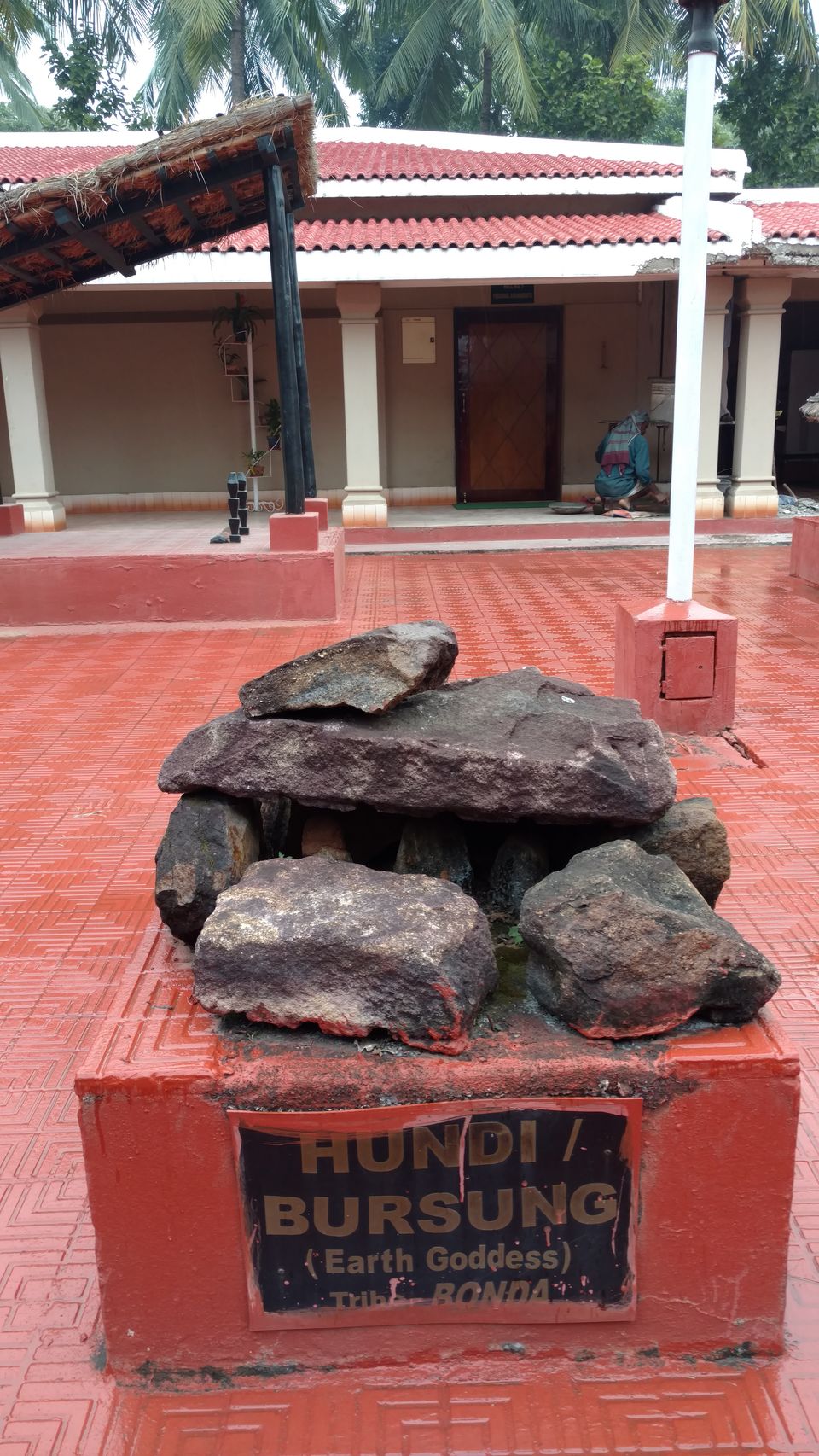 Their's is a faith of the primeval human- still in tune with Nature and Nature Spirits.

They live in sync with the forces of Nature and their reverence for the Earth goddess teaches them how to harness her fertile energies. They call her by various names- Birhu, Hundi, Bursung, and Maa Budhi Thakrani

They worship the Sun, the source of all and the Wind god who brings the rain filled clouds.

They worship the Stone god and the sacred groves.

These tribes, these people of the earth, are nourished by the forest plants and the field crops. Every planting season begins with an animal or bird sacrifice to appease the Nature spirits whose blessings will bestow a bountiful harvest.

They worship the Snake god who symbolizes earth energies and protects them from bad omens.

With life comes death and there is special place of worship- an empty space, earmarked for the worship of the invisible god of Death.

The meat of the sacrificial animal or bird is offered along with wine of the mahua flower to please the gods followed by dancing and merry making.

Theirs is a religion of veneration and celebration of Nature. They worship as a clan and community, never as an individual, seeking blessings for their entire village. A stark contrast to the organised religions of the world.

The visit to the Museum of Tribal Arts and Artifacts at Bubhanesvar was an eye opener to us, the so called 'more civilized' city dwellers, who take Nature and Mother Earth and all her bounties for granted and who have reduced religion to a belief system of prejudices which separate rather than unite us.

Out of a total of 437 tribal groups in India , Odisha's share is an astounding 62, which is the second largest, the highest being in the state of Madhya Pradesh !!

In terms of tribal population, featuring below Madhya Pradesh and Maharashtra, Odisha ranks third with over 22% of the state population falling under this category.

These tribes are spread all over the state. However in terms of population strength, the Konds, Gonds and Santals are the most numerous.

The belief in witch craft is said to be quite common among these tribes and there are legends and rituals related to witches and gods of the Underworld.

Among the Gadaba tribes, the Guruma or the girl who is going to become the village shaman, has to undergo a marriage ceremony on the path leading to her village, with the god of the Underworld.

According to one legend among the Gadaba, goddess Birkamdai who would eat the liver and blood of humans used to lend money to gods and ghosts. After her death, as per her wishes, her body was cut into pieces, roasted and floated down a river in an earthen pot. A Gadaba woman fishing downstream, came across this pot and ate the roasted flesh and became the first witch.

Tribal myths are filled with stories of wicked witches with evil curses and shamans as healers and protectors of the tribe from witchcraft.

The Museum of Tribal Arts and Artifacts at Bhubanesvar is one of the best ornithological museums I have ever visited.

If you are not able to visit Odisha's tribal areas, this museum is the best substitute with its state of the art interactive elements, numerous galleries displaying traditional dress, bead ornaments, heavy silver collars, coin necklaces, elaborate headdresses, ornate wine pipes and musical instruments. There is an entire gallery dedicated to weaponry, fishing, hunting and agricultural equipment.

Behind the museum there are replicas of traditional houses of the Gadaba, Kandha, Santal, Saora and other tribes.

You can buy colorful cloth paintings by the Saora people as well as other artifacts and herbal preparations from a quaint shop inside the museum premise.

Unfortunately photography is prohibited inside the galleries.

There is also a canteen for visitors, though we did not try it out.

SPONSORED
Want to book a similar trip?
I accept the Terms of Use and Privacy Policy of Tripoto.
SPONSORED
Tagged:
#spritiual tourism#shmanism#earth goddess#paganism#tribal museum#culture tourism#animal sacrifice