Welcome to the "Land of The Rising Sun!"- Arunachal Pradesh. The easternmost state of India is where the morning sun first dawns on the country. Most states in the north-east India are geologically as well as culturally rich. North-east India is often recommended for off-beat travelers and backpackers, because of its rugged landscape and local culture. Arunachal Pradesh, the largest state in the north-eastern states has been given many different names owing to its beauty. "The land of the Dawn-lit mountains", alluding to the soft sun rays colouring the mighty Himalayas every morning, "The Paradise for Botanists" for its diverse and bountiful species of flora. Arunachal Pradesh also boasts of over 200 species of wildlife in its numerous sanctuaries and parks.

But, the scenic beauty and biodiversity isn't the only reason that the tourism here is on a rise. Most importantly, Arunachal Pradesh is known for its tribal culture. Most north-east states are filled with numerous tribes. Arunachal Pradesh has a population that either descends from the Mongoliad race or the Tibeto-Burman race (just to give you an umbrella view). There are around 66 tribes in this state. Tribal culture in other parts of India might have been taken over by urbanisation, but it thrives in the north-east, specially in Arunachal Pradesh. In fact, almost all tribes here practice age-old rituals of worshipping the Sun and Moon as deities (as done popularly in ancient India) apart from practising ancient values of Hinduism and Budhhism, the two dominant religions here. Each tribe has a different language or dialect. Thus, Arunachal Pradesh itself has around 30 or more languages!

Tribal Tour of Arunachal Pradesh is a unique journey to understand and explore the state's different tribal cultures. Each tribe is distinct with its own set of beliefs, leaders, and even language. Apart from that you get a sneak peek into tribal art and handicrafts. The aesthetic essence of tribal art can be seen in their pottery, wood carving, and basket making. Weaving, wood and bamboo crafting are some major professions of these tribes. My journey was mostly through central Arunachal Pradesh, the tribal heartland of the north-east. I visited key areas of Ziro, Daporijo, Along and Pasighat. During my journey, I spent time in a few tribal villages (it is impossible to explore 66 tribes together and I just had 10 days). The Apatani tribe in Ziro, Tagin tribe in Daporijo, Adi tribe in Along, and finally the Mishmi tribe in the Siang Valley. Along with experiencing the tribal culture, one cannot leave out the magnificent rivers, valleys and gardens of this state. My journey also included a boat ride on the Brahmaputra River, a visit to the tea Capital of India- Dibrugarh, and a visit to the magnificent rice farms.

I have always believed that traveling shouldn't be just about the scenery or sight-seeing. It shouldn't be done in seclusion. Rather, it should be interactive. You should walk in as a tourist and come back as a local. You can grow as a traveler only if you understand the place rather than just visit it. My trip to Arunachal Pradesh was a step in that direction.

I landed at the Dibrugarh Airport to kick-start my journey. Dibrugarh is renowned as India’s tea capital. The finest tea in the world is grown here. This place essentially lies in the neighboring state of Assam with a few parts falling in Arunachal Pradesh. Dibrugarh is home to miles and miles of tea estates and the lush greenery brings many tourists here. There are a few national parks and botanical gardens to explore like the Jokai Botanical Gardens and the Saikhowa National Park and some Vaishnavite temples as well. This is one of the highly urbanized places, with universities and decent transport facilities. One of the few places in this part of the country where you can find a decent internet connection. 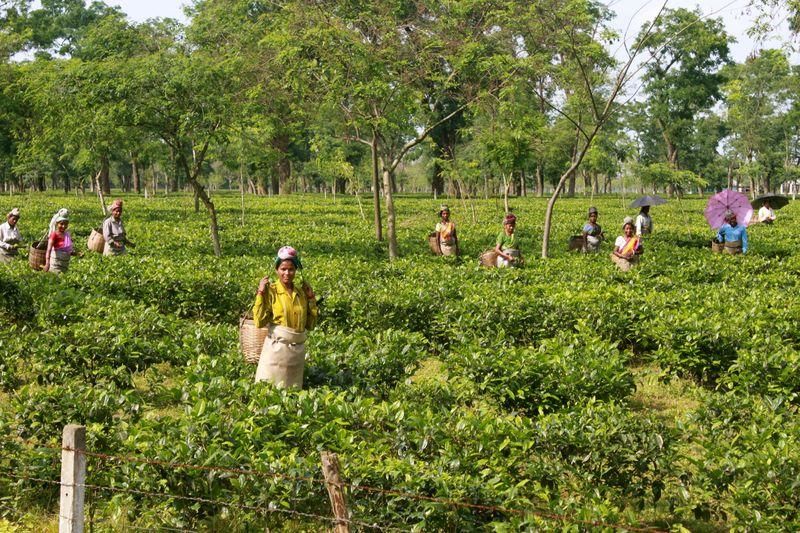 En route from Dibrugarh to Ziro, we stopped to experience the beauty of the Brahmaputra River. It’s called Tsang Po in China, where it begins and Jamuna in Bengal where it flows into the Bay of Bengal. One of the most beautiful Himalayan Rivers, Brahmaputra runs for 18,000 miles. It is the only river in India with a male name (all other rivers in India have a female name), and is important for its use as a water body and for sanctity to the local Hindus. A nice cruise over this river will relax your mind and let you absorb the natural beauty on offer. 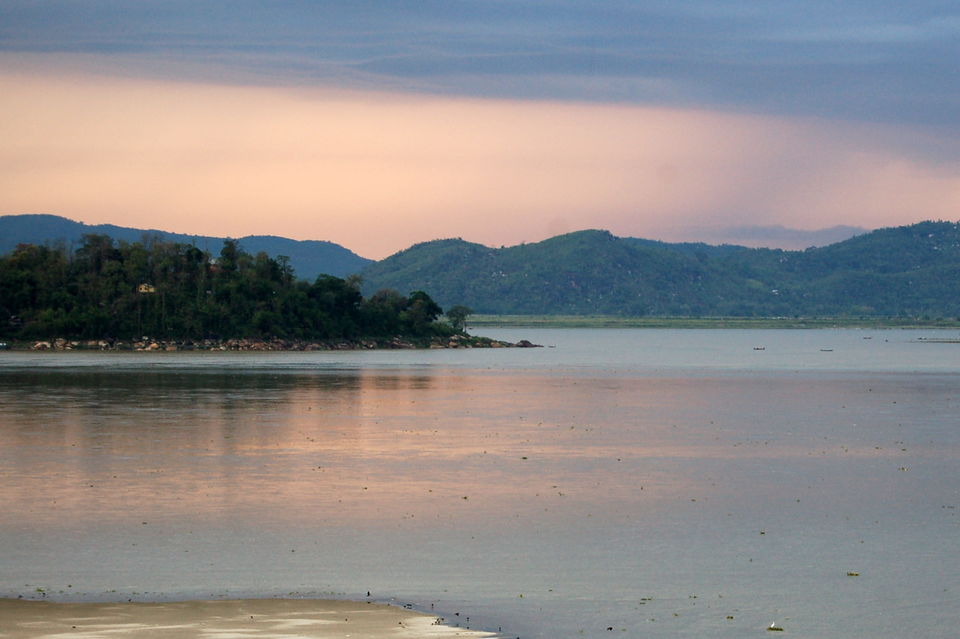 Located 1500m above sea level, the rich culture and the local agricultural practices of the local Apatani tribe has earned the Ziro Valley the prestige of being a UNESCO heritage site. One of the oldest towns in the state, it is surrounded by mountains making this valley a refreshing mixture of beauty and diversity. The local tribe here grows rice and rears fish. The Apatani's respect for their land is evident in their use of it. Their farming is not destructive and they do all they can to preserve and protect their land and resources. The tribe has its own style of architecture with houses raised 4 ft form the ground and mainly constructed out of bamboo and timber. Unlike other tribes of this area, the Apatanis are not nomadic. Ziro is also popular for hosting the Ziro Music Festival every September. 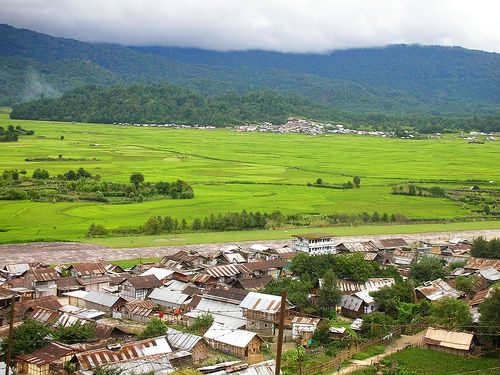 Daporijo is situated in the upper district of the Subansiri River. This small town is very scenic with the local Tagin tribe inhabiting the place and the Subansiri providing a great opportunity for river rafting. There are a few caves here that provide a peak into the history of the place. The Tagin tribe are majorly followers of the Donyi-Polo, literally meaning sun-moon. They worship the sun as the female energy and the moon as the male energy. But, recently, parts of this tribe have come under Buddhist influence. They have an annual festival called the Si Donyi festival. 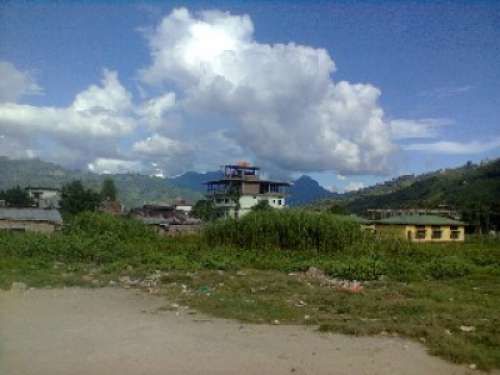 We visited many Tagin and Adi villages on our way to Along, in the West Siang district from Along. Along is situated on the border of Assam and Arunachal Pradesh. It is one of the towns with some archaeological relevance. Malinithan, a temple site, was excavated and the artifacts are stored at the Jawaharlal Nehru Museum. I visited the Ramakrishna Ashram and then came across a hanging bridge made of cane and bamboo, a beautiful example of sustainable architecture. 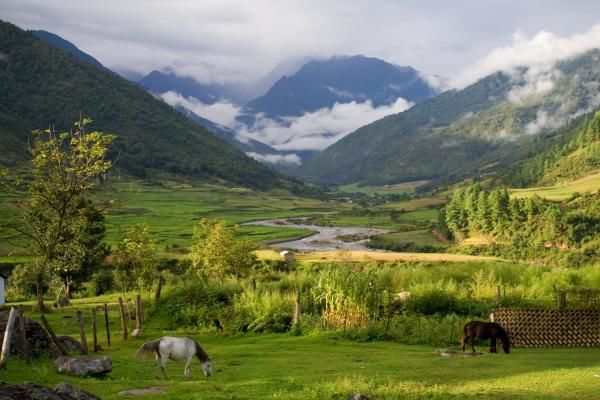 This is one of the oldest towns of Arunachal Pradesh and thus, has a rich history. Pasighat is a perfect place for adventure activities with its cliffs, waterfalls and hanging bridges. The local Adi tribe is a Himalayan tribe. Adi are one of the important tribes of this region and are divided into many sub-groups. However, they trace their origin to the same place. This tribe practices terrace farming that makes the nearby landscape look picturesque and perfect. 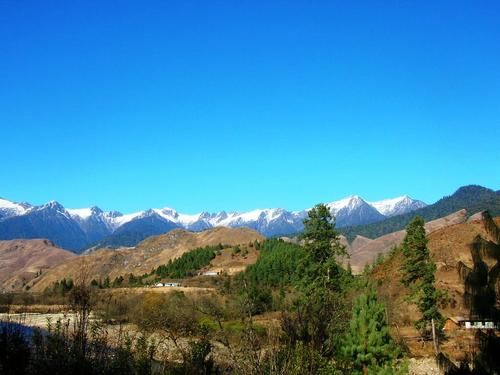