Darjeeling Toy train Where K's heart broke, found a rebound and then Disappointed. 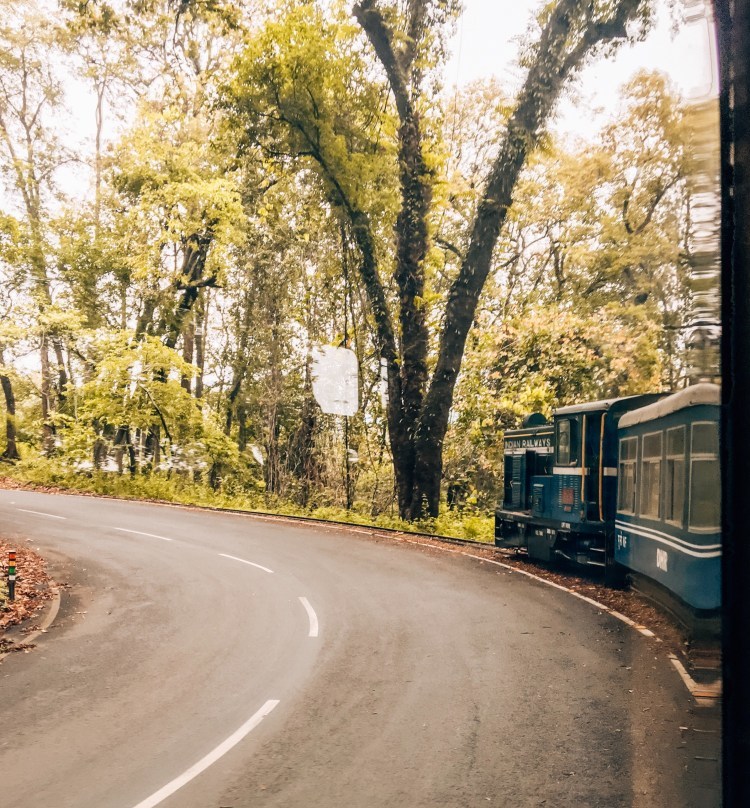 Apparently my friend 'K' saw this super hit movie, The Darjeeling Limited (I didn't), and was obsessed with it since.

A couple of months ago, back in Pondicherry while travelling, she said that she wanted to ride on the Darjeeling heritage train. That Darjeeling toy train ride had been on my mind too for a long time. Good enough!! I managed to get the tickets and we decided to meet in Siliguri after 3 months. She dreamt about the train from the movie and I dreamt about the actual toy train!

After we met in Siliguri, she realised that the train from The Darjeeling Limited was fictional and the toy train which moves 12 kmph is the real Darjeeling heritage train. It nearly broke her heart! But she did find a rebound in DHR.

It was a pleasant morning in Siliguri. The electric tuk-tuk left us at the NJP station, leaving the door wide open for the protagonist of this story - The UNESCO recognised Darjeeling Himalayan rail.

It started about 1.5 hours after the scheduled time. Life suddenly slowed down as we moved ahead, watching the town of Siliguri wake up to everyday life.

As we moved away from the town, tall green trees welcomed us along with the rain. We witnessed the first rain of this year in this very journey.

The train passed by local markets, pretty villages, forests, cemeteries and also opened up to views of breathtaking valleys and misty mountains. It stopped at a locally run canteen at Theendharia which served simple, tasty food... Enough for us to take a nap.

As I woke up, I saw 'K' feasting on Chocolates joyfully, elated by the misty weather and Moody clouds.

We had all the time in the world- we shared different travel experiences, spoke about people, adulating, spirituality and everything else!!

The train stopped for a few minutes every now and then, citing maintenance of either road or the engine. It was getting dark, we were already very late, but there was another 3-4 hours ahead of us. We forgot the tiredness of sitting in the chair car for more than 10 hours when we reached Ghoom - The highest station before Darjeeling. It was pleasantly cold; finally a respite from the sweltering Bombay weather!!!

We reached Darjeeling late and so, surrendered to the demands of the limited taxis to drop us off at our stay!!