An ode to Aleppo

I was 15 years old when I first got to know about Aleppo.

Like REALLY got to know about Aleppo. My knowledge of the Middle East was limited to learning the names of countries in school. But it was one of those (many) culinary shows on Discovery that got me fascinated with Aleppo. 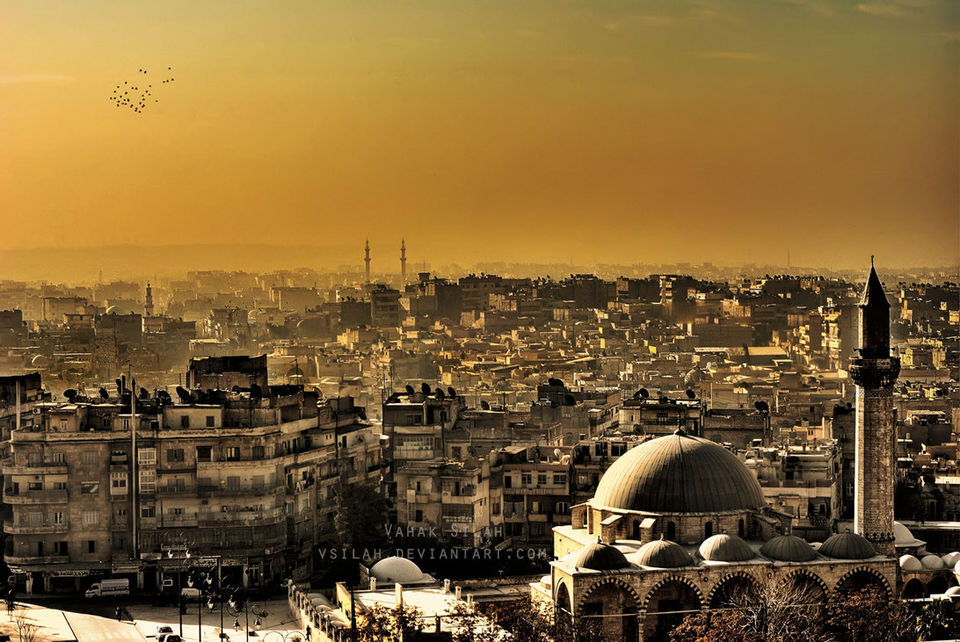 At first it was like a novice crush. I unadmittedly kept looking for shows that would feature more of this ancient city. There was no dish TV at the time, and cable was not as forgiving. This meant going through the schedules in newspaper. But that meant a step forward in my fascination with Aleppo.

We did get there.

Within a few months I knew just about everything one can learn from food shows about a city. It was one world's oldest continuously inhabited cities, the Ancient City of Aleppo and its houses that stood in 14th century still resided warm families.

The narrow vibrant lanes of Al Madina Souq had seen the Byzantines, Romans, French, Mongols, Chinese and Ottomons pass by. The only constant in the violent history of Aleppo was its infrastructure. Buildings carved with swords and stories. 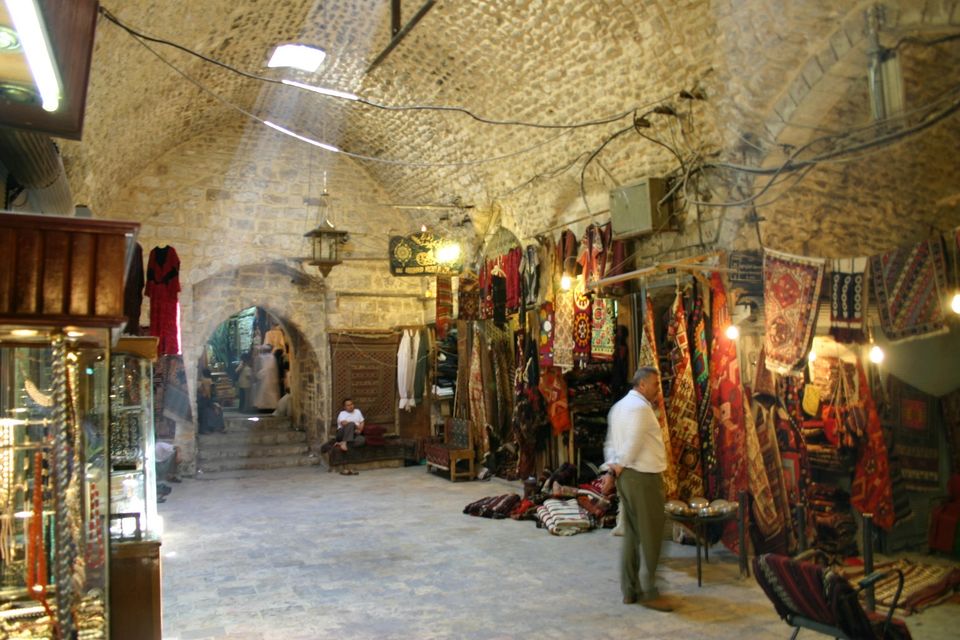 The final stop of the Silk Route, Aleppo was the birthplace of several cuisines. Its placement allured every conqueror, dictator and sovereign, Aleppo endured and took the best from all.

But this ode is essentially a eulogy. 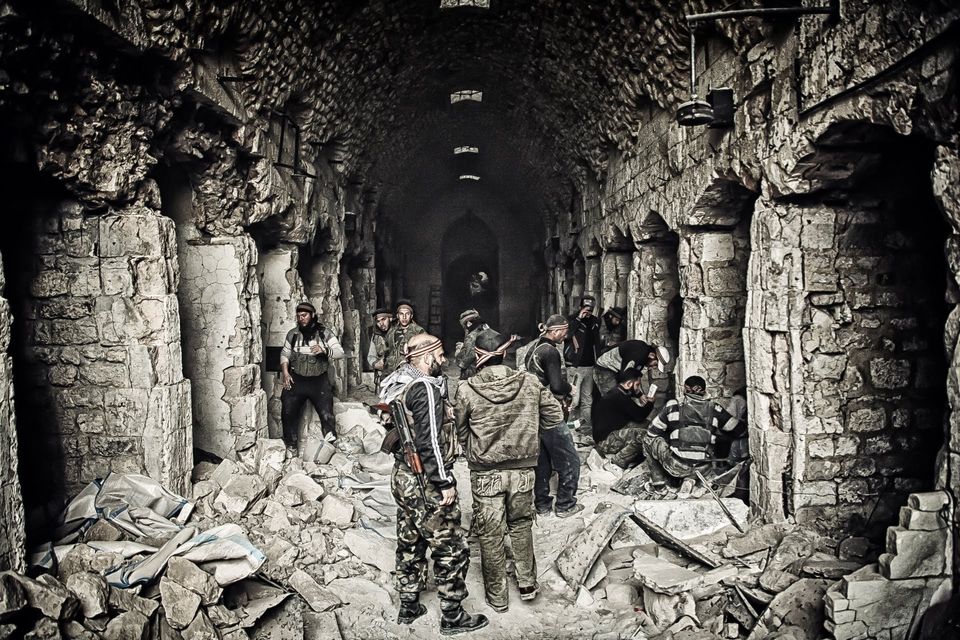 When after watching another episode (I am forgetting the name of the show) on Discovery I rushed to my room, searched for my little diary of wishful things, and scribbled 'TRAVEL BUCKET LIST'' on a new page; Aleppo was the first name I wrote. Like many lists made in youth, it was forgotten after a few more bullets. But the love wasn't.

The second time this love overwhelmed me was in 2014 when news of Old Aleppo nearing ruins made waves. 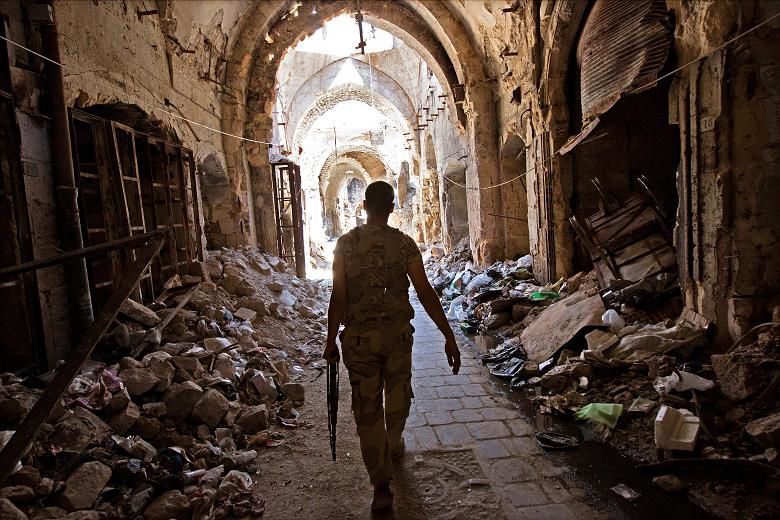 Historians and culturists wept tears of blood as mindless guns bulldozed foundations of a civilization. I was amongst them, mourning for a dream that crumbled in front of me as I sat helpless in my home a hundred thousand miles away. 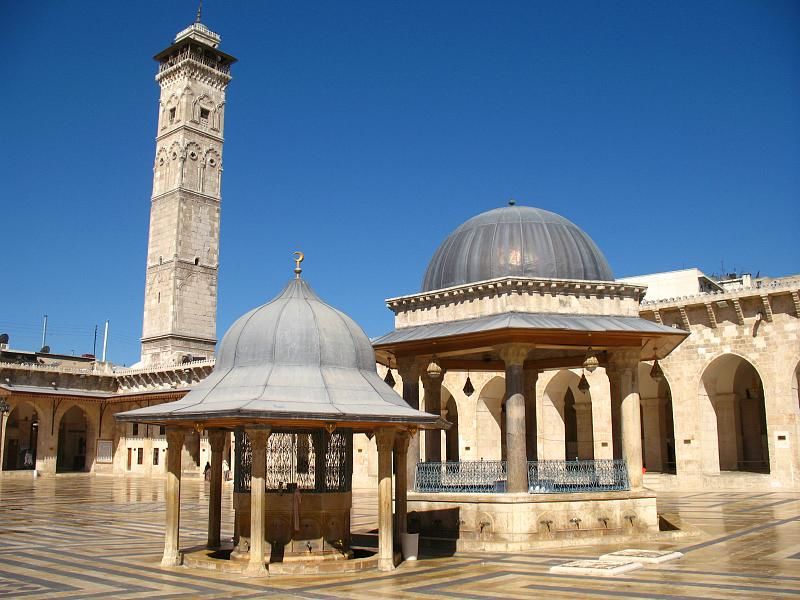 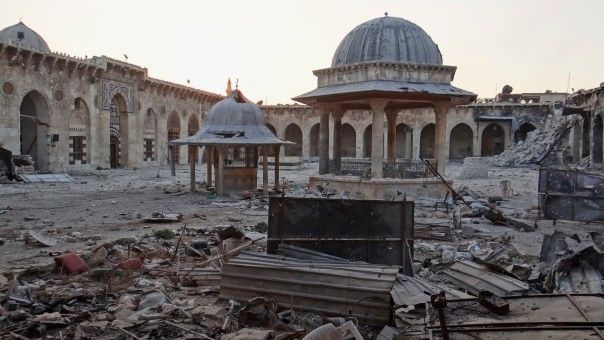 Don't get me wrong, I wasn't upset purely out of the impossibility of my wishlist.

I was mourning the loss of a loved one, who never got to know how I dreamed of it. How I read on and on for nights, the rich, complex and painful history of one city. And imagined running my hands along Bab Antekya, the gate that held back Mongols in 13th century and protected its people during the Syrian Civil War. 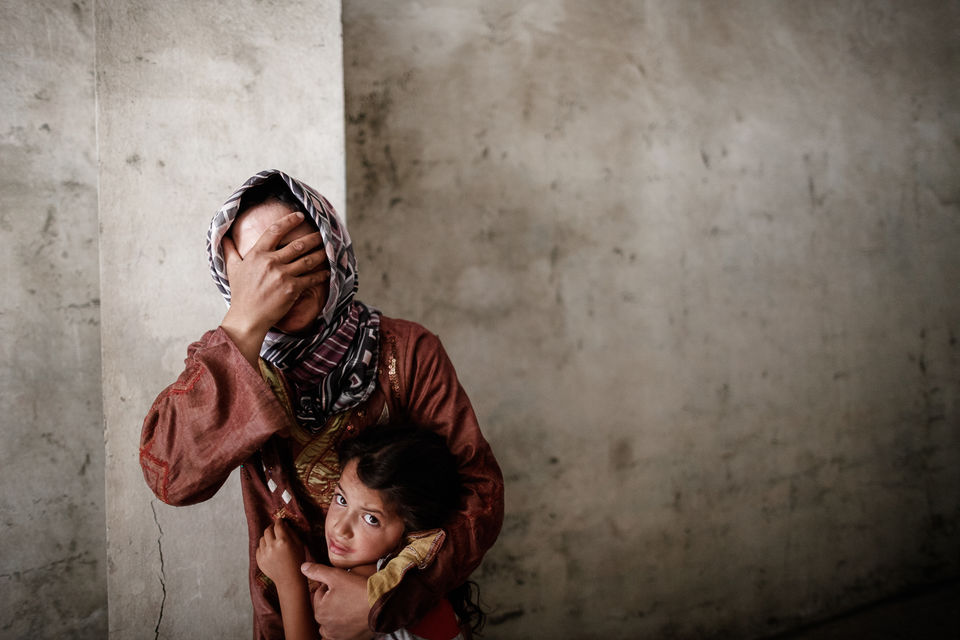 Credits: Sam Tarling
A woman cries after her home is bombed by the Syrian National Army.

The Great Mosque of Aleppo now sits in ruins like a decorated, wounded warrior fighting back death. It's waiting for the war to end, like many it had already witnessed, and be restored back to health. But till then, I invite you in this distant mourning, a meditation on humanity and a brief journey into the glory of Aleppo, which is cloaked under the rubble of war.

This video compilation of satellite images of Aleppo prove what irreparable devastation is looming over this ancient city.

I am using Wikipedia's descriptions of following places (while they existed in their full glory).

"al-Madina Souq is the largest covered historic market in the world, with an approximate length of 13 kilometers. It is a major trade centre for imported luxury goods, such as raw silk from Iran, spices and dyes from India and many other products. Al-Madina Souq is also home to local products such as wool, agricultural products and soap. Most of the souqs date back to the 14th century and are named after various professions and crafts, hence the wool souq, the copper souq, and so on." 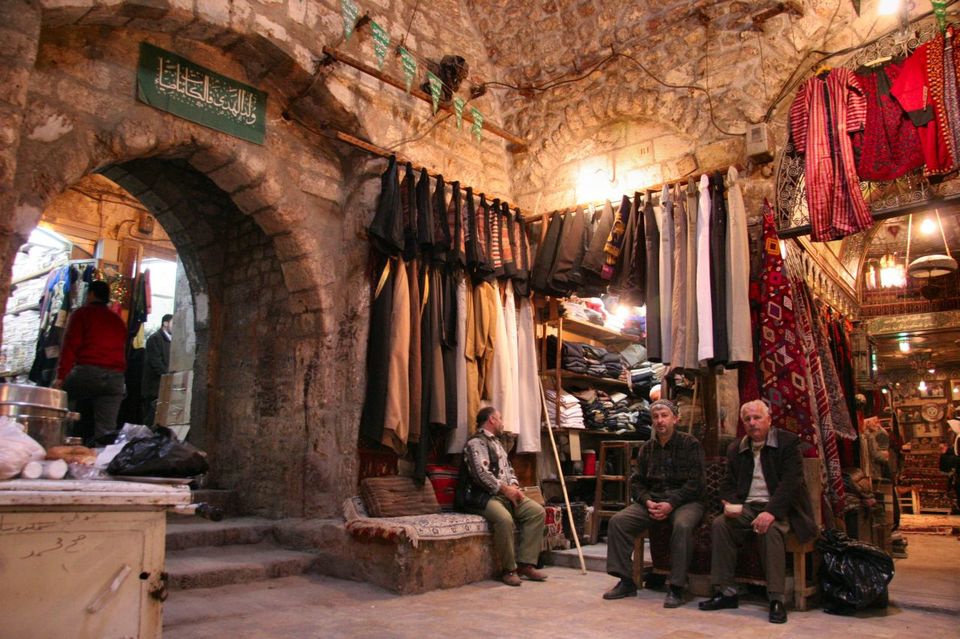 "It is considered to be one of the oldest and largest castles in the world. Usage of the Citadel hill dates back at least to the middle of the 3rd millennium BC. Subsequently occupied by many civilizations including the Greeks, Byzantines, Ayyubids and Mamluks, the majority of the construction as it stands today is thought to originate from the Ayyubid period." 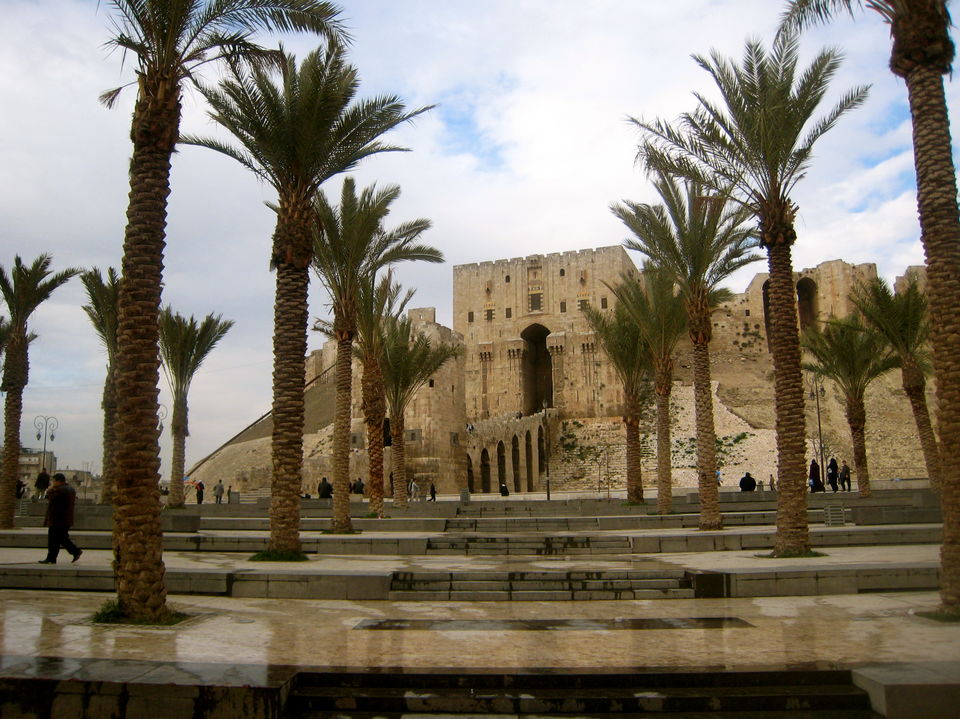 "The mosque is purportedly home to the remains of Zechariah, the father of John the Baptist. It was built in the beginning of the 8th century. However, the current building dates back to the 11th through 14th centuries. The minaret was built in 1090, and was destroyed during fighting in the Syrian civil war in April 2013." 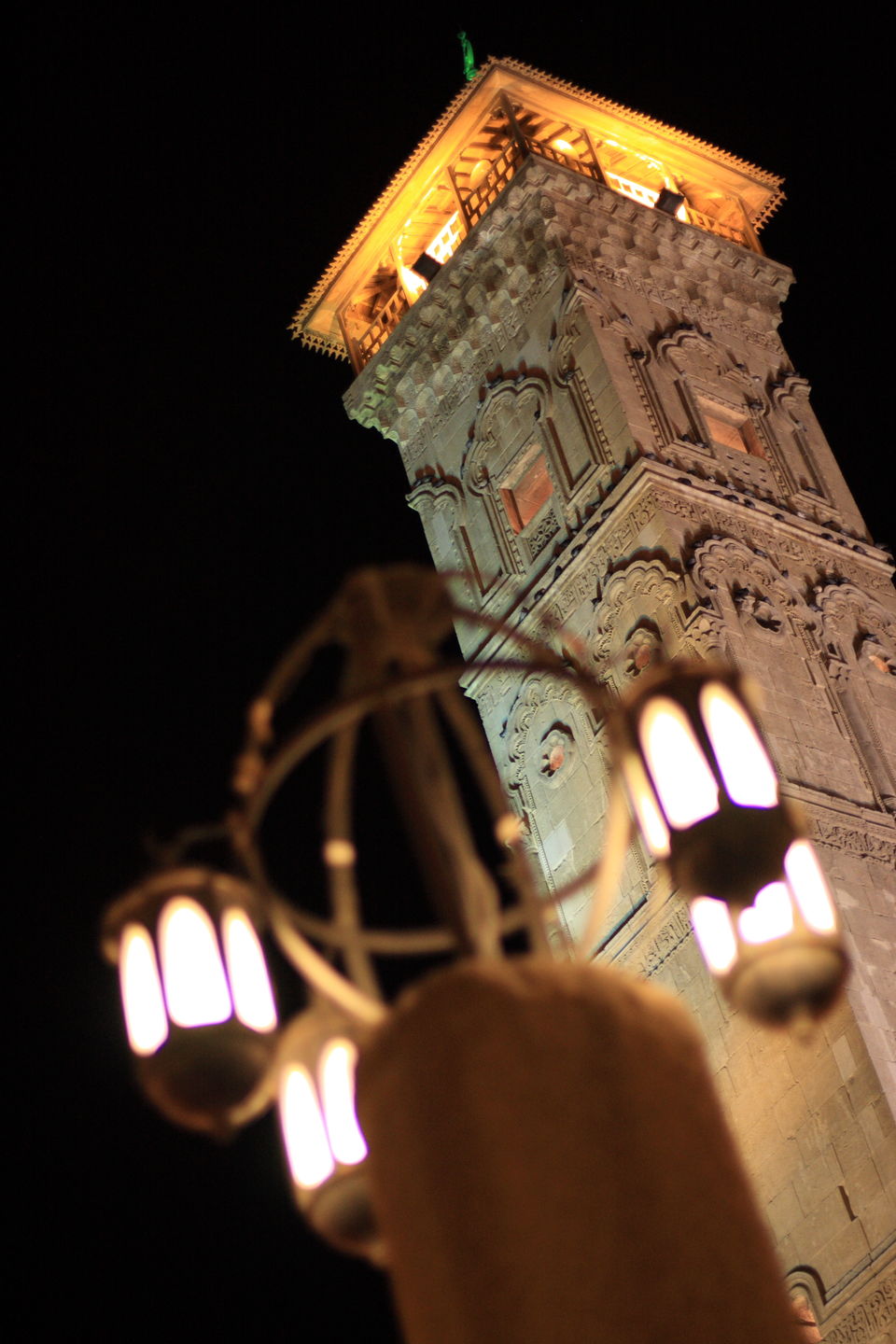 With a grieving heart I find myself hoping against, and praying against cynicism. And though prayers are intangible and hopes are for the naive, I still wish for a painless future for those suffering in and out of Syria. For everyone around the world who are in a war they probably needed but didn't deserve.

If you feel like making a tangible contribution to over a million Syrian refugees without a home, you can visit the kickstarter page here.