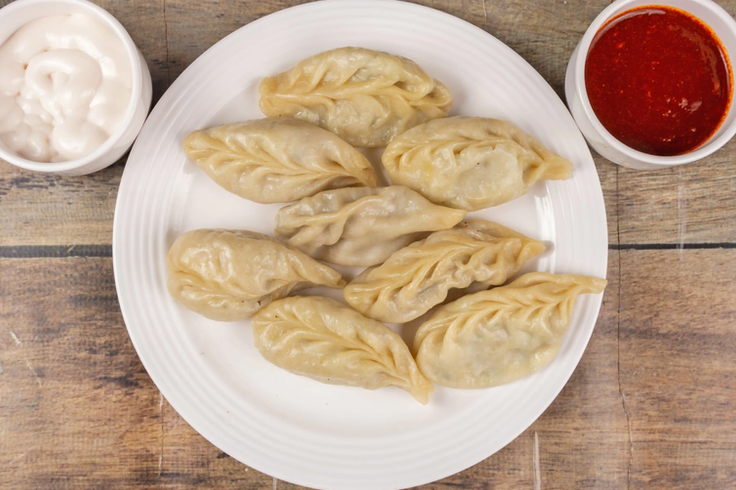 Seated at the foothills of the Eastern Himalayas, Sikkim, India’s least populous state is a sight to behold. Glaciers, waterfalls, rivers, valleys and the third highest mountain peak of the world are just a few of the aspects that make this second smallest state an unforgettable and magical venture. But is this the best Sikkim has to offer? Well, we’re not even close. Sikkim’s diverse cultures and traditions are the highlight of this serene place. It’s rich cultural heritage is a direct impact of its location as it is bordered by Bhutan, Tibet and Nepal. Apart from impacting the traditions and culture of Sikkim, these countries have played a major role in influencing its cuisine as well. Inherent local flavors and those borrowed from the surrounding areas have turned Sikkim’s foods into an explosion of relish and flavor. Some would say that a major reason to visit this state would be for its unique and enriched food itself.

As we venture down the food lane, there's a certain food that prevents you from going any further without a powerful mention. Wonder what it is? Well, I guess that won't be too hard to guess, because momos and Sikkim are complementary to one another. It is believed that the best momos in the country are those that you feast on in Sikkim. While momos are available throughout the country as everybody is crazy about these steamed dumplings made of dough with a filling, Sikkim serves momos that are unique in terms of their flavor, leaving an everlasting memory on your taste buds if you have ever tried them. The common preparations of momos are those stuffed with meat, vegetables and cottage cheese prepared in a perforated steamer which has a soup broth at the base. As the broth boils, it imparts flavor to the momos cooking on the top, hence, imparting flavor in every bite of the momo. In Sikkim, they are served to you piping hot with a side of chilli sauce or chutney and unsurprisingly one plate is never enough to satisfy those undying cravings for the king of dumplings.

Although momos are a delicacy throughout India, this food does not find its origin here. This spectacle of a comfort food has travelled much more than anticipated as today it competes with the tangy, traditional and historic pani-puri and sev-puri for the status of ultimate street food in India. It’s not only the king of the streets, rather it is also a very popular member of menus at reputable restaurants and diners in the country. But only certain North Eastern states in India take credit for producing some of the best momos that India has to offer. Apart from Sikkim, Shillong and Arunachal Pradesh are the other popular momo states where momos are served with exciting meaty fillings with a spicy chutney. Momos, although traditionally Tibetan, were introduced to Shillong by the Chinese community who once relocated there, while Arunachal Pradesh has their Monpa and Sherdukpa tribes, who live in the area that shares a border with Tibet, to credit for the introduction of this marvel into their daily diets.

However, in Sikkim the story is quite different. It was the turmoil in Tibet in the 1960s that drove the Tibetans and their cuisine to scatter in different parts of India. This led several of them to settle in Sikkim, thus, leading to the origin of an iconic dish, ‘Sikkimese momos’. Ever since, the momo has been one of the most popular dishes in Sikkim, gaining the ability to even overthrow the states national dish hyontoen off the charts.

Momos, among other things, are the pride of Sikkim. Although a borrowed dish, the natives of Sikkim have managed to impart their own traditional flavors and magic into the recreation of the momo into their own. While beef and pork are traditional fillings, chicken, vegetable and cottage cheese momos are also gaining popularity among tourists visiting as a major proportion of Indian’s are vegetarian.

If you enjoy travelling just as much as the momo did and love trying different cuisines, Sikkim is definitely a must visit. And once there, do not miss out on the opportunity to indulge in a sinful amount of steaming, flavor packed momos, which will leave the taste of these dough balls etched in your memory forever. 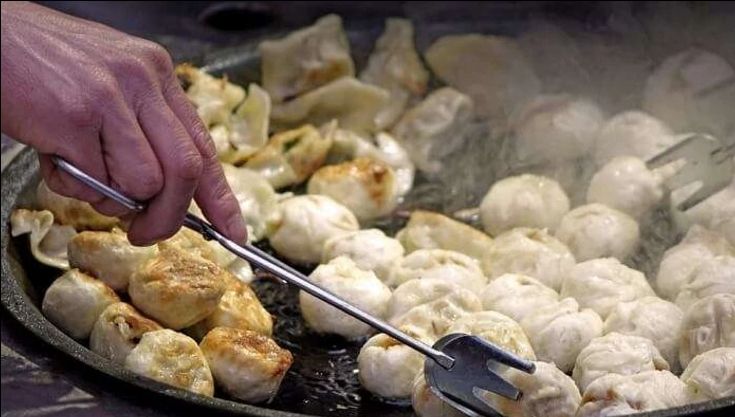