A Traffic Signal You Would Not Dare To Break - To Travel Is To Live!

A traffic signal you would not dare to break - To travel is to live!

By BULBUL on the wing

One of the major highlights of Praslin 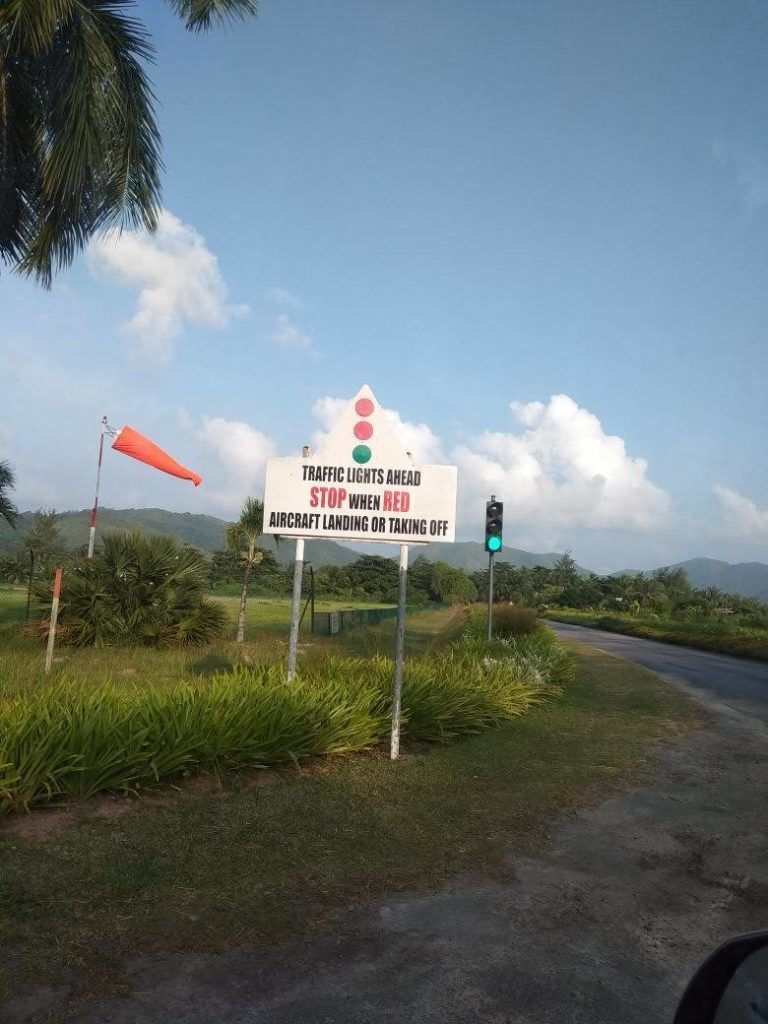 With an area spanning 38 km square and a population of around 7500 people, the island of Praslin, one of the most popular holiday destinations, is an unspoiled tropical paradise with sandy, palm-fringed beaches and crystal-clear waters of varying shades of blue. Moreover, it is an absolute pleasure to drive on the island. You never get stuck in traffic.

After visiting Vallee de Mai Nature Reserve on the first day, me and Akshay, my husband, both just wanted to drive around the island and stop in between to soak in the otherworldly vibes.

Our flight back to Mahe was at around 6 pm, which meant we had good 4-5 hours in hand. Without giving a second thought, we chose to drive around Praslin.

One tip: Many animals like dogs and crabs cross the road, so be careful not to harm them.

"Let's go towards the airport and explore that side, before we pick up our stuff from the hotel," I told Akshay. Little did I know that I will come across something that I have never seen or heard about.

We reached the airport, drove a little ahead. The road was quite steep and not as good as the one we were driving on till then. So, we took a U-turn.

As I was changing the song on the music player, Akshay stopped the car. There were 3-4 cars in front of us.

"How can there be traffic here?" I exclaimed.

"There must be a car break out or something. Let's wait for some time. Anyway, most people here speak French, which we won't understand."

Akshay made sense. So, we decided to wait for sometime before stepping out and talking to the people.

After 5 minutes, we saw an aircraft taking off. It seemed to have appeared from nowhere as it was quite low to ground. After it crossed the road, the cars started moving. We started driving too.

"Akshay, look. What the hell is that?" I told Akshay while pointing towards a traffic signal. How come I had not observed that yet.

"Take U-turn and drive till here again." Akshay had figured out the reason behind my excitement and was more than happy to follow my driving instructions.

A traffic signal that you would never break

As we reached that point again, we stopped near the signboard placed before the traffic light. The traffic light was red. About ten minutes after waiting at the signal, we heard the sound of an aircraft. Yes, the inter-island prop plane landed at Praslin airport, the traffic light turned green, meaning we could cross the signal. The cars on the adjacent road (the traffic signal is on both sides of the road) started moving too.

Okay, this isn't that simple. The planes come in really low and could potentially hit a car if it was going through at the same time. That possibly makes it the only traffic signal that nobody can dare to break. And I highly recommend to include a visit to this landmark in your travel guide to Seychelles. After coming back to India, I myself browsed through so many travel blogs to read if there is anything mentioned about the traffic signal. But, I hardly found that in a couple of them.

To conclude, I experienced a traffic jam on the small island of Praslin, one of the most popular holiday destinations. It was just not for the usual reasons, you would think.