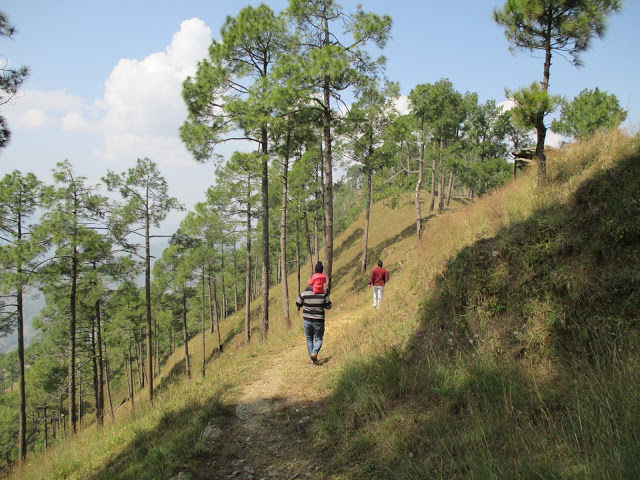 The Almora town is situated in the Kumaon division of Uttarakhand, one of the few selected places which have been settled not long by the British rulers but long before their arrival. The oldest is the history of this place, the same prosperity is the culture here. For this reason, the fame of this city is also as a cultural city. The culture here is full of festivals, festivals and the architecture of the temples here. Given the number of temples located here, if it is given the name of the temples of the temples then there will be no wrong.

A morning of Almora

Along with the domination of the temples, there is also abundance of natural scenery. While coming to Almora, when the Kosi river starts to run along, when Almora arrives from outside looking out of it does not seem to know. Crossing the long spiral movements, you do not know what will happen in front of you the next moment. Until a while ago, when you are playing dense trees with pine trees, the forest of the python is exposed in the blink of an eyelid. It is said in Almora that the British pine trees were planted for the destruction of the mountains. At some point this thing seems even right, because there is no other tree or grass on the far side where pine trees are there. This is because the pine absorbs all the water in the ground and the land starts becoming barren, while the other and the fir trees are very green. Different types of small trees fall under the shade of pine. Well, I do not have very strong information about this. If you look like green eyes on the way, it is better to think now that the pine or fir.

Along with Kosi river

Due to its elevation at the height of 100 hundred and twenty meters above sea level, the weather here remains pleasant all year round, Yaniki can be visited throughout the year. It is suitable for the arrival of the summer from April to June and the time of the Dussehra festival in October is appropriate. December and January are also good for snowplow wares, but there is a need for adequate warm clothing at that time. If there is no snowfall in the main city then the high places such as Kasar Devi or Binsar tourists do not disappoint.

Almora is well connected by all the roads through the road. Here is the nearest railway station Kathgodam and the airport Pantnagar. Trains come from Kathgodam stations in Delhi, Lucknow and Bareilly. Trains coming from Delhi are Train Kranti, Shatabdi Express and Ranikhet Express. In the Contact Revolution and in the Centenary, the ticket is available but for the Ranikhet Express, there is a lot to be done before long. If there is no train option then buses from Delhi to Almora and Haldwani continue to operate continuously. After reaching Haldwani / Kathgodam, you can tax a government bus or stock to go to Almora, which takes about three to four hours. Once the shares sit in the taxi, the cool air which comes from Bhawali, makes the trip fatigue disappear. After that, the Kaanche Dham falls on the way, if the train stays there, then forget to eat the mung beans and bread pakoda along with the temple. From here on, Almora remains a little bit and you reach the spot as soon as you wake up. Welcomes you a little while before reaching the cultural civic Almora welcomes you on a board that is marked on.

Accessed, now the big problem is that what can be seen, let's solve them too. Let's take you now to know about the major sights of Almora-

Chitai Golu Deity - mentioning Almora and not mentioning the god of justice here is unbearable. Located 14 miles away from the city, the fame of this temple is spread far and wide.Yes people apply as letters and bells are made when they are finished. If the weather accompanies it, you can see the scenic views of the Himalayas from here. There is also a forest vihar located nearby.